Sun again!  We're loving this weather.  In fact, it's ideal for us.  The breeze is cool, the day temperatures aren't too warm and we have sunshine.

No rush this morning.  I'd been working until about 8.30pm so was happy to have a relaxed morning.  We'd been warned that there was no mooring allowed between bridges 162 and 166 due to security surrounding an "event" in the area.  Our plan was to get beyond that stretch.

Soon after heading off and through the first lock (which had gates wide open in our direction!) we passed beneath the M25.  For non UK readers, it's a huge ring road that encircles London.  I think it's about 20 miles from the centre of the city.  Moored beneath the motorway was a fellow painting his boat.  It looked like he'd been there for a while but I guess it's a good place for painting, protected from rain and sunshine.   We also passed a boat with an interesting name.  It was called "Island in the Stream" and had a picture of Tower Bridge.  Wonder what the story is?

At Hunton Bridge Locks there was a couple of walkers just as we approached.  They were very interested in our life aboard so Mick asked them if they'd like to hop aboard to the next lock.  It turns out Caroline was walking from Birmingham back to her home in London... along the towpaths.  Her friend John had joined her for the day.  At the next lock they said farewell and walked off ahead.

A little further along at another lock, the walkers were standing beside the lock with a pair of policemen.  Oddly, the policemen were holding windlasses.  Nobody was permitted on the towpath until the next lock beyond and we were told we couldn't stop during that stretch either.  The walkers would either have to convince a boat to take them along or they would have to make a wide detour by road.  Having just stepped off our boat a little while ago, we had no problem inviting them back aboard.  The police officers were ensuring that everyone was aboard.  Mick had a nice chat with one of them as they worked the lock.

I sat in the cratch with Caroline to chat away the time to the next lock while John stood at the stern with Mick.  As we neared I could see there was a mobility scooter apparently abandoned beside the lock.  What a curious sight.  A little closer and the sight was even more curious.  The owner of the scooter was sunbathing on the grass beside the lock!  He basically ignored us until the chatter of 6 people roused him from his nap and then rolled over to say hello.  What a strange place to sunbathe.  We farewelled Caroline and John.  It was lovely to meet you both.

On we went to Cassiobury Park where we planned to moor for lunch.  It's absolutely idyllic cruising quietly through the trees that line both sides of the canal.... and to think we're so close to London.   We noticed quite a police presence in the area with plenty of police cars parked on roads nearby and windlass swinging police officers.

There was a bit of mumbling and grumbling as we both pulled across to a vacant stretch of canal.  We're looking for a patch of shade so the boat doesn't get too warm in the sun and I can work without having to close the blinds from the glare... nb Winton's Folly is looking for a sunny spot to moor.  Unfortunately we both lost out as they were in front of us in the shade and we were behind in the sun.  Barry wasn't too happy about the trees either as they sun would soon be behind them.

The three of them walked off to investigate moorings further along and to check out the park while I got back to work for a bit.  A police helicopter circled about for quite a while during the time I was alone and working.  High security for the upcoming "event".

I heard a whistle through the open side hatch and saw Mick walking past through the park opposite.  He returned soon after, saying Barry and Carol had gone to walk further afield.  I went for a walk myself and really enjoyed the park.  There was plenty of little streams with splashing children, a weir with frolicking dogs, a kids play area with obligatory ice cream van and even a little miniature railway.

By the time everyone was back it was nearing 4pm.  I had secretly hoped we could just stay moored here.  There won't be all that many opportunities for mooring surrounded by trees and birdsong but not much else as we're about to hit London!  I left them to the decision-making and they decided we'd stay here.  Woohoo!

Mick got out his boat washing and polishing gear as the whole boat was covered in a film of dust.  He's happy now that one side is clean again and will be looking for an opportunity to deal with the other side.

We've both had our first shower in the new, improved version.  It looks great!  Not so easy to get a decent photo of a shower in a narrowboat bathroom but I did my best.

Today's photos will have to speak for themselves. 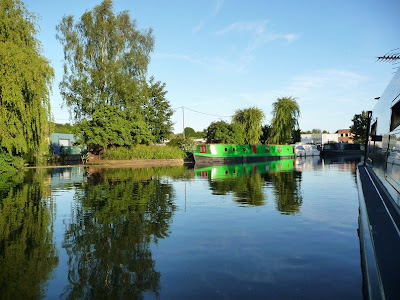 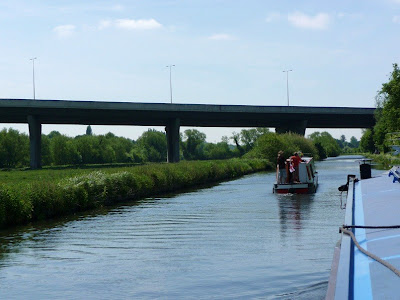 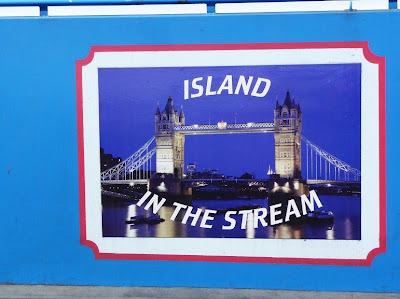 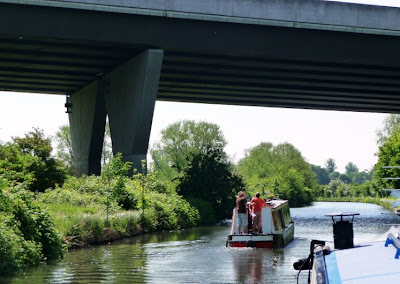 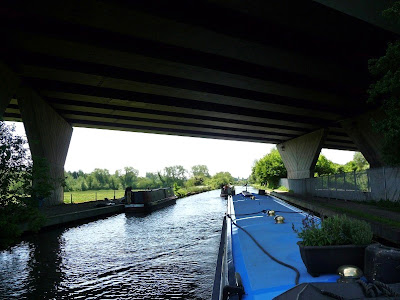 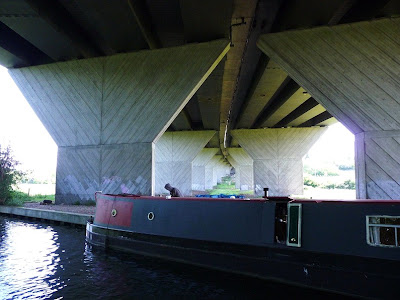 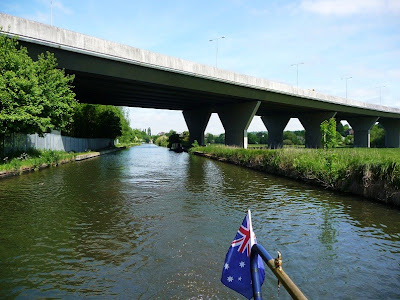 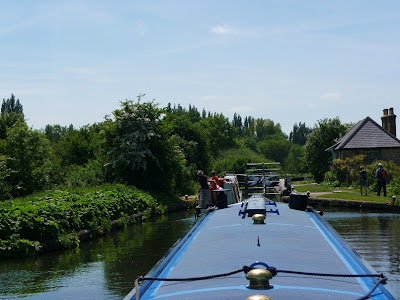 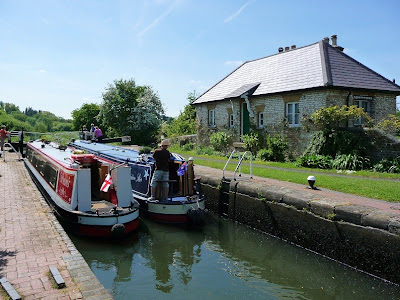 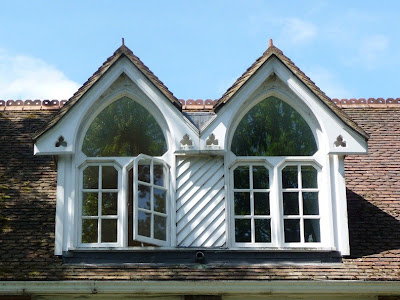 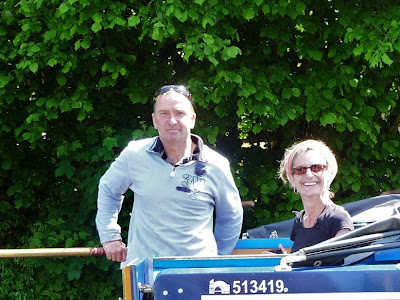 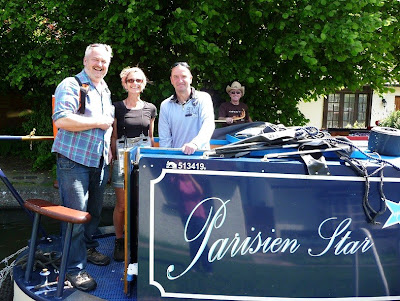 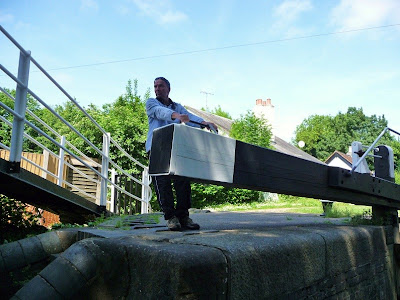 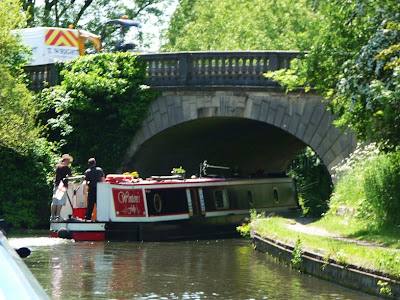 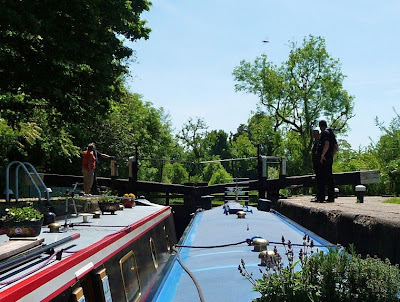 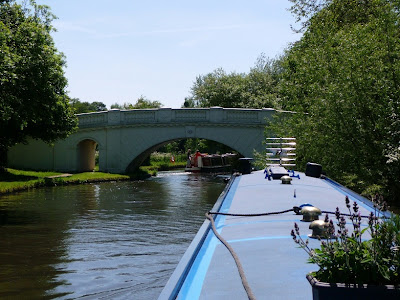 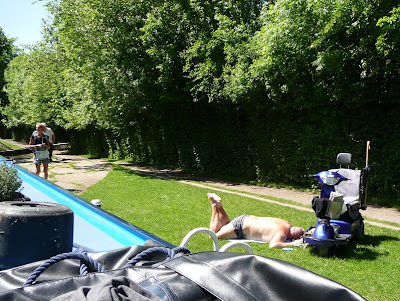 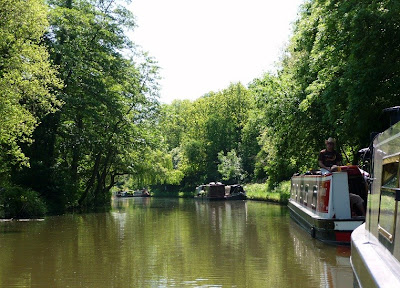 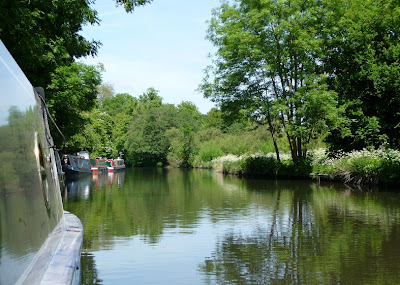 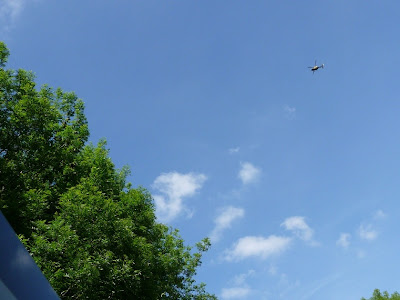 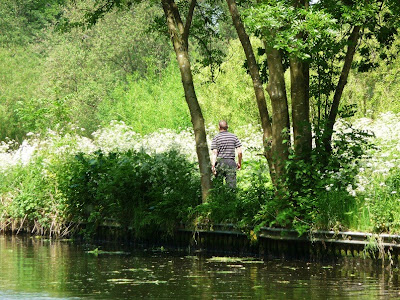 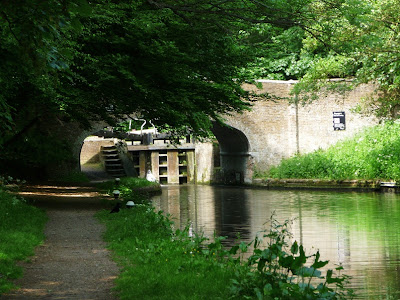 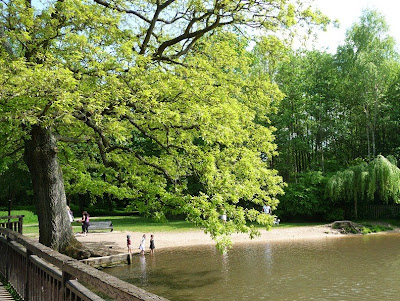 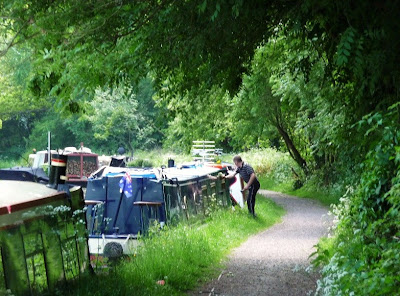 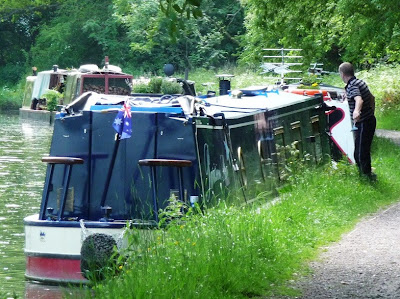 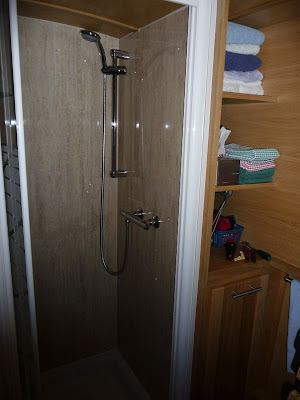 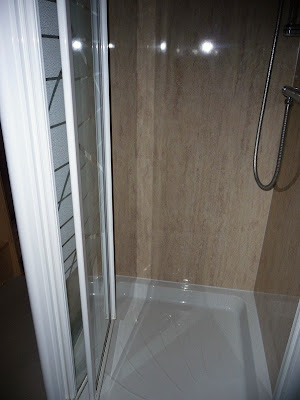 Hi both love the shower nice job Mick , ps island in the stream is a song by dolly parton and Kenny Rogersi

It was an absolute delight to meet you, Mick, Barry and Carol today. And thank you for the lift(s)! Not only was it deeply exciting to be ON The canal as opposed to by it but also a real relief that we could ask you if we could cadge a second one when we found out the towpath was closed - it would have felt awful to miss out even a few miles of my journey home.

It was a privilege to have a nose around your home - it's beautiful. I hope you enjoy London when you arrive - remember to check out the Thomas Hetherwick bridge in Paddington basin!

With love and thanks - Caroline

Thanks Adam. Was wondering what all the fuss was about.

Roly, I know the song but what's it got to do with Tower Bridge?!