Mick was champing at the bit this morning... to be finally leaving London.  It is nice to be moving again. We headed off late morning after me doing a couple of hours work, and everyone catching up on some chores.  Plus, we had a boaters meeting to discuss the next couple of days plans.  There was a stop for groceries at Sainsbury's and a stop for a water top-up.

The goal for the day was the place we'd moored on our way into London - a few hours away.  We had our fingers crossed that we'd be lucky and find a mooring on the offside before Willowtree Marina.  We'd seen the lovely grassy moorings on our way past but they were full to capacity.  When we got there each end of the moorings had about half a boat space.  Barry had a go at getting into the first space but that meant tying the stern of the boat to a tree amongst shrubbery.  We had a go at the other end where a short boat had just pulled in leaving the half space behind them.  We managed to get the boat in and there was a convenient fence deep in the bushes and undergrowth so we could tie the bow rope to that.  It wasn't too bad as we could get on and off the stern easily so Winton's Folly came and breasted up.

We've spent a bit of time lately with their windows and portholes so close we can reach out and touch them.  Everyone's pretty good at communicating through the windows.  If we each open a door of our side hatch (we can't open ours all the way because they would hit Winton's Folly) we can lean out a little and talk down the gap between the boats. 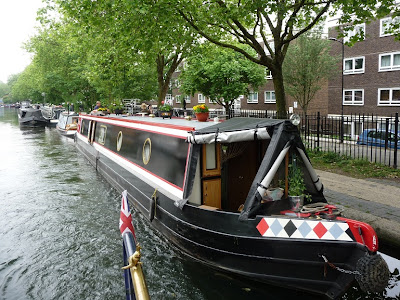 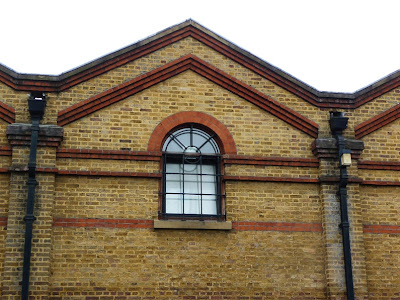 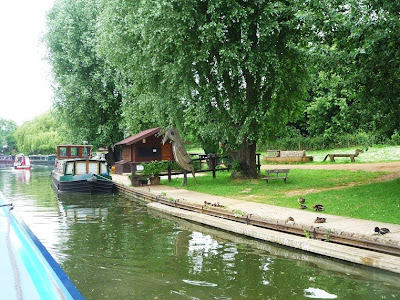 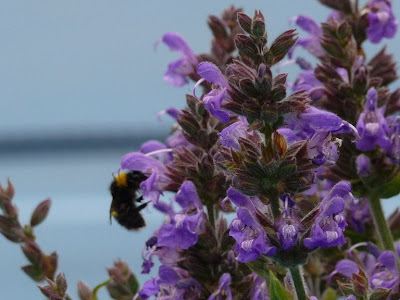 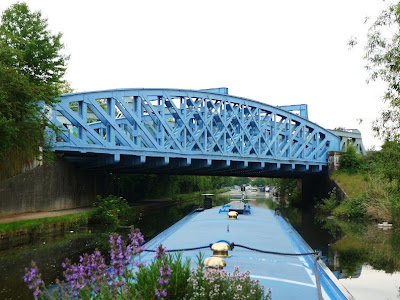 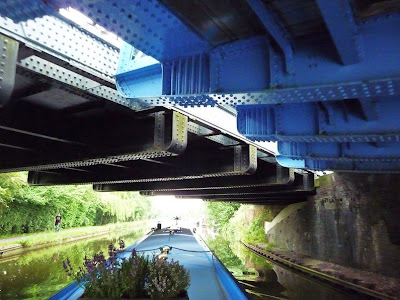 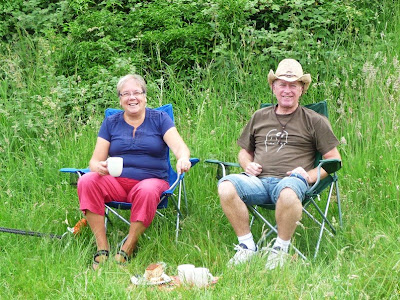 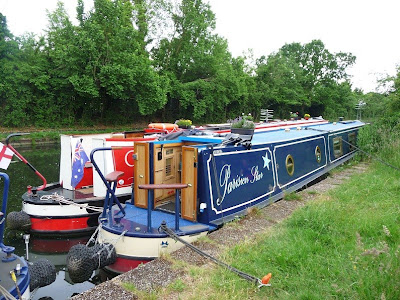 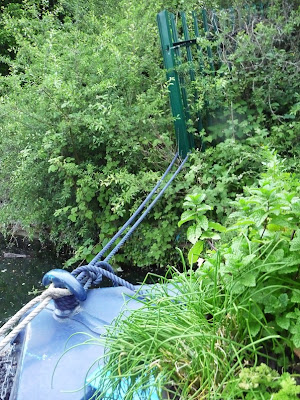 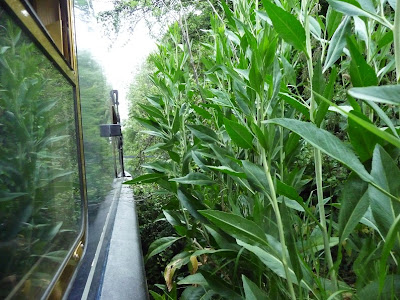