The forecast for today was dreadful. Rain all day.  And... it did.... aside from first thing in the morning!

We decided to move on anyway with the Crick Tunnel and then Watford Locks ahead of us.  Mick opted to do the lockwork and I, somewhat reluctantly, agreed to be steerer through the Watford staircase locks.  We set off just before 9am and by 10.30am we were out the other side.

The locks were ok but I really do hate those extremely tall gates with water spitting between them.  A boat came along behind us and steered into the the top lock of the staircase just as Mick was opening the gates to let me out the next one.  As their boat reached the front gate (I could see it way up there and watched in horror hoping they'd stop before hitting the gate) it forced a torrent of water over the top of the gate - one of the 2 things I fear about staircase locks (the other being the gates collapsing under the weight of the water)!  I told Mick to get a wriggle on so we could get a little further ahead of them to prevent a repeat performance.  All went well from there on.

I got to come inside after the locks and dry off while Mick, in his soggy waterproofs, stayed out to steer on.  We pressed on past Norton Junction and then through the Braunston Tunnel.  Four boats coming towards us this time.  Despite Micks best efforts to hug the wall we still had three of them dong into us.  One of the passing boats called out that they were blog readers..... perhaps bloggers themselves?  Mick can't remember what they said their name was!

We stopped for lunch just after the tunnel.  Poor Mick was like a drowned rat.  After our lunch we decided to move up to the lock landing and wait for a boat to come along and share the Braunston locks down with us.  As we chugged past the few other moored boats we saw the hire boater who Mick had pulled out of the canal yesterday.  Bit sheepish but feeling better.  We called out that we were going to wait for a boat to share the locks with us.  There was a pair of boats about to come out of the lock so we decided we would go into the lock and wait.  Meanwhile the hire boaters decided they'd come along with us through the locks.  We found a mooring and Mick found Tom from nb Waiouru while I was sorting out pram cover, lighting the fire and washing up.

Mick was horrified at the mud accumulated at the stern and just inside the rear doors where we stand to steer.  He couldn't possibly leave it like that so decided to have a clean up.  While Mick did that and then came in to get dry and have a shower I went for a walk to find nb Waiouru.   It was lovely to meet Tom and Jan after being in touch by email for well over three years.  I also met their son, Daniel, and we had a nice chat over a cup of tea.  Angie... they're the next recipients of a pair of mooring pin covers!  Meanwhile it continued raining!

While we ate dinner tonight the sun peeked out just long enough for me to take a photo of the sheep roaming just outside our side hatch. 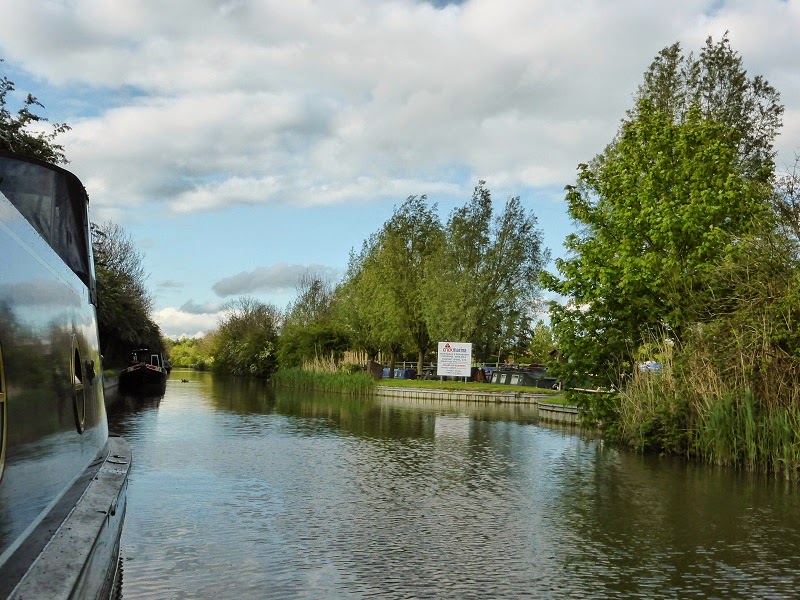 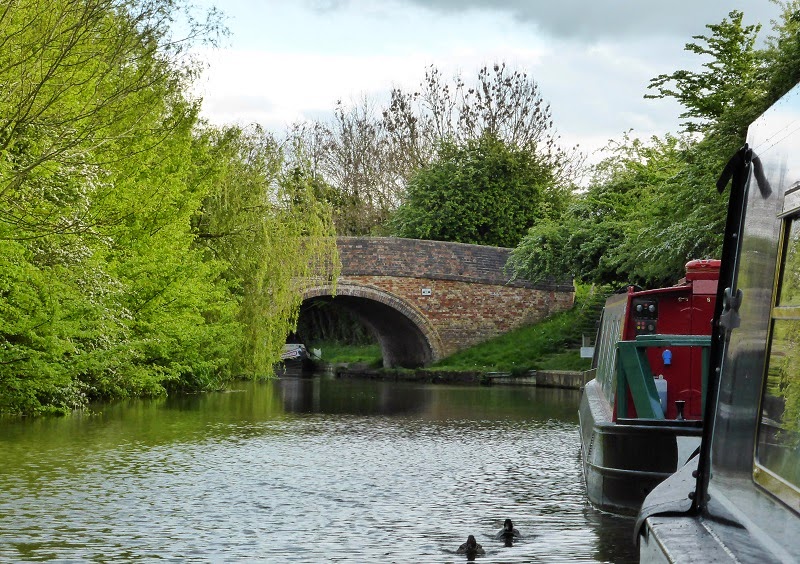 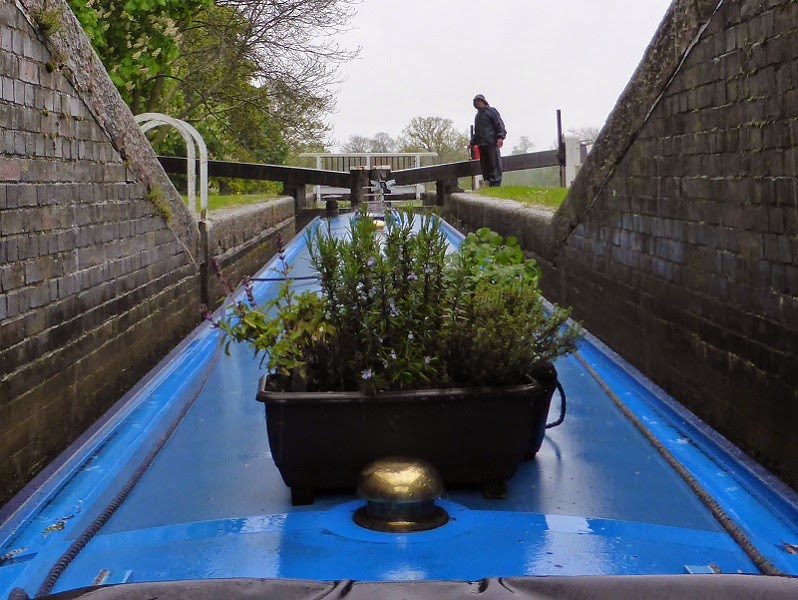 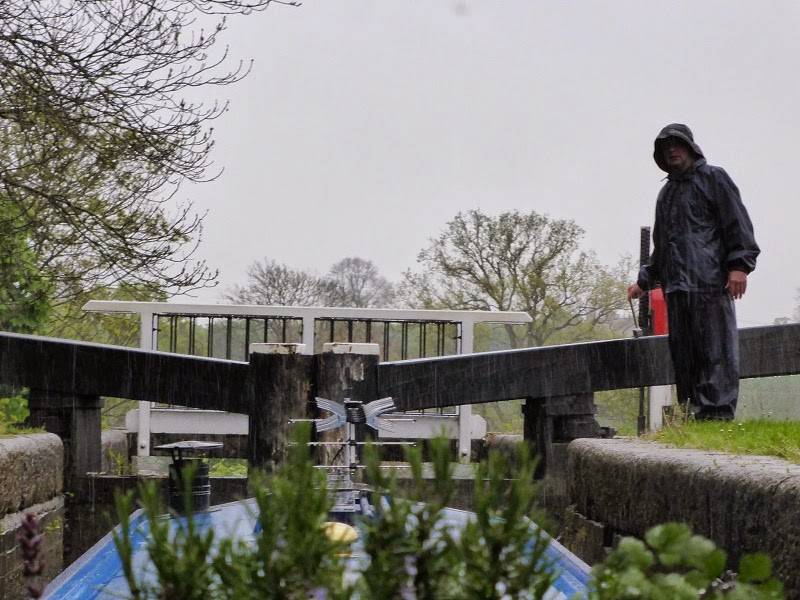 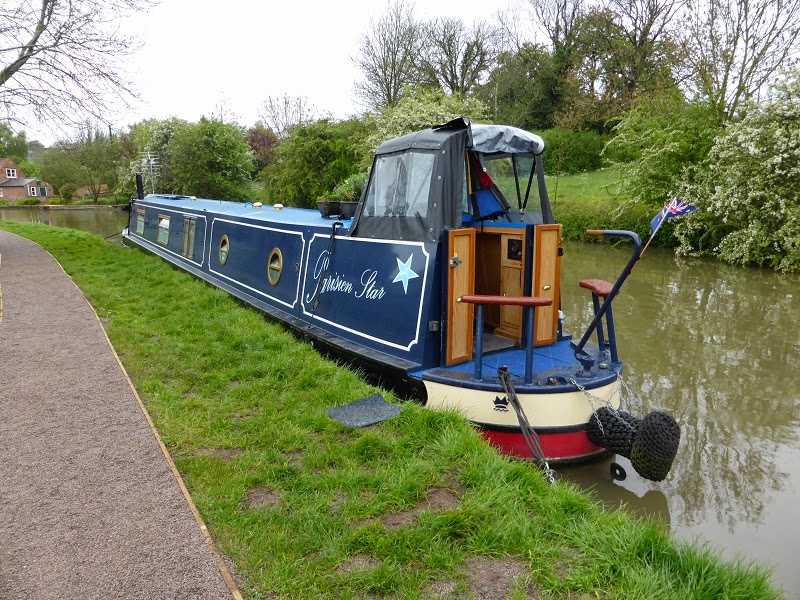 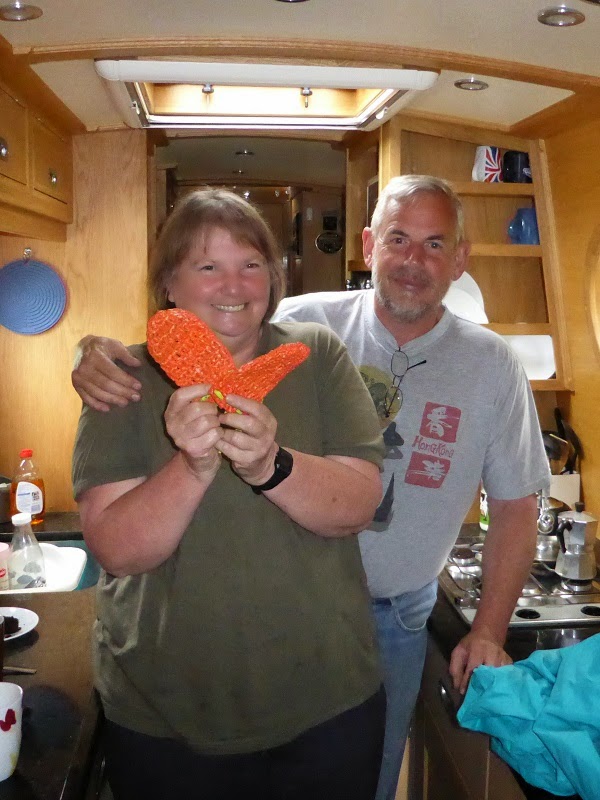 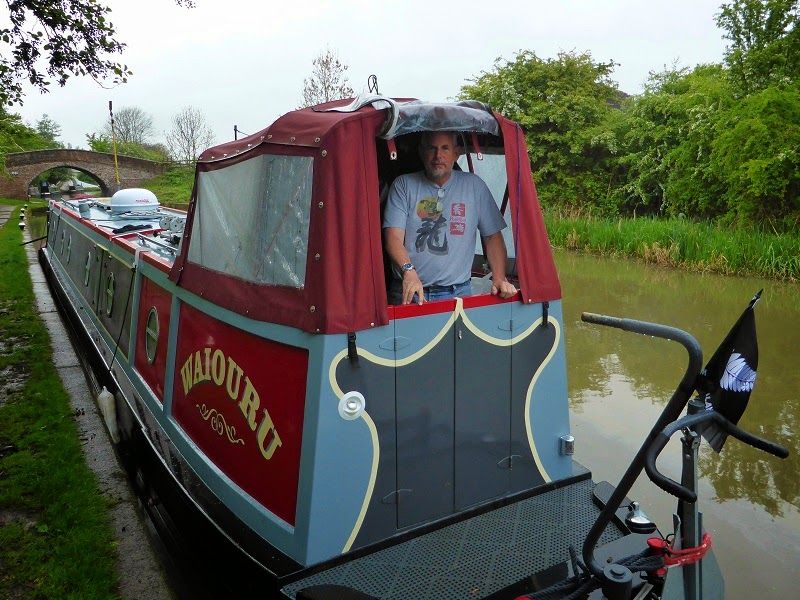 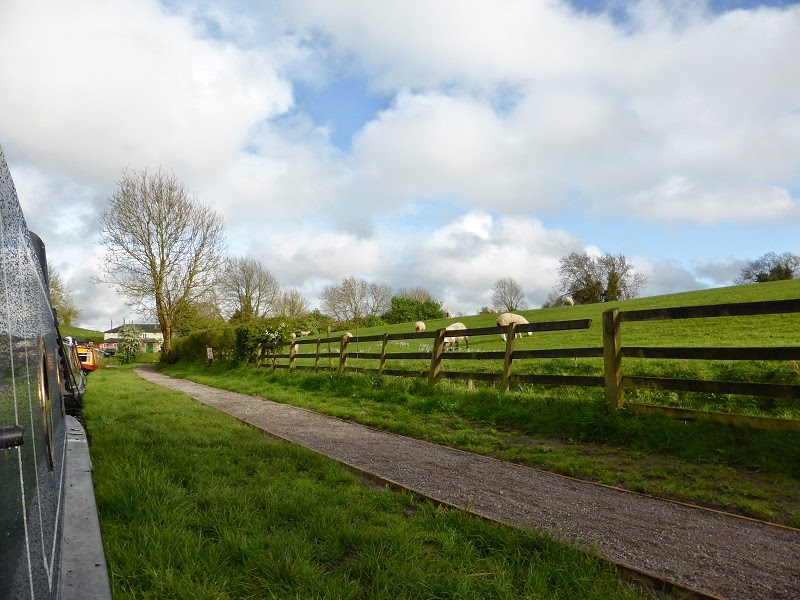 The meeting of two of my favourite bloggers there's a thing.
I checked back to Toms blog and was surprised by his comment you had covered more of the system than them and they had 18 months head start on you!

Ade, it's almost over! We were lucky to bump into Tom and Jan, having nearly completed our trip and not passing them to date.
We really didn't rush our cruising so I was surprised when Tom said we'd cruised more of the system than they had. But then, we had more of a time limit.
Cheers,
Elly