Useless internet on our mooring in the Welford Arm so this post is a day late.

With the number of days left onboard (9 left) dwindling fast we decided to cruise again today.  Our original plan was to spend a couple of nights in Crick.  We looked at our cruise guide and decided to head to Welford at the end of the Welford Arm.  It was yet another mild and partly sunny day.  Our feathered neighbours took the kids for their first swim yesterday afternoon.  It appeared to take a bit of encouragement to get the last 2 of the 5 chicks to get out of the nest.  They didn't return at night and we wondered where they'd gone.  This morning I saw them returning but somewhere along the way they've lost one chick.

We spied nb Triskaideka on her mooring looking shiny as a new pin!

I had a fair bit of work to do so watched the scenery pass by from my "desk" as we cruised.  Even from inside the smell of the canola was thick in the air.  It's so lovely to see the bright yellow fields against the lush green of England compared to the landscape at home.

We stopped for lunch a little way after passing Yelvertoft Marina. It was silent where we moored for lunch except for the birds twittering in the hedgerow beside the towpath.  This whole stretch of canal has been extremely rural.  Some areas there were dense clumps of insects hovering above the water.

I had a break from my work and sorted out a couple of tubs of stuff.  First it was the medicine/first aid box, and then the toiletries tub under the bathroom basin. It's a start.

The junction with the Welford Arm is quite a wide one which makes for an easy turn.  There's just one lock shortly before the end of the arm and we followed the advice in our cruise guide and winded in the marina entrance and reversed back to the visitor moorings.  I continued with my work and Mick walked to the village for a loaf of bread. 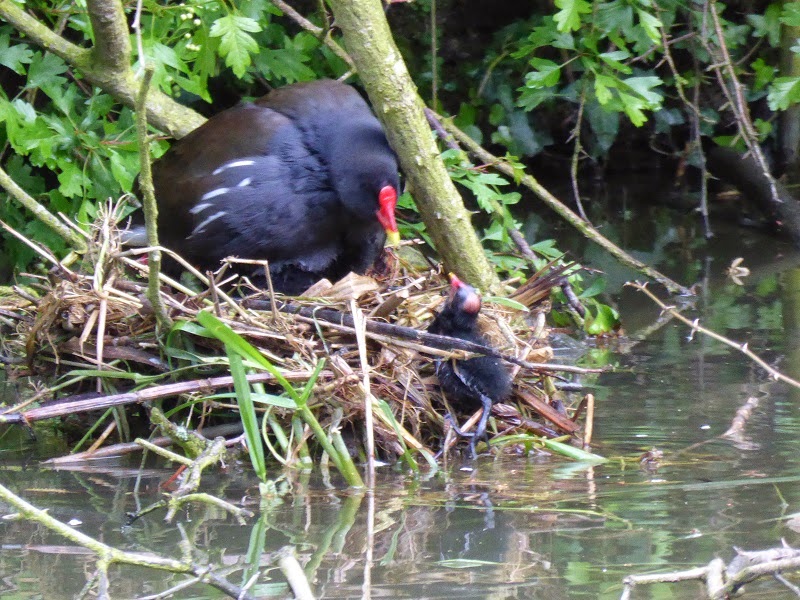 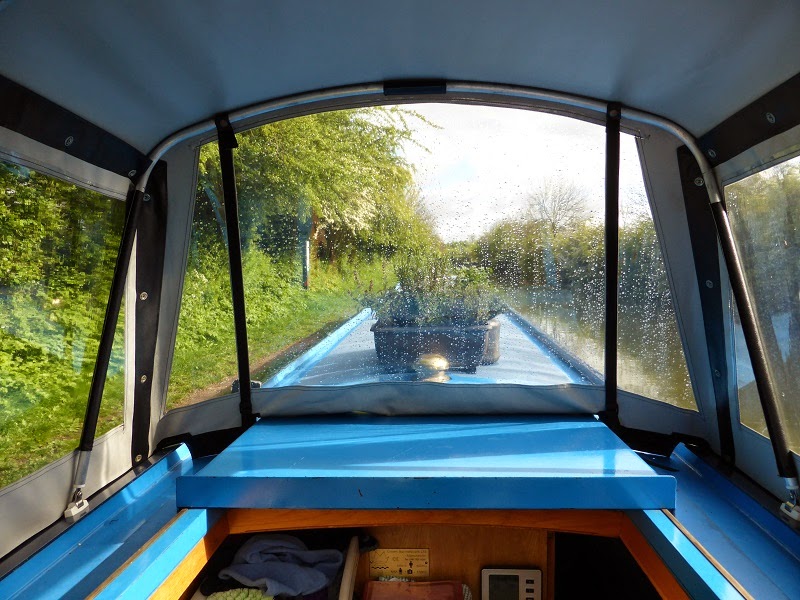 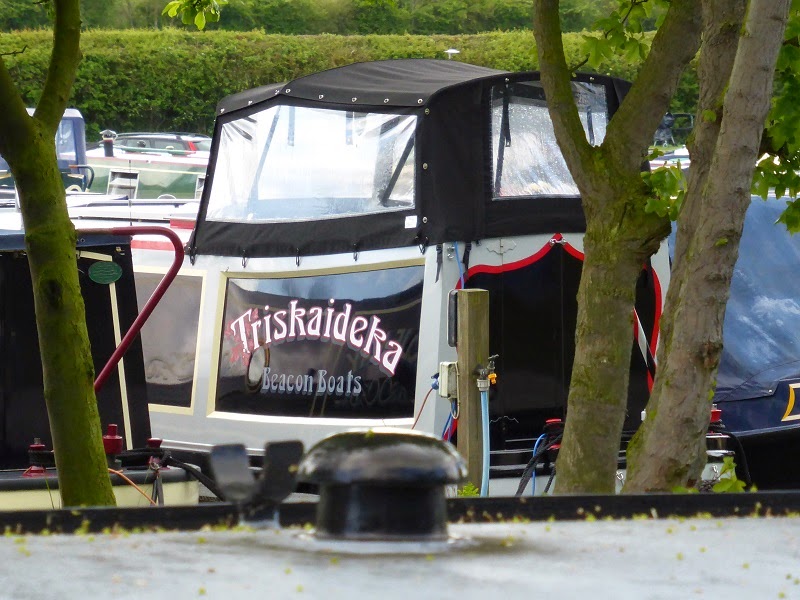 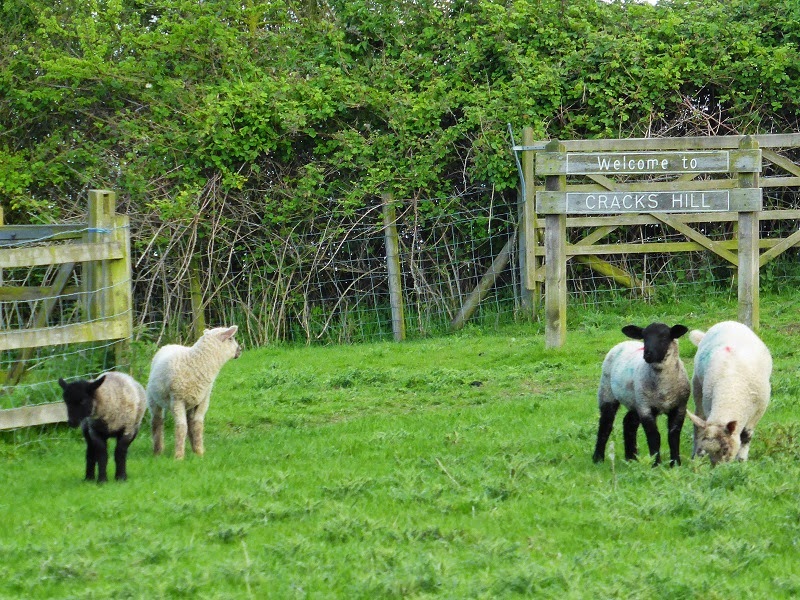 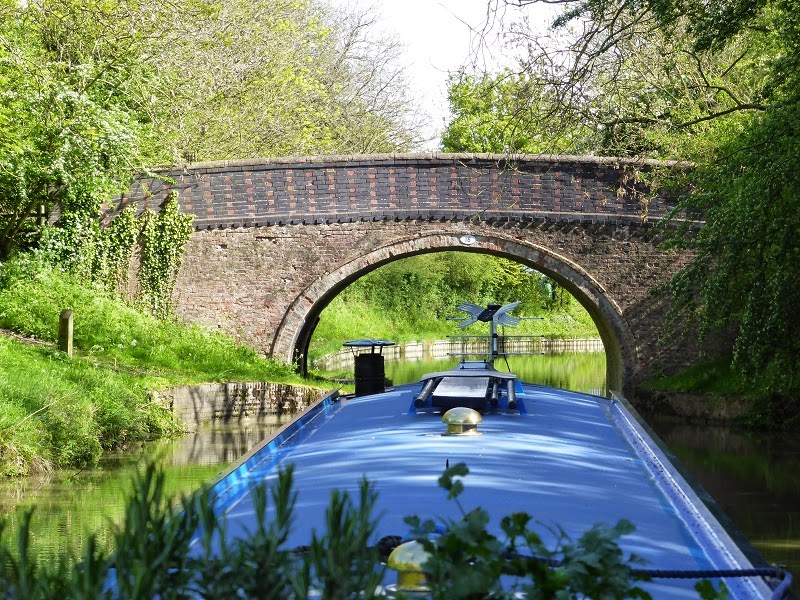 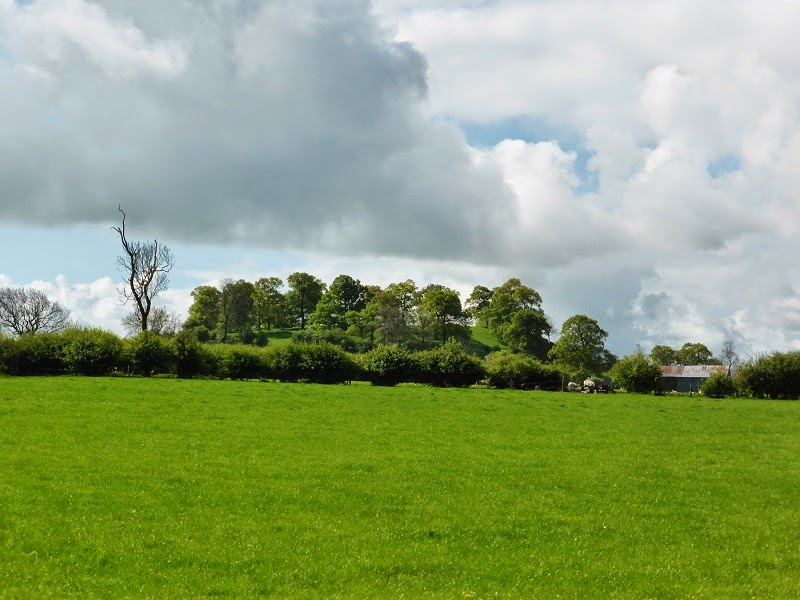 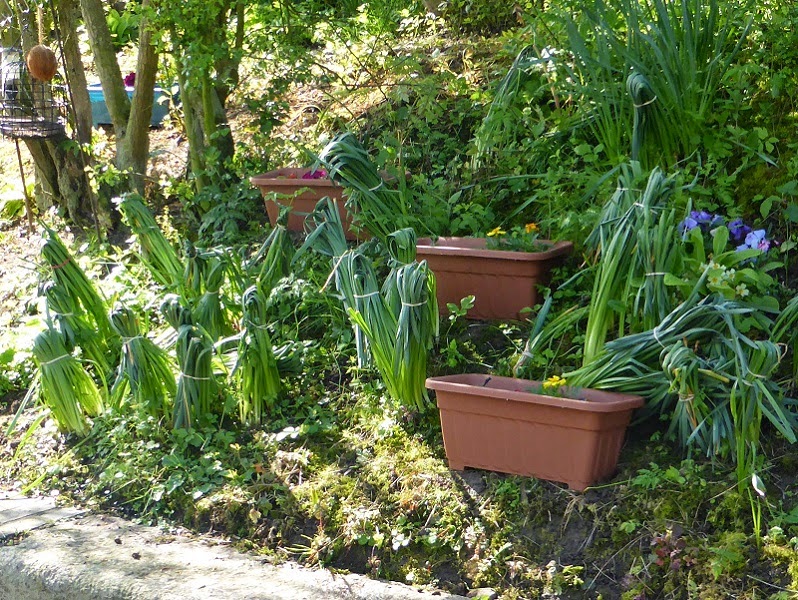 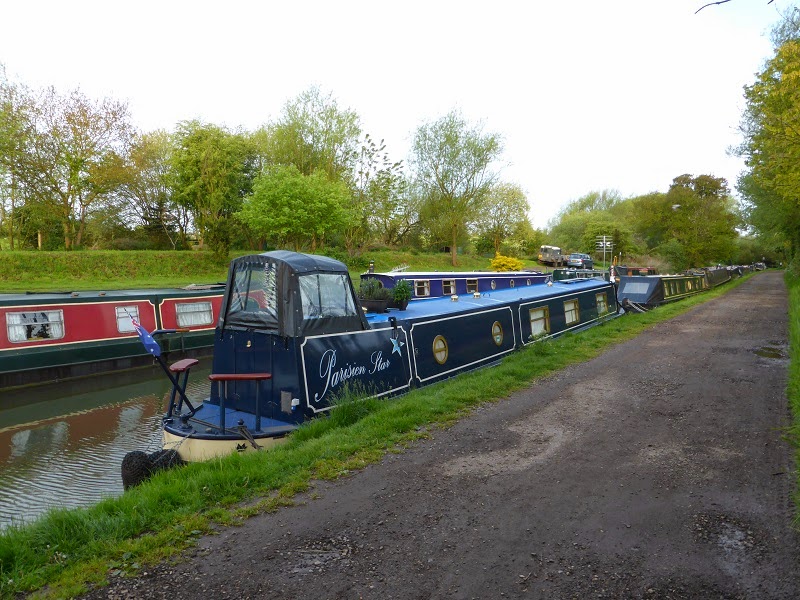