This morning we had a knock at the dinette window just after breakfast.  It was the hire boaters of "man overboard" fame.  They had come to bring us some of their leftover goodies as they were heading home today.  We asked them if they'd enjoyed their boat hire but it seems they won't be repeat customers.  The fall in the cut certainly put them off and they didn't much enjoy the whole experience.  What a shame.  They thanked us profusely all over again and headed off on their way.

They told us the local swan pair had some very small youngsters.  We had just being saying the day before that it's a bit disappointing to be almost at the end of our boating adventure and not have seen any cygnets yet this year.  We were hoping our last few days might bring some.  We decided to walk down the couple of locks into Braunston to see the new family.  We couldn't believe how empty the moorings were so made a snap decision to come down the locks and moor where we could watch the activity at the marina entrance.

A hire boat was already in the first of the two locks we had left to do but by the time they'd messed about getting to the bottom lock we were through and caught up with them.  When we reached the bottom there were a few boats mooring up but our preferred spot was free and the swan family were in view from our window.  Perfect.  Mick loves people watching and it's great to be able to wander around the marina.

Not long after we were settled in nb Firefly NZ pulled in behind us.   Ray knocked on the side hatch and we a chat while he ate his sandwich.  They weren't staying overnight, it was just a pit stop.

We had decided to treat ourselves to a pub lunch.   It's been a while.  After Ray had headed off back to his boat I found Mick and we got ready to head off.  Just as we were putting our shoes on there was another knock on the side of the boat.  This time it was Roger and his wife from nb Celtic Kiwi.  They're Aussies.... the Kiwi bit is just a red herring.  We chatted briefly and they decided to go and get their boat and bring it up to these moorings too.  Mick and I walked back to where we came from this morning and had a burger at The Admiral Nelson.  I'm not a big fan of burgers but these came recommended.  They were good too.

There is a large yard with about 20 chickens across the canal from the pub.  We were in need of eggs and I'd much rather buy them free range.  I said to Mick I'd ask in the pub if they knew who owned them in the hope I might be able to buy some.  The pub owns them!  They had a basket with just five eggs left and the girl behind the bar was a little nonplussed about what to charge us when there was only 5 left.  I said we'd pay them the £1 and we'd check on our way back if there was another egg to be collected.  "Really?"  she said.  The chooks were friendly and rushed to the gate to greet us.  It was the very last nest box we checked that had a hen sitting there.  She actually stood up to let me take the egg!

On the walk back to the boat we saw nb Firefly heading out of Braunston.  When we returned from lunch it was windy and rainy again so we sat down to a game of cards.  Another knock on the side hatch.  It was Sharon and Richard from nb Oakapple.  We had  a good natter through the side hatch.  We've met them very briefly a year ago at Fradley Junction.

Mick has taken our Aussie flag down from the tiller arm to give it a paint touch up.  He also dug out the second pair of go kart tyres to fix the hooks to them so they can be used as fenders.

We have been doing some research about solar panels for the house when we get home.  What a minefield that is.  We think it will be a worthwhile investment. 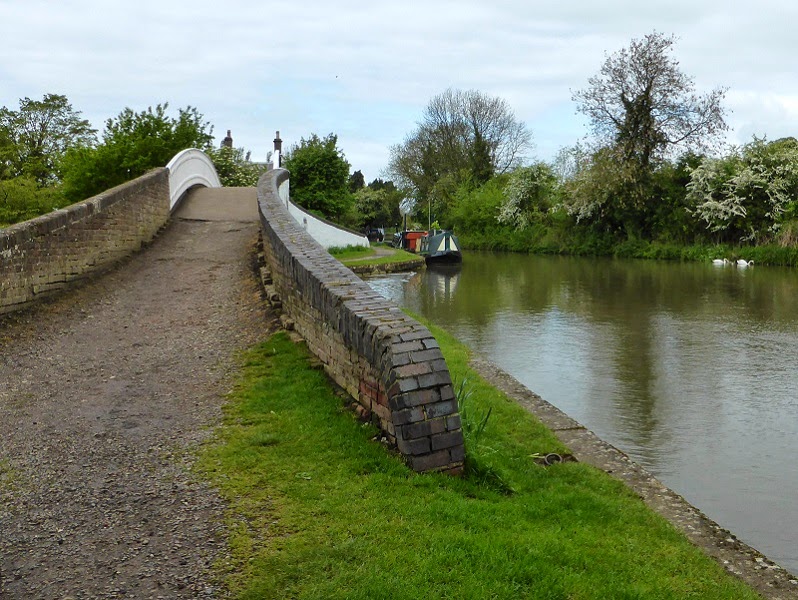 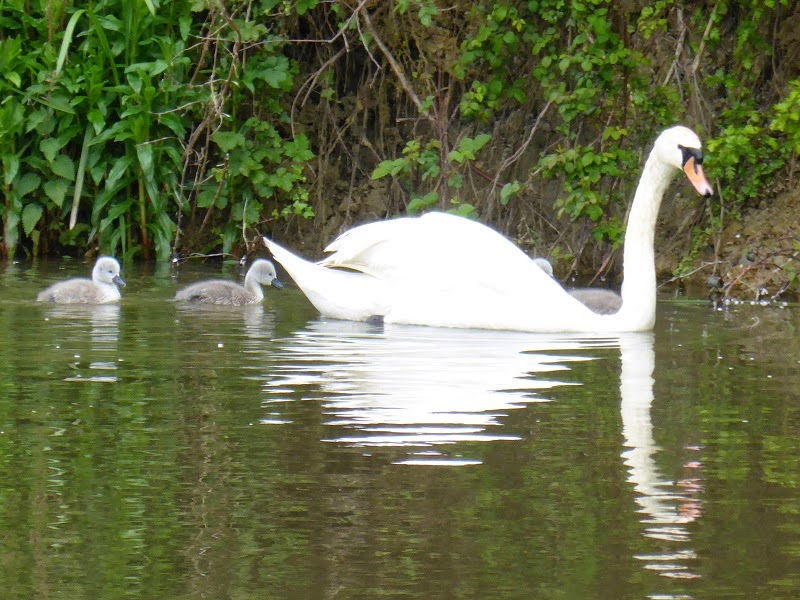 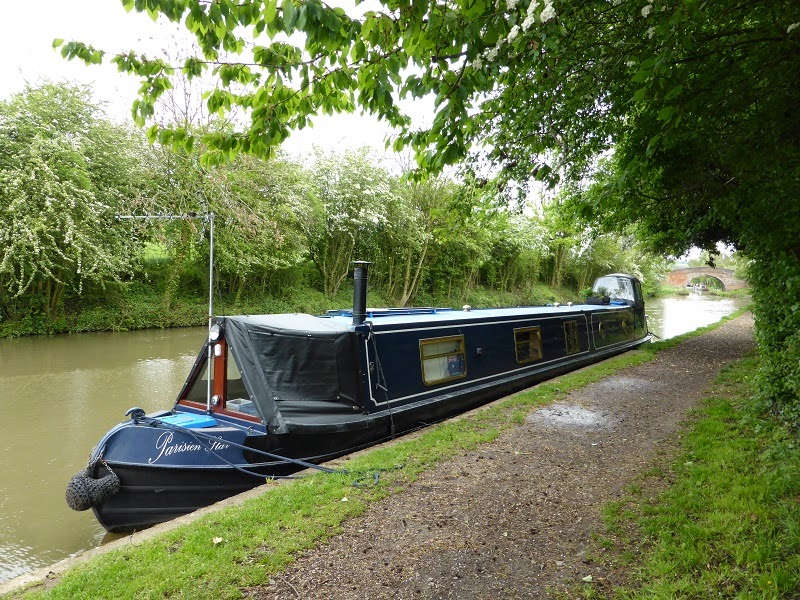 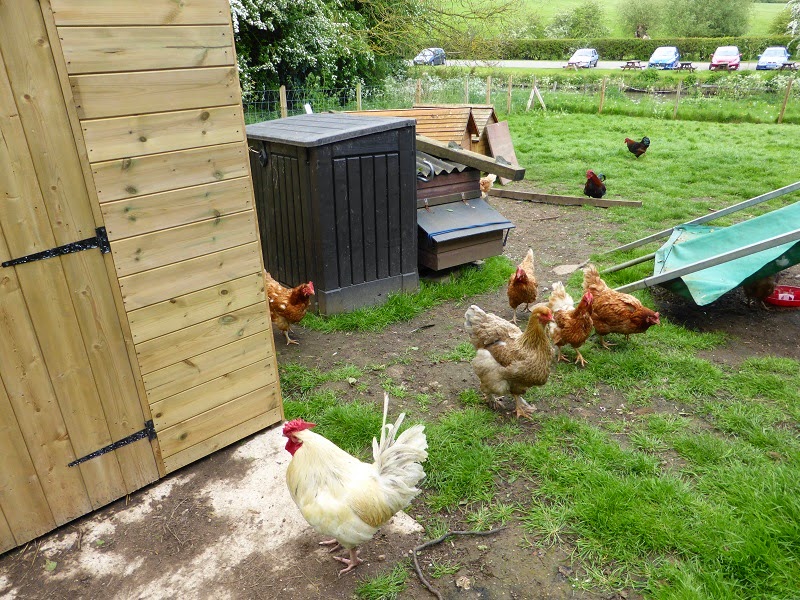 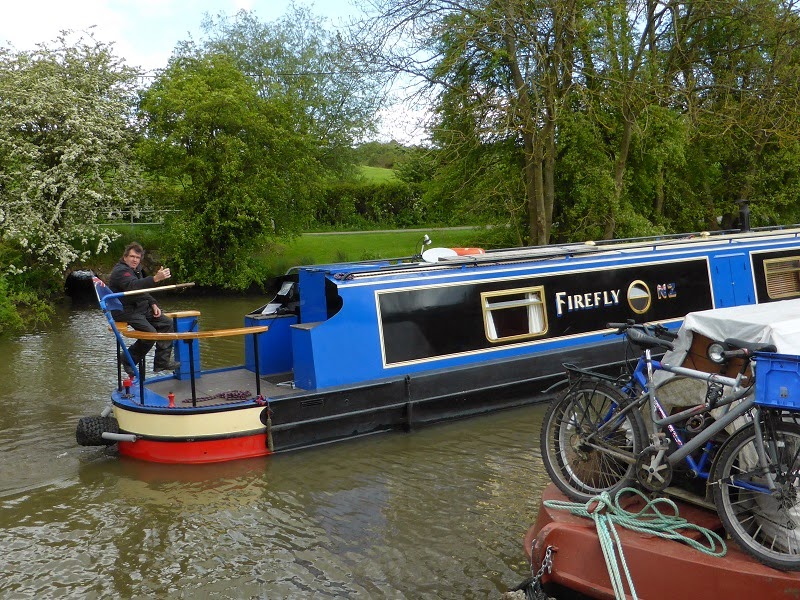