The home of Doc Martin

I was awake at 6am so quickly got dressed and went out for a walk.  It's the best time of day, without a doubt.  Way up the hill on the other side of the harbour I met an Aussie woman, now living in Canada, who was walking some of the South West Coast Path.  We had a chat and it turned out her party was also staying in the Schoolhouse Hotel so we would see each other at breakfast.  She was an avid Doc Martin fan and trying to determine which of the seats that look down over the village was the one shown in the show a couple of times.  She had even managed to meet Martin Clunes last week and got his autograph.  One happy fan!

The village was still in deep shadow with just one side slowly seeing the sun.  Each side only gets sun for half the day and the other half in total shade. I walked the path around to the next inlet, passing a tent where another walker was camped for the night.  I returned just as Mick was getting out of bed and in time for a shower before breakfast.  It felt a little like being in school with each table having a menu labelled with your room name.... English, Biology, Mathematics.  With breakfast starting at 8.30am we were there a bit before. At 8.30 on the dot a crowd filed in, taking their seats.  The one couple that arrived nearer to 9am looked almost sheepish at arriving to class late.  Everyone turned and looked at them walk in.  It was funny. We had scrambled egg with smoked salmon for breakfast, a treat cooked by somebody else for a change.

By 9am we were walking the opposite way towards Port Gaverne.  We walked to the tip of the headland on the other side of the little harbour there and sat enjoying the sun and view from the seat.  There's a boarded up old hotel in prime position up on the hill so we climbed the coastal path..... goodness it was steep.... to check it out.  The views were magnificent.  We returned to Port Isaac across the top of the village by which time there were people everywhere on such a sunny day.  Everywhere we walk we overhear Doc Martin conversations.  We bought DVD's of the last couple of series to watch when we get home.  Something to look forward to.

We bought sandwiches at The Krab Pot again, so enormous there'll be enough left for dinner tonight.  Plus, we need to use up some of the stuff from the fridge.  It's something we've discovered.... most hotels don't have fridges in the rooms.

While I sat working for a few hours a constant stream of people walked into the hotel carpark to take a photo of the iconic front window of the school house..... the window of our room.  I felt like waving at them.  It's been another lovely day.  The weather was great and we're in one of our favourite UK places.  Tomorrow we'll be off again. 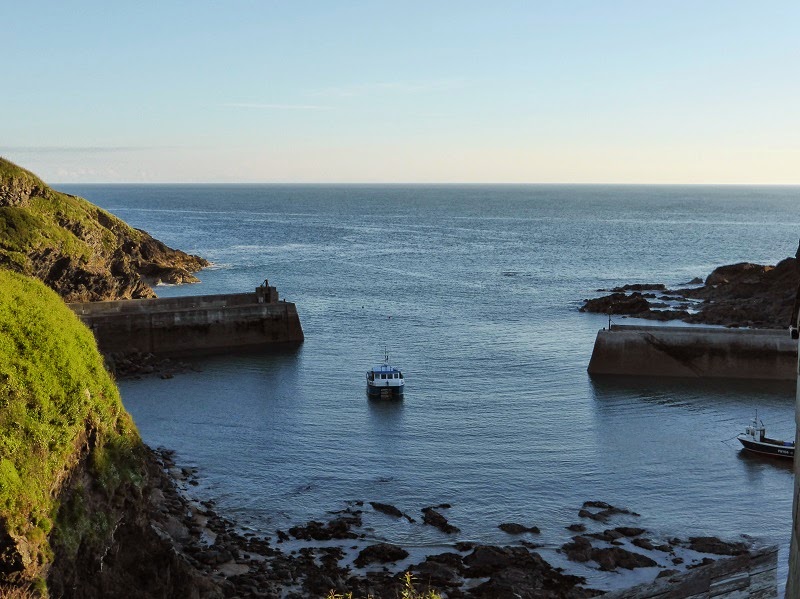 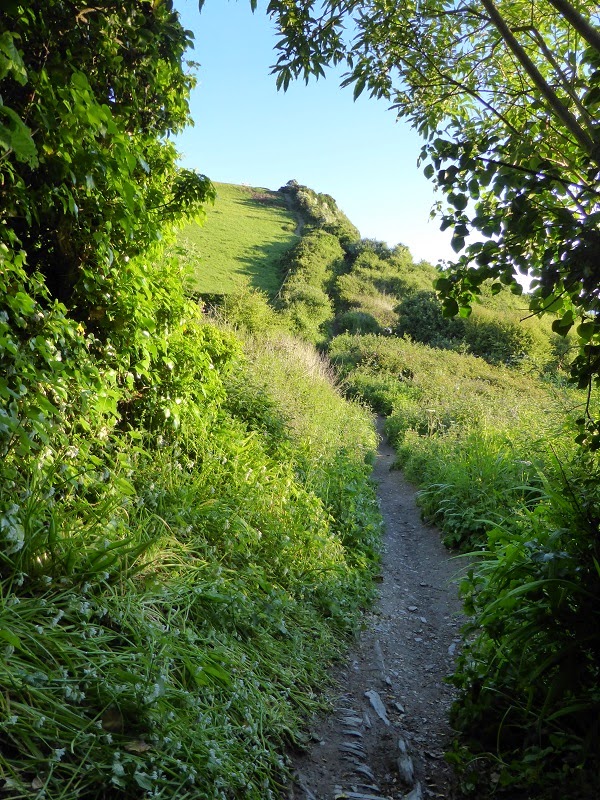 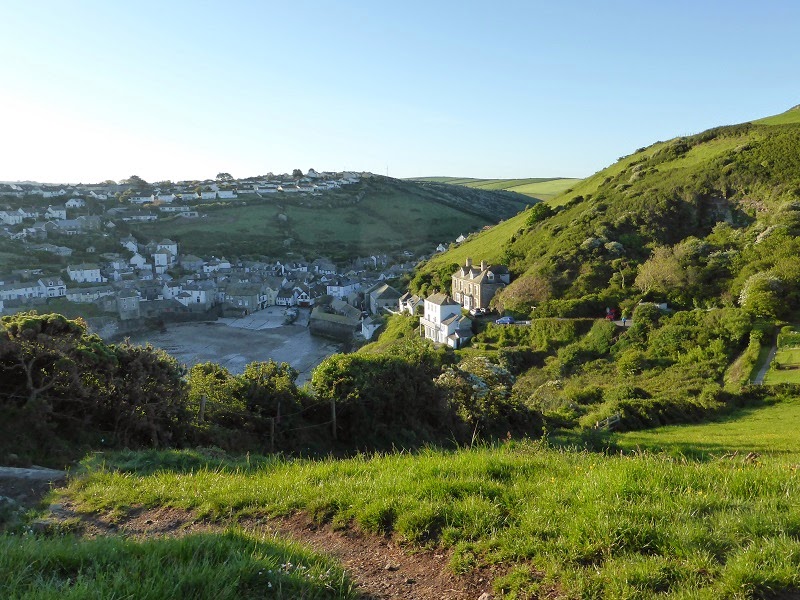 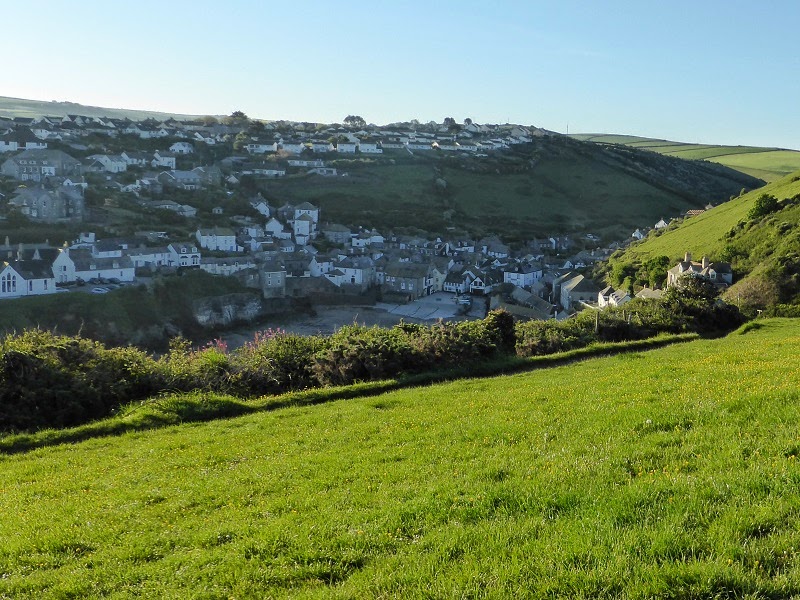 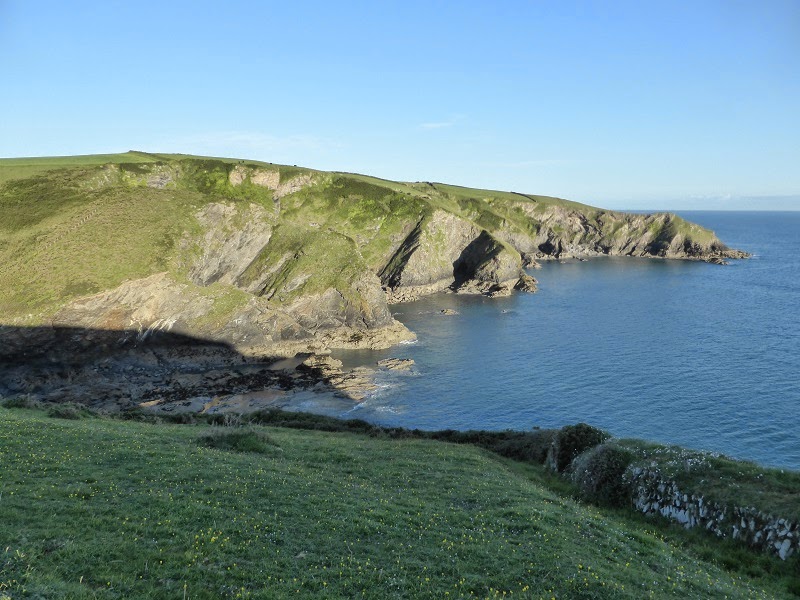 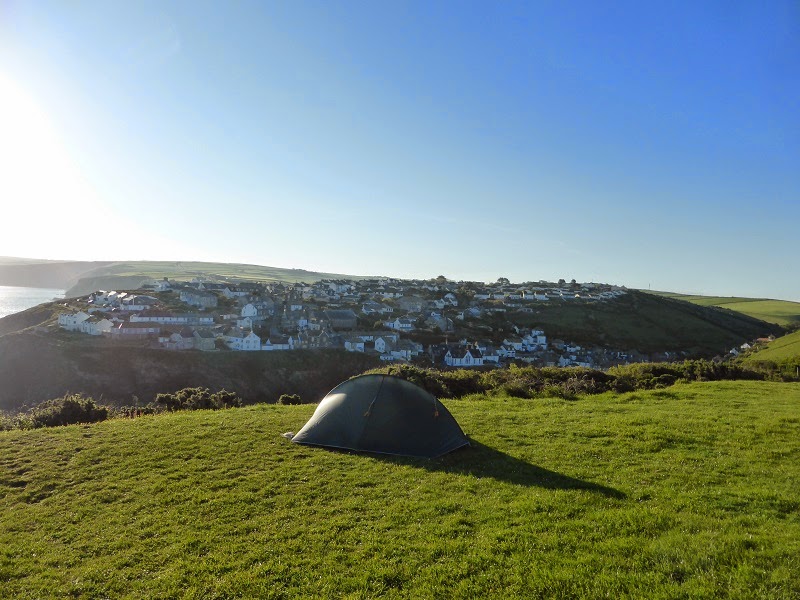 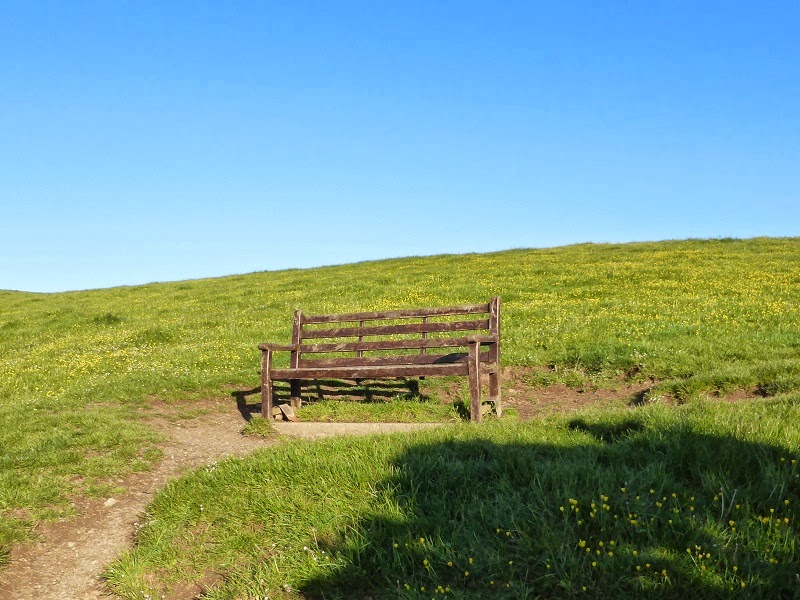 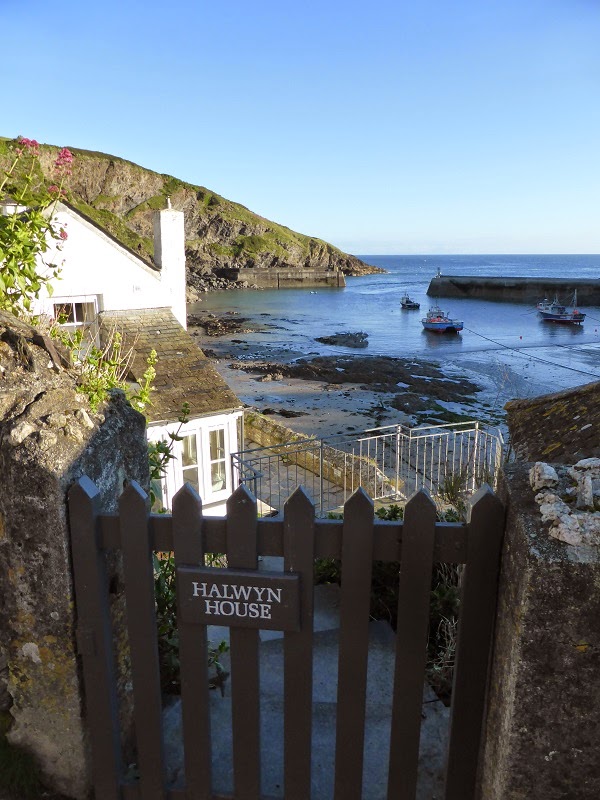 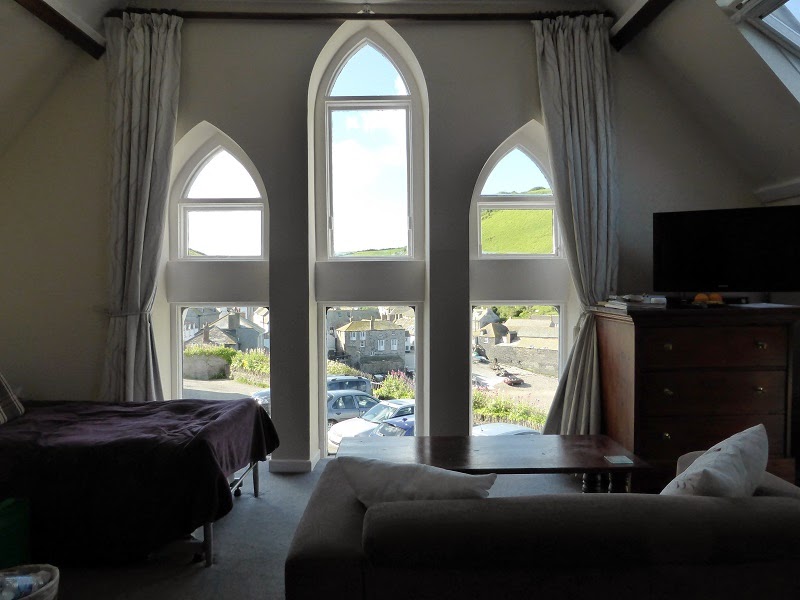 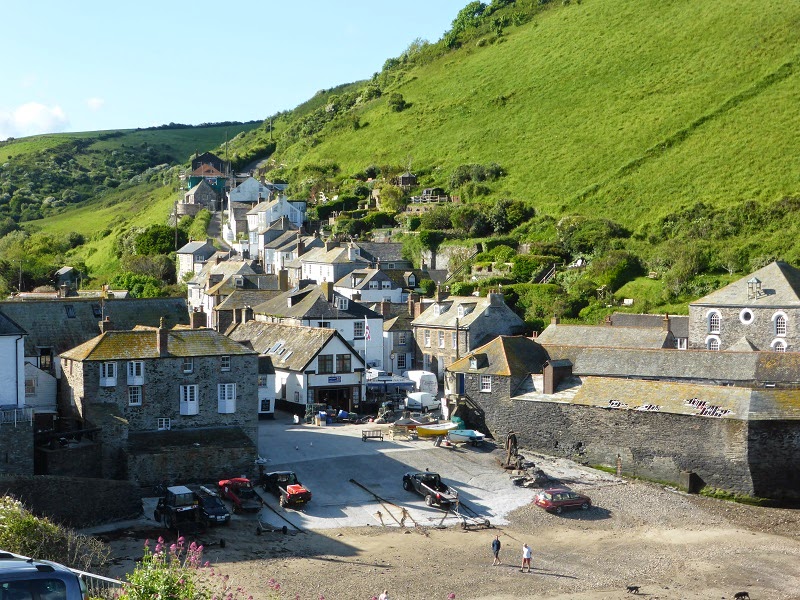 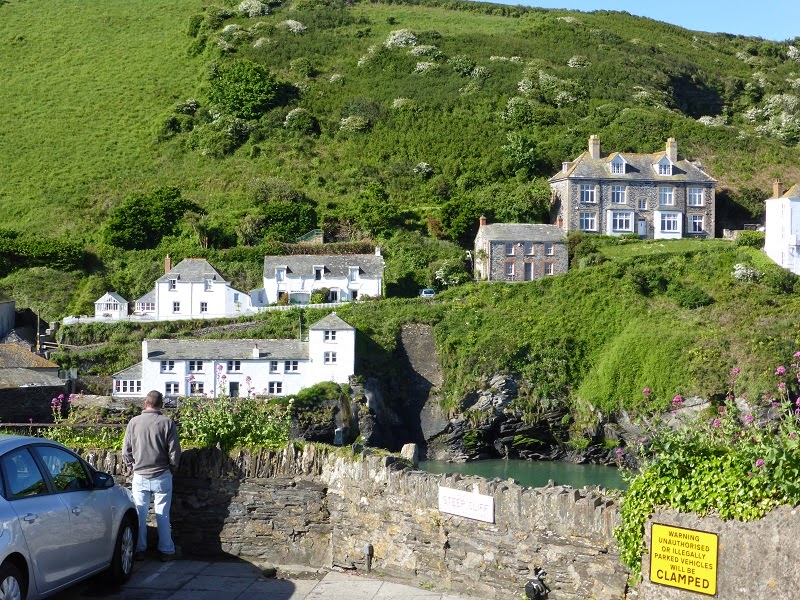 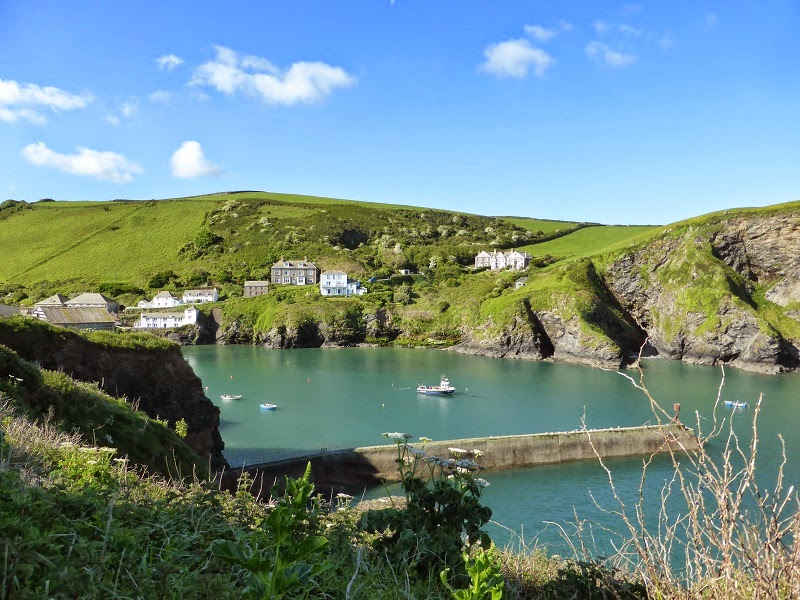 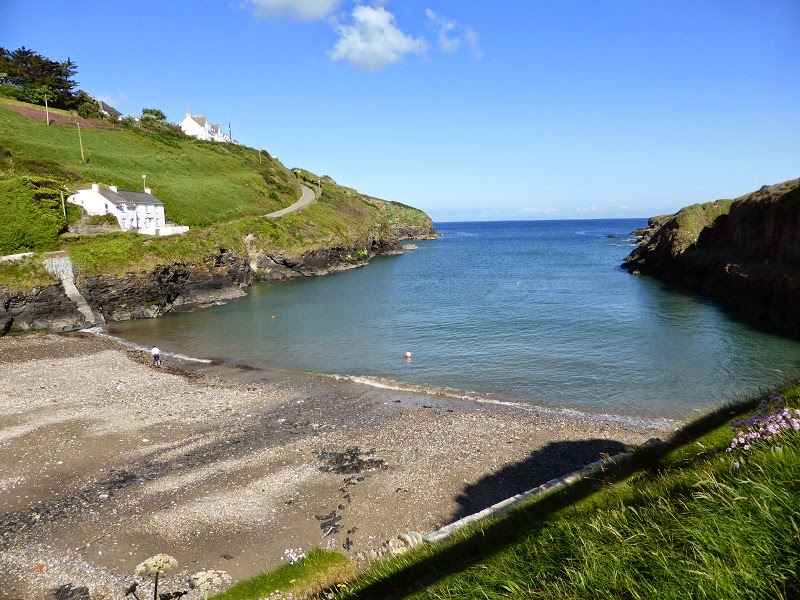 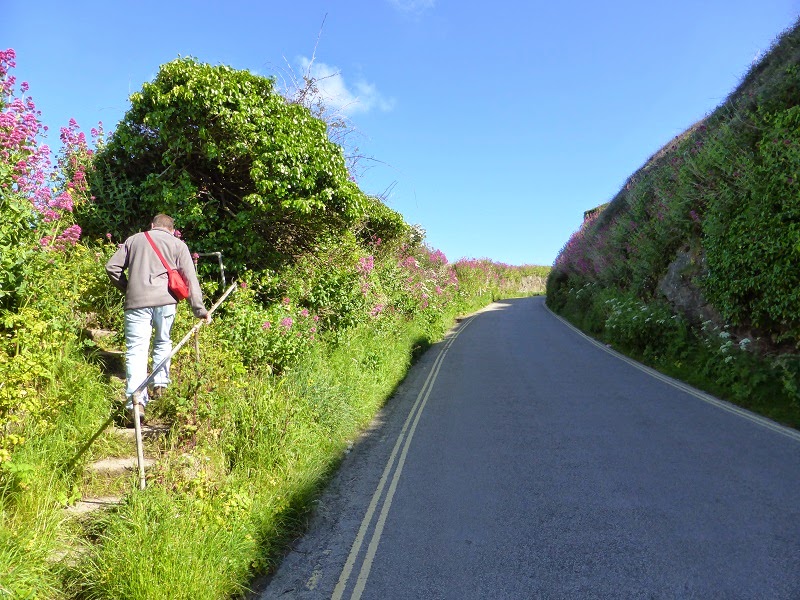 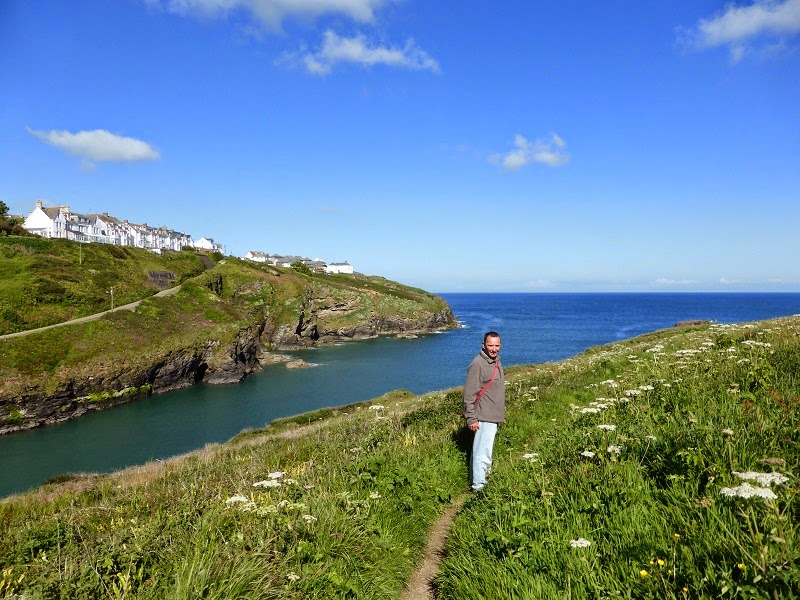 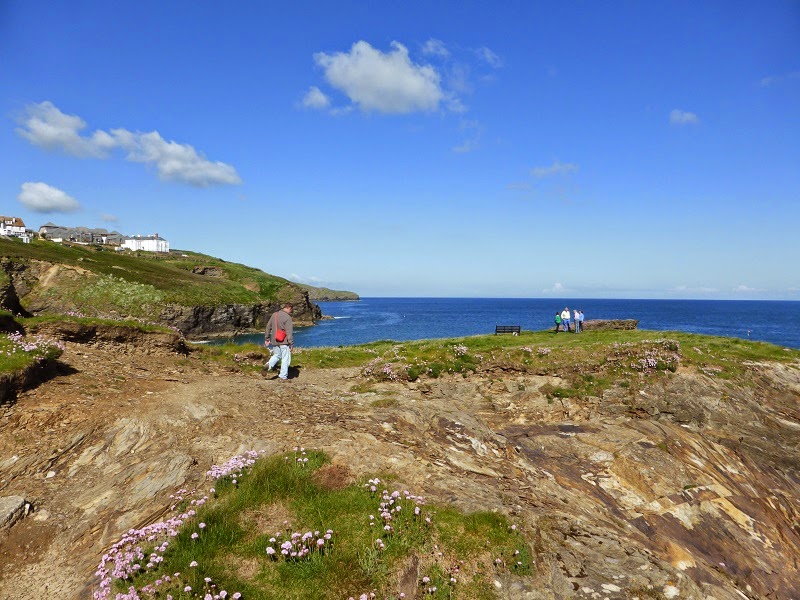 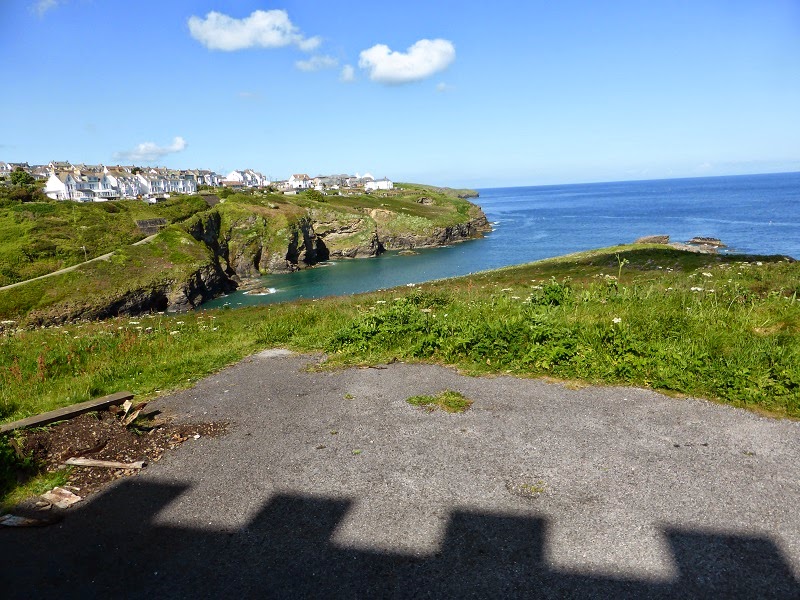 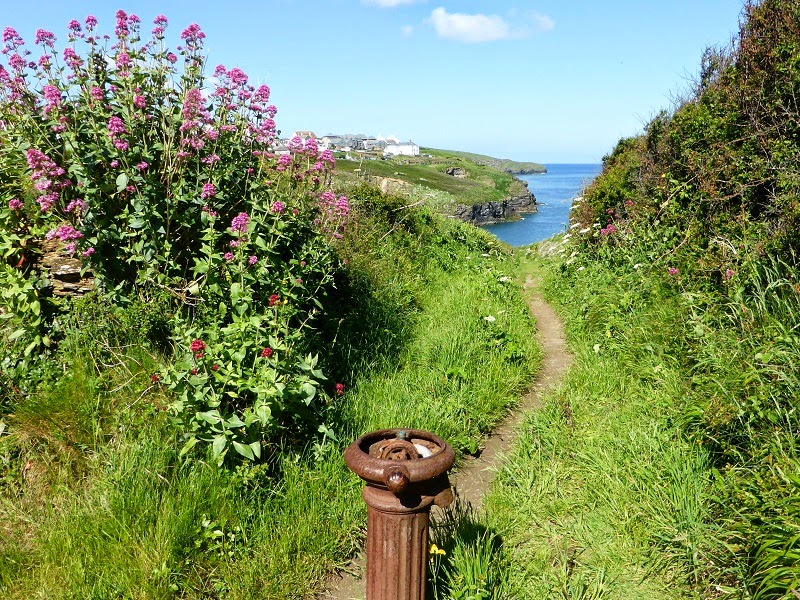 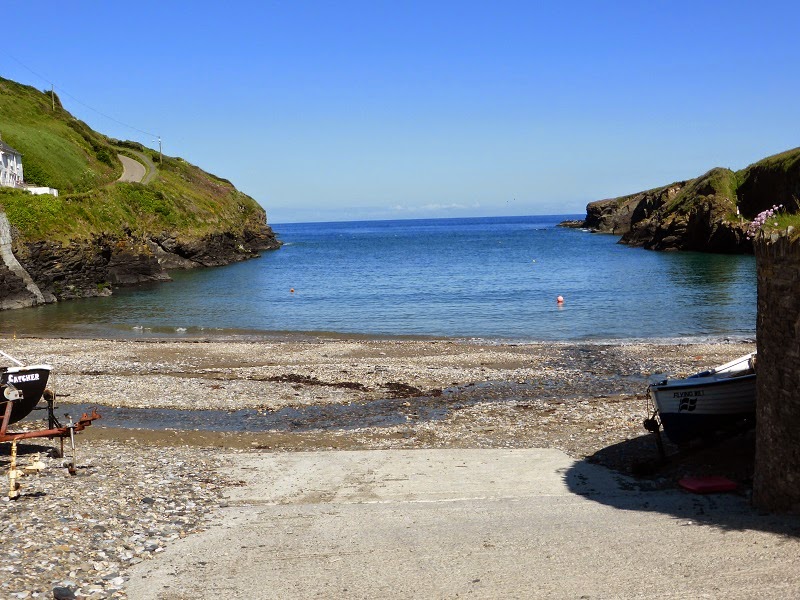 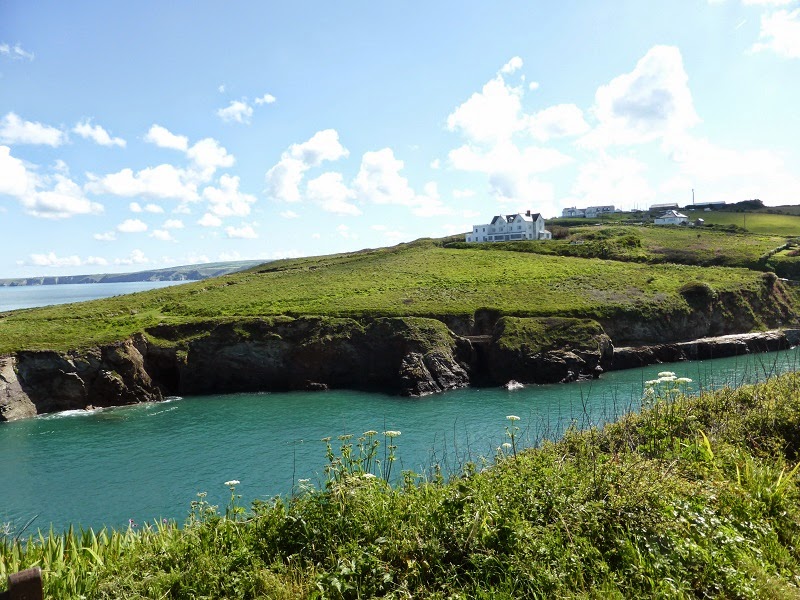 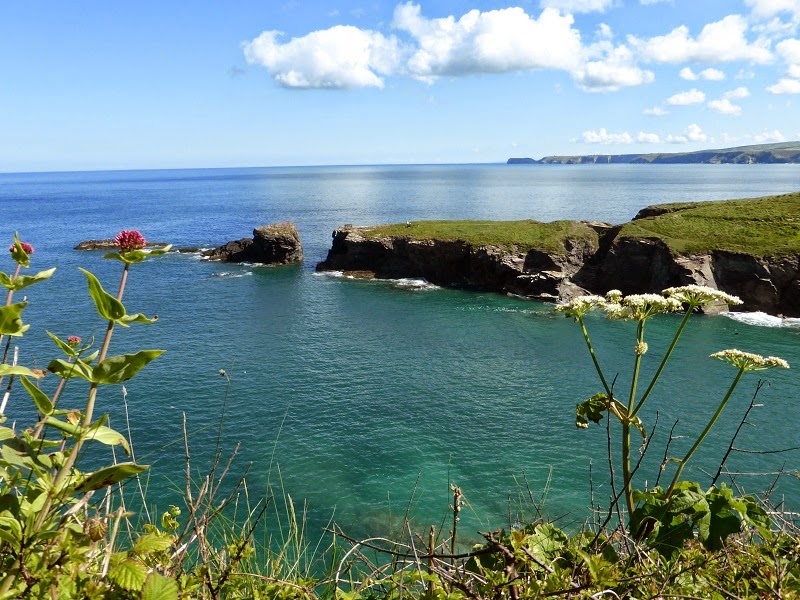 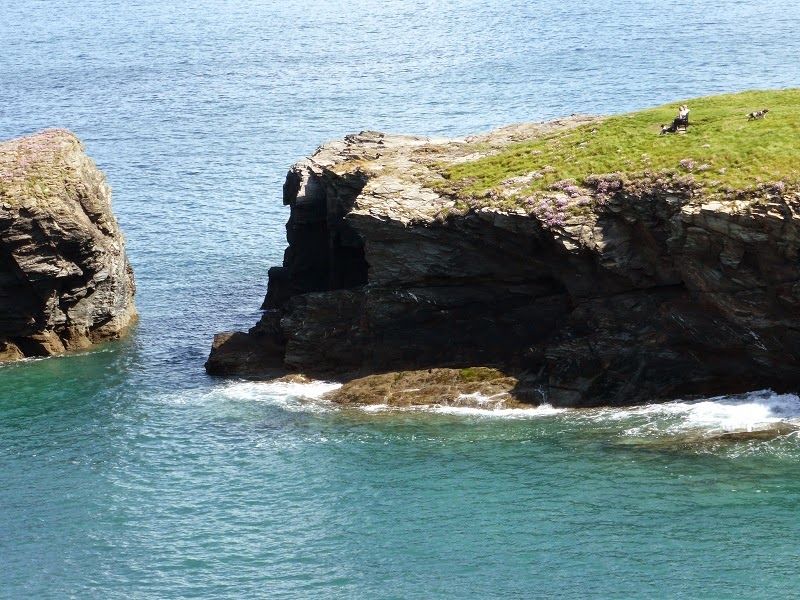 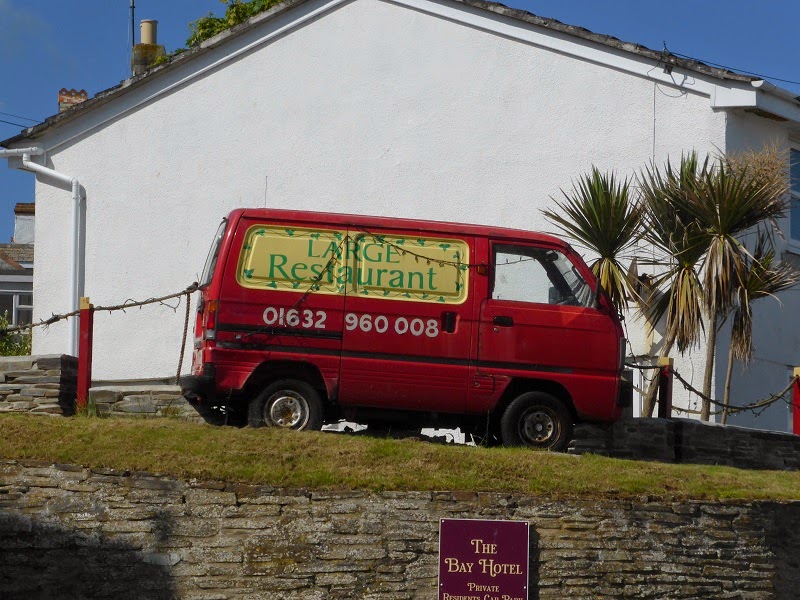 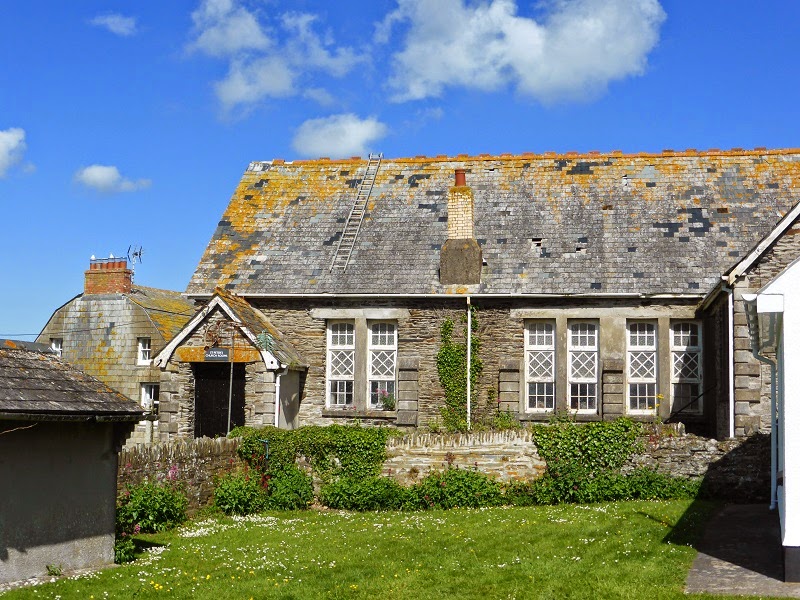 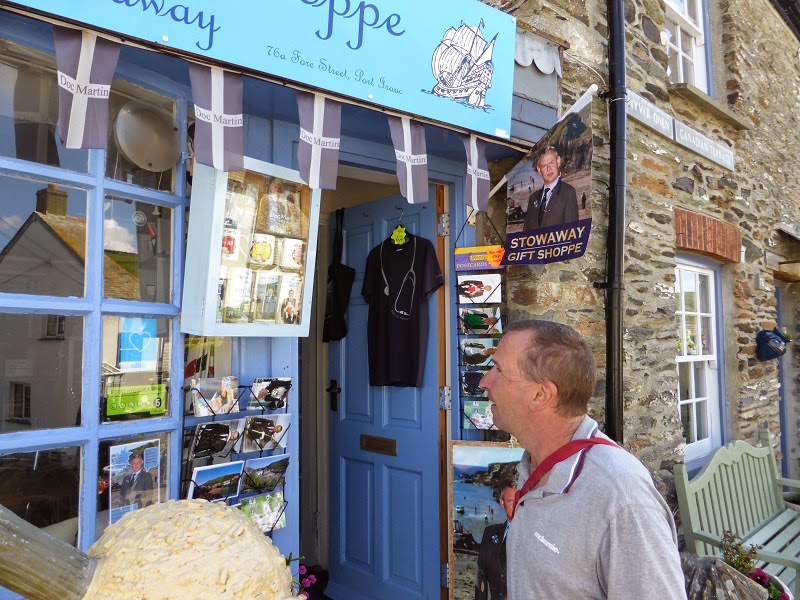 Had my fly screen fitted today while moored in Penkridge as the chap from Cabincare lives here.
Nb AreandAre moored in front of us today and Barry told us about the chap in the Harecastle tunnel .
Glad the sun shone again for you both to enjoy your time left

Hi Angie,
Hope you're happy with your screen.
How's the permit going for the houses?
Elly