This morning over breakfast Mick was still chuckling to himself.  We had a hilarious night having dinner with Angie and Dave.  The stories got funnier and the laughter got louder with each beer.  What an interesting life they've had.... makes our narrowboat adventure seem tame by comparison.  We had the best view in the house with the corner table looking out at Parisien Star.  With dinner long over and the tables now empty of diners, the boys propped on the bar and Angie and I came back to the boat for a cup of tea. When another hour passed and there was nobody left in sight inside the pub Angie decided it was time to collect Dave and head home.  We said our farewells and waved them off for their short walk to the other side of the marina.  Mick was a bit seedy this morning and we're wondering how Dave is.  Oh, by the way.... does anybody want a good car... headlights never used, windscreen wipers never used, right hand indicator never used, fifth gear never used, low mileage, well worn seatbelts.  It was so lovely to spend some time with you both.  Thanks for the laughs!

I had set the alarm to wake up this morning.  The Ocado order had been placed for 7-8am before we knew it would be a late night.  Thank goodness for such a wonderful delivery location.  I didn't even have to step foot out of the boat.  The delivery van appeared at 7.15am and spotted us straight away.  I opened the side hatch the driver passed the bags straight in.  Perfect.

As we prepared to leave this morning two boats were approaching so we waited for them to pass.  Yet again it was nb Autumn Myst and nb Dolce Far Niente.  We moved off after them.  We saw a couple of water voles on the Ashby this morning.  I wasn't quick enough with the camera which is a shame.

We again passed Charity Dock, the fascinating place that is an absolute jumble of old stuff and utter junk.  Since we've been in the UK we have been watching a program called Salvage Hunters and they visited Charity Dock on one of the episodes.  We were amazed to see there were some worthwhile collectible items buried under the mountains of stuff you see from the canal.  It occured to me today that I tend to take photos of beautiful, historic, canal side properties but rarely the ones we see so often which are the newly built ones.  So today when I saw some I made sure to photograph them.  A couple of these apartment blocks have been sympathetically built to have the appearance of old canal wharf buildings.

Reaching Hawkesbury Junction we chose a mooring midway along the visitor moorings before the junction - the first available mooring in accordance with our "moor and walk ahead to investigate" rule. There was a couple more further down but when I went to investiagate each one had a boat in front with very smelly engines running.  We decided the fellow on the boat behind us with radio blaring was preferable.... just.... So we stayed where we were. Hope we don't regret the choice later tonight.  Within a couple of hours there wasn't a mooring to be had.  Mick went for a walk while I worked and reported that around the corner on the Oxford was capacity full too.  But, still the boats kept coming.  They'll have no choose but to cruise on.  I don't understand them looking for a mooring at 5, 6, 7pm but it means when we stop by about 3pm we always find a decent spot to moor.  If everyone did what we did then we would be in trouble too!

The air is full of little white fluffy things blowing down from nearby trees.  The canal looks like it is scattered with confetti.  We have a white fluffy coating all over the carpet and every other surface but being quite a warm afternoon we can't close windows and doors or we would be sweltering.  I thought Mick would have a meltdown when he saw the state of the carpet - it's one of his pet hates.  Every time we walk around there is a swirl of fluffy things around our feet.

We have the snooker to watch this evening with Neil Robertson playing.  We need to make the most of the coverage as it isn't televised at home on free to air tv. 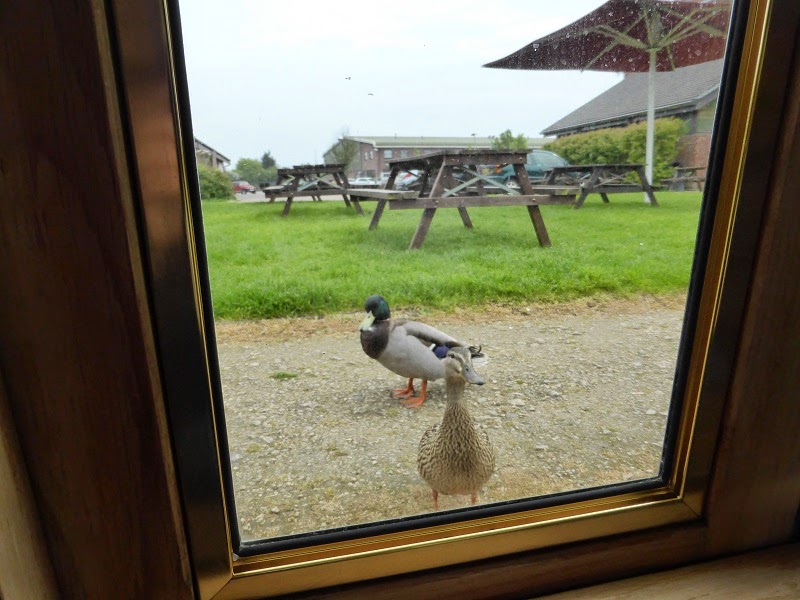 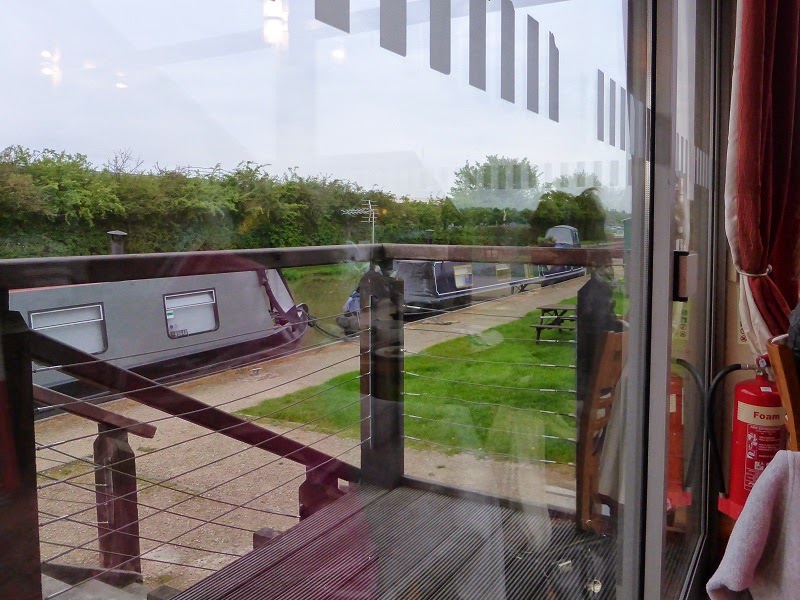 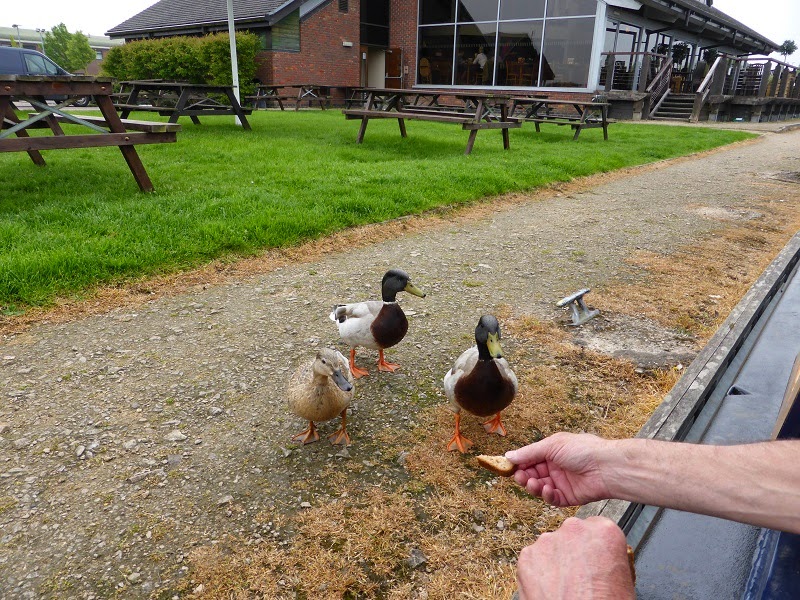 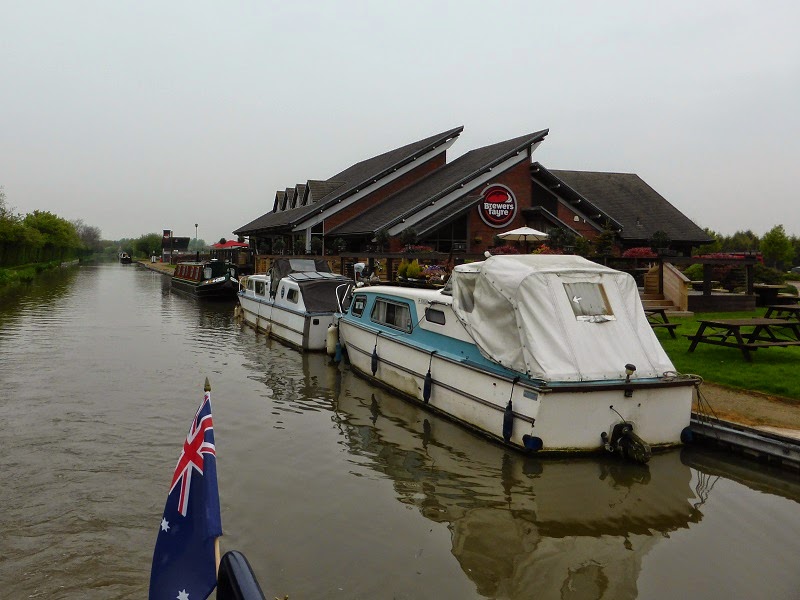 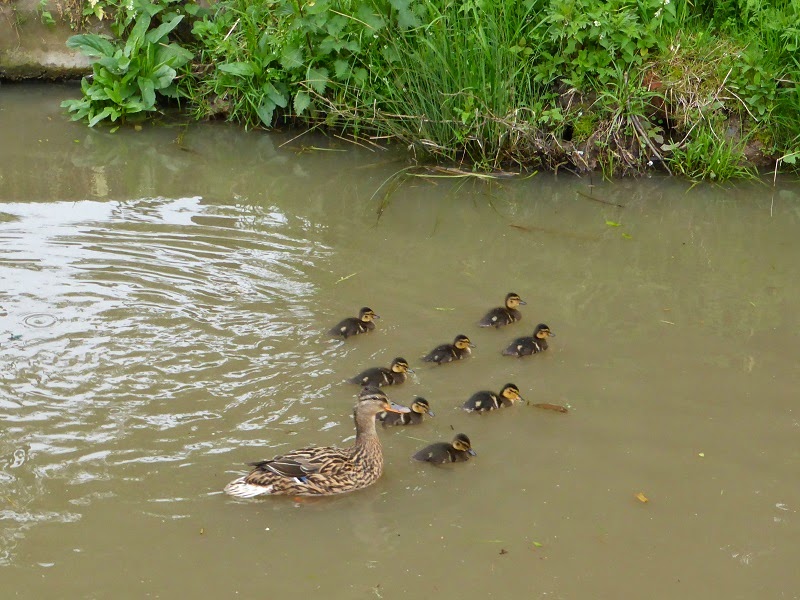 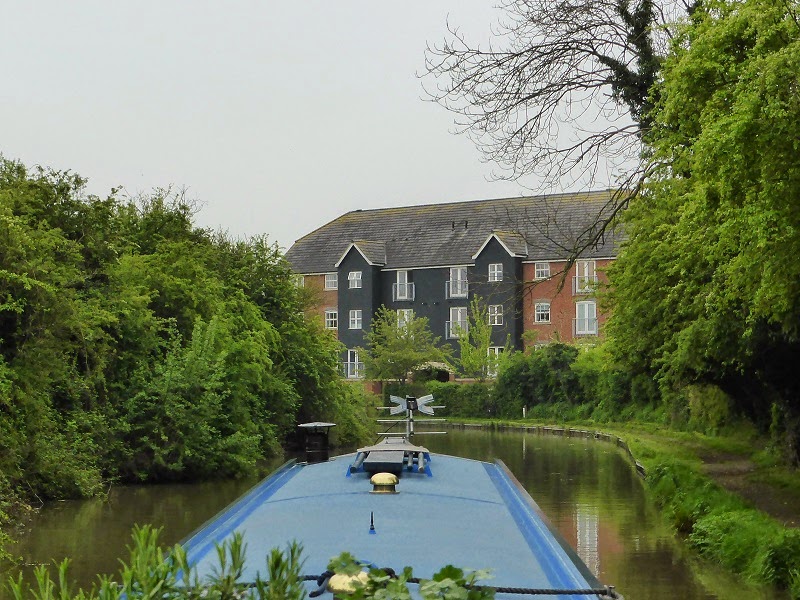 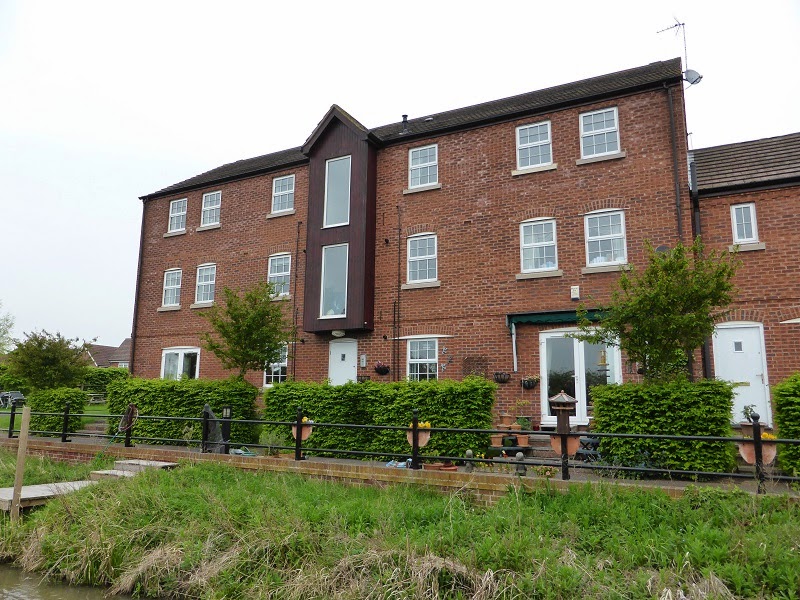 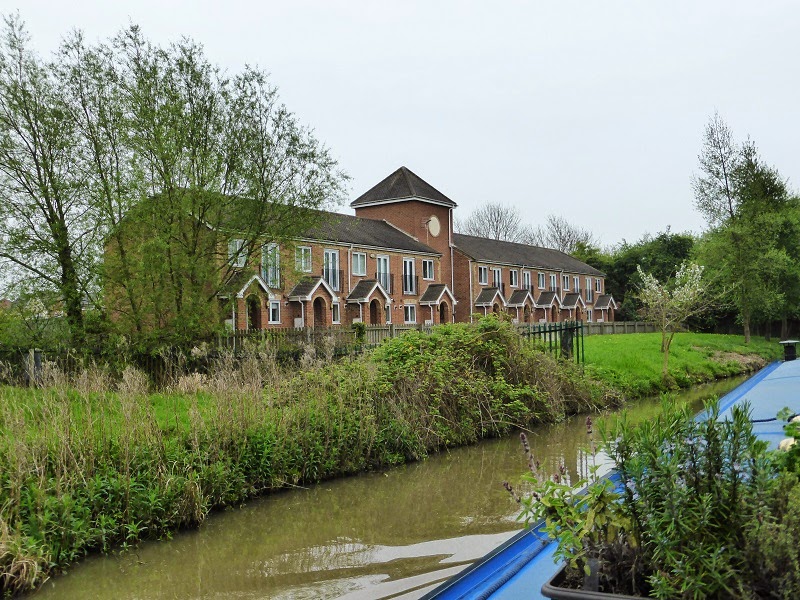 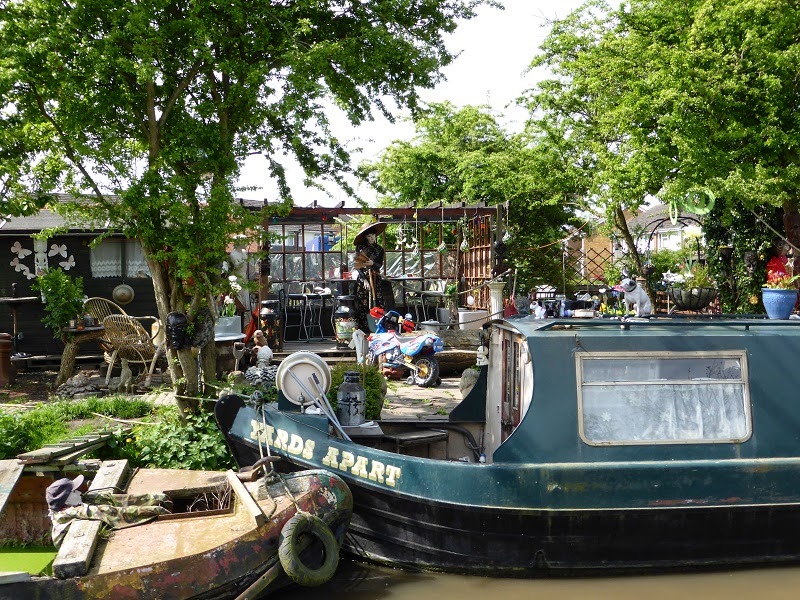 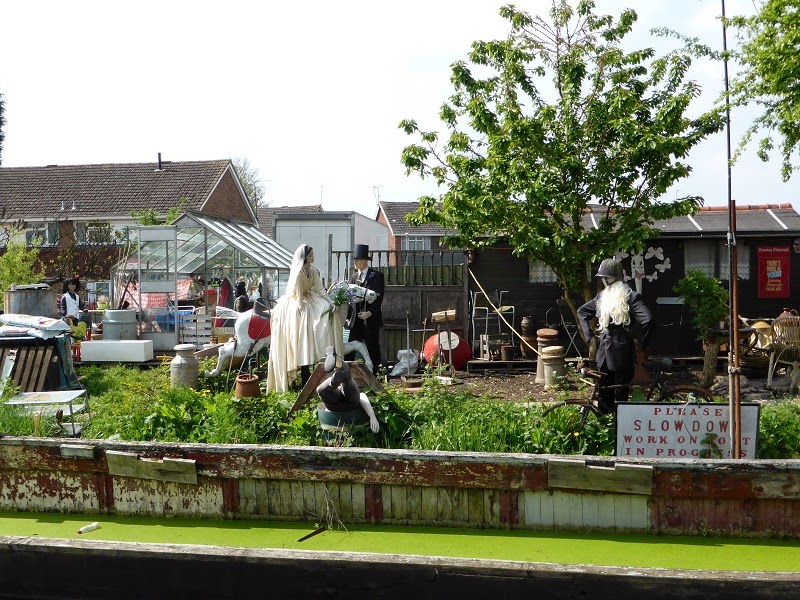 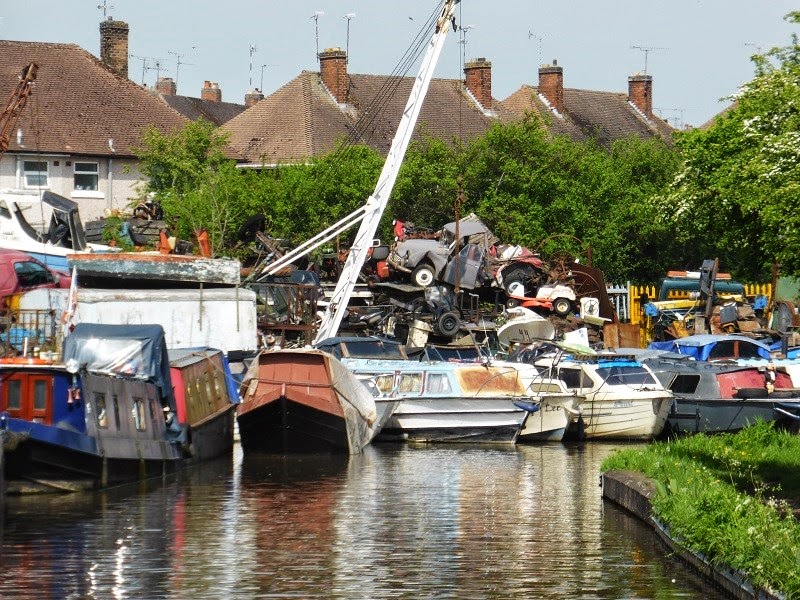 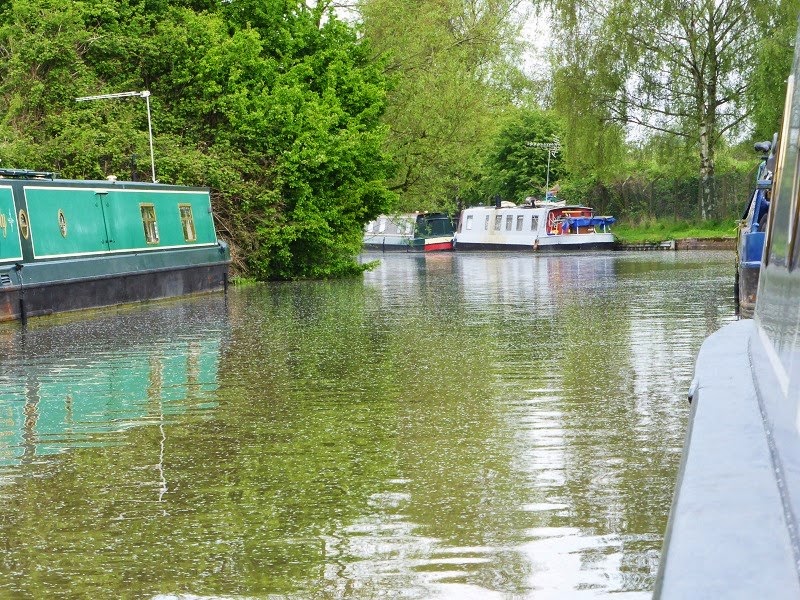