The eve of adventure

Tonight will be our last night in the marina so in preparation of heading out tomorrow I've resurrected our cruising stats.  I also resurrected "In the drink" as Mick has added to his collection.  Everyone here seems to use a plastic tub inside their kitchen sink to wash dishes in - both in houses and in boats.  I decided we should do the same - mostly so we could save some of the water to use for flushing the loo when we're out cruising.  I've had the tub a few weeks and it's worked well.  We keep a bucket in the shower and keep tipping the water into it, as well as collecting the cold water that comes out of the shower before the hot arrives.  We then use this water to flush the loo.

I heard Mick mumbling and grumbling and came out to find him searching the kitchen for the dishbrush.  I helped him look for a moment before the answer occurred to me - he'd tipped the dish water out the window and obviously hadn't checked that there was nothing left beneath the suds.  When he first returned and asked me why I had the tub I did say that he should be careful not to toss out cutlery but I didn't expect the dishbrush!  Oh well.

We've said our goodbyes to the last few folk in the marina, cleaned and tidied, and even cruised around to pump out the loo.  We actually intended to fill up with diesel too but the marina has run out!  It was a bit of an adventure getting over to the bridge.  The wind had picked up, which seems to happen whenever we untie the mooring ropes, so we knew it wouldn't be easy.  It was a bit of a muddle to line up under the bridge.  The wind pushed us hard across to the opposite side and it was quite difficult to get across.  Eventually I shuffled down the gunnel to the bow (handy having a bow thruster) so I could get across to the right side and haul the boat in.

While all this was going on another boat had come around to head out of the marina and they had an even bigger problem.  They were blown hard into the ends of the empty pontoons (lucky they were empty because the boat hit them quite hard - I'd say Caxton, Klara and Two Jays might have been in the firing line).  I could see them struggling to get the boat away from the pontoons, trying to push off with their boat pole while the wind kept pressing the boat in the opposite direction.  We were out of the marina by the time they managed to get moving again.

At first I said I'd steer the boat back to the pontoon but I chickened out when we reached the marina entrance and I could  feel the strength of the wind... not to mention the considerable number of onlookers.  Mick didn't sound any happier about me fobbing the job off to him.  As we turned into the entrance, Phil from the first mooring on our pontoon called out to say he'd come along to help pull us into our mooring.  I'm not sure what happened next and either does Mick but somehow as he began to turn the boat the wind caught it and just as he began to reverse, it blew the boat along into the perfect position to reverse into our mooring.  He didn't touch the sides and it looked like an impressive, skilled manoeuvre.

Occasionally I have a rather surreal feeling about being here.  It just feels really strange when I think about the fact that we're on the other side of the world and living on a boat.  Tonight Mick said he was feeling just the same.  It was such a long time daydreaming about an adventure like this that it's hard to believe we're really here and living our dream.  We're so excited to be finally heading out and properly starting our adventure.  It's been a long time in the marina.

Photos today :
1. A view we don't get to see very often - our vacant pontoon on the left
2. Looking across at the cluster of cedar huts
3. The huts with 2 tucked in behind the others now
4. New fence
5. The wishing well
6. The last evening 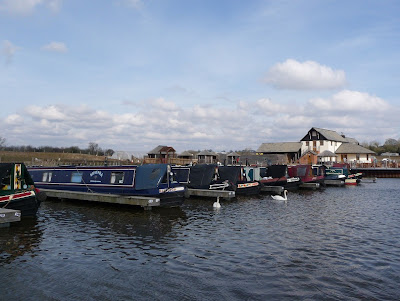 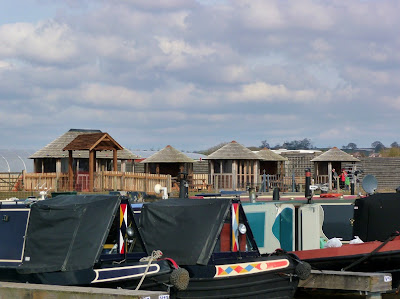 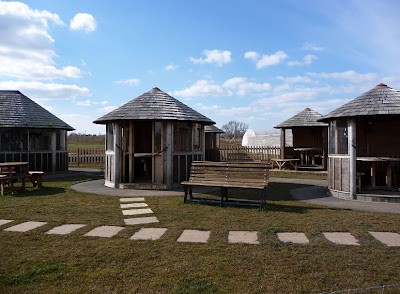 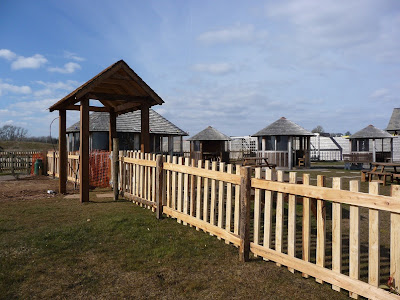 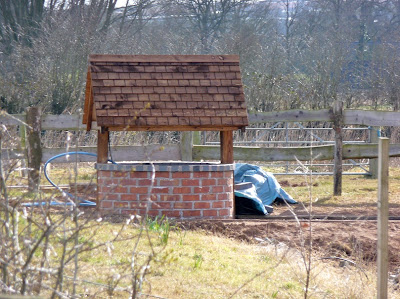 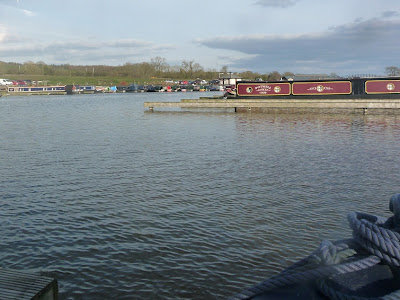 Have a great summer. I've enjoyed reading about your life in the marina and look forward to reading more. Where are you heading? Maybe we will catch up somewhere.

Hi Linda,
We'll keep an eye out for you. We're heading in the direction of London... slowly.
Elly