Carol and Barry had visitors arrive last night.  Mick and Jill are spending the weekend aboard nb Winton's Folly for our cruise into Little Venice.  We met them at Aston Marina when they came for a visit over Winter.

We received a text message this morning "Planning meeting in 10 minutes".  It's become a bit of a routine to sit down for a few minutes each morning to work out a plan for the day.  Today the plan involved filling with water, Elsan for Winton's Folly and a pumpout for Parisien Star.  We pulled into the BW facility at Cowley Peachy Junction.  There isn't a lot of space so Winton's Folly came in alongside us.

Mick had called this morning to check that the pumpout was canalside and not in the marina, and was told we'd need to use our BW key to come through and buy a card for the pumpout machine.  I went off to do that while the water filling was dealt with.  When I got back we discovered a problem.  The hose on the pumpout wasn't long enough to reach over the roof to the other side of the boat.  We'd figured it wouldn't be too difficult to pumpout on the wrong side because we had Winton's Folly moored up beside so we wouldn't fall in.  We moved the boats forward to see if it would reach from behind the boat but still no luck.  By this time Mick was bordering melt down mode.  He hates when things go wrong.  We went back and got our money back for the card and decided we'd just have to find somewhere else.  On the approach to London we really don't want to be caught short.  We'd called Willowtree yesterday but their pumpout was broken and being repaired today.  So back on the move I called Highline which was also beyond the junction into the Paddington Arm.  Hmmm... they aren't open on Sundays.  I called Willowtree again and luckily their pumpout had just been repaired and... they're open on Sunday.  Such a helpful fellow he was. Perfect.

We had only one lock today.  My working of the lock was supervised by a very little girl with her dad and dog.  She must have only been about three but wanted to know "why" and " how" everything.  Lovely border collie they had!

It all looks so different to the countryside we've been used to on the canals.  There are permanently moored boats with just short sections free of them and not much of it good for mooring.  We've passed big industrial buildings today too.  We stopped for a late lunch break and saw our first double decker red London bus cross the bridge behind us.  There were lots of kids hanging around the canal, and plenty of enormous apartment blocks.  There has been rubbish in the water, and for the last couple of days there's been reeds and lily pad looking things growing along the canal edges in the water.  Today we also started seeing a green mossy type thing lying on the surface of the water everywhere.  The edges of the canal are shallow so we can't just stop where we feel like it.

After turning at Bulls Bridge Junction into the Paddington Arm we just needed a mooring for the night.   Our guide book showed visitor moorings at Southall.  Arriving there was a bit of a let-down.  The mooring place shown on the map was dreadful.  It was surrounded by dozens and dozens of swans with poop all over the path and feathers strewn everywhere.  We would have had to shoo away about 30 of them to tie ropes up!  We stopped there and Carol and I walked ahead to see if there was something better further on.  We did find a stretch with armco and freshened up towpath.  A stick poked into the water indicated it was a little deeper here too so we called on the two way for Mick and Barry to bring the boats around.  I walked on some more in the meantime, finding that Willowbridge Marina was just in sight.  There were lovely moorings on the offside just beyond the marina but they were all taken.  In the end we decided to stop where we were on the armco.  Hopefully the kids lurking around on the towpath tossing sticks and rocks into the water won't cause us any grief.

We'll make sure we're at the pumpout by the time they open in the morning so we can head on Paddington in the hope of finding a mooring in the basin.  Fingers crossed. 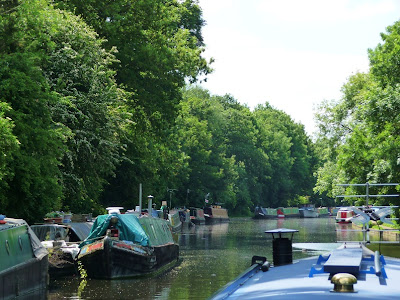 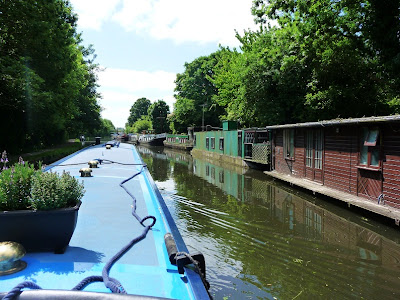 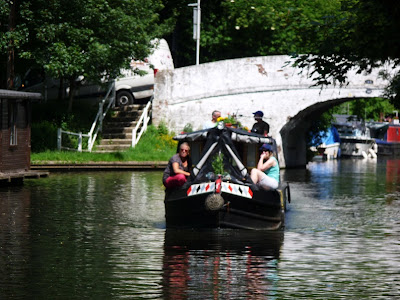 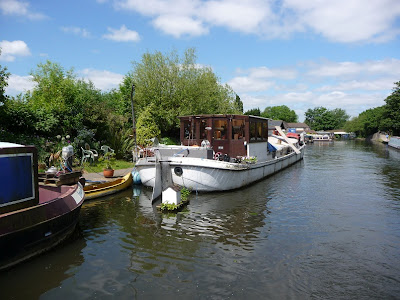 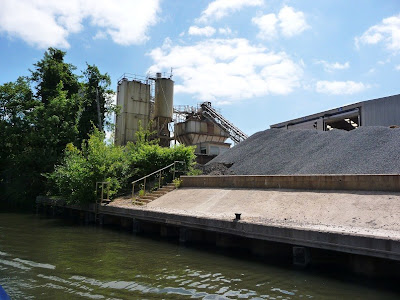 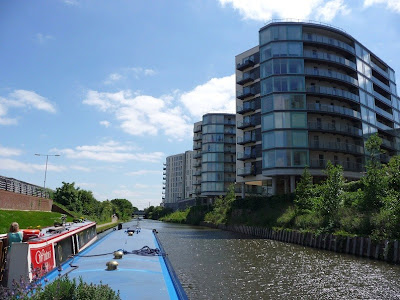 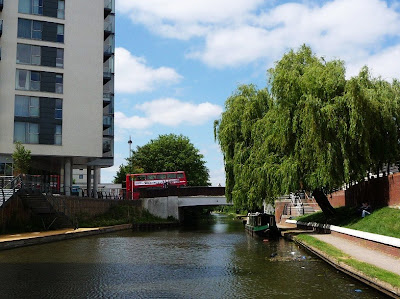 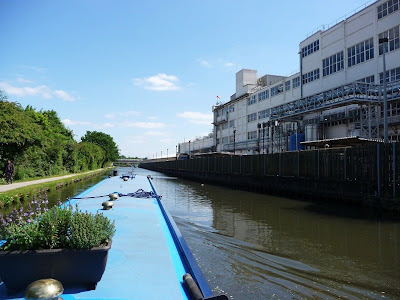 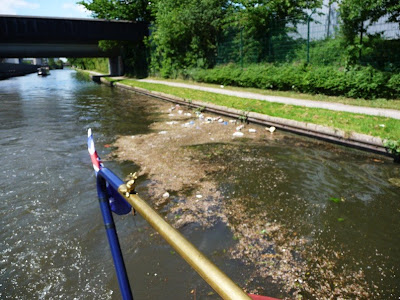 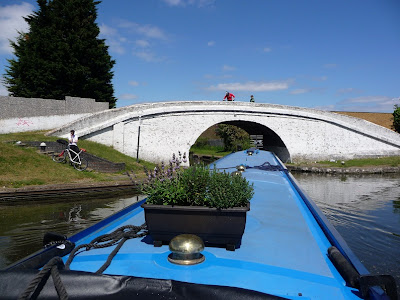 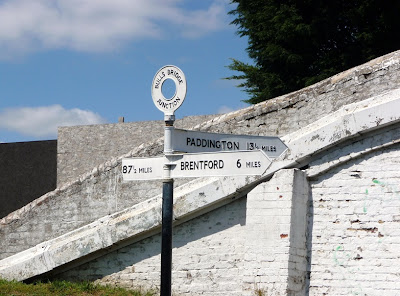 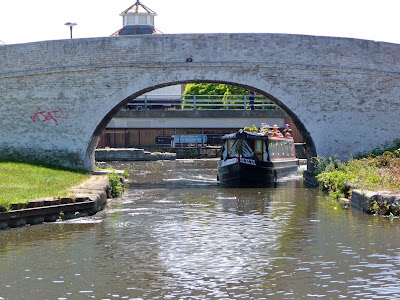 Hi Elly and Mick, Theres a BW pumpout at Little Venice by the bridge we used it this morning if you need one, just as you get into Paddington. Just need a BW/Cart card. Hope you find a mooring tomorrow....

There are decent moorings at Kensal Green on the bend just before the Sainsbury's--right near the gasometer.
Stay safe and enjoy Paddington--we hope you get a chance to see the roll up bridge. They do it every Friday at noon--it's great fun to watch!
Jaqx

Struck it lucky with a mooring!
We saw the bridge when we went for a walk yesterday. Will have to make note of the Friday time so we remember to go and watch it.
Elly