We are back at Middlewich Junction.  When I look in our cruise guide we have quite a few mooring dates here.  It's a good place to stop for provisions.  We're adding one more to the collection tonight and tomorrow we'll move off once again.  We are on a bit of a mission to get further South in the coming week as both Parisien Star and Winton's Folly have meetings scheduled.

Leaving Anderton we knew Barry and Carol planned on filling with water and emptying their cassette just around from where we were moored.  They'd catch us up later.  When we passed the water point there was one boat just getting their hose out and on the second mooring was a fellow merrily washing his boat.  He kept stopping to chat to someone standing on the towpath and had not a care in the world.  When I looked back I could see nb Winton's Folly coming around the bend.  We wondered what they'd do about it!

We've never before seen a swan that seemed to like dogs but that's what we saw today.  The border collie appeared near Big Lock and the swan was way back along the canal.  It spied the dog and took off flapping.  We weren't quite sure what was going to happen.  The swan landed and made a beeline for the dog who was leaning down to the water waiting anxiously.  They sort of did a little lunging dance towards each other for a bit before the dog's owner called it.  The swan looked a bit dejected until it spied a labrador and it's owner walking along.  Off it went to swim alongside them as they walked.

We shared Big Lock with, and chatted to, a couple on a boat that we've been leap frogging the last few days and it was well and truly lunchtime by the time we moored up.  We did the bare minimum settling in and went for lunch at the White Bear pub in the main street of Middlewich. 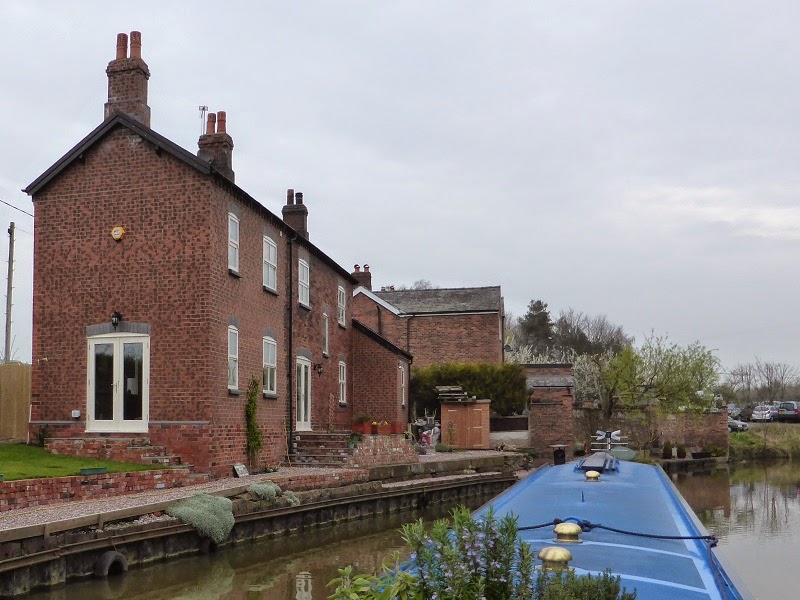 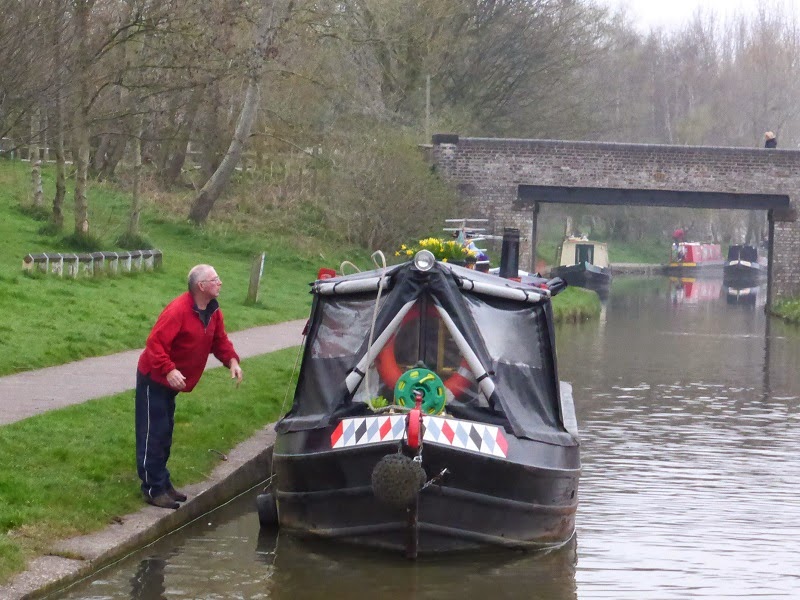 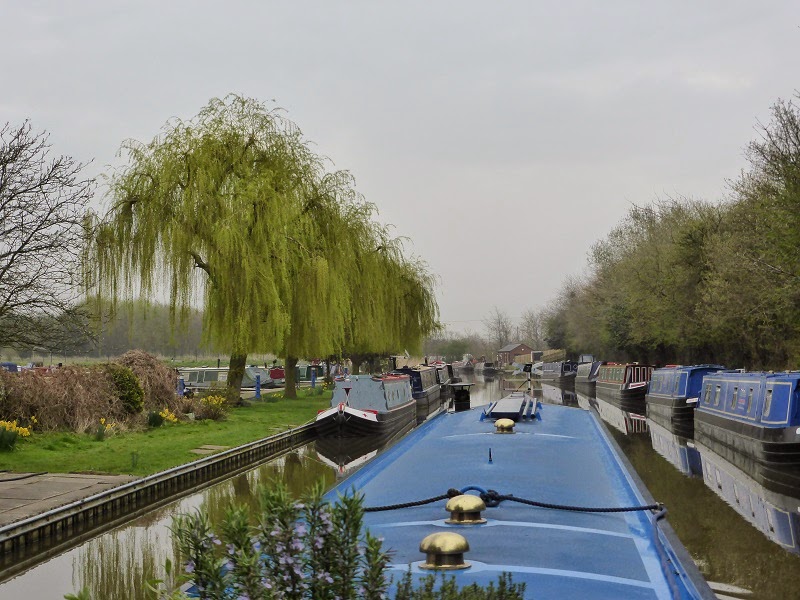 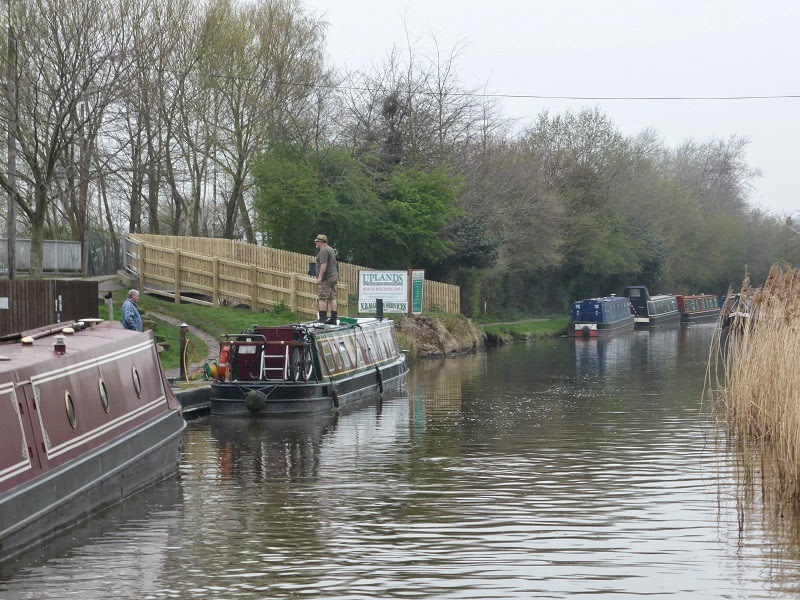 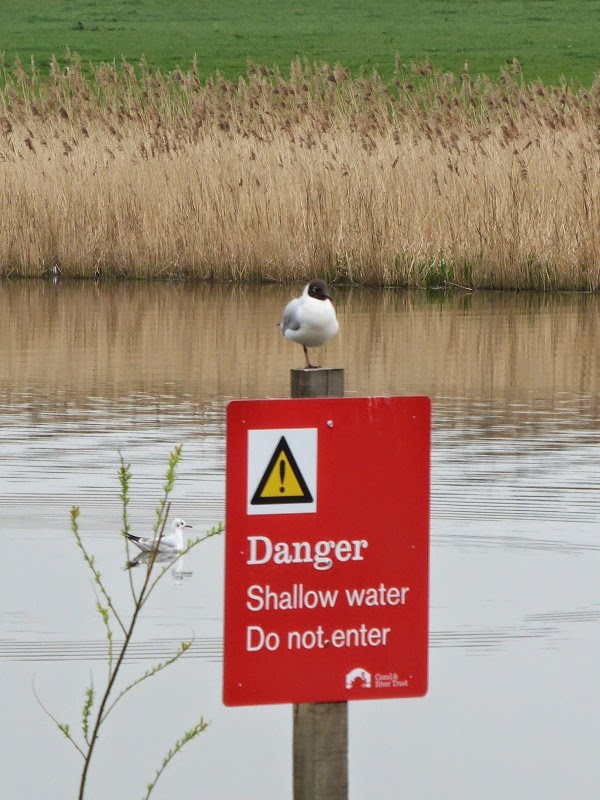 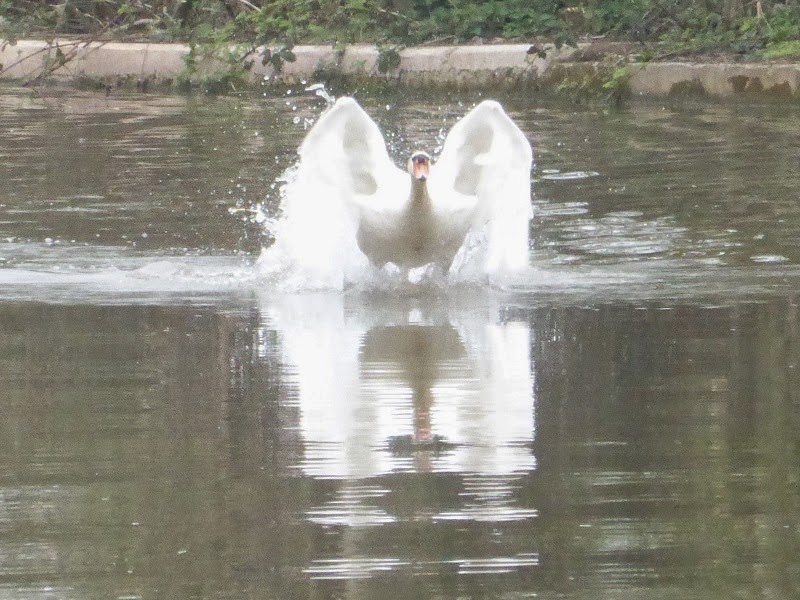 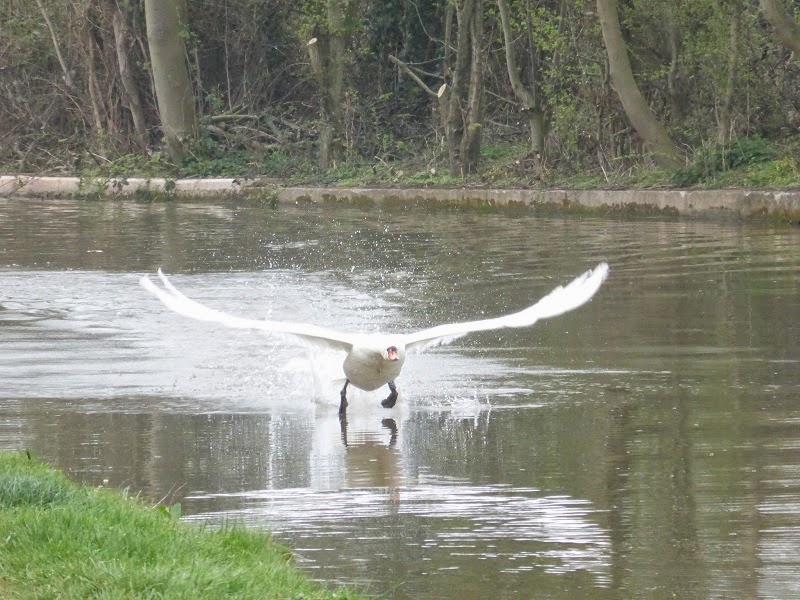 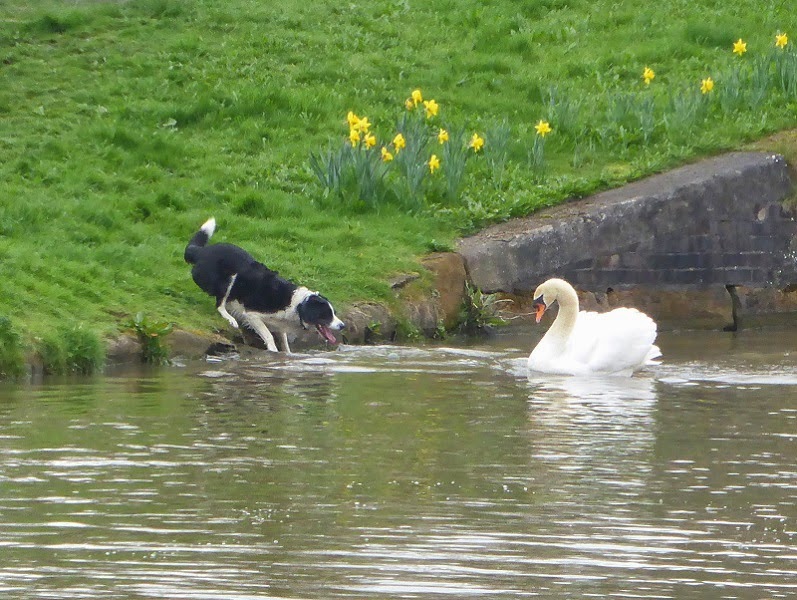 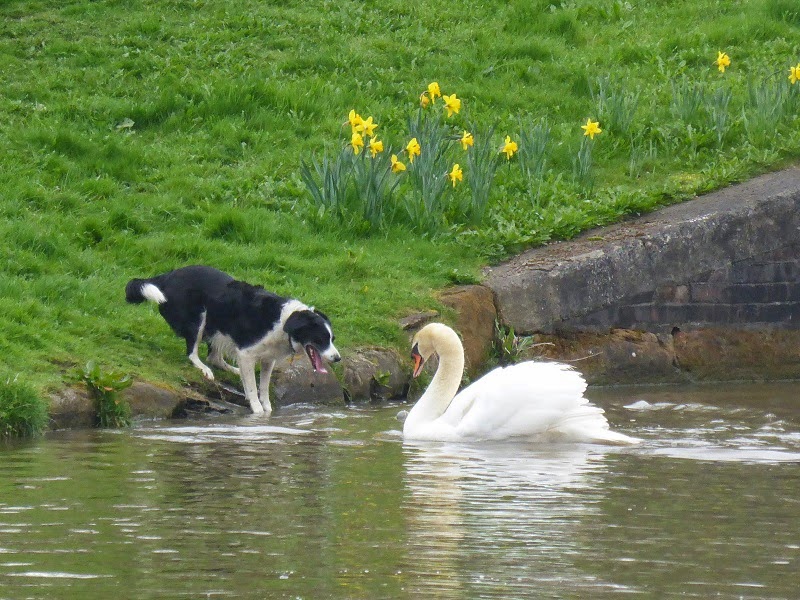 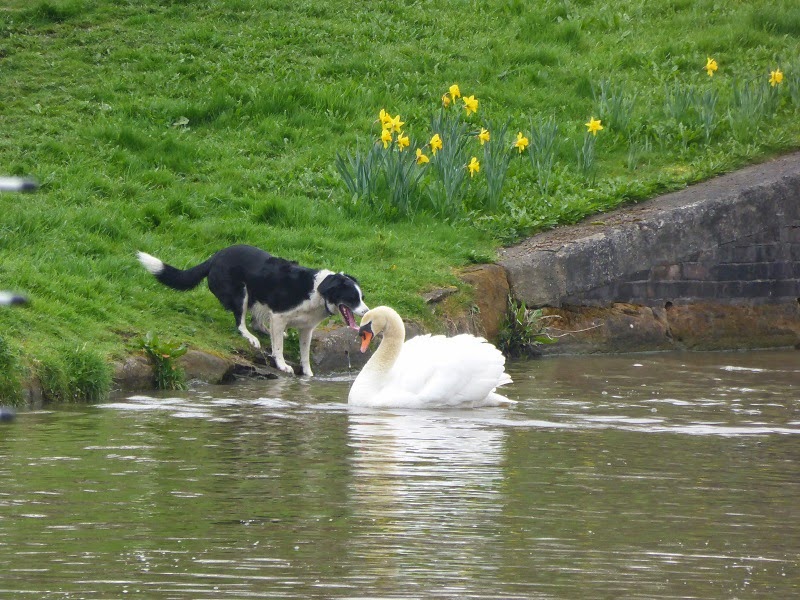