Not a long cruise today.  We started off at the water point which seemed to take forever.  At the couple of locks we still had to negotiate at the bottom of Fradley we helped a French couple on their hire boat.  She spoke pretty much no English and was having her first attempt at handling the boat in the lock.  There was a bit of chaos about collecting hubby again until I pointed out to him that he could go down the steps at the bottom of the lock and if she waited immediately outside the lock gates he could get back on.  I think that was a huge relief to her as I got a very enthusiastic response from her and appreciative waving although I understood none of it.

At that second lock there was a swan that was having a lovely time waddling over to the bywash, jumping in and swishing down to below the lock.  It reminded me of the pair of swans at one of the river locks.  There was no stopping getting them into the empty lock while I filled it.  I imagine it must have been a regular activity as they rushed to where the water inflow was and spent the filling time body surfing.  As soon as the water stopped rushing in they headed over to the gate to wait for me to open it.

We passed a stunning field of canola that smelled lovely. Opposite was a stretch of very nice private moorings.   Below the first lock at Alrewas we began looking for a mooring.  I walked from the lock and came back to wave Mick on.  The moorings got increasingly nice into the village.  We chose a spot opposite a very well tended lawned garden and stopped for lunch.

We had been in contact with  fellow Aussies, Evelyn and Glyn on nb Lunas, and knew we would be passing them soon as they came towards us.  We got a message saying they were moored a bridge or two ahead and would come and find us after lunch.  I went for a walk in the village and returned to find them at our dinette with Mick about to make tea.

Over a cuppa we shared news and compared notes.  They are on that very steep learning curve we endured in our first few weeks.  How well we remember the feeling of thinking we would never be good at handling this boat.  The confidence arrived..... eventually!

They asked us to come and see their boat so we had a good look around and answered what questions we could,  nice to meet you both at last!  I handed over our Australian flag window screens.... I've another pair somewhere with another pair of Aussies in mind for those.

I just love coming down to the canal from a village or town sometimes.  In this case there's a lane that is driveway access to the small housing development that we are moored opposite.  We walk down the little paved lane beside Alrewas House and it ends at a tiny footbridge over the canal.  So quaint. 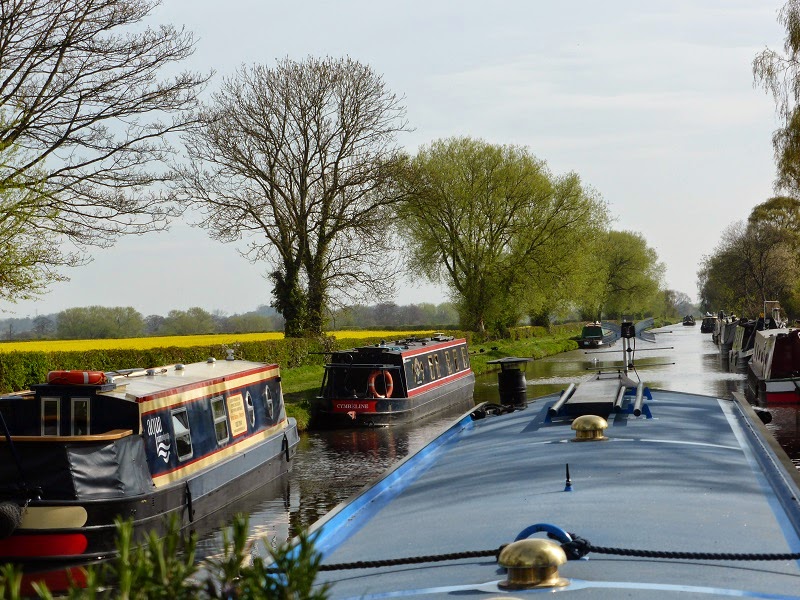 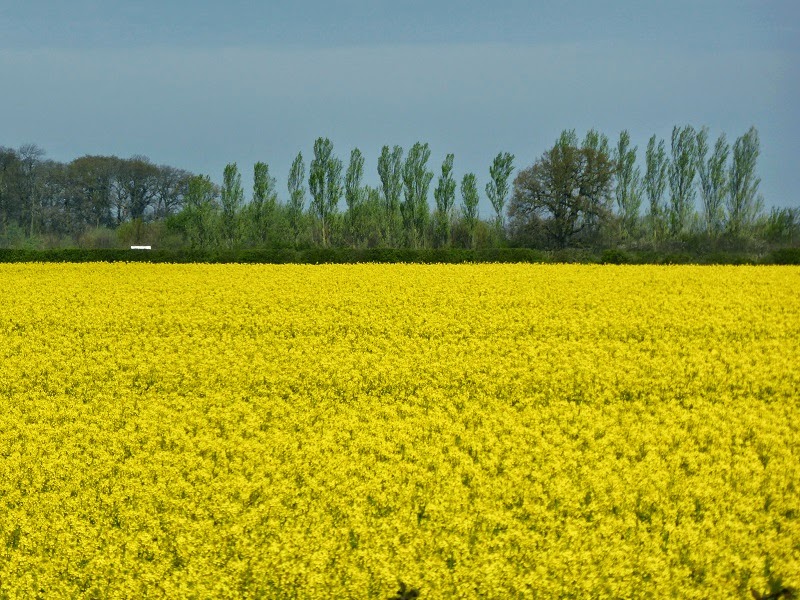 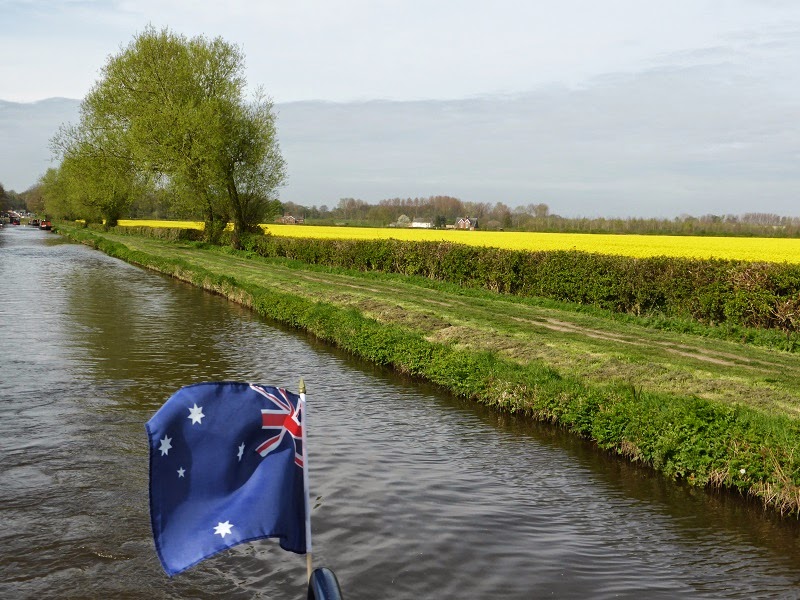 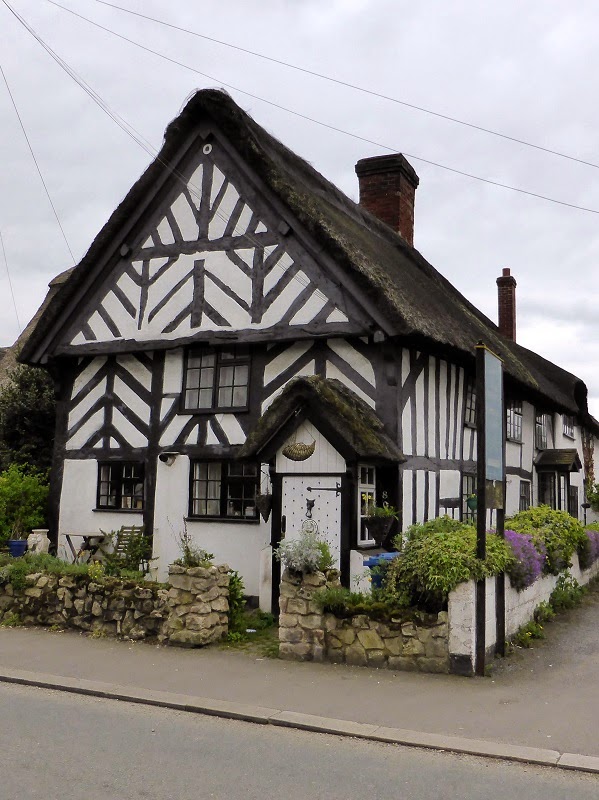 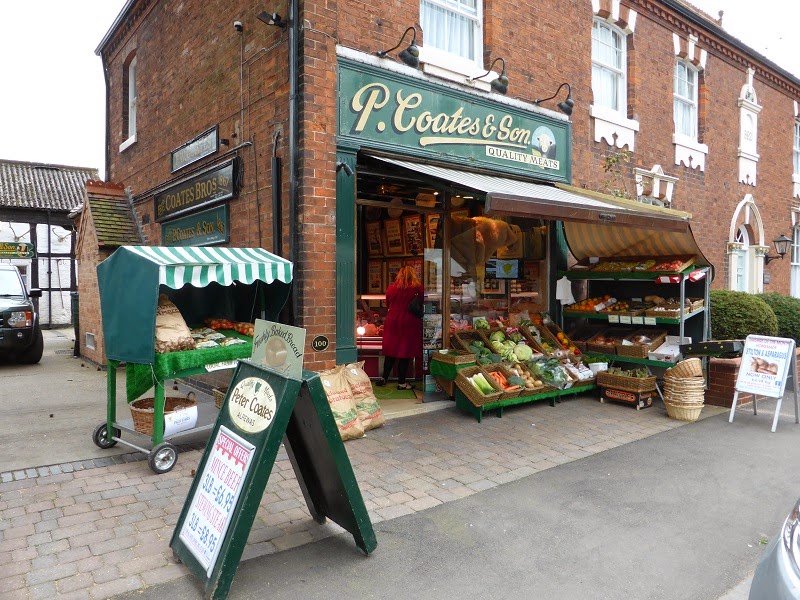 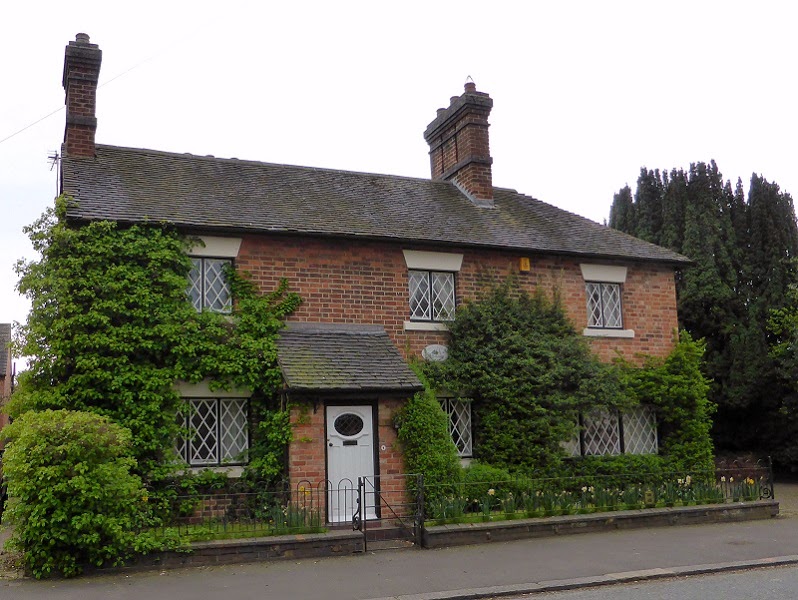 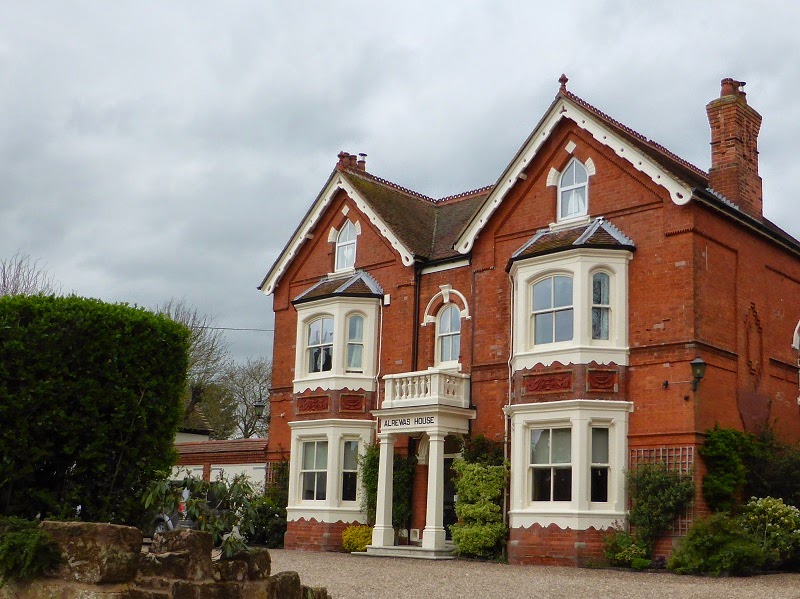 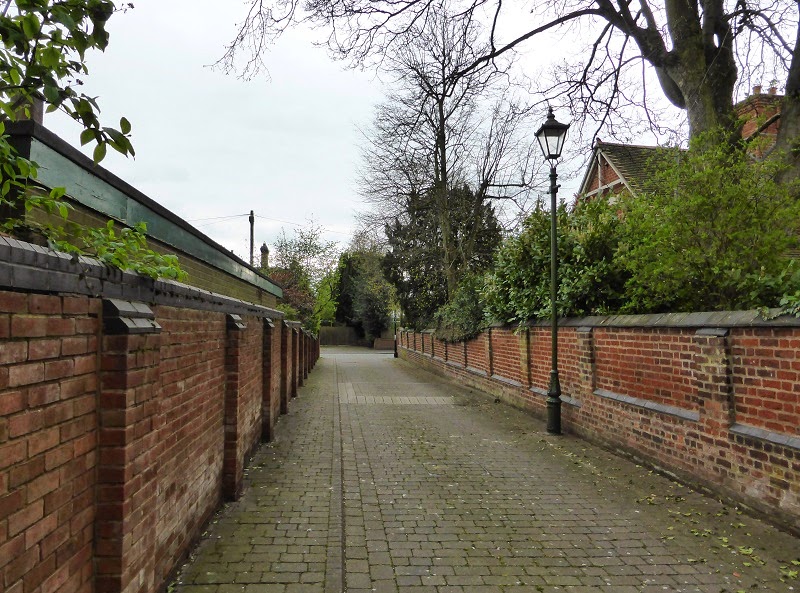 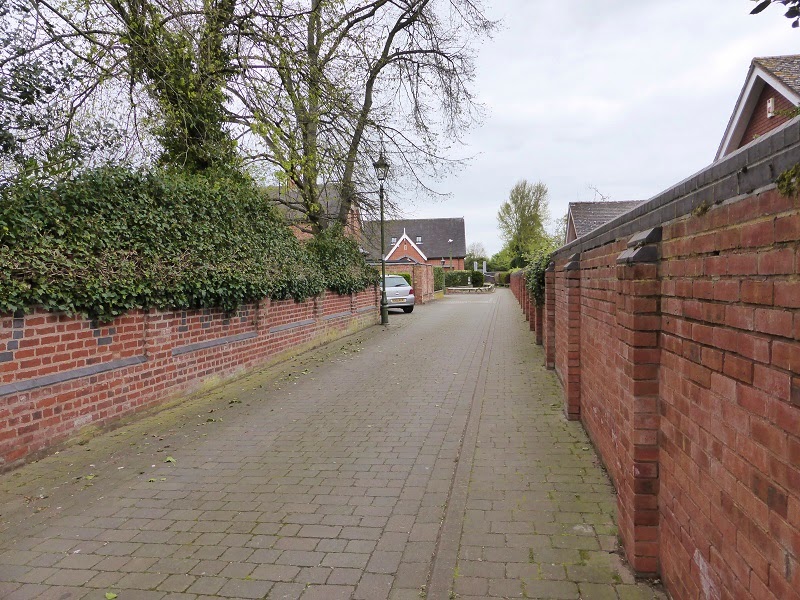 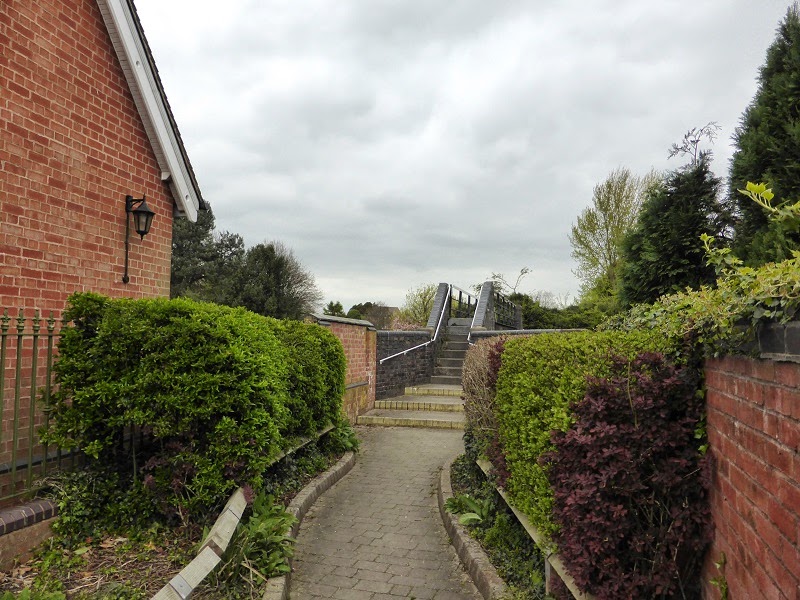 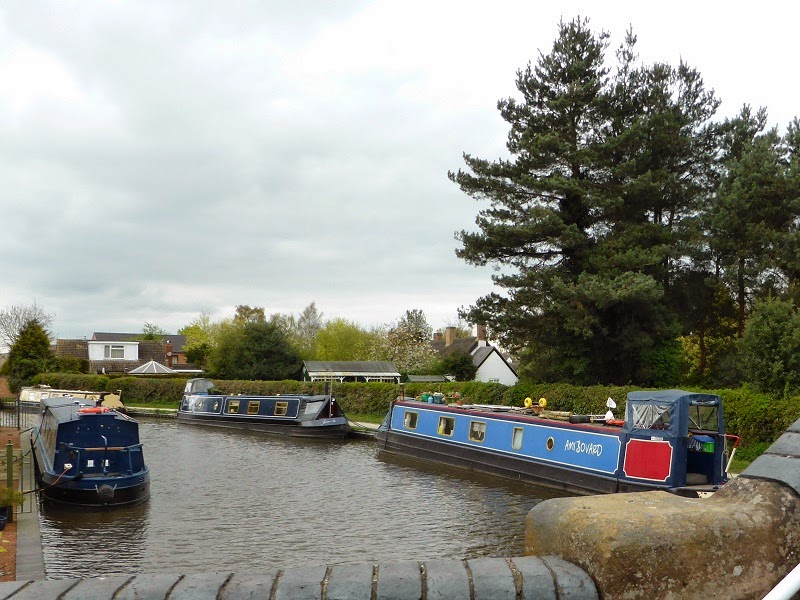 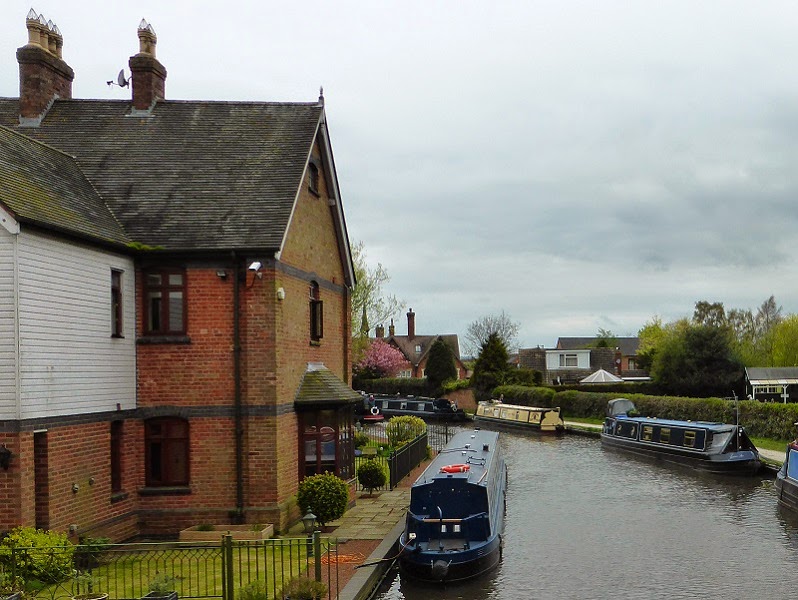 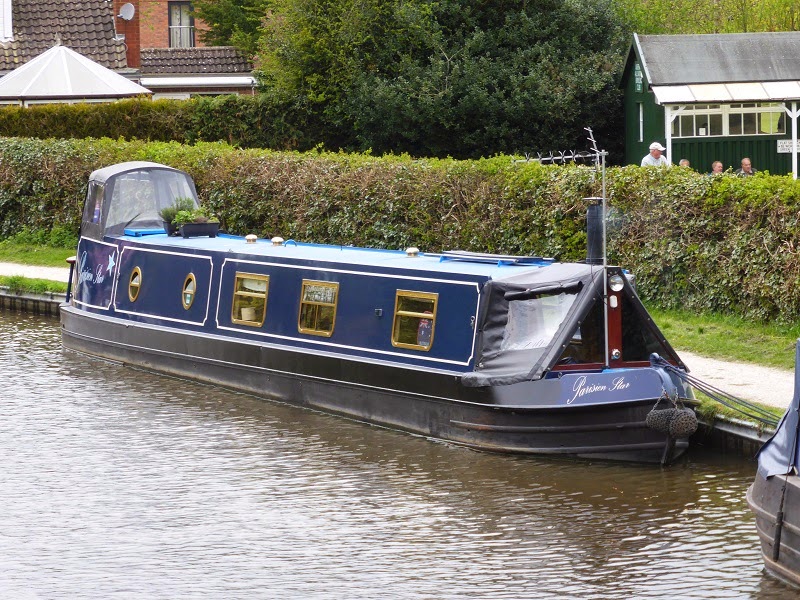 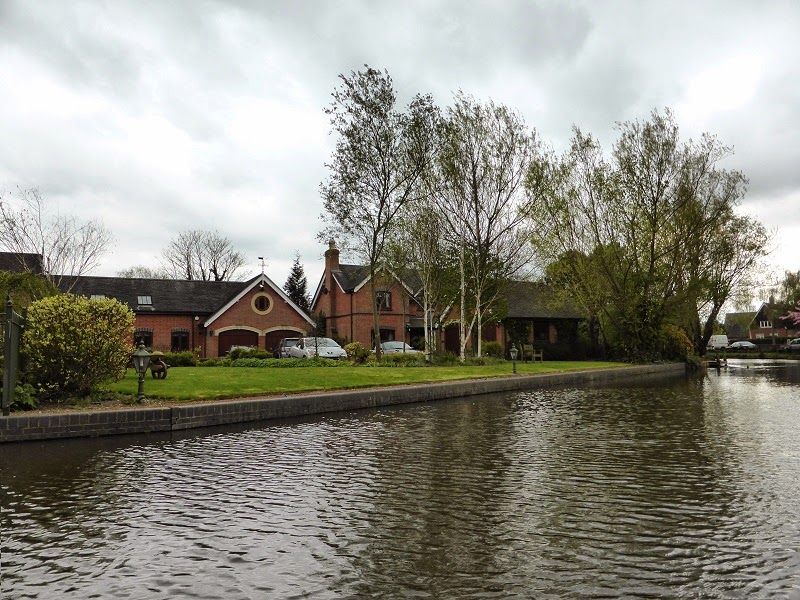 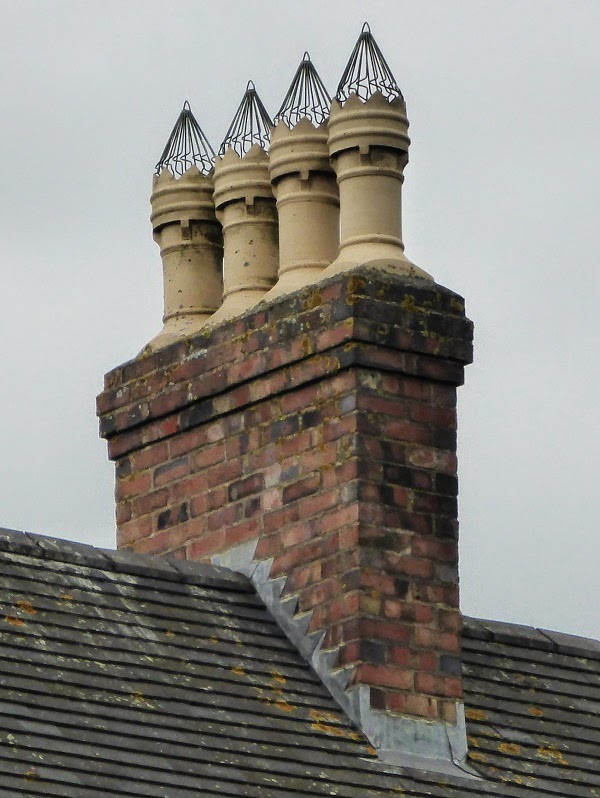 We are lucky to have a mooring below Hunts locks, the first or last of the Fradley flight. In fact you can see Percy first boat on the right In your first picture. We should be aboard tomorrow.