I forgot yesterday when I typed my blog entry about a boat we passed on our way.  We were admiring how nicely kept it was when the couple, who were busy sawing something on the towpath, looked up to wave.  The lady yelled out "Parisien Star"!!  It was Sue, the very helpful lady who worked at Aqueduct Marina when we bought the boat.  There was a brief conversation across the canal about why we were still here more than a year after we arrived, that we were going home soon and selling the boat.  How lovely to see Sue again before we go.  Hope she's enjoying her retirement on the cut.

Another sunny day today.  It was so pleasant standing at the stern as we cruised.  We got out pen and paper and began writing up an inventory of what's on the boat for the next owners of Parisien Star.  I've also been typing up some notes on how things work.  Hopefully the next owners will have an easier time of starting out than what we did!

Carol suggested we moor at Moore so we stopped at the spot she pointed out on the map.  They caught us up about an hour later.

There was a swing bridge over the Manchester Ship Canal marked on the map so we set off to have a look at it.  The weather was perfect for a good walk.  On the way back we weaved our way through back streets hoping we would find our way back to the canal.  We walked and chatted with a local lady for a bit and she pointed us off in the direction we should take.  When we reached the end of the road, she had told us to turn left there, and Mick knew better and insisted we should turn right.  What resulted was an enormous detour that took us well off in the opposite direction.

We asked for further directions from an elderly man who directed us through muddy paddocks of curious horses and then over a high walkway over a railway line.  Back through more fields we suddenly found ourselves at somebodies back door.  This always makes us feel strange because it simply doesn't happen in Australia.  The couple were sitting outside having a cup of tea.  We told the lady of our plight that we seemed to be getting further away from our destination. "Oh, bless!" She said as she led us along the lane a little way to point us on our way.  We had to go just a bit more out of our way to get back over yet another railway line and a busy road but then the canal came into view. Finally.  As we returned to the boat Barry and Carol were about to set off.  We suggested they try a more direct route!

Later we all took out our folding chairs to sit in the sun on the towpath. Mick sat watching a family arriving to feed their horses way down in the field below.  He noticed, not because of the horses, but because of the black labrador who spent the entire time with a stick in its mouth hoping for someone to throw it.  We also spied another Crown Narrowboat for our collection.  This one was nb Wye Knot.

It's been another thoroughly enjoyable day. 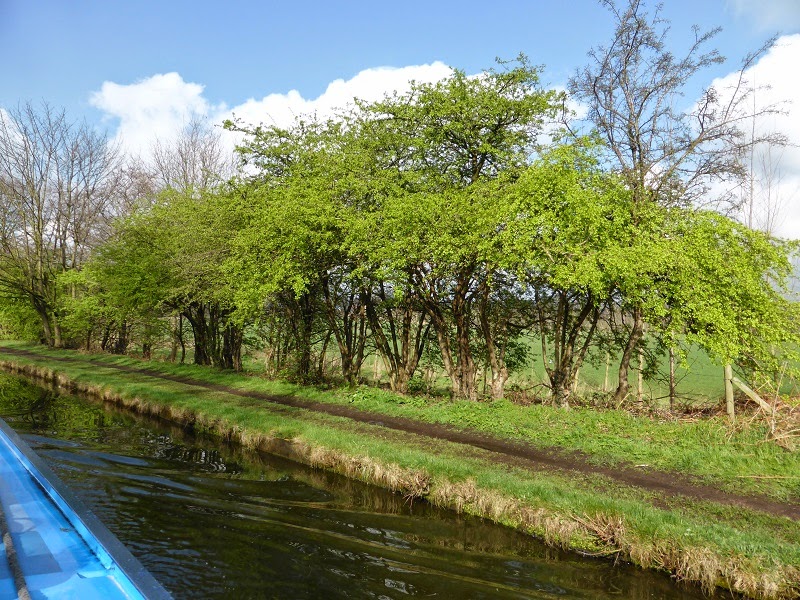 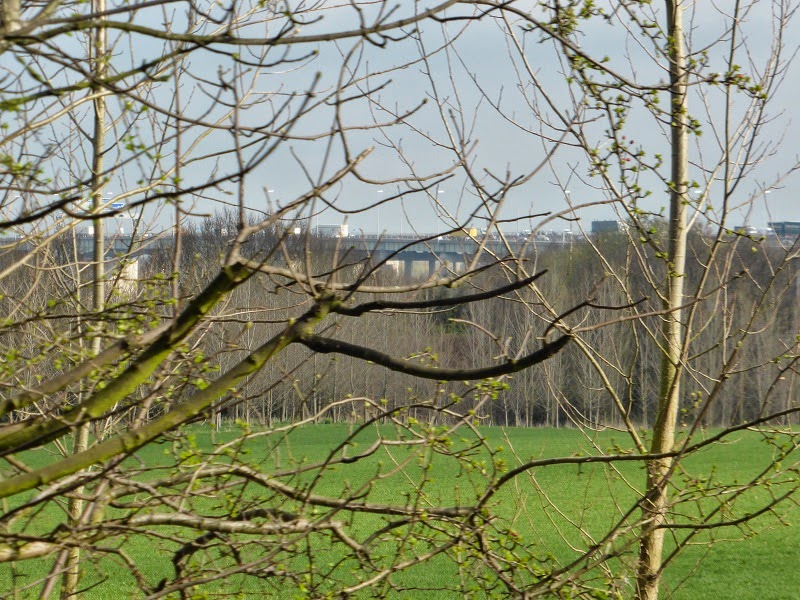 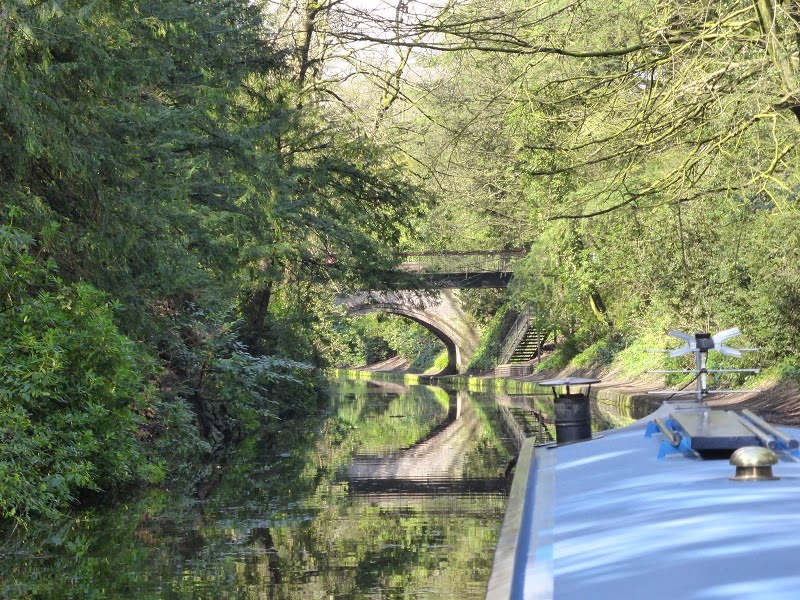 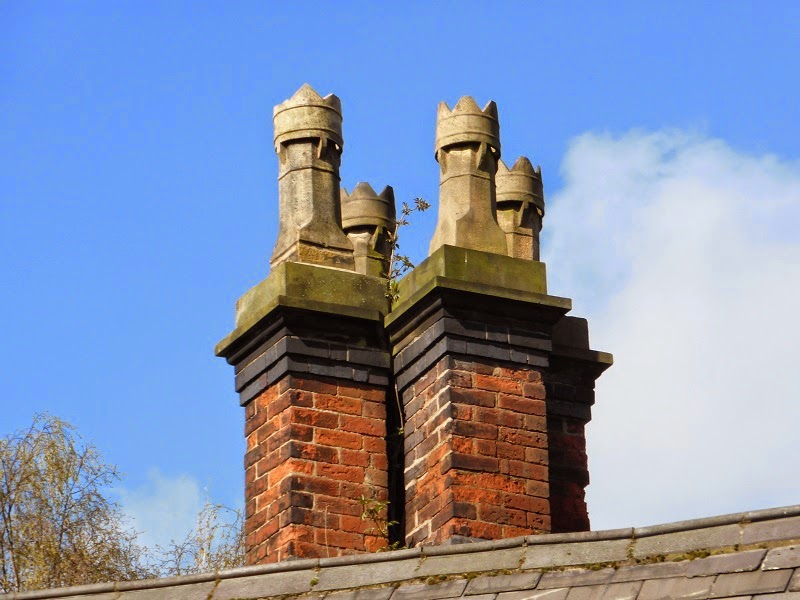 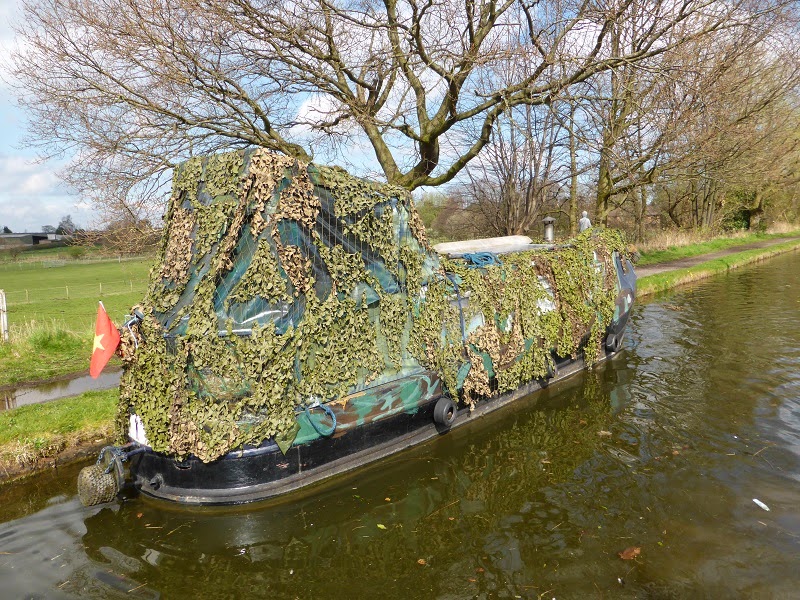 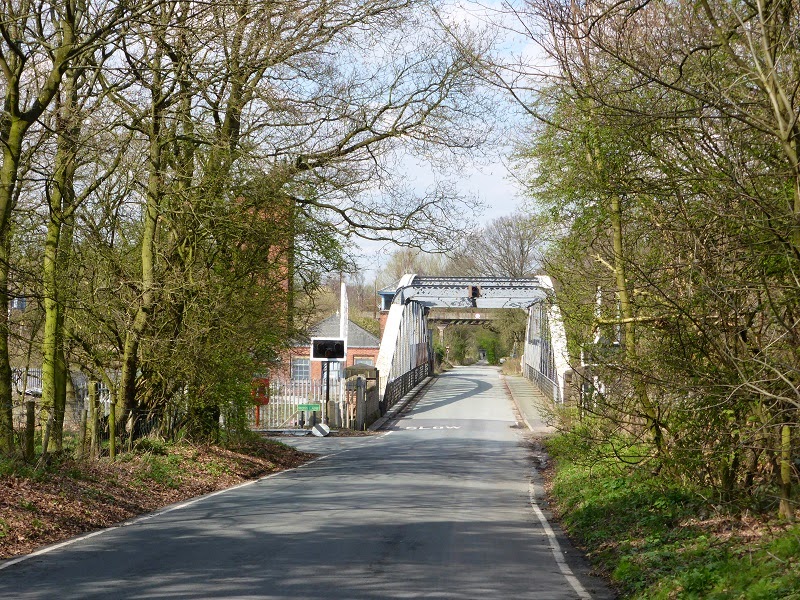 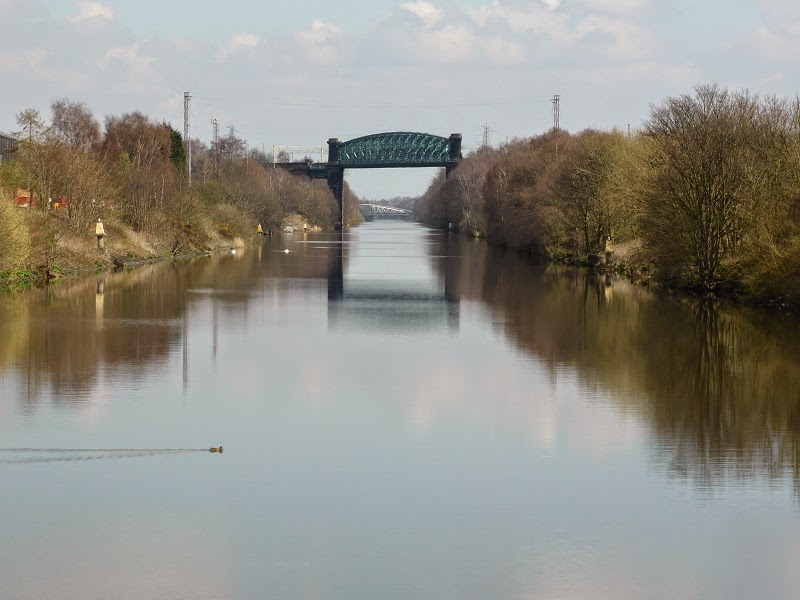 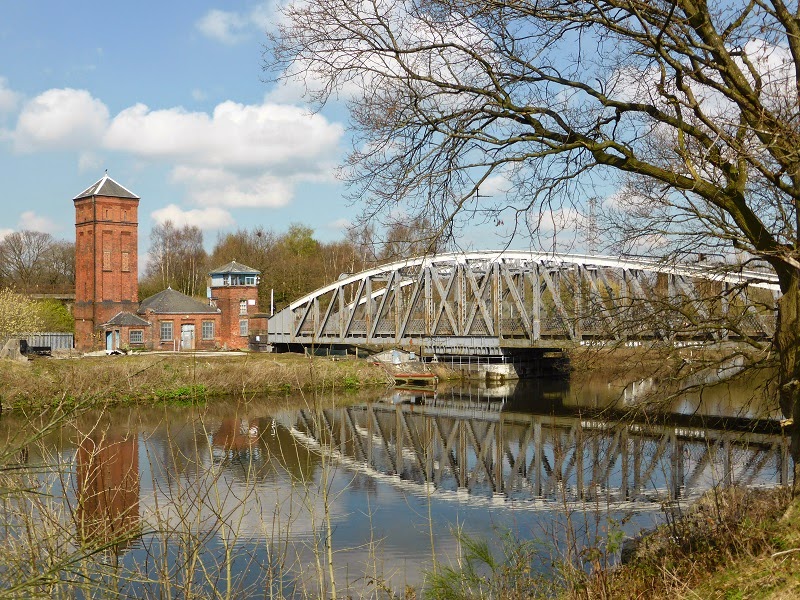 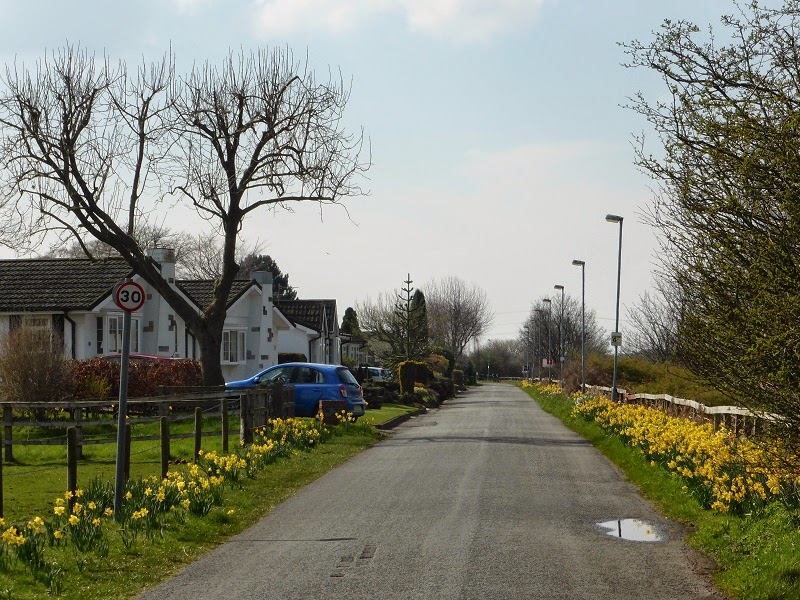 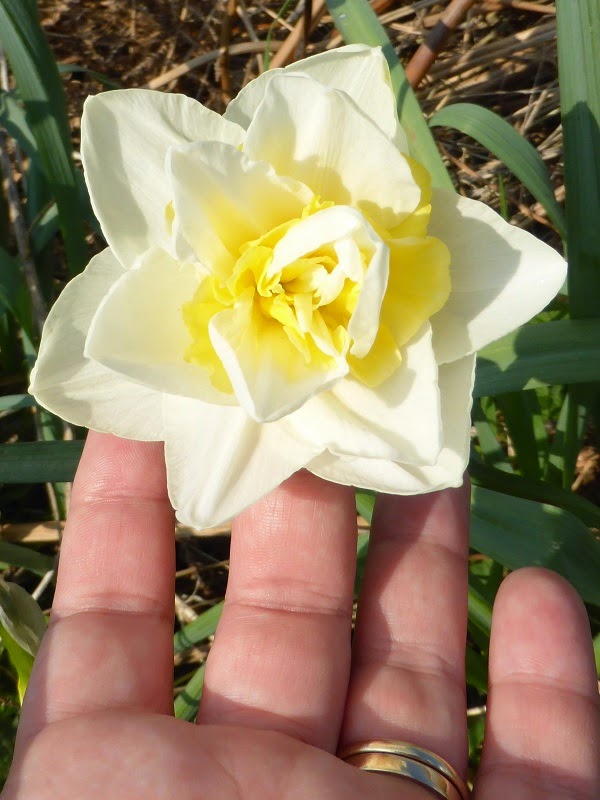 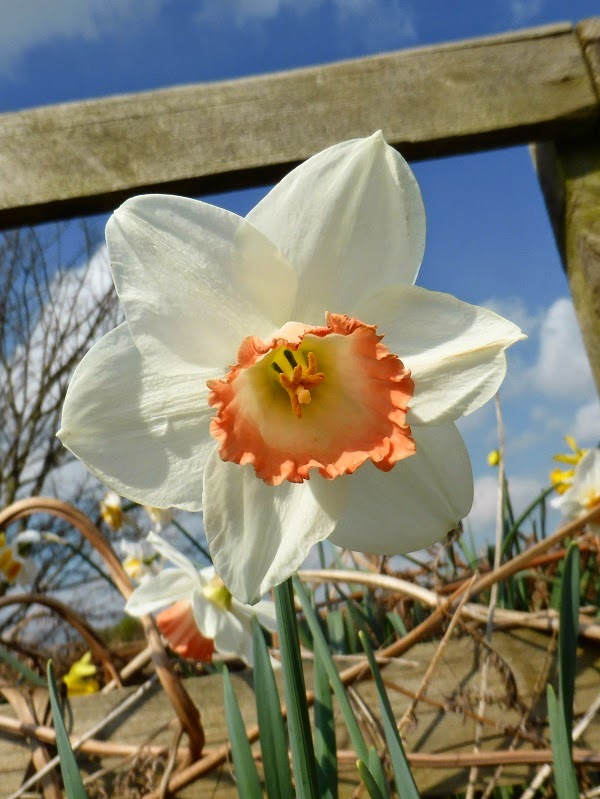 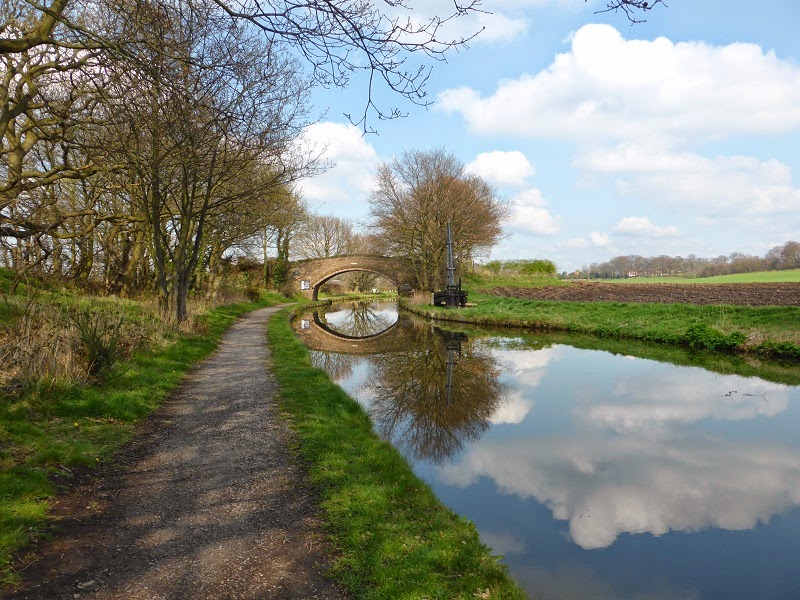 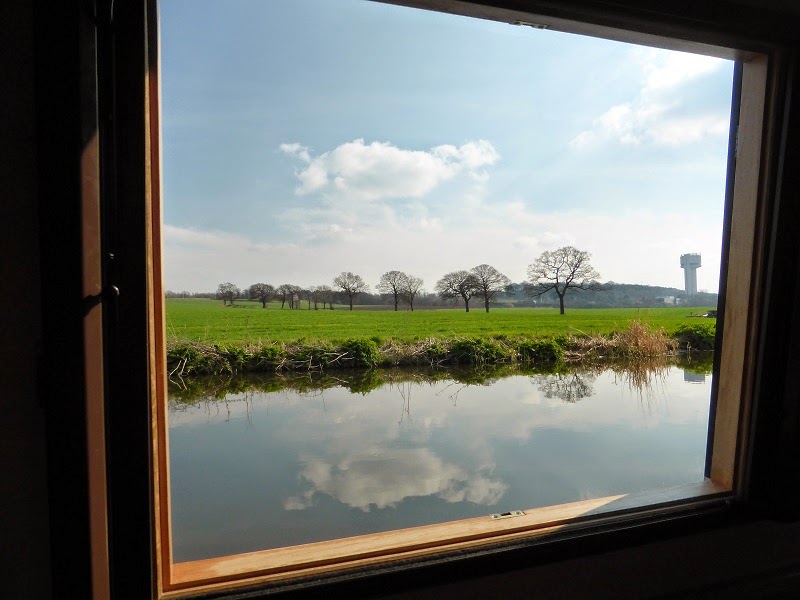 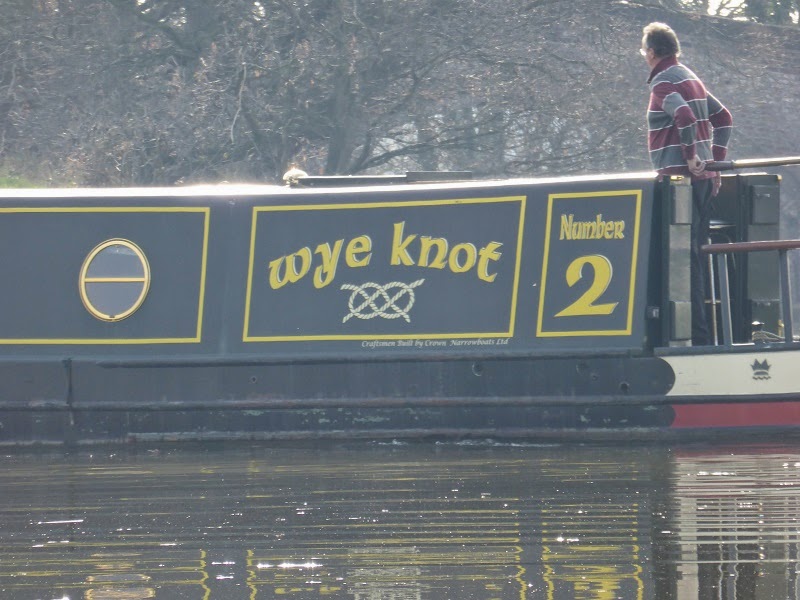 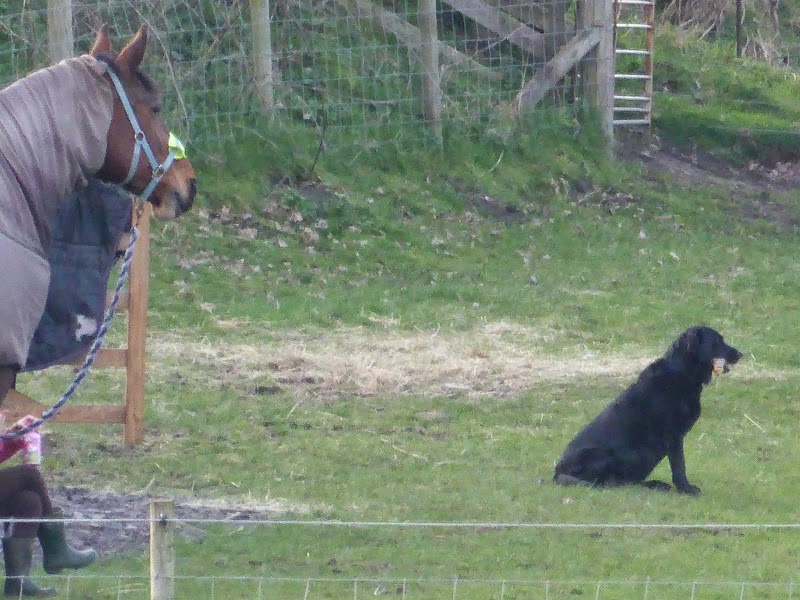