Last day for Tore and Kirsten

This morning a boat passed us and called out "Are you the new owners?".  The Aussie flags were missing from the windows so that might have made them wonder.  I took out the second pair of flags from the cupboard and put them on the windows for the last 3 weeks cruising.  We were low on milk so Mick walked into the village to see if anything was open on Good Friday.  Seems it's business as usual.  In Australia everything's closed on Good Friday and Christmas Day.

We had one last visit from Tore and Kirsten before they fly back to Denmark this afternoon.  They brought the sun with them again for their first cruise on the boat. Tore took the boat from our mooring and through our first lock of the day.  Mick went ahead to work the lock and say farewell to Evelyn and Glyn on nb Lunas.

Below the lock the canal shares its course with the river Trent for a short time.  At the following lock the A38 follows alongside the canal.  How noisy and busy it seems beside the sleepy pace of the canal.  Tore moored up after the second lock for tea and coffee, some more questions and chat.

We waved Tore and Kirsten off as they walked the mile or so back to Alrewas and we continued on our way.  We passed Barton's Turn Marina with the wharf teeming with people in the sunshine.  We stopped just after, along a grassy stretch, for some lunch.  The final stop for the day was Branston in a long line of boats.  We were relieved to find that the road noise that plagued us much of the journey is far enough away now that we don't notice it. 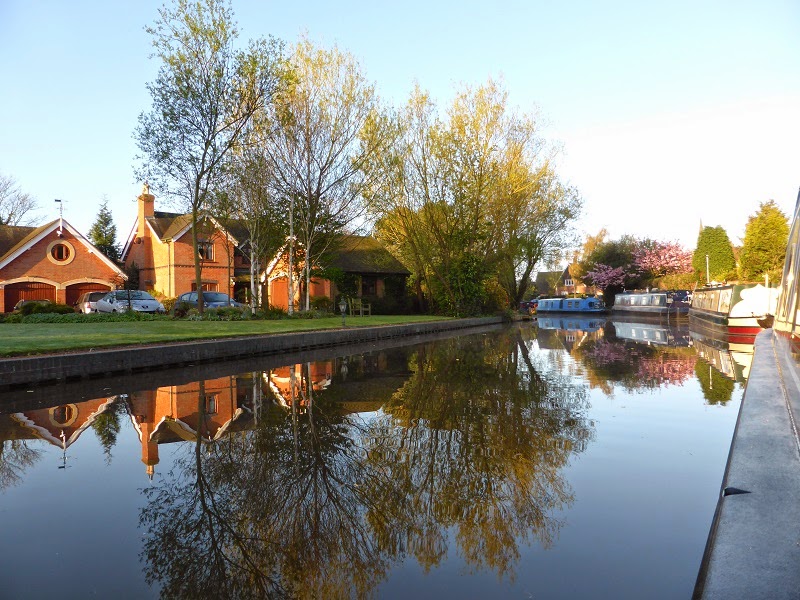 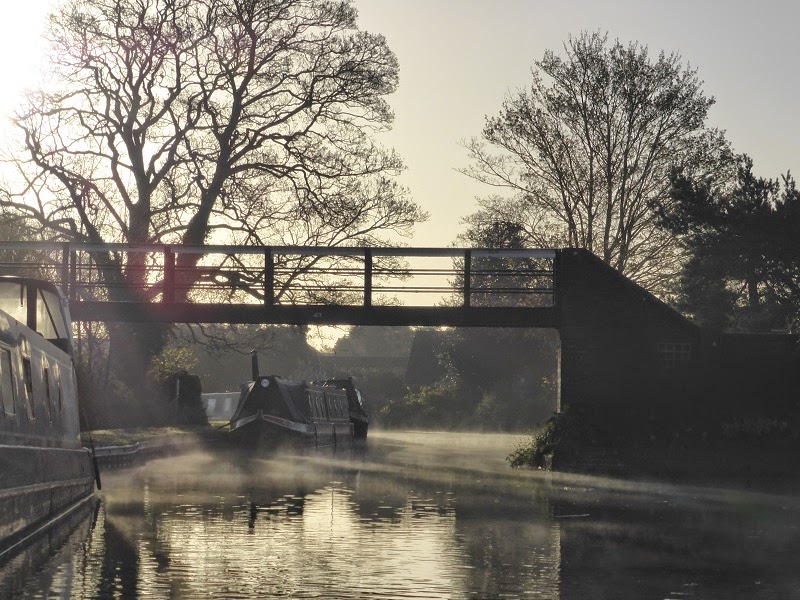 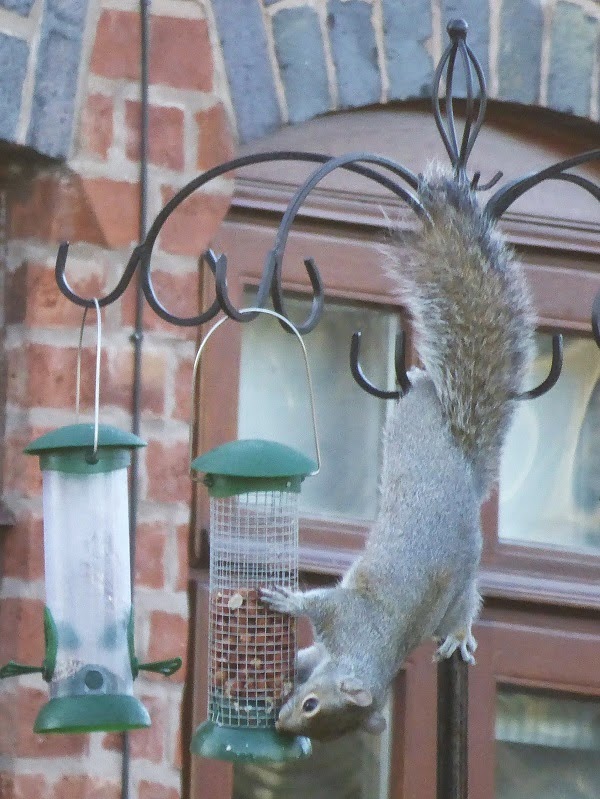 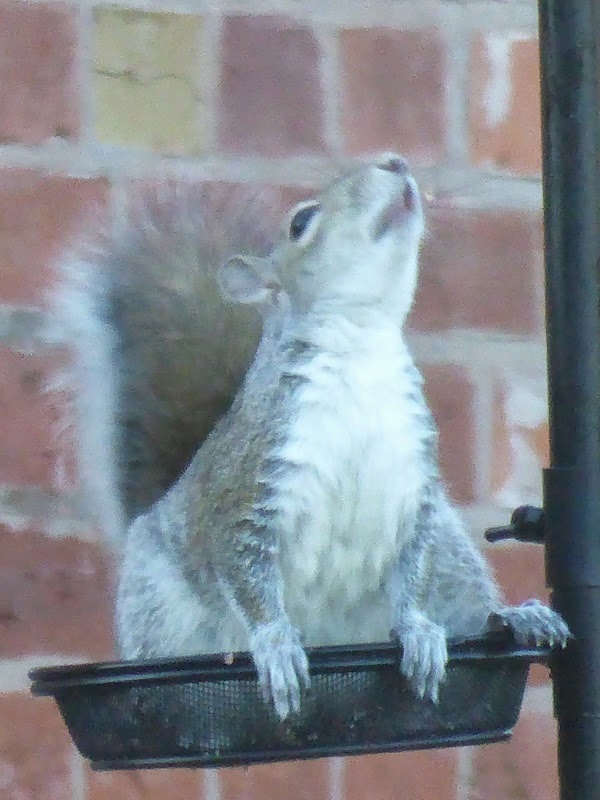 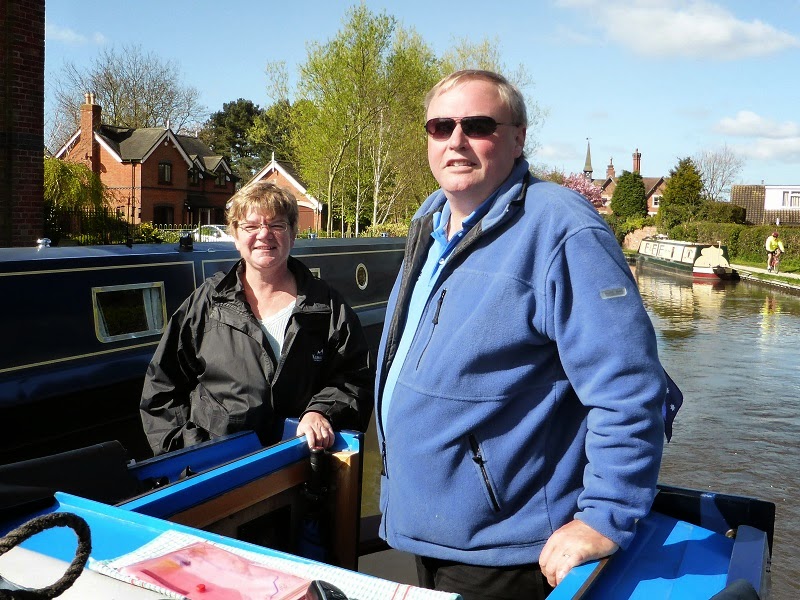 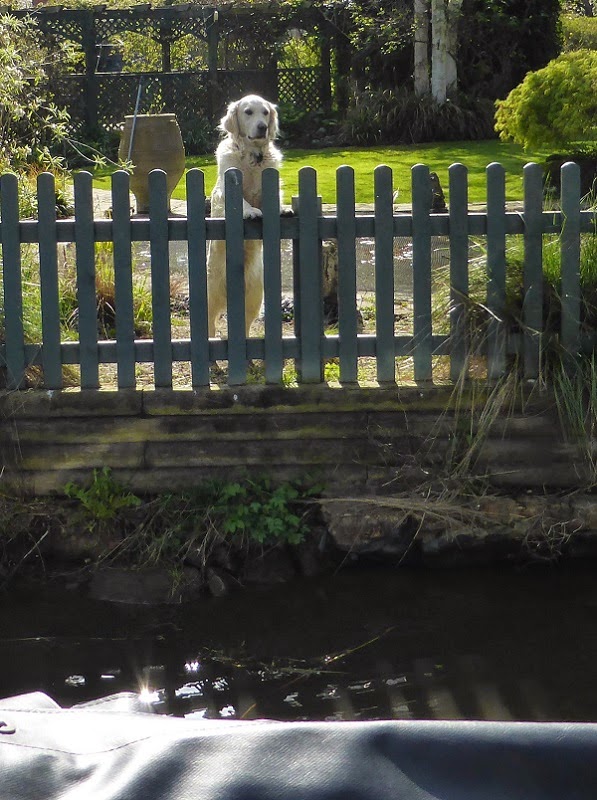 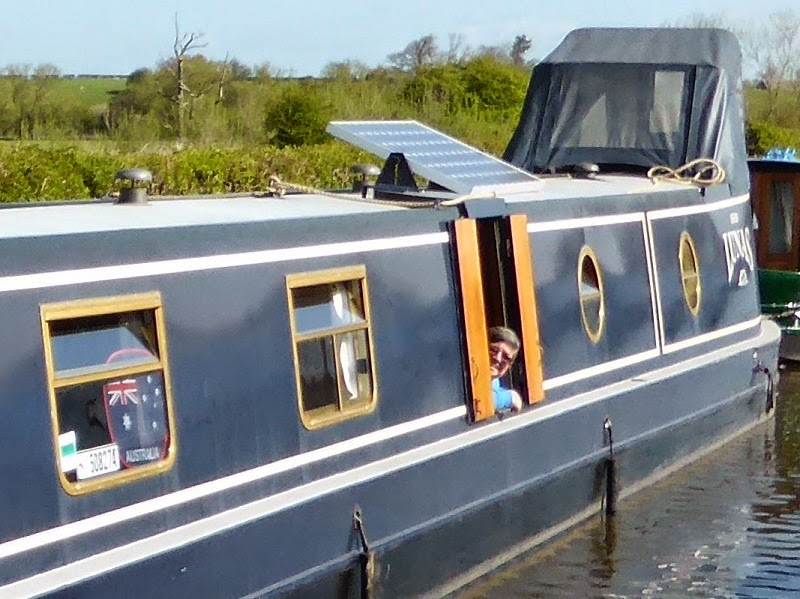 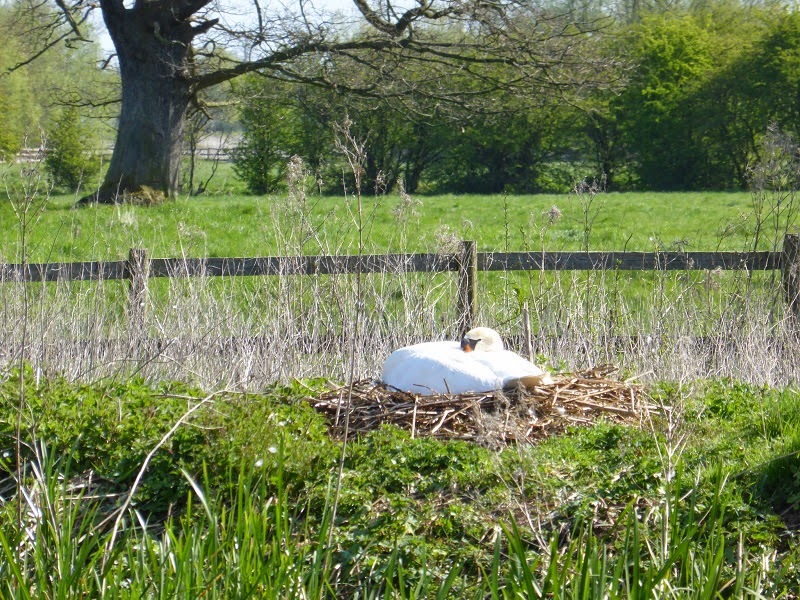 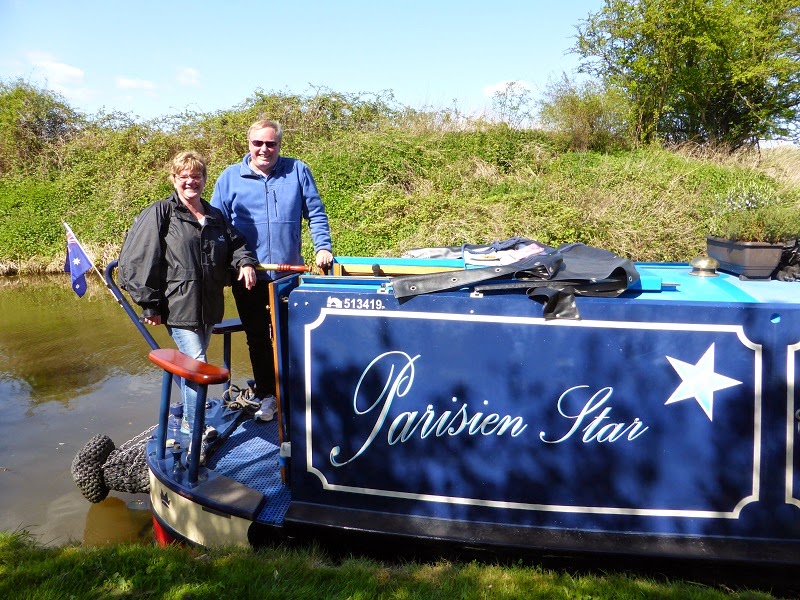 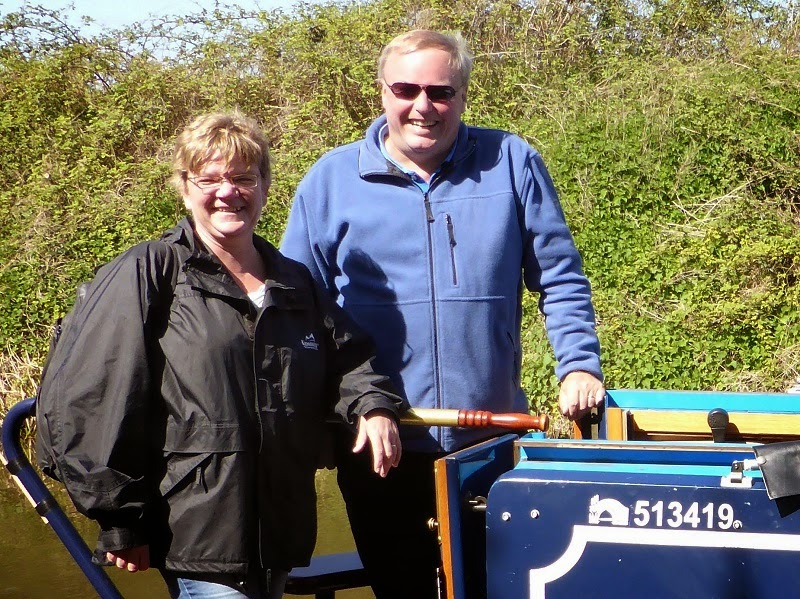 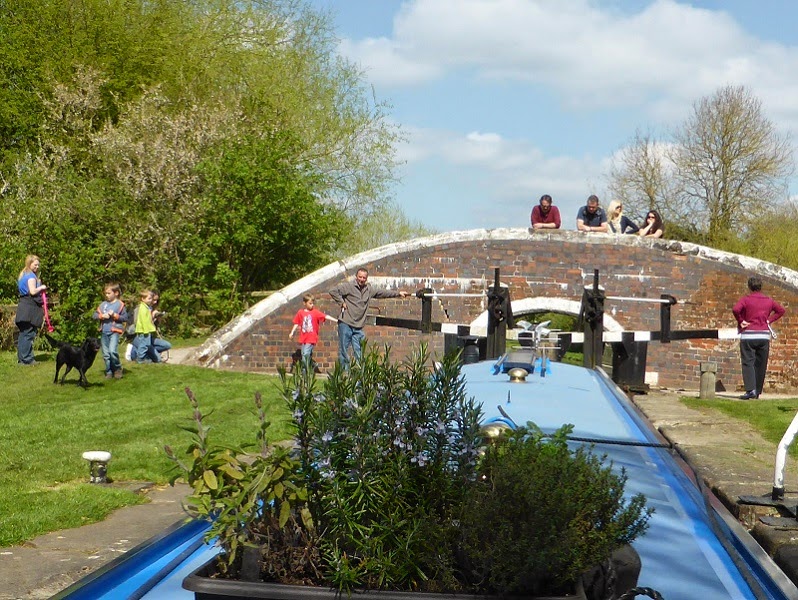 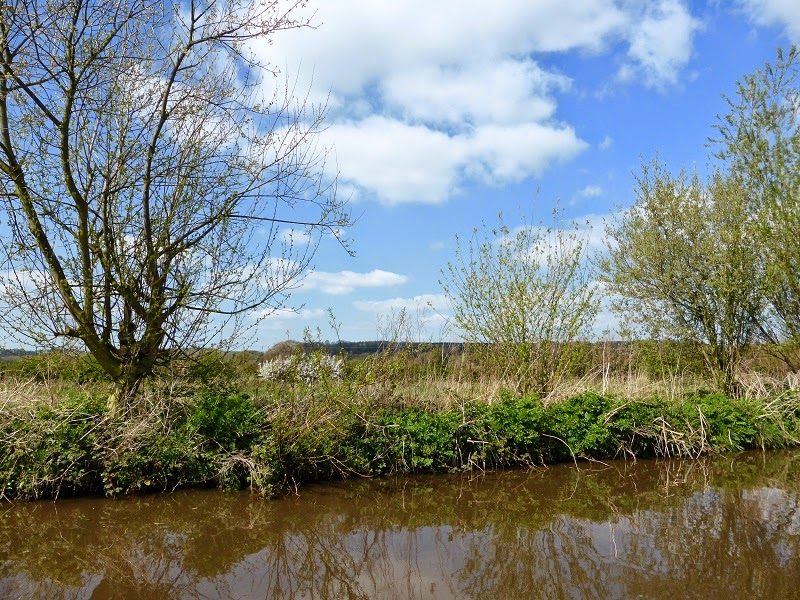