Our cruising pattern has definitely changed now that the end is in sight.  We've been moving on pretty much every day!  Today we did the stretch from Branston back to Fradley Junction in one go, with just a very brief stop at Alrewas so I could dash off to the Co-Op for milk, bread and salad.   Seems like every one else had the same idea.  The Co-Op was full of people and the street outside chaotic with cars.

The locks were a breeze today with boats going in each direction, and we were lucky that we only ever had one boat on the lock landing ahead of us and that only happened once.  That boat got into all sorts of strife running aground on a crazy angle with the bow wedged in the lock entrance.  I think the wind had given the boat a bit of a nudge and with having to turn out into the canal to get in line for the lock it was a problem.  The poor lady steerer struggled on for a moment until Mick went down and grabbed their boat pole to try and force the boat afloat again.

We had a quick visit to Barton Marina.  We had been there by car soon after arriving in the UK and noticed in our cruise guide that visitor moorings are marked there.  We saw there were boats moored along the wharf front where the shops and pub are.  On our way out we noticed the edging had taken a real beating.  It'd damage your paintwork if you rubbed along it.  Ouch!

I looked out for nb Percy on the approach to Fradley as Nev and Rachael had left a comment the other day which we only received after we moved off.  Percy looked locked up and alone today.  Sorry we missed you.

We found a mooring just the other side of the cafe to where we moored a few days ago.  Despite the morning being quite chilly and dark and overcast, the afternoon picked up with the sun coming out.  It was lovely sitting out in the cratch to read a book.  We have to make the most of these opportunities while we still have them.  There's been plenty of gongoozlers walking along and peering in our windows.  That's the price to pay for mooring in a honey pot spot. 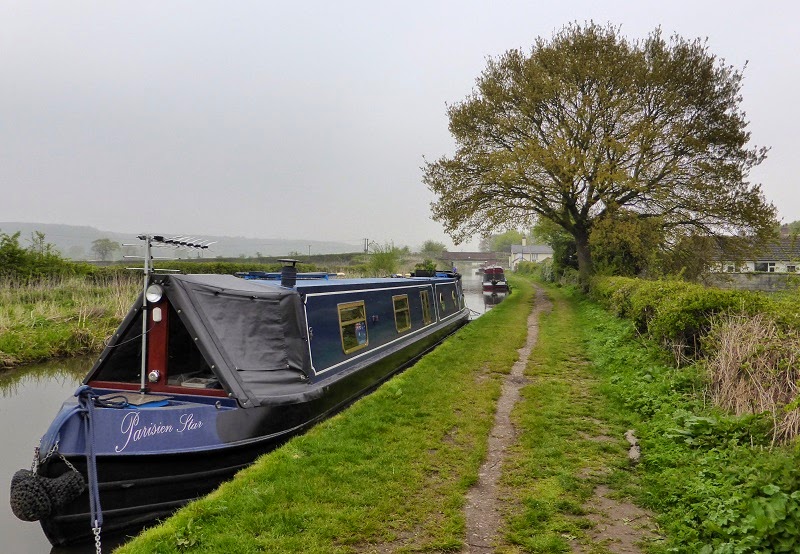 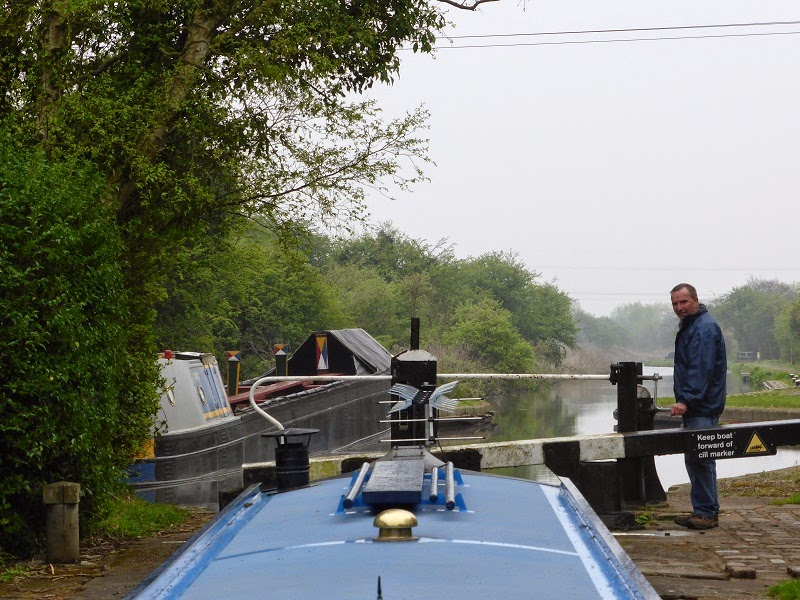 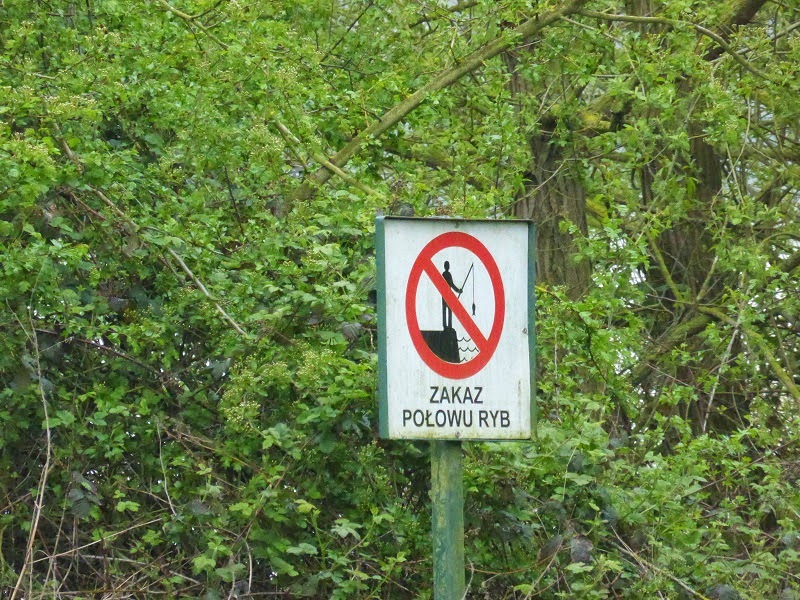 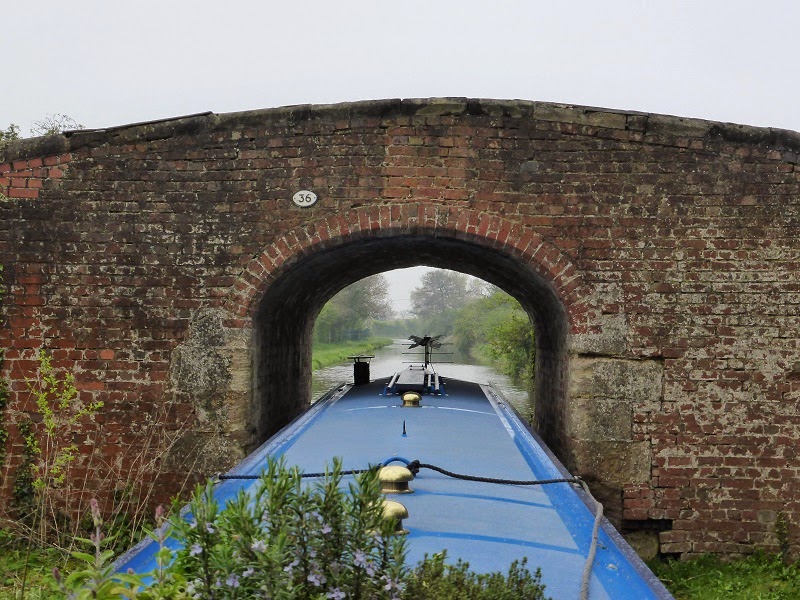 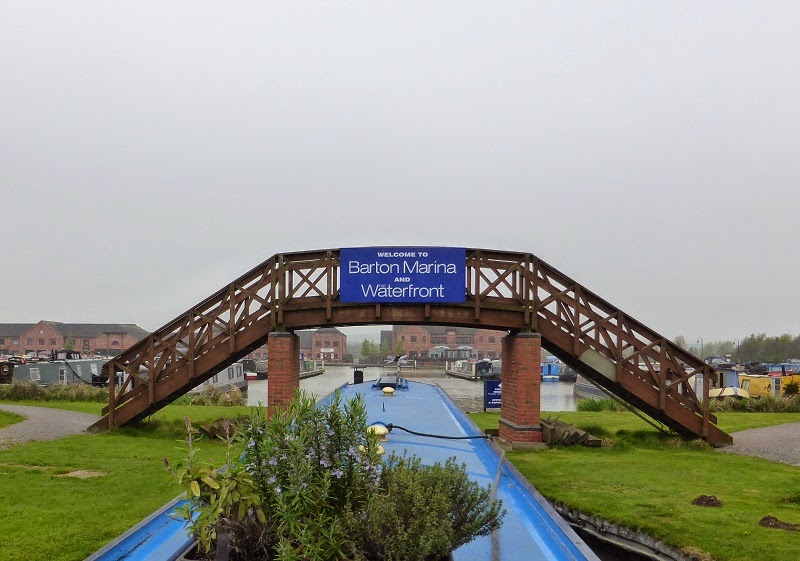 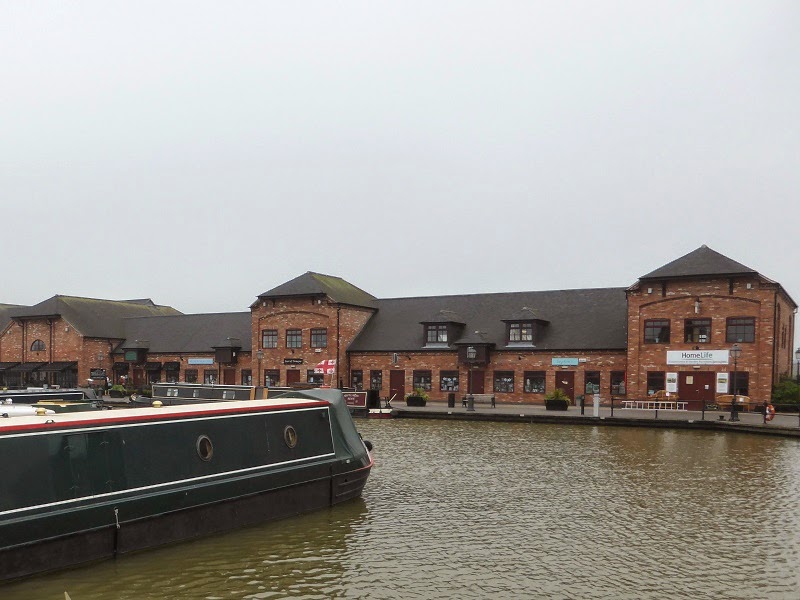 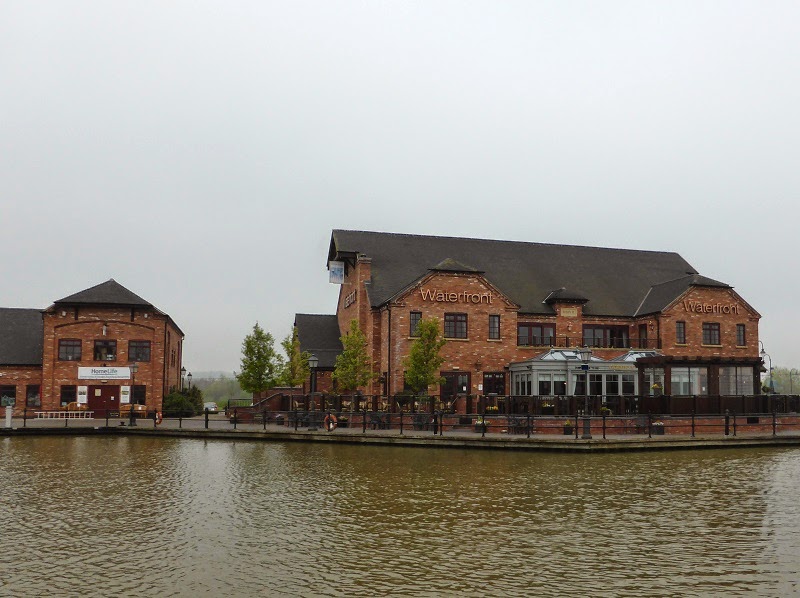 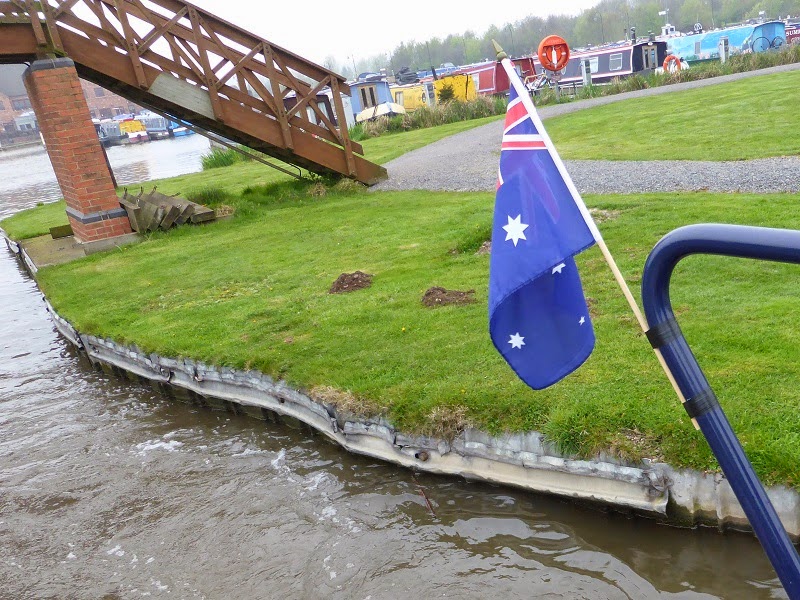 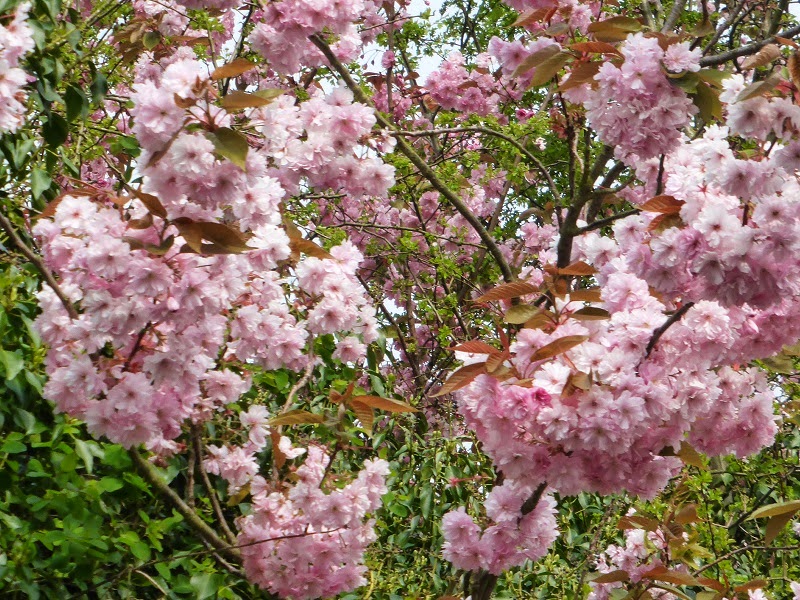 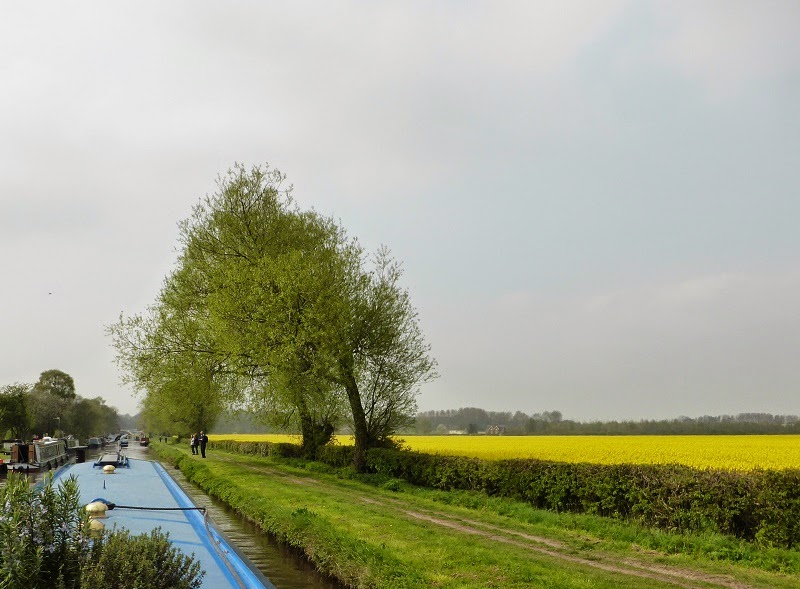 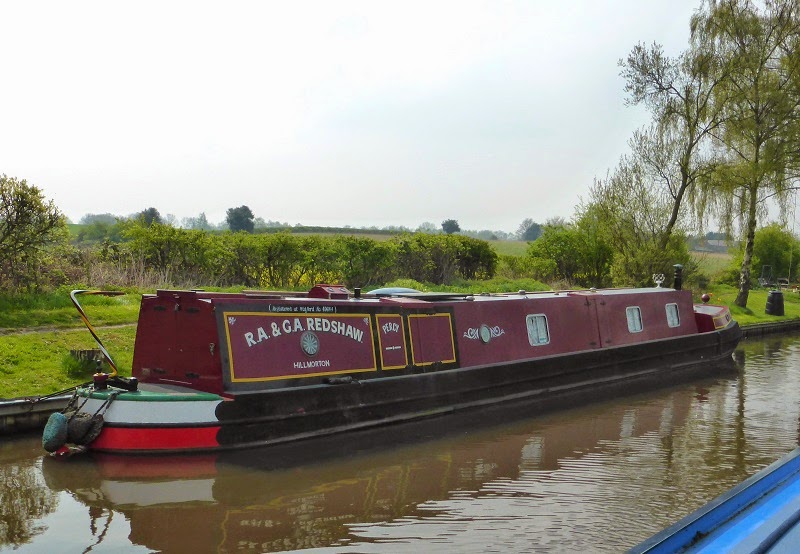 O dear and I was there Tuesday to mow the grass again. In Kansas now would you believe so will not meet unless you buy another boat... ;-)

Take care and thanks for the blog

Nev, ships passing in the night. :)
We waved!
Elly