We got up really early this morning, after our last night on board.  We wanted to get to Rose Narrowboats before too many of their hire boats got in.  I had a quick shower and off we went for our last mile of cruising.  It was a glorious morning that started with a mist but by the time we were under way the sun was out.

We had left the car where we could easily access it if we managed to moor against their wharf.  The only spot free at 7am was for their services but with nobody about we weren't in the way.  First we had breakfast sitting on the armchairs as the dinette was crammed with bags and boxes.  We packed what we could into the car and carefully stacked the remainder under the dinette table to be collected later.

Anthony arrived and we had a chat with him, and then a couple of the staff who would be taking the boat up the slipway.

Mick was like a caged lion striding up and down.  The anticipation was excruciating.  I'm sure all you boaters will know how folk in the narrowboat world are.  They're in no hurry.  Anthony and a couple of the others wandered over to the boat at the bottom of their slipway.  The unlocked it, talked for 10 minutes, they started the engine, talked for another 10 minutes, they wandered around it, got on, got off, talked some more.  Eventually the boat began to move and they moored it alongside a hire boat in the old arm.  Next was the hireboat up on the hard standing.  There wasn't so much messing about this time.

They came over to collect Parisien Star and we watched her drift over to the slipway and quickly up and out of the water.  The actual process of moving the 3 boats was about half the time they spent talking about it in the beginning.

The hull looked good to our inexperienced eyes.  Trevor, the surveyor, had arrived while the boats were being shuffled about.  He quickly got to work scraping the gunk off the hull to take readings.  There were a few specs of rust but nothing alarming.  The results were good so everyone's happy.

We waited while they put her back in the water.  There was a bit of a boaty traffic jam with boats cruising in both directions while they were trying to move moored boats around.  There only space for one boat through the Rose footbridge at a time.  We saw nb Sanity Again cruise by through the little swing bridge so I said a quick hello.  Parisien Star will come out again in the next couple of weeks to be blacked but for now she's moored up waiting.  Anthony suggested we remove the pram cover so the workers didn't have to deal with it.

We grabbed the few last things we wanted to take with us and had a chat with Anthony before heading off in the hire car.  We will be back to give the boat a clean, plus our last day in the UK will be back on board with Tore and Kirsten, but it's the end of an era for sure!    We glanced back as we drove out of the driveway at Rose and I took a photo of our last glimpse of nb Parisien Star.

No sooner did we get on the motorway and Mick was fretting about the boat.  Had we switched off this? Closed that? Locked something else? It will take him a while to let go.  With all the activity today there wasn't really time to be too sad.  Yesterday we felt a bit melancholy but we are looking forward to the sightseeing and then to getting home.  Having buyers we really like has certainly helped.  Anthony said to us as we were leaving that this has been the most enjoyable boat sale he has ever dealt with.  "You are all so honest and genuine!".  I must say it's been a pleasure to us too.

We have a few days accomodation booked near Penzance in Cornwall from Saturday night.  We didn't know what time we would get away today so figured we could just stop somewhere on the way for the night.  It was motorway pretty much the whole way today.  We felt sorry for the cars heading North on the M5 as there had been an accident and the traffic was stopped for a good couple of miles.  I really don't understand why they can't keep one lane open and let them slowly through.  Even our side of the motorway had incident signs up and the traffic was very slow. "The gig factor" we call it at home.

As we approached Exeter we decided it was enough for the day so I got out the iPad and looked for a nearby hotel.  We found one a few miles away so set the Tom Tom to take us there.  Goodness! We went down the narrowest, winding little roads!!  It's a lovely country house hotel and we have a room with a stunning view.  Mick's so excited about having a huge shower and I'm pretty happy to be able to get out of my side of the bed.  It's been a huge day. 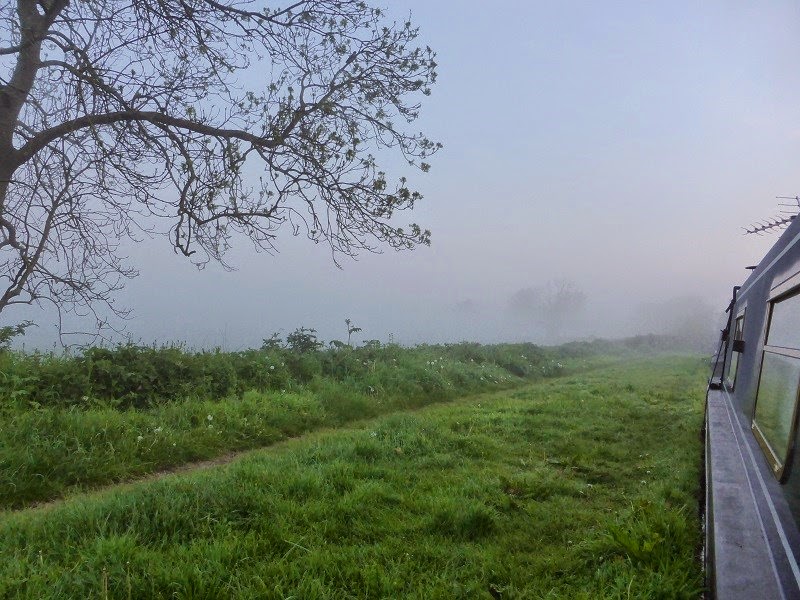 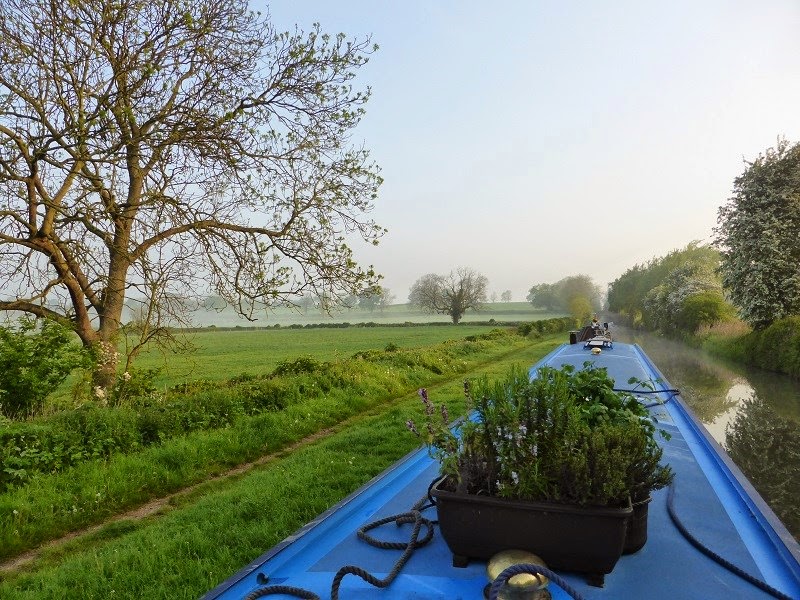 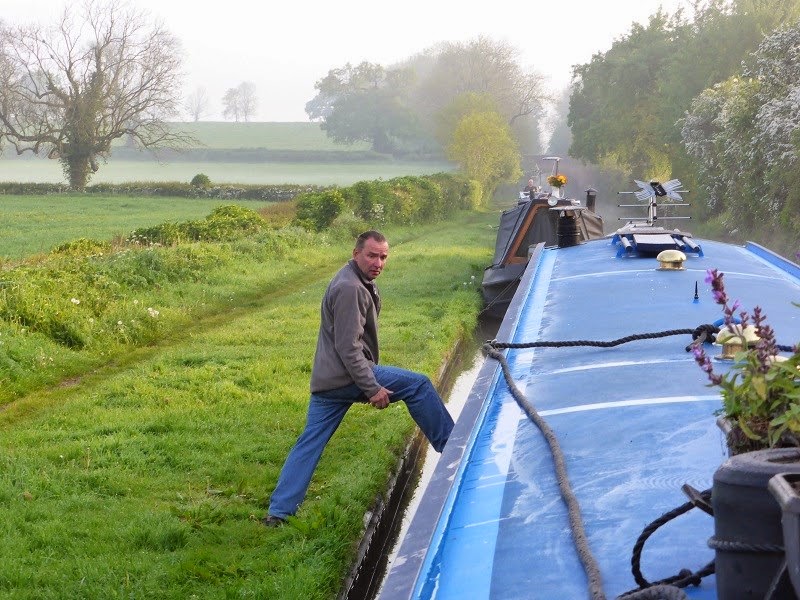 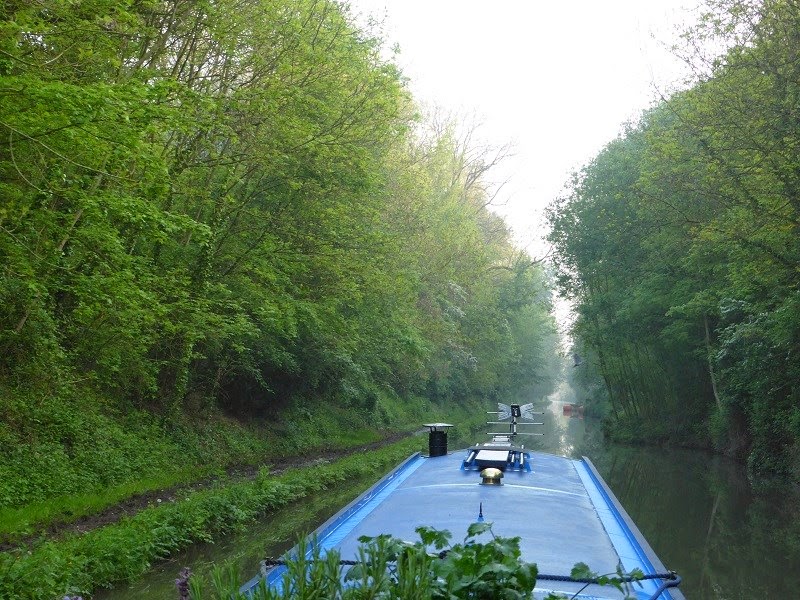 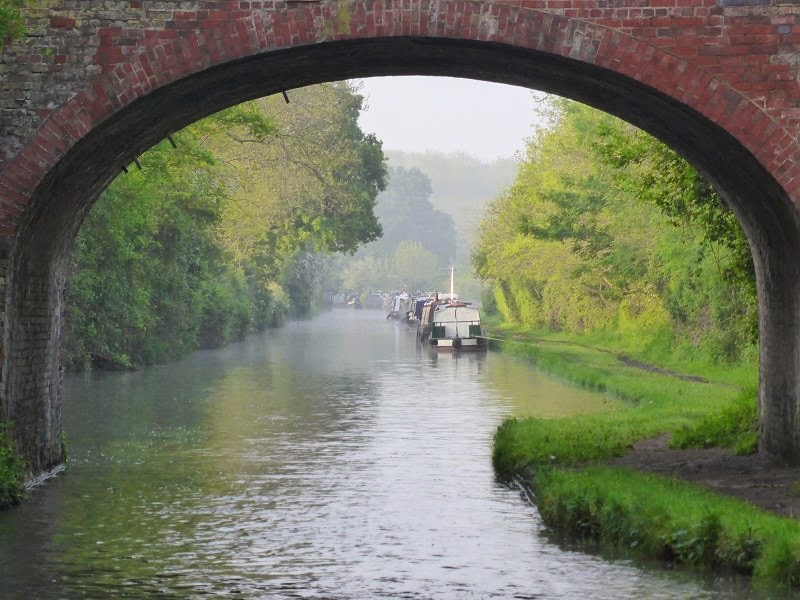 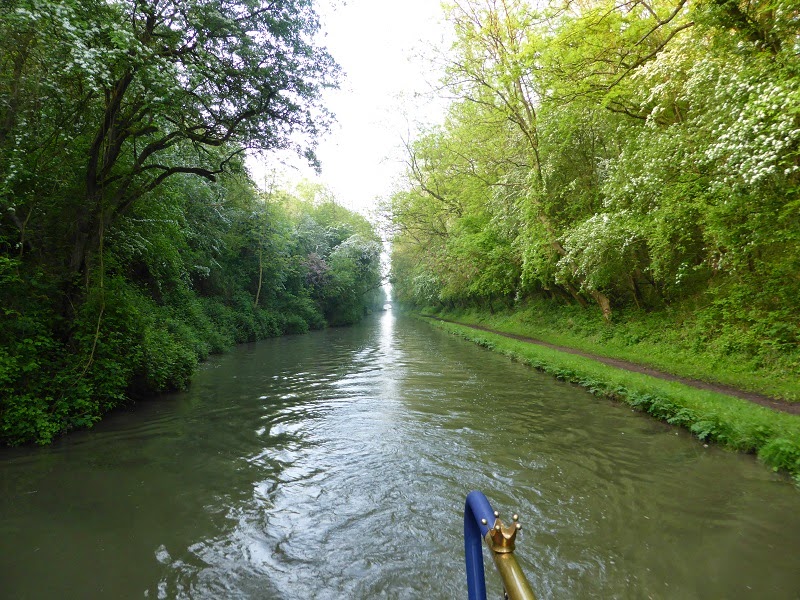 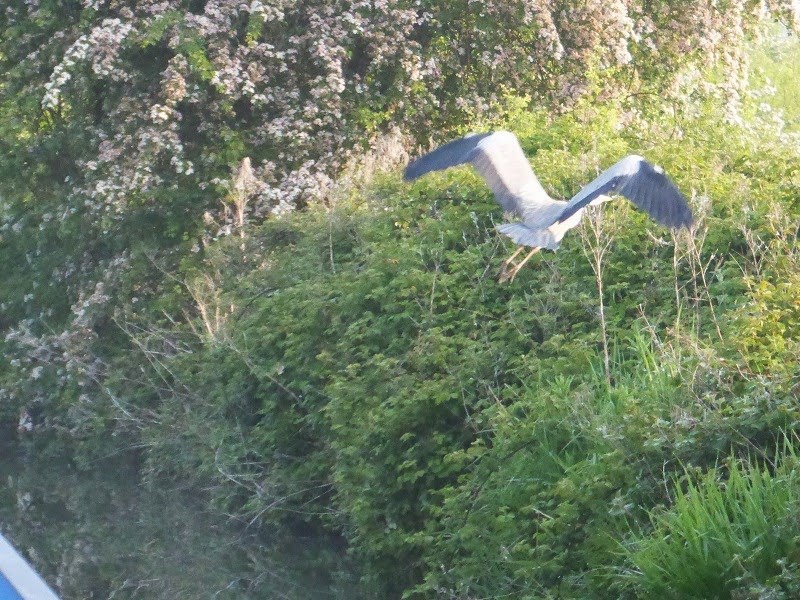 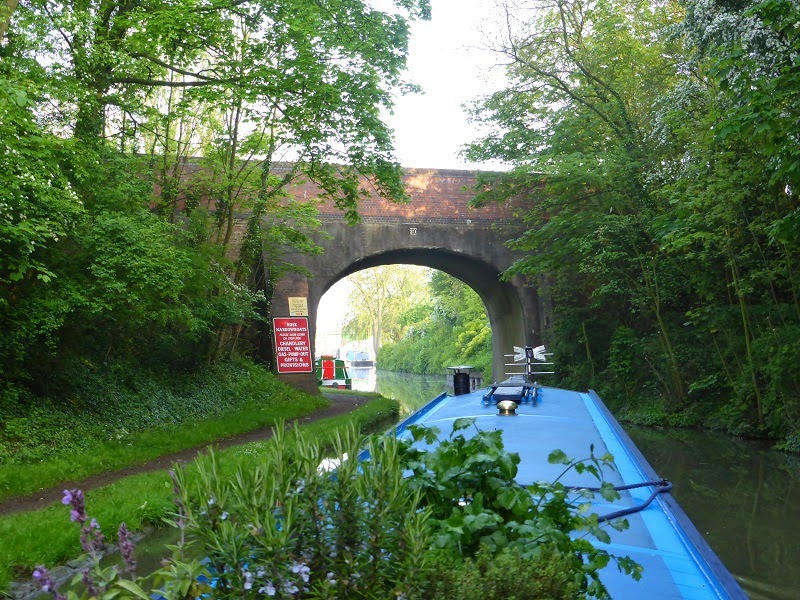 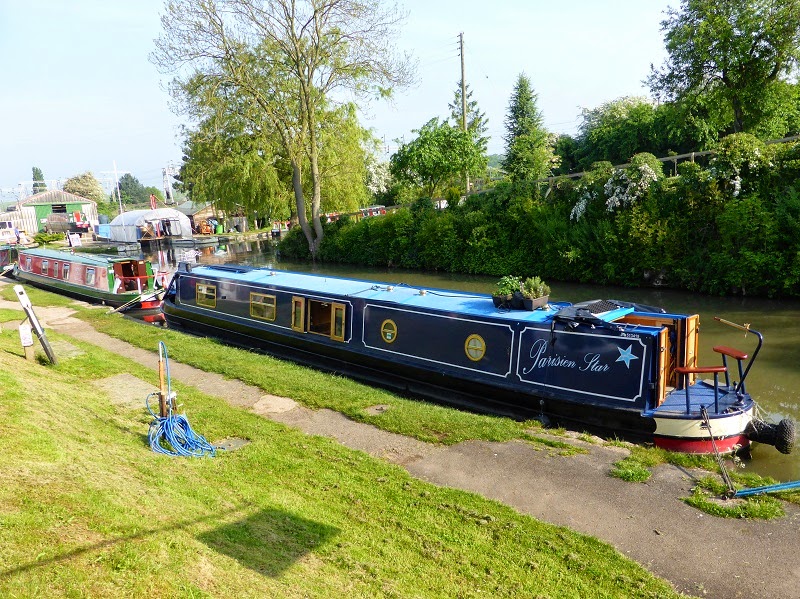 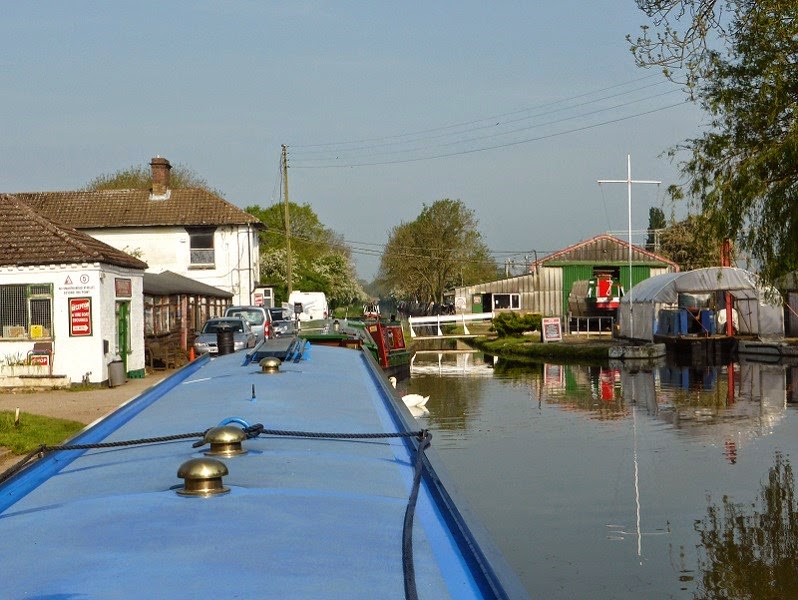 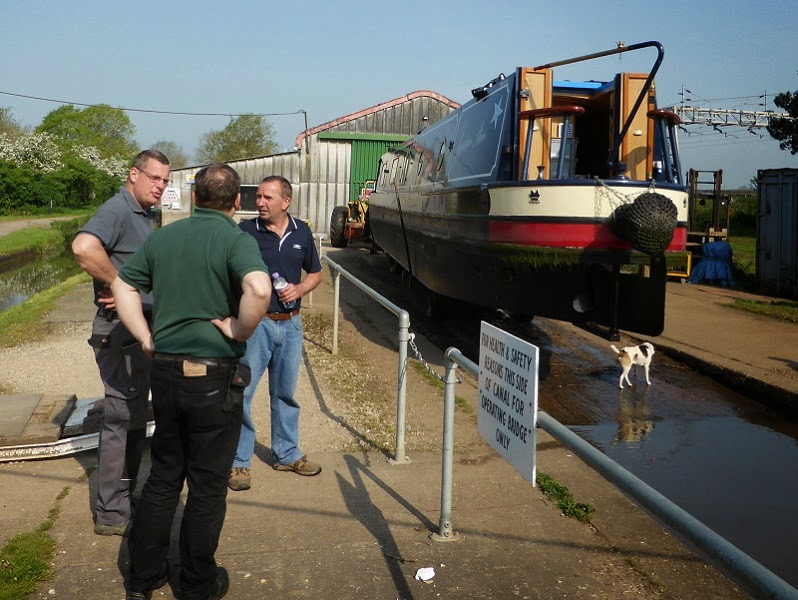 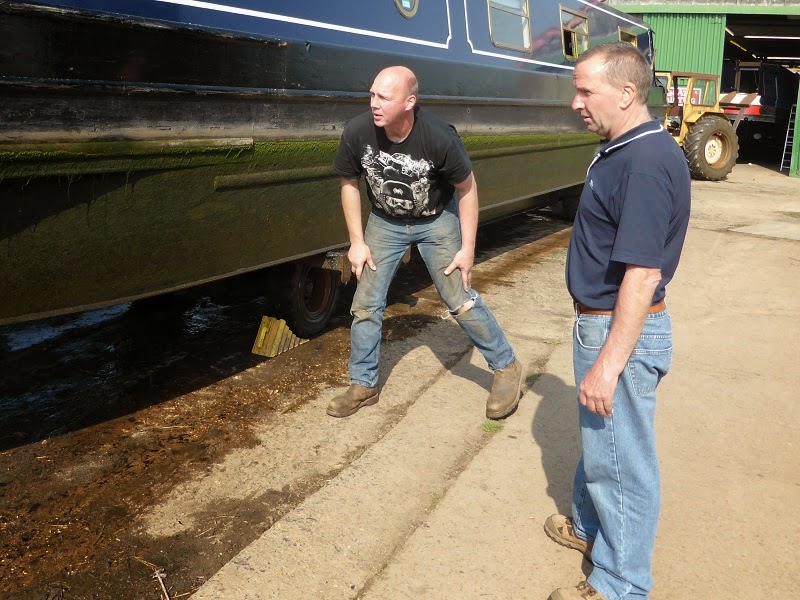 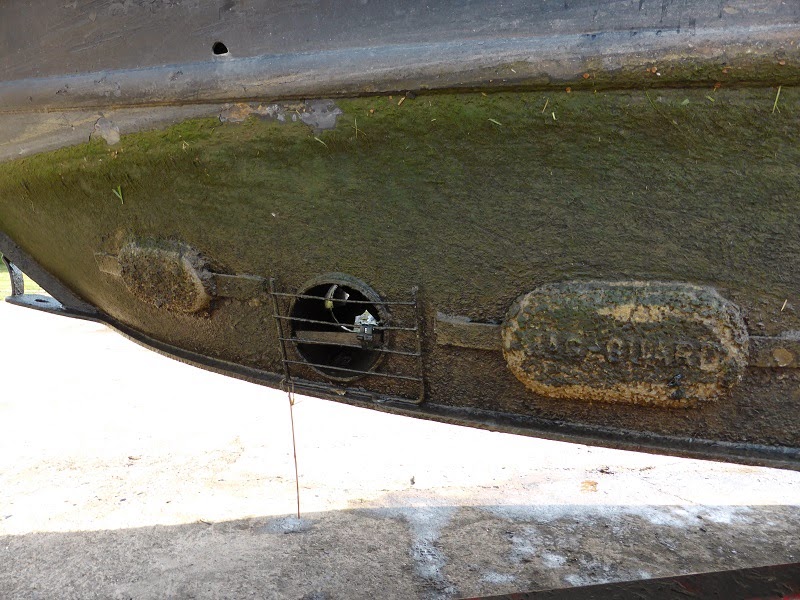 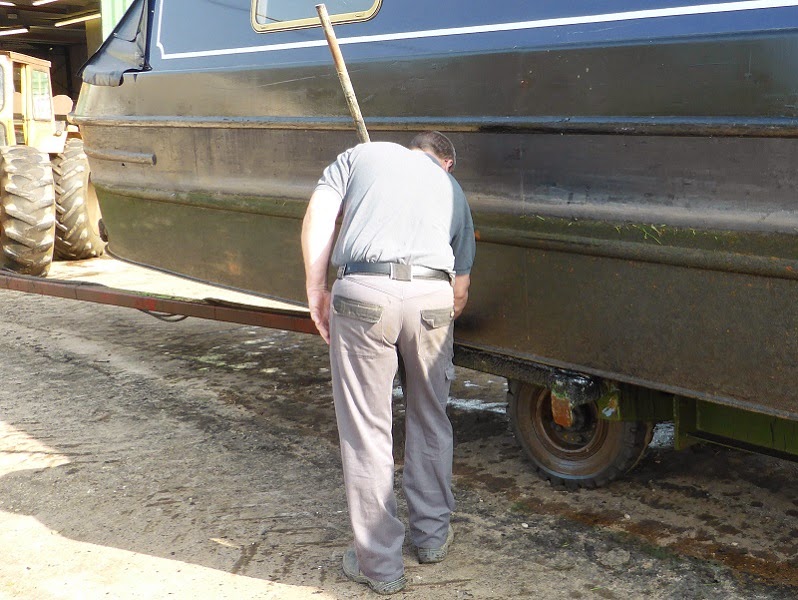 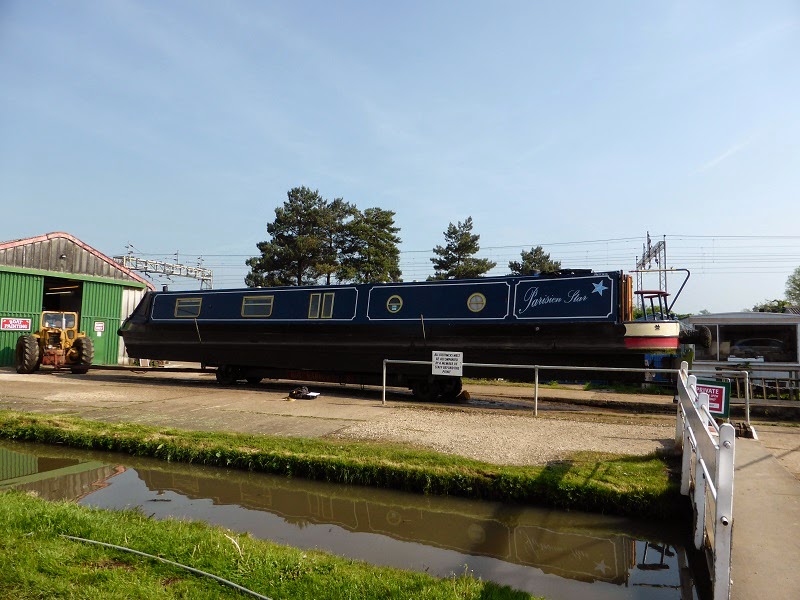 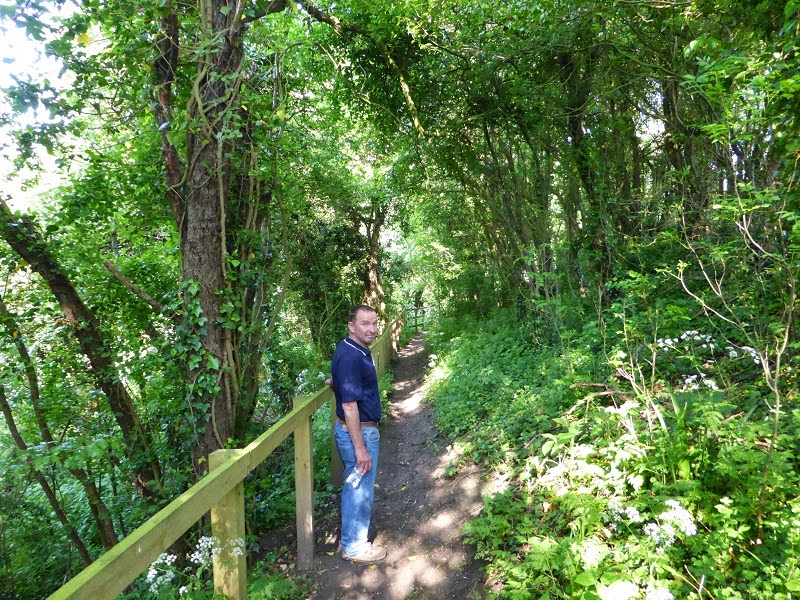 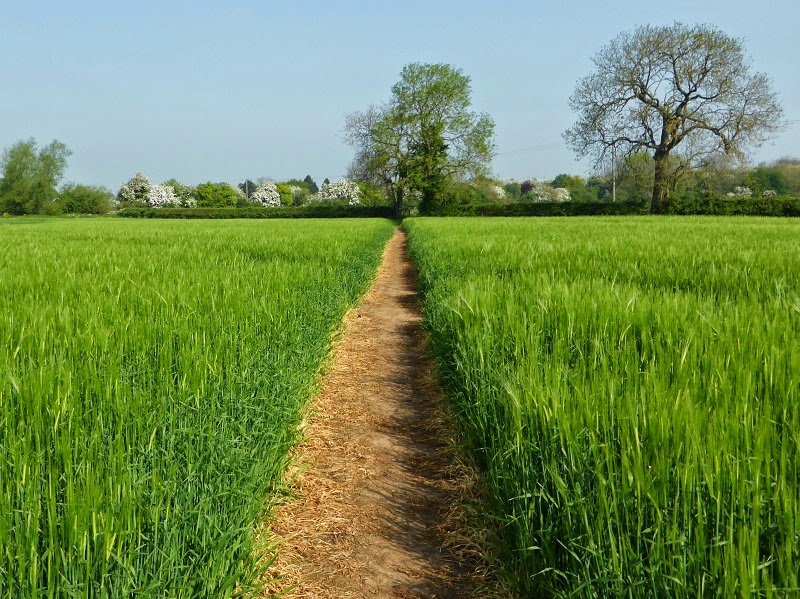 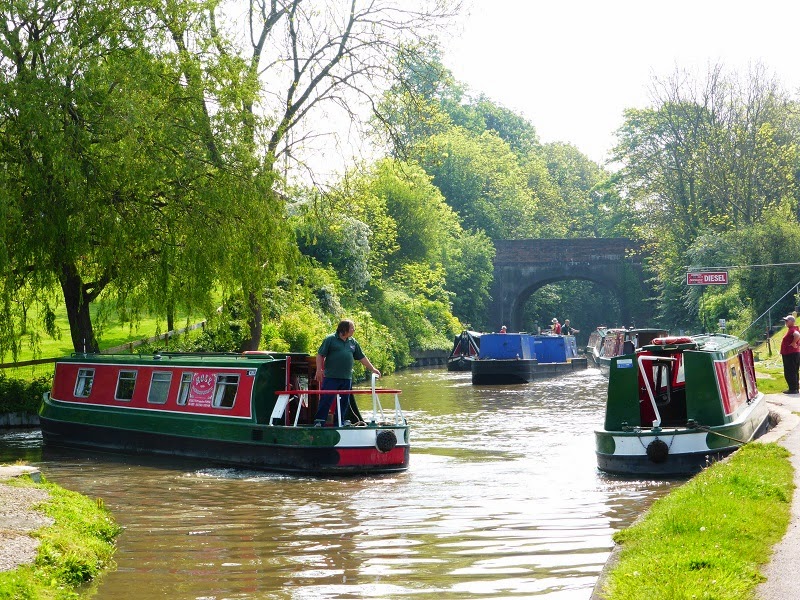 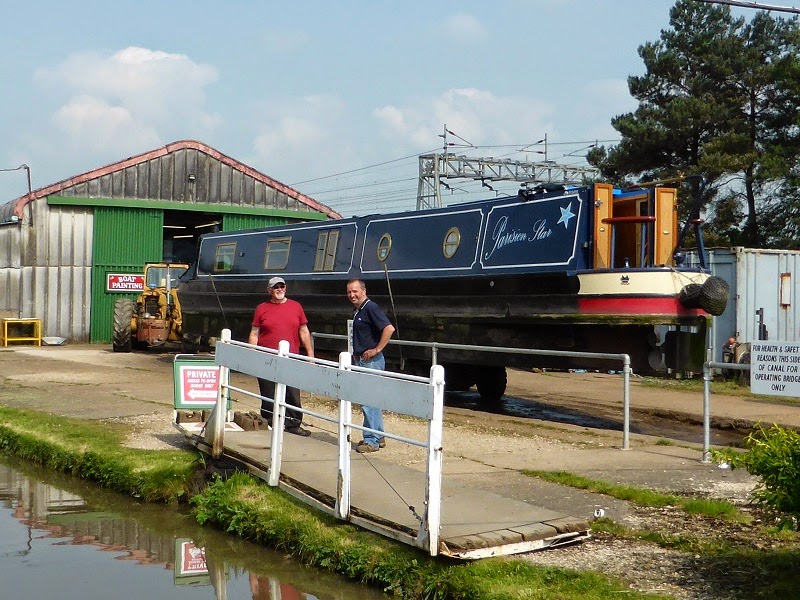 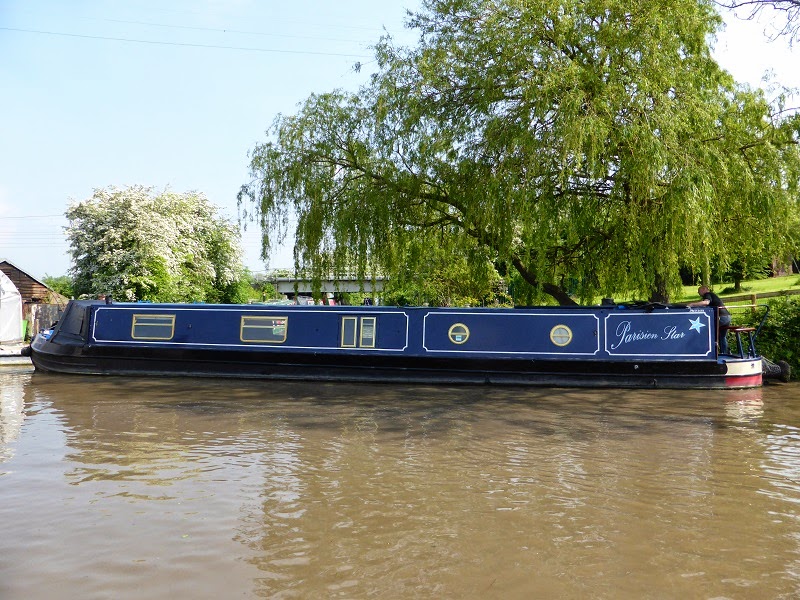 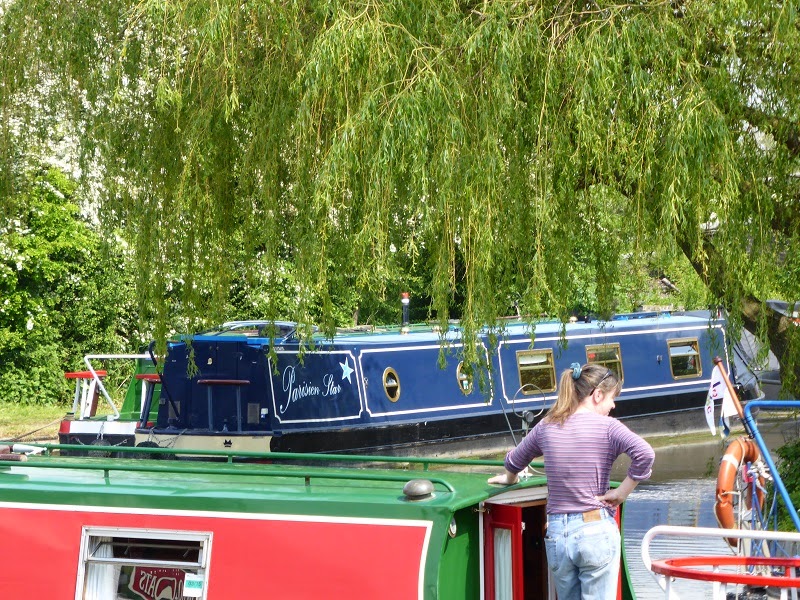 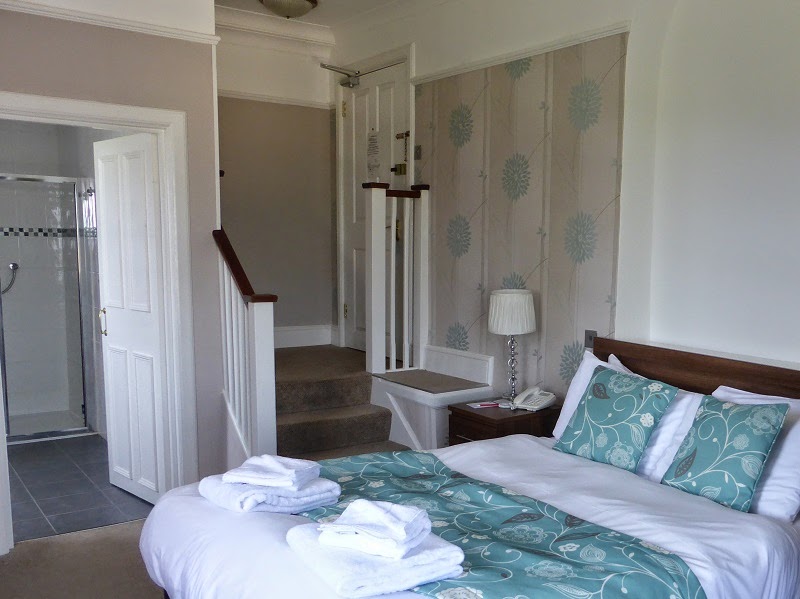 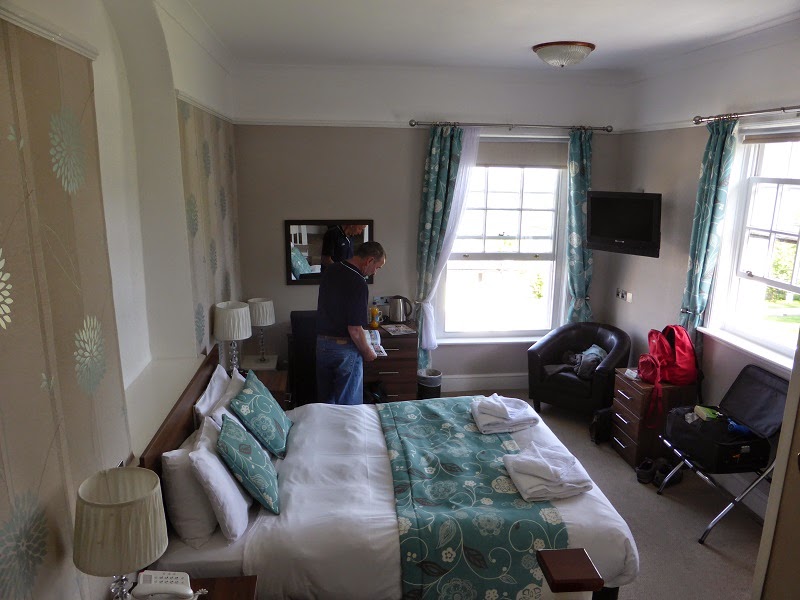 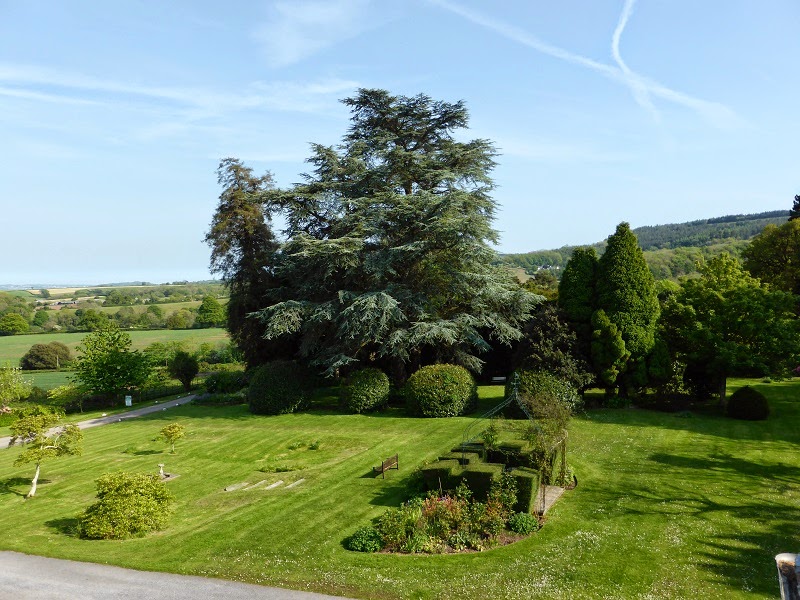 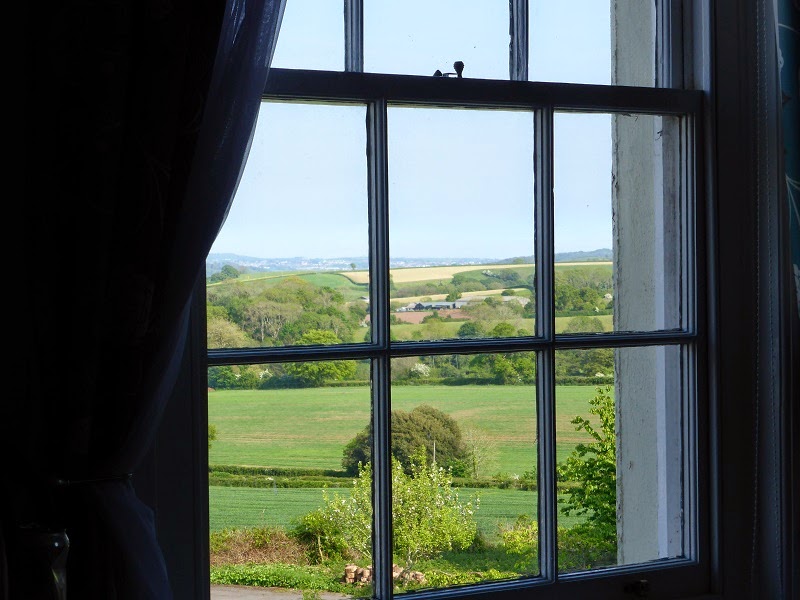 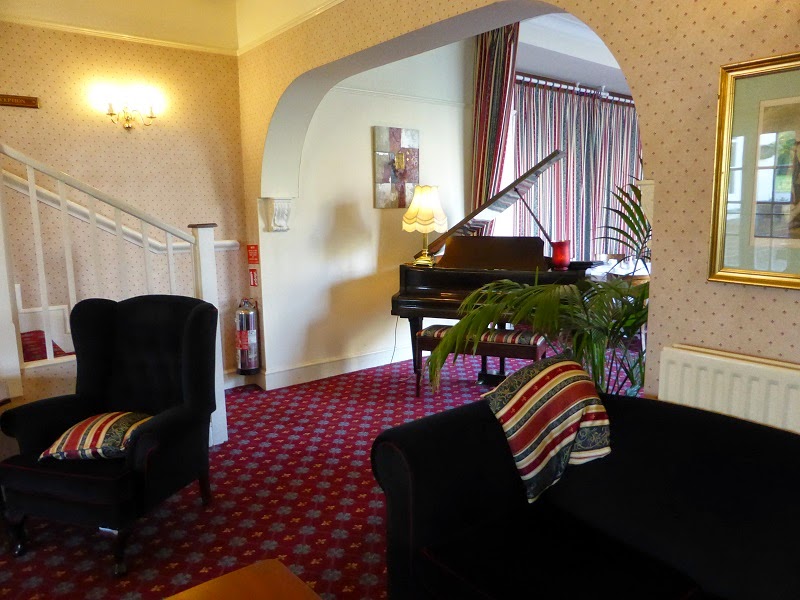 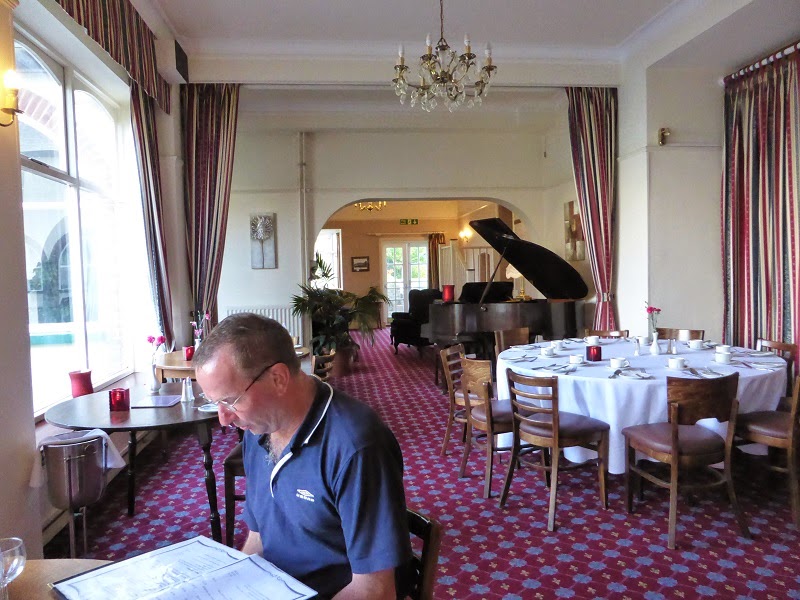 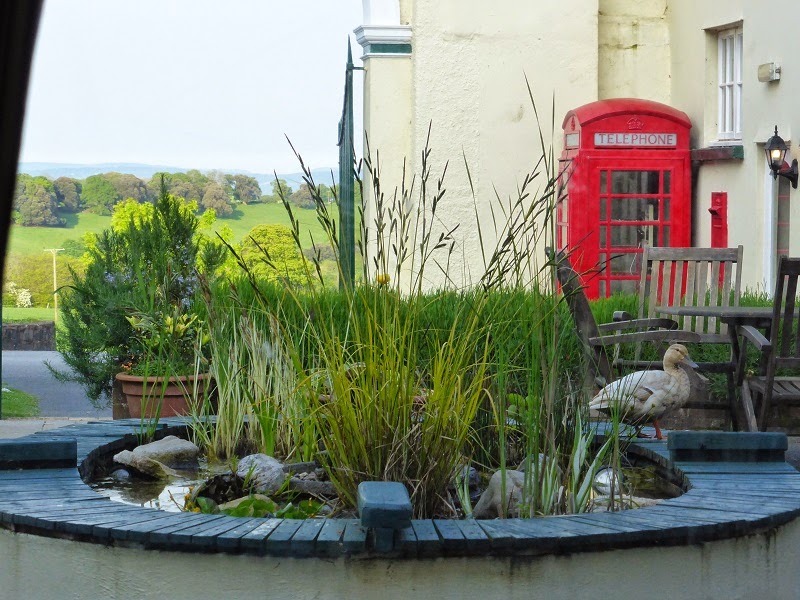 A lovely post Elly, to drive away must have been sad but you have to finish one adventure to start the next! Good luck and enjoy the rest of your time in Blighty! Emma and Nick x

Emma & Nick,
Definitely sad. We will miss her.
Elly

Thank you for sharing your adventure with all of us! I've been following along from Maumee, Ohio, USA and your posts bring back so many wonderful memories of our 2007 honeymoon. We spent a week on a hire boat, "The Romantic Princess" on the Llangollen. We plan to return with our sons someday and your photos and stories made me more determined than ever!

Hi Andrea,
I see plenty of US readers on our stats but the comments always come from the UK or Oz. Thanks for getting in touch and hopefully you will be back on the canals with your sons one day.
Glad you've enjoyed reading our adventures.
Elly

Oh Elly,
"We glanced back as we drove out of the driveway at Rose and I took a photo of our last glimpse of nb Parisien Star".
That brought a lump to my throat, mixed emotions I guess but after being you home for 20 months it must have been hard to say goodbye PS...
I feel for Mick to "No sooner did we get on the motorway and Mick was fretting about the boat. Had we switched off this? Closed that? Locked something else? It will take him a while to let go". He invested a huge amount of TLC in PS so comes with the territory as the saying goes. Sad times for this blog reader!

Ade, that was a sad day for sure. It was the end of an era. You know when you move house and it feels all strange once you've taken all your belongings out? Well, that's how it felt for us after this day. We're real homebodies and it was a wrench to walk away from our home for 20 months!
Cheers,
Elly