Yesterday we headed up to Ormskirk via Stoke on Trent.  We had a few bits and pieces to buy and I wanted to go back to the Royal Staffordshire factory outlet (I won't let Mick go home with a half empty suitcase!). We arrived in the afternoon to Lynne's and quietly let ourselves in.  Lynne works night shift so we knew she'd be asleep.  We made coffee, unpacked the many parcels that had been arriving over the last couple of weeks, and played with the friendliest of her four cats.  I call her the "mad cat lady"!  The youngster, Ziggy, is only 6 months old and such a character.  Even Mick, who isn't too fussed about cats, took a liking to the little fellow.

After Lynne got up and woke up properly we went out to have Indian for dinner.  Back at the house we chatted, watched Peter Kay on tv and played with the cats.  Young Ziggy just loves chasing the light of a torch, or even better the red dot of a laser level.  When we finally went to bed it was near on 1am - a late night for us!  This morning Mick was a little quieter than usual and by the time we'd had breakfast he decided he needed to go back to bed for a while.  Can't for the life of me think why.  Lynne and I went shopping while he slept.

We were much later leaving than we first planned so didn't get back to Penkridge to collect the last piece of flue for our stove. It will have to wait til Monday now.

Ziggy boy - what a cutie! 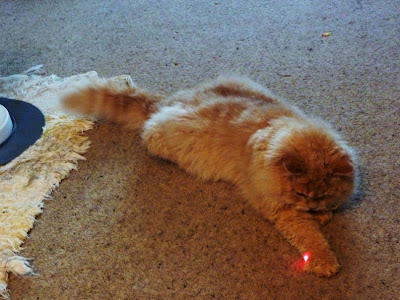 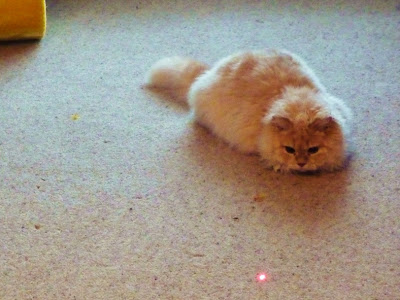 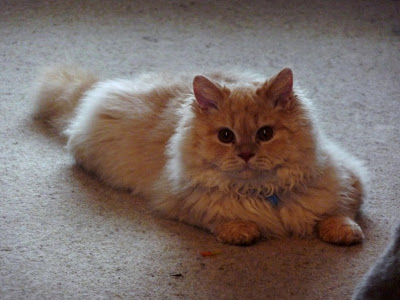