A day in port - Overwater Marina

Such luxury.... electric kettle, electric toaster, microwave, hoover.  Doesn't take much to please us these days!

We decided to have a massive tidy up today.  I'm conscious of the fact that we have 7 months left and we'll be going home.  Plus, Barry and Carol have their pram cover on order and I've promised Barry one of our plastic storage drawer sets to put out under their pram hood for extra storage.  We have way too much stuff so we're going to thin it out a little.  When we shipped things over from home before we left we really had no idea of what we'd need or how much space we'd have.  If we haven't used something in the year we've been here then we're not likely to be using it in the next 7 months.  We turned the place upside down with sorting and tidying.  We also did our other marina chore of washing everything in sight.  It's so satisfying to have everything freshened up.

Just as we were preparing to have lunch the phone rang.  It was Peter Berry from nb Kelly Louise.  We haven't seen Peter and Margaret since our first couple of weeks in England.  We're now only a few miles away from their mooring on the Llangollen Canal so they drove over after lunch to catch up for a coffee in the marina coffee shop.  We quickly finished putting away the last of the stuff we had spread everywhere.  It was only as we were having our lunch that we realized that Margaret hadn't ever seen inside our boat.  After a look around the boat we wandered over to the coffee shop for a coffee and chat.

Just as I was thinking it was time we went back to the boat and for me to get on with some work, we saw nb Winton's Folly passing by the marina.  We knew Barry and Carol were planning on coming down the Audlem locks today.  Mick went out and arranged with them to moor up at bridge 80 and he'd walk around and let them in the marina security gate to come and have a cup of tea with us.  We wandered back to the boat.... I had a pumpout card from Swanley Bridge that I'd been holding on to so figured Peter and Margaret may as well have it.  We said farewell and then Mick wandered off to find Barry and Carol.

It's been a few days since we've seen Barry and Carol so it was lovely to catch up.  We're all set to push on again tomorrow and make our way to Nantwich.  We're looking forward to that.  We spent a bit of time in Nantwich while our boat was at Aqueduct Marina at the beginning of our adventure.  It's a great little town. 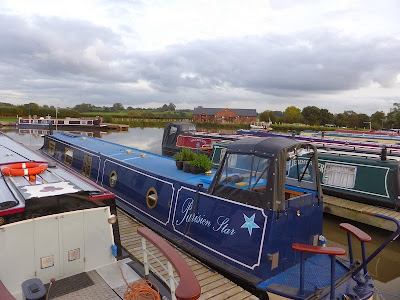 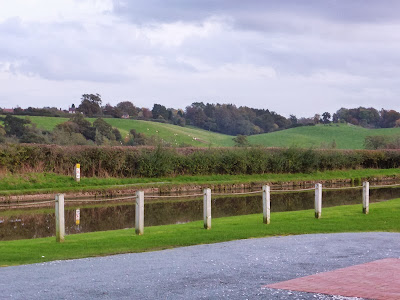 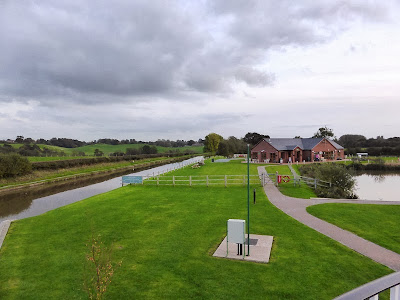 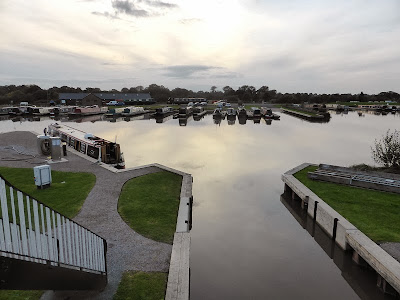 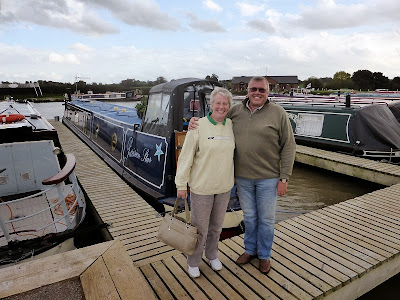