Anthony and Leanne headed off in a hire car Friday afternoon to do some sightseeing.  We'll catch them up again further along.  We moved up to the 48 hour moorings for our second night at the Black Country hoping that Saturday morning would be kind to us for cruising to Wolverhampton.  It wasn't.  Eventually.... after a boaters meeting to discuss the matter.... we decided to head of regardless.   It rained pretty much non stop the entire day.

Getting through the Croseley Tunnel was slow going and out the other side the canal was thick with weed.  We were just limping along through it.  Mick looked back to see nb Winton's Folly pulling in to the side of the canal further back so he poked the bow of the boat into the bank so I could jump off and run back to see what the problem was.  We forgot the two ways this morning, and after I'd jumped off I realized I'd forgotten them again.  Oh well.  They had the tube of an old bicycle tyre around their prop.

We reached the moorings at Wolverhampton and in accordance with our "rule" we pulled in at the first available mooring to investigate.  There were two moorings on the left that were both free and space for three boats on the right with a moored boat in the centre.  We were both on the left and Carol and I walked ahead to see if there was anything better.  Hmmm... we couldn't walk anywhere!  These two moorings had no access to the outside world at all!  We moved the boats over to the other side of the canal and tried again.  There were moorings after the next bridge by a bit of parkland.  We figured we'd be better of staying before the bridge.  Parkland with seating often seems to bring drinking youths.... especially on a Saturday night.  There was a little arm into a CaRT depot with a couple of water points in there.  We'd be able to go in there before we head off to tackle the Wolverhampton 21 locks.

The next priority was a supermarket.  We all walked into town together and on the way we noticed there was a nightclub in the building beside the the little arm!  NOT what we need to be moored beside on a Saturday night.  We decided we'd get back from our shopping and move back across to the moorings that have no access.  If we can't get out then nobody else is likely to get in.  It might make for a more peaceful night.  No sooner had we crossed to the other side and there were motorbikes roaring down the towpath.

Carol appeared at the side hatch just before dinner time.  Barry had mentioned yesterday that he smelled gas.  He had changed over gas bottles the day before that so he checked the hose connection and thought no more of it.  Until..... they ran out of gas in the middle of cooking dinner.  We lit our oven and finished the job for them.

Not very good photos today - they were taken in the rain! 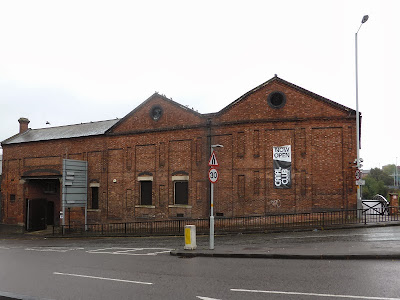 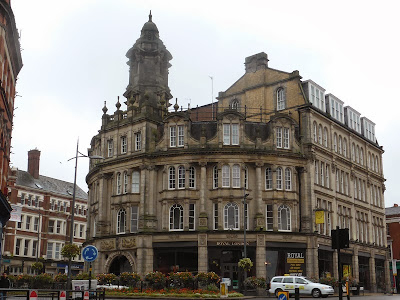 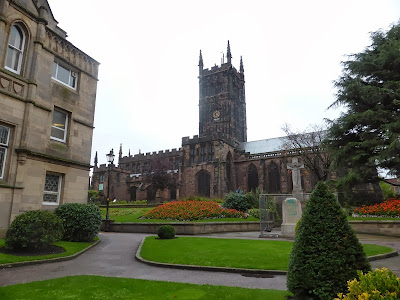 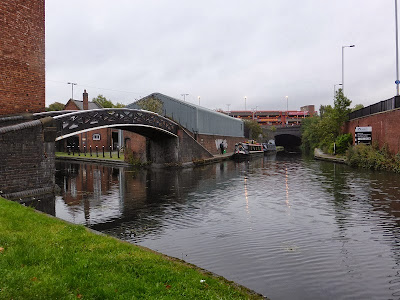