This morning we met Carol at our side hatch to take her kettle to boil for their morning cup of tea!  We had a boaters meeting a few hours later and came to the conclusion that the best thing we could do was move on to Oxley Marine who had said they'd get in a new hose for nb Winton's Folly's gas bottle and would fit it first thing Monday morning.  Unfortunately that would mean doing the Wolverhampton 21 locks in the rain.  The forecast wasn't good but the morning looked to be the worst.

Carol changed her mind at one point as the thought of working locks in the rain isn't too appealing.  After a little to and fro we decided that Wolverhampton wasn't appealing enough to make us want to stay any longer than necessary.  First we moved across the canal to fill with water, then through the bridge and moored on the other side for a last minute stop at Tesco.  When Mick got back from that we realized there was no room on this side for Barry and Carol so they'd had to moor opposite.  That made it impossible to boil their kettle for their lunch so we moved yet again across the canal.

By 1pm we decided we should just go.  Barry went and set two locks as a boat had come towards us so they'd all be against.  We all donned wet weather gear and made a start before 1.30.  A few locks in we passed a boat coming towards us so we got a few in our favour.  Then the next couple leaked badly so were half full and from there they were against us again.

Before we left we had put the washing machine on but discovered midway that it hadn't started.  We use a golf umbrella to keep the rain off the steerer and it does a good job of keeping the timberwork dry inside the hatch.  One of us stays out to hold the umbrella over while the other ducks inside to do the chores.

The rain continued pretty much the whole day.  Three locks from the end it eased and by then I could stand it no longer with being the steerer.  Mick and I both want to work the locks and on a long flight he usually wins - he says I'm too slow!  I was permitted the last three at least.  By then everyone was tired and wet and cold.  We were glad to find good moorings opposite Oxley Marine and gratefully pulled in.  It took us 3 1/2 hours

Another kettle boiling session and we're all settled in for the night. It's raining again! 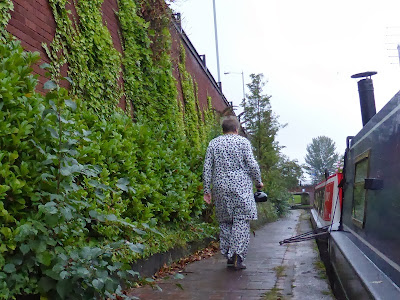 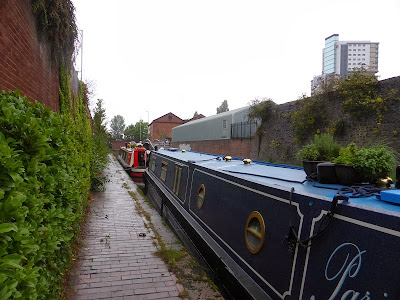 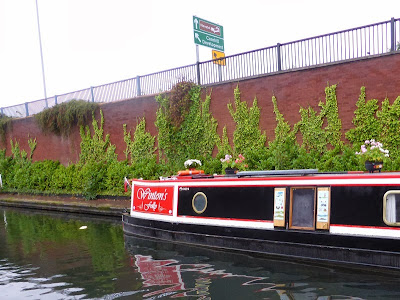 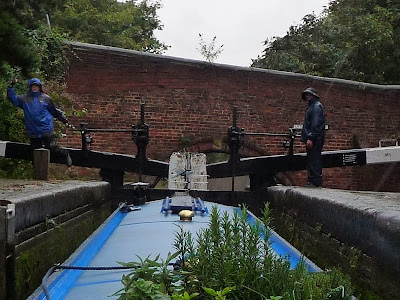 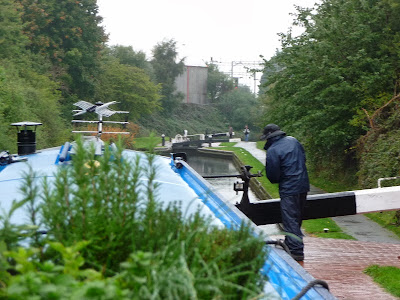 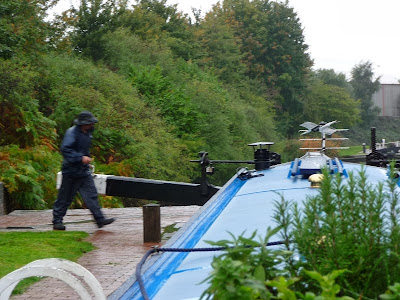 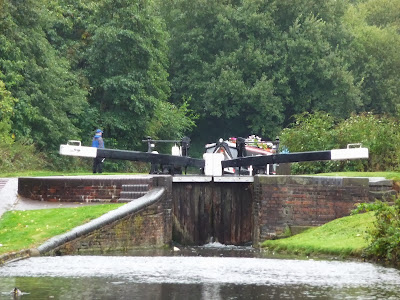 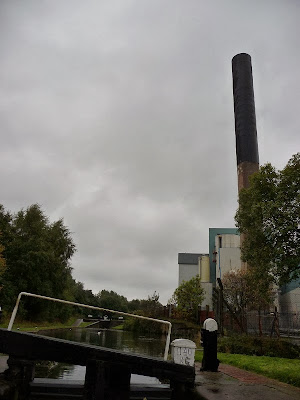 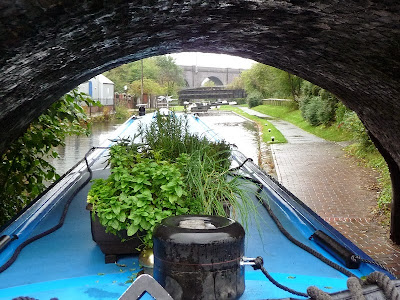 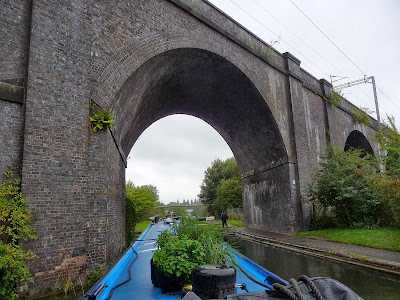 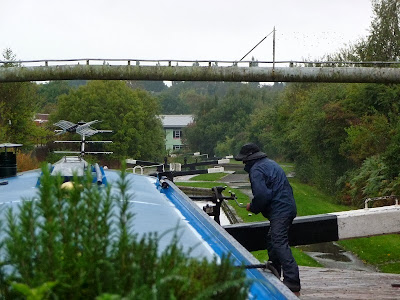 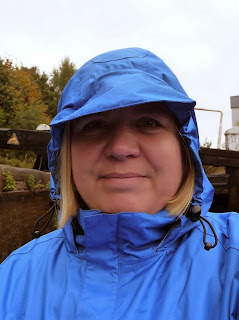 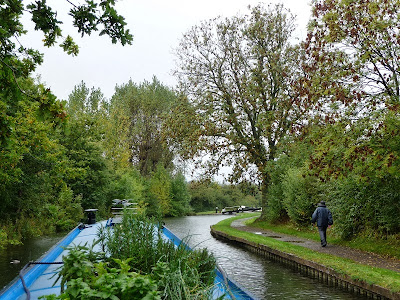 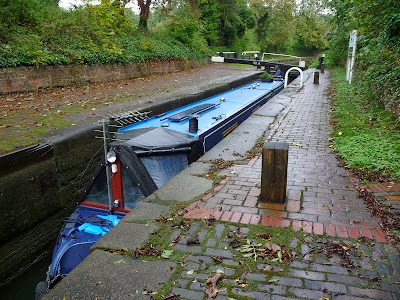 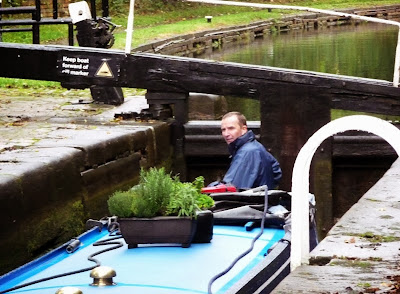 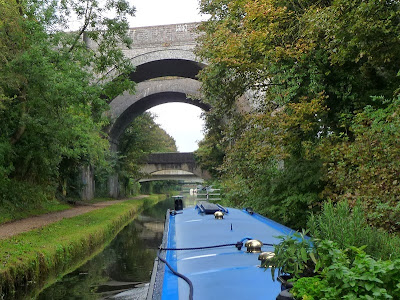 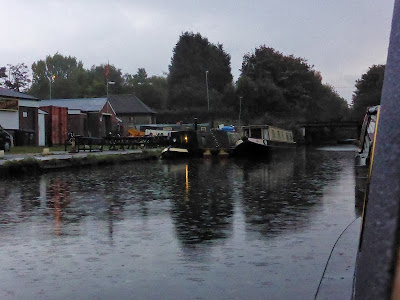