A year later in Middlewich

No rush this morning.  We headed off a bit before Barry and Carol... arranging to meet up in Middlewich.  It was a pleasant enough day and not too cold.

As we cruised along we got talking about where we were a year ago.  We thought we might have been in a very similar place and we were right.  I went inside to check the blog and we arrived in Middlewich on 1 Novermber last year.  This time it would be 31 October.  Close!

I happened to glance up from reading up about last year and noticed we were about to pass a couple of very pretty buildings that I photographed last year too.  I opened the side hatch just in time to snap a couple of new photos of them.... plus one looking back at Mick.  We also saw a cock pheasant today.  We've hardly seen them on the towpath but often see them on the few occasions we've been out in a car.  This fellow rushed off to find cover in the hedgerow.

We stopped before the locks in Middlewich and Mick walked down to investigate the moorings after the locks as we intend to visit Anderton on the weekend and having those locks under our belts today will make tomorrow easier.  By the time he got back nb Winton's Folly had passed and then another several boats.  In fact it was right busy!

I walked to the lock where a family on a hire boat were copping a right tongue lashing from an extremely grumpy old fellow heading in the opposite direction and coming up the lock.  He was ordering their teenage daughter around and I felt like telling her to just walk away and let the grumpy old git work the lock for himself.  Dad was back on the boat and mum was on the opposite side and opposite end of the lock as I walked up and heard this exchange.  The poor girl was standing there looking rather stunned!  It started because the girl put her windlass on the paddle before he had asked her to... or should I say "ordered her to".  She hadn't wound it a single notch!  I hope it didn't spoil their holiday because they were lovely folk and the 3 kids were ever so helpful and courteous.  We were next going down the lock after the hire boat family and every lock thereafter one of those kids stayed back to set it for us after waving each time to check it was ok.

Carol, being bold as brass, asked the hire base just before the water point at the bottom of the locks if we could moor on their moorings.  They said we were welcome to if we headed off before their boats started coming in the morning.  Friday is changeover day.

We bought a few days worth of groceries at Tesco, had a bit of a walk, and with a bit of work done the day was gone.  It was a bit of a shock to look out at the fast approaching darkness and see it was only 5.10pm.  Winter's coming!

Photos from today :
1. Leaving last nights mooring at Church Minshull
2. We rarely see a pheasant on the towpath
3. Poplars like soldiers in a row
4. - 6. Nice canalside properties
7. Looking back at Mick
8. - 9. This afternoon at 5.10pm 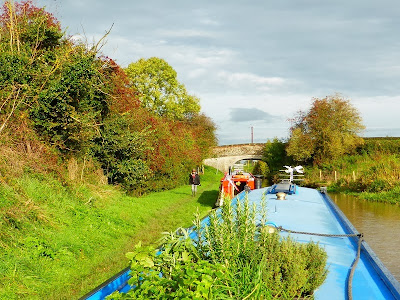 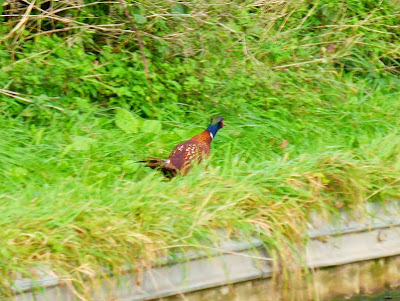 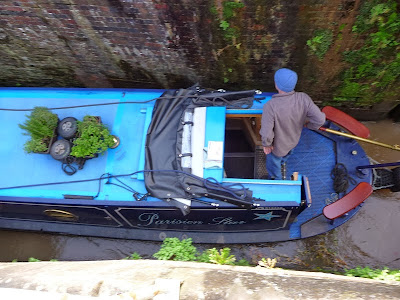 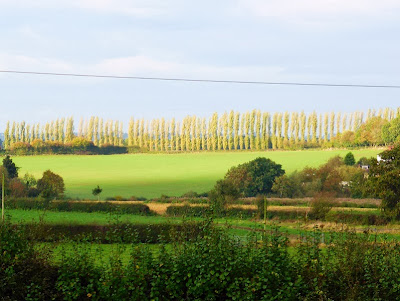 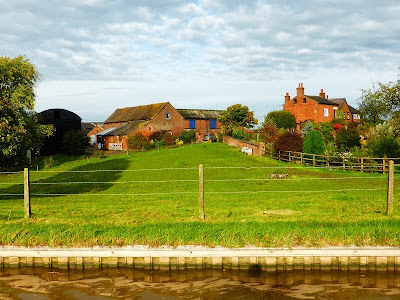 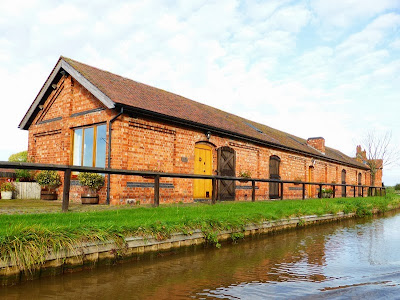 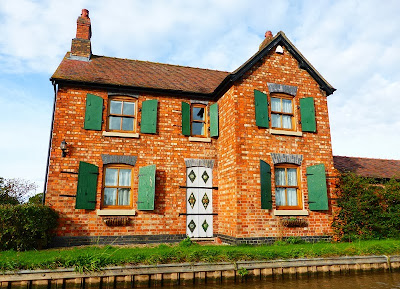 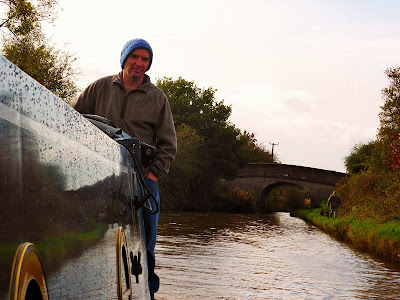 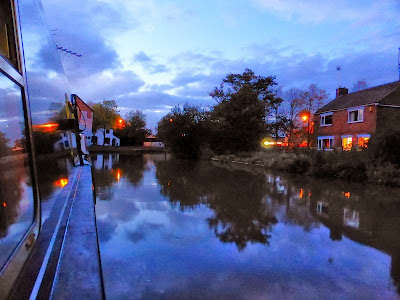 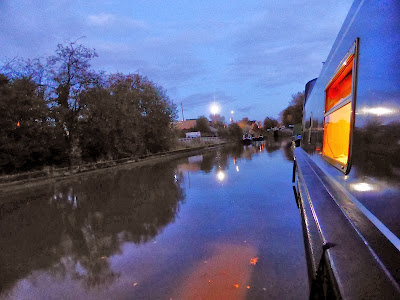