The weather forecast predicted a rainy day and that's what we got.  There was a brief spell where the skies cleared, the rain had stopped and a boat left the 24hr moorings.  We were having a chat with Emma from nb Marpessa 2 and interrupted the discussion to move across to the other side so Mick could get on with his polishing on that side.  We resumed our discussion on the opposite bank as by then Emma and Murky the lovely labrador had walked around back to their boat.  So now we're moored behind nb Marpessa 2 against the carpark.  Nice edging here... it was turning a bit muddy outside the boat on the other side.

We inspected each others boats and met Nick as well.  I figure we can't forget their names.... Emma and Nick... Elly and Mick.  They had just had their boat safety test done at Aston and we're soon to arrange ours so there was much discussion on this topic.  One of the first things Emma said when we stepped into their boat and mentioned the word "bathroom" was that she was a bit "icky" about toilet matters but she's obviously gotten over that because 5 minutes later we were all embroiled in a full scale toilet discussion.  It just never fails to happen!

We've taken a real shine to Murky.  He's the loveliest boy and reminds us of our old boy Zac who lived to the ripe old age of 16 1/2.  He's just as well behaved and obedient and just as spoiled too.  Look at him below in his armchair.

Mick made a start on the other side of the boat but it wasn't long before the black clouds rolled in again.  This time it actually hailed.  For the rest of the afternoon the rain went on but it was warm inside so no matter.

A while ago I had a request from someone asking how they could follow the blog by email. At the time I had no idea.  I did some investigating and found I could add a little gadget on the right hand side of the blog. They told me it worked fine.  So, for anyone else who would rather receive an email of new blog posts, you can type your email address in the box on the right. 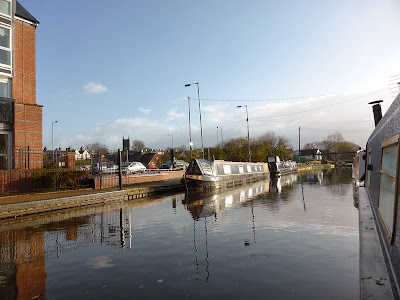 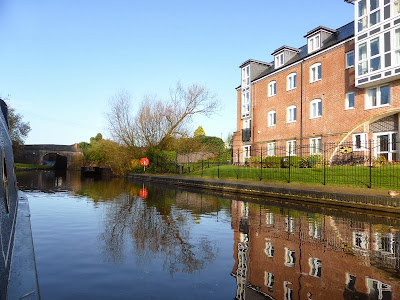 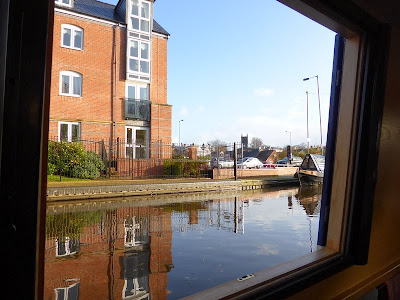 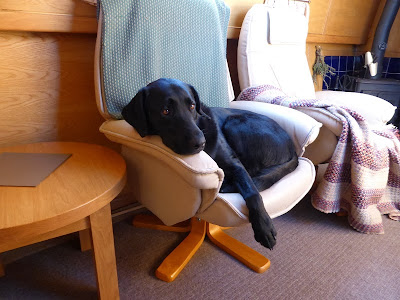 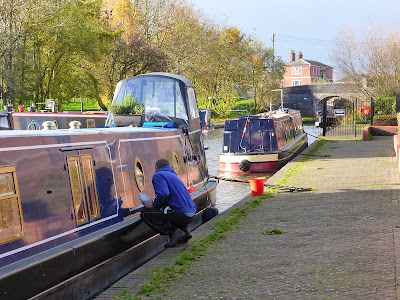 So lovely to meet you both, thanks the boat tour and priceless condensation advice! Hope to catch up again. Take care,
Nick and Emma x