Double glazing back on

The weather forecast for yesterday, Tuesday, was for rain.  I had work to catch up on so we decided to stay put another day in Middlewich.  We went for a walk in the rain through the High St of Middlewich.  There's a quirky store that sells greeting cards and some toys etc.  I've never seen such a variety of cards in my life!

We decided it was time to re-instate our home made double glazing.  I'd ordered a new role of magnetic strip to be sent "post restante" to Middlewich post office, as we had removed those on the windows to re-varnish the timberwork.  We had to use a slightly different method of getting the magnets to line up perfectly than we did last time but it worked well.  The result is fantastic.  Hardly any windows to wipe now!  We don't do the window over the sink in the galley as we like to be able to open the sliding window in that.  On the opposite side of the boat, we don't do the side hatch as we often open it for fresh air, to talk to someone, or to feed the swans.  The pull across privacy screen on the side hatch prevents any condensation at all in there anyway.  The portholes are no big deal to wipe over now and then.  The warmth stays in much better with the perspex screens up too.  Now I just have to order a perspex polishing kit.  Jim from nb Two Jays lent us his when I accidentally dropped one of the screens and got a big scratch in it at the start of the year.  Now they're all not quite perfect any more (having been stored for the last 7 or so months under the gunwales) so I'll give them all a good polish. I couldn't believe that polish could get a deep scratch out.... but it did.

For today, Wednesday, the forecast was for a dry morning and rain from about midday.  We had 8 locks to do so set off about 9am (early for Barry).  We wanted to get water before the first lock so for a change nb Winton's Folly was ahead of us through the locks.

The pound between locks 71 and 72 was extremely shallow.  I let a little extra water through but not much.  I didn't want to create a knock-on effect and have the following pounds dry too.  We got through ok.

As we left Kings Lock and headed along the rather boring straight stretch there was a large group of swans..... can't quite think of the word for a group of swans right now.  I turned to look back after we passed them and there they all were following us with a leader.  The leader saw me look and flapped wildly to skim along the water fast enough to catch up.  He would have been thinking we were going to feed them all but there was just too many.

We had forgotten what a strong pull there was in these locks when you were heading up through here.  The water just grabs the boat and drags it forward.  We usually prefer to lurk back in the lock but it reminded us of our method when we did this stretch of canal at the same time last year.  We put the front button against the gate (unless it was a very leaky one) and the person working the lock let the steerer know to back off a little when the fender was about to step in to the plate that's on the inside of the gate.  Sometimes the step between the lower section and the gate is quite deep and we don't want to be taking the paint off the bow of the boat.  It worked a treat today too.

I came in to work after the last lock.  We've seen this stretch before and the drizzle had set in.  We are moored at Wheelock in the very same spot we were on the 5th November 2012.  We're one day behind our progress last year!

We went for a walk in the rain today too.  Last time we were here we bought a little pine stool in an antique store just over the bridge.  We had a browse again today and came back with half a dozen glasses.  Our previous supply of tumblers was down to just one.   It's a bit of a shame to see the restaurant by the BW services has closed down.  It doesn't leave an awful lot at Wheelock.

On such a rainy day we figured we should play cards before dinner.  The competition seems to have stepped up a notch since we introduced a one pound prize for the winner.  Mick and Barry alternate between "leave him alone... he's my best mate!" and "don't let him win!". 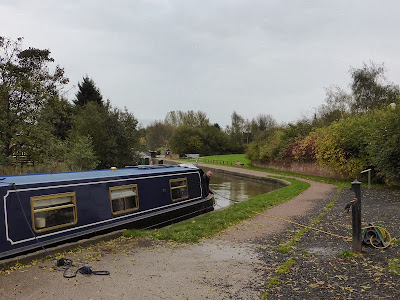 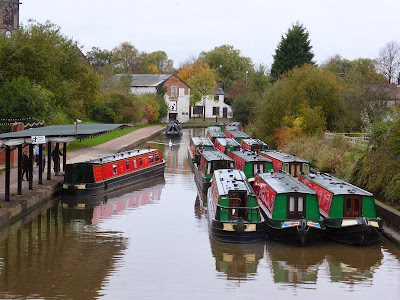 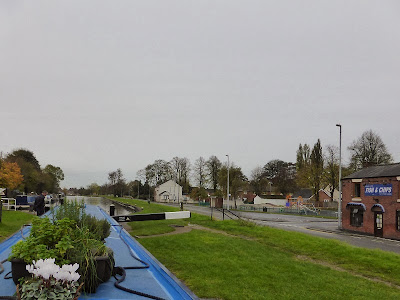 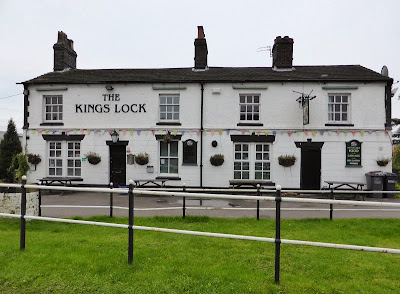 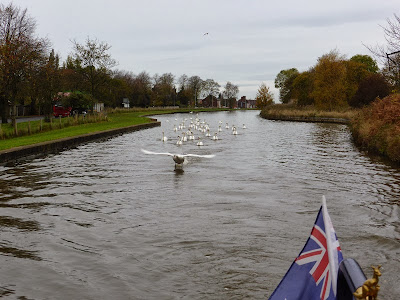 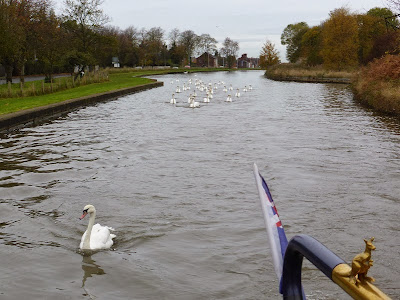 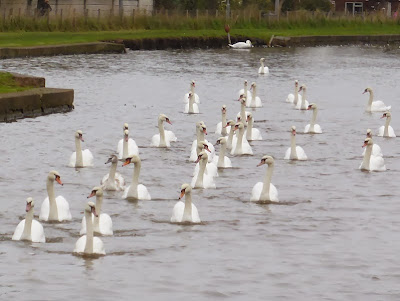 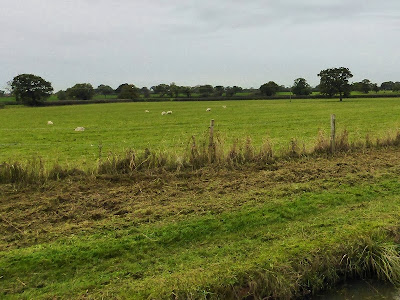 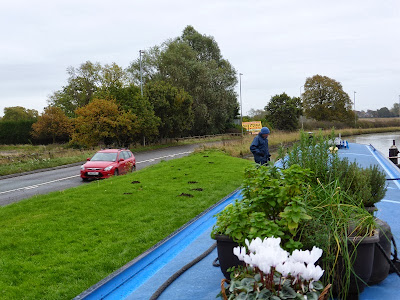 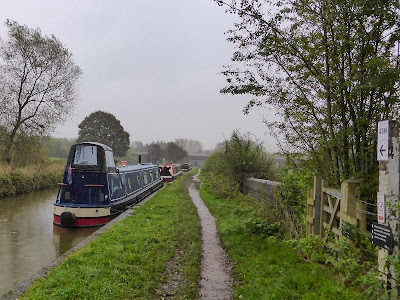 Sorry to hear the restaurant in Wheelock has closed. We had a fantastic meal there last year :)
Debby

Debby, we had a lovely dinner there this time last year too. Shame huh!
Elly