I surfaced not too badly this morning after my slip yesterday.  Getting up or down form a chair is the worst of it.  Bit of a bummer though.... I feel like I'm getting a cold.  Just what I need!

Today is Barry's birthday so we joined he and Carol for a cup of tea and boaters meeting before heading off for the day.  Carol rang Harecastle Tunnel and the latest we could go through today would be 2.15pm.  We could make that if we really wanted to but with plans of grocery shopping at Tesco in Kidsgrove we decided to go through the tunnel tomorrow morning instead.  We're in no rush.

There was a bit of activity down by the pub.  A huge crane was lifting a barge into the canal.  I'd received an SMS advising of proposed dredging works on the Trent and Mersey Canal so we figured that's what the fuss was about.  After we set off and were passing the pub carpark we saw another two barges being driven in on a low-loader.  Around the corner a pair of them were already moored up.

We took turns working locks and steering today.  Even Carol got behind the tiller.  She bailed out when we got to a lock that wasn't duplicated and as I had the boat tied to the lock landing Mick waved her in.  No way was she going to steer that boat past ours.  There was some reversing and arm waving and she swapped jobs with Barry.  Admittedly the lock landing was rather close to the lock and there was a bit of an awkward angle.

We enjoyed our cruise today.  The lock work was pleasant and it was a dry day although a little chilly.  We all chatted at the locks and even had an acorn throwing match at one lock.  Carol started it!  I think "Heartbreak Hill" is a misleading name.  I've enjoyed working these locks both times we've done them now.

All the way along we encountered workmen mowing or strimming (English call a whipper-snipper a "strimmer") around the locks.  Most of them were very considerate and moved away from the lockside while we were in the lock so they wouldn't spray us with grass.  We must have seen them at about 4 locks.  Just when we thought we were safe, we moored up at Kidsgrove and came inside.  I heard a mower and looked out to see a fellow merrily mowing right alongside the boat.  By the time Mick went out he was well on his way and we had a nice "cut grass" decorative feature on that side of the boat.

We did our Tesco chores and Mick and Barry have gone to the pub for a beer. Carol's cooking a birthday dinner and I get to relax.  Now that's a change!  It's usually the rest of them having a whale of a time while I'm stuck inside working.  I do have work I could... or should... be doing but I'm not behind now and with dinner being a seated affair I thought perhaps it might be a good idea to lie down and read a book for an hour.  Bliss! 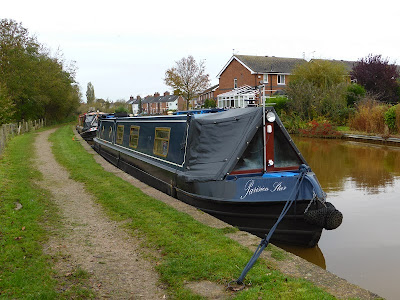 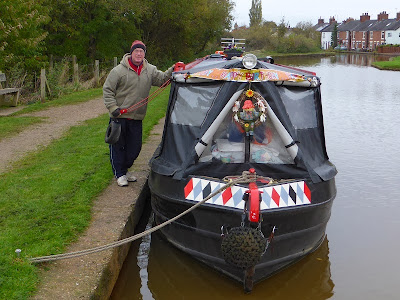 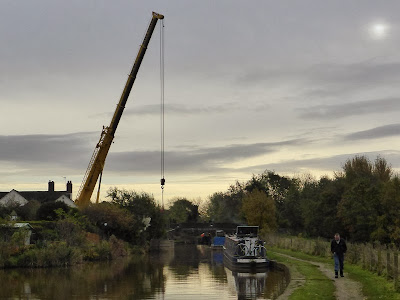 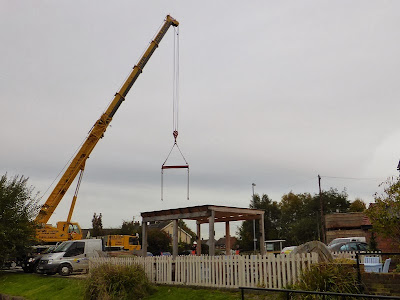 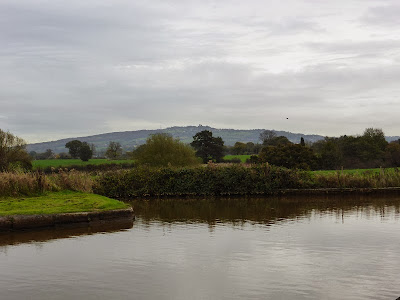 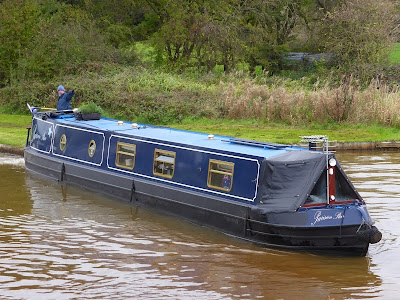 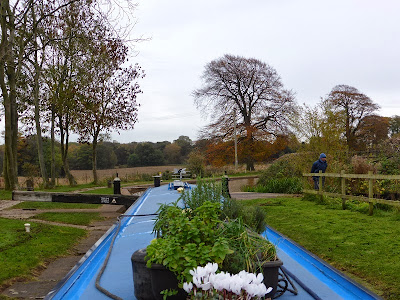 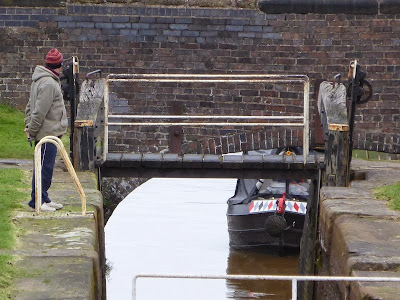 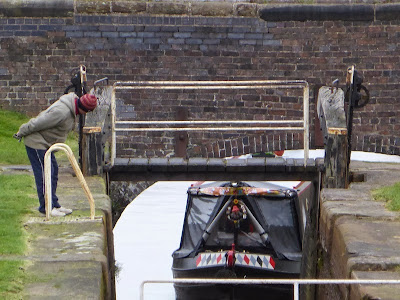 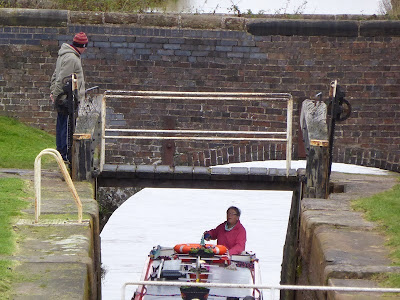 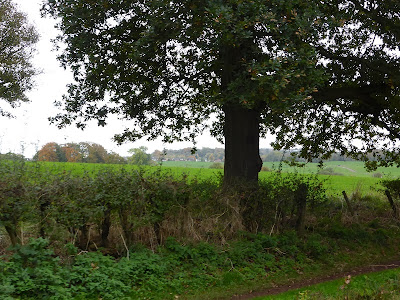 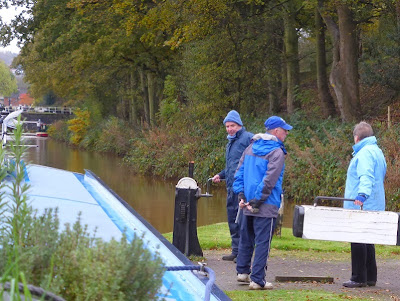 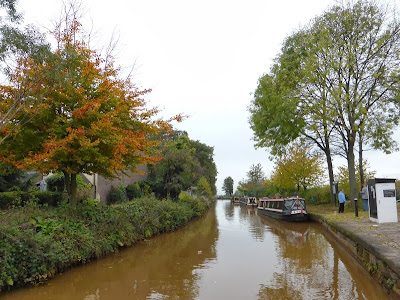 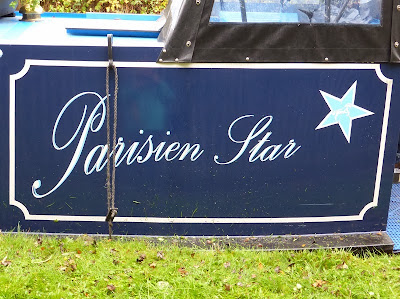