I've had a few days off blogging so here's a bit of a catch up.

Wednesday we had coffee with Martin and Cathy on nb Moriarty.  It was an enjoyable afternoon of chat and before we knew it we could see it was getting dark outside.  It was surely the coldest afternoon we've had so far.  We went out without coats on and really felt it as we hurried back to the boat.

Thursday I had a train ride to Liverpool on my way to Ormskirk.  I spent an hour or two browsing and checking out the Christmas market and the moorings.  It wasn't long enough but we'll both go back another day.  The Liverpool docks are fascinating.  It was a bit of a dismal day and there were only a couple of narrowboats on the moorings provided in Salthouse Dock. 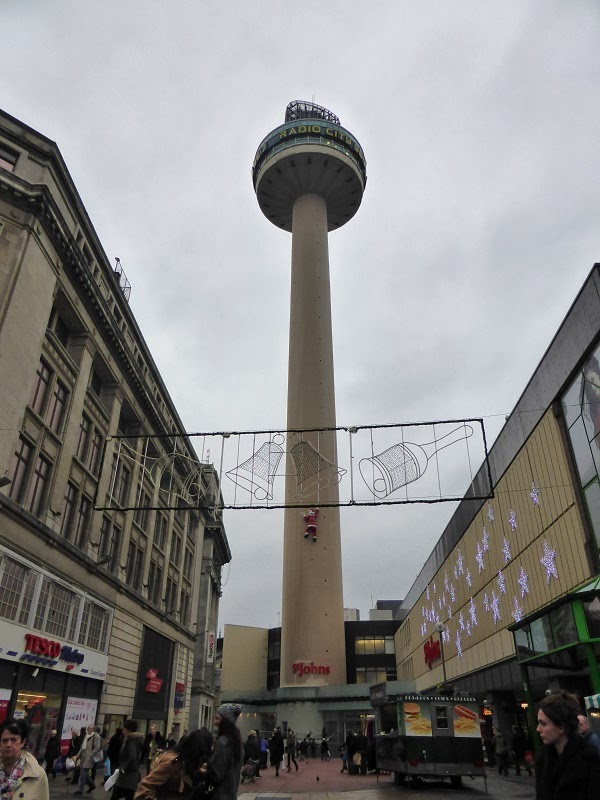 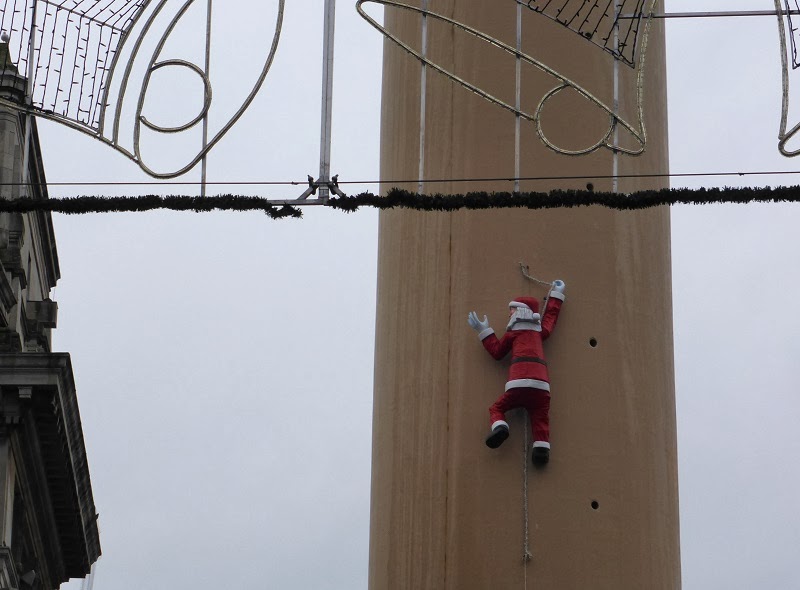 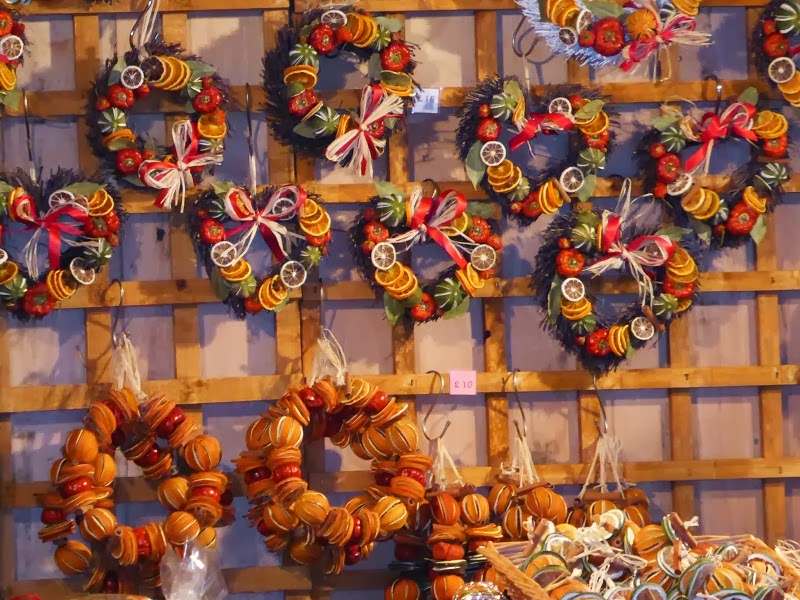 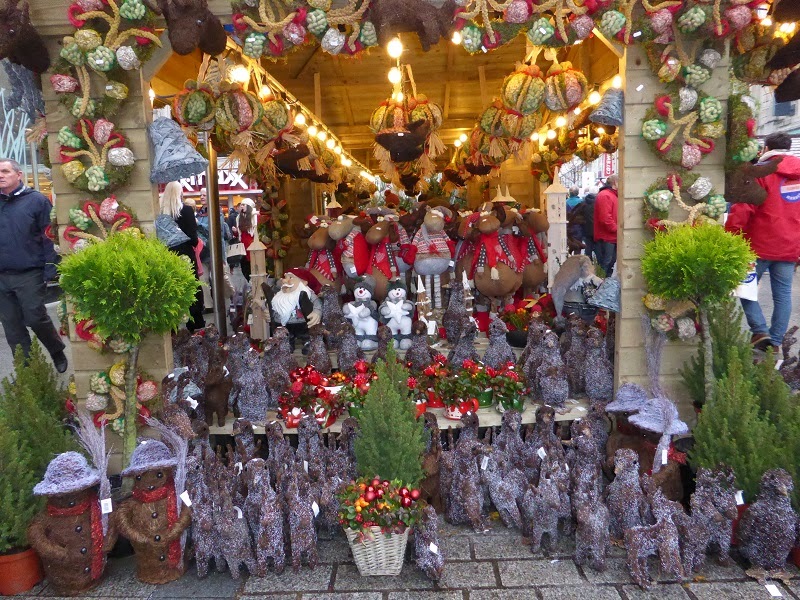 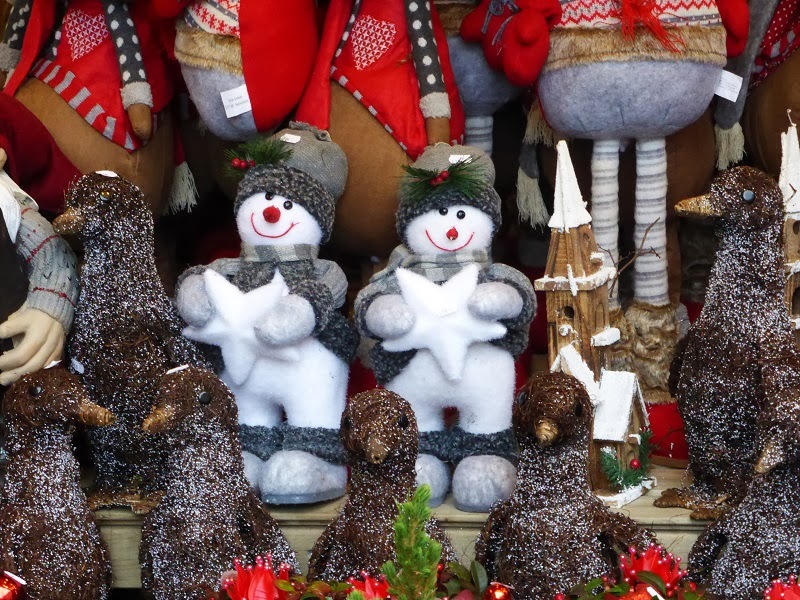 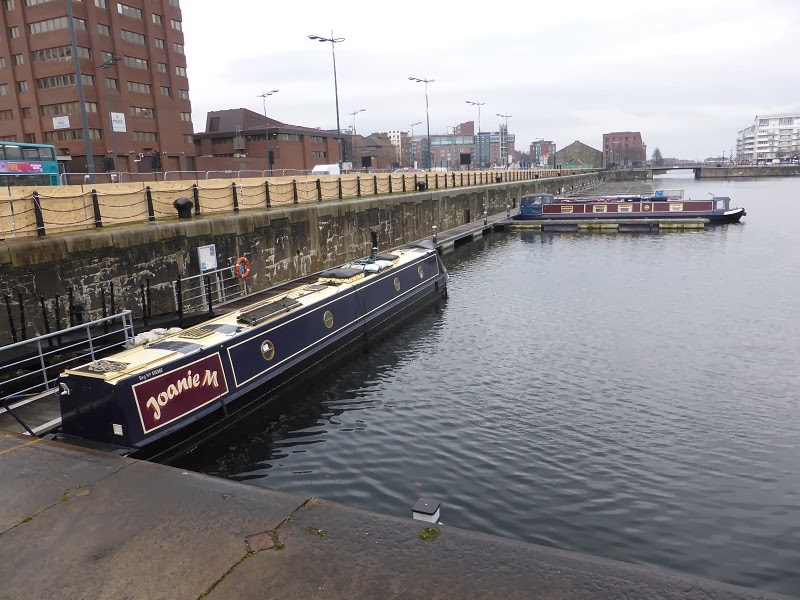 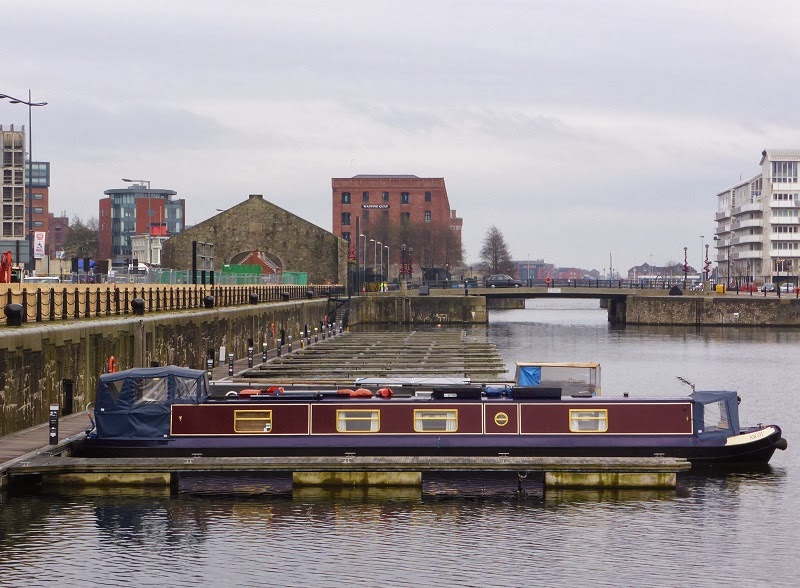 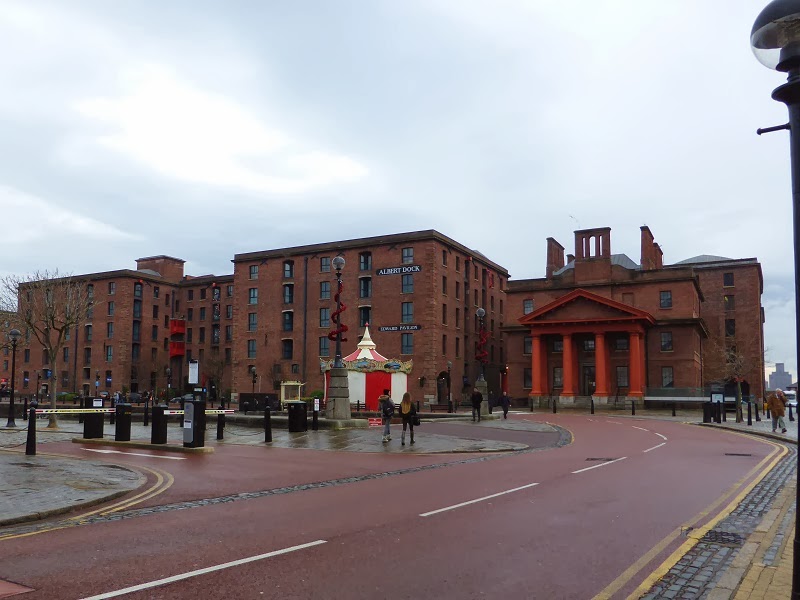 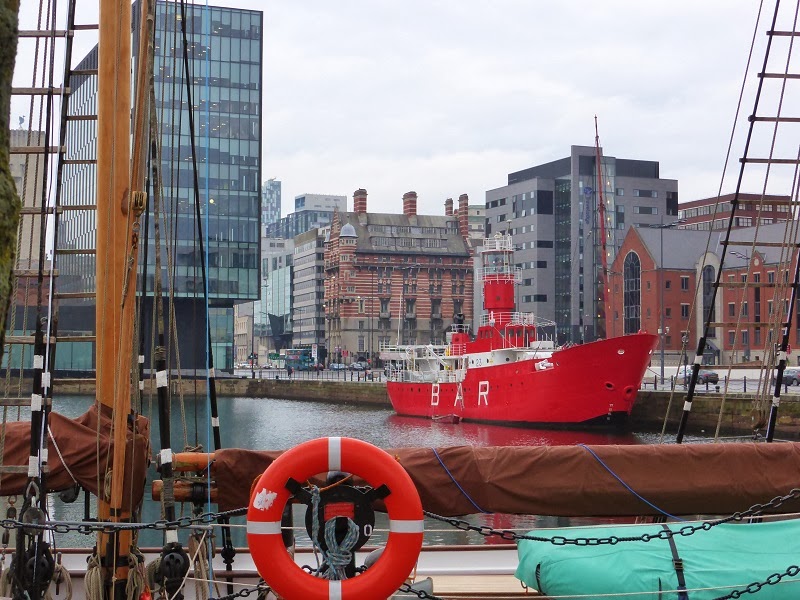 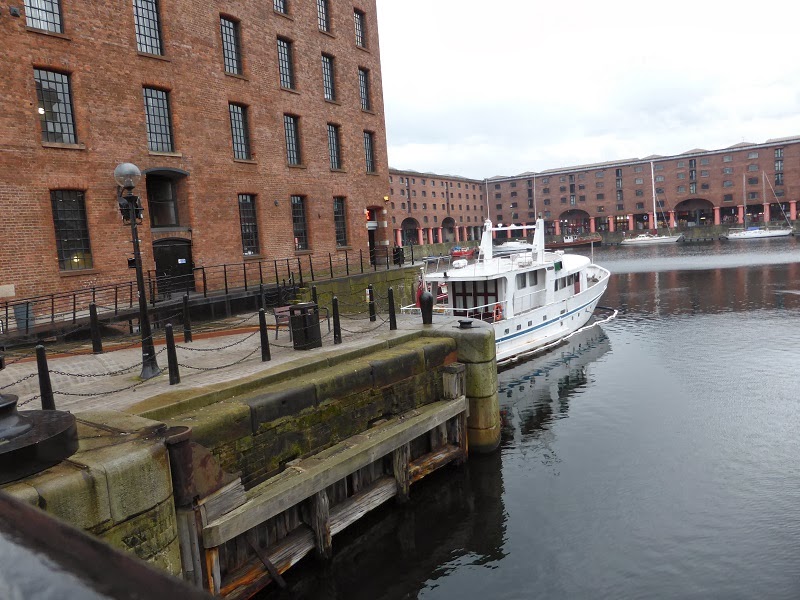 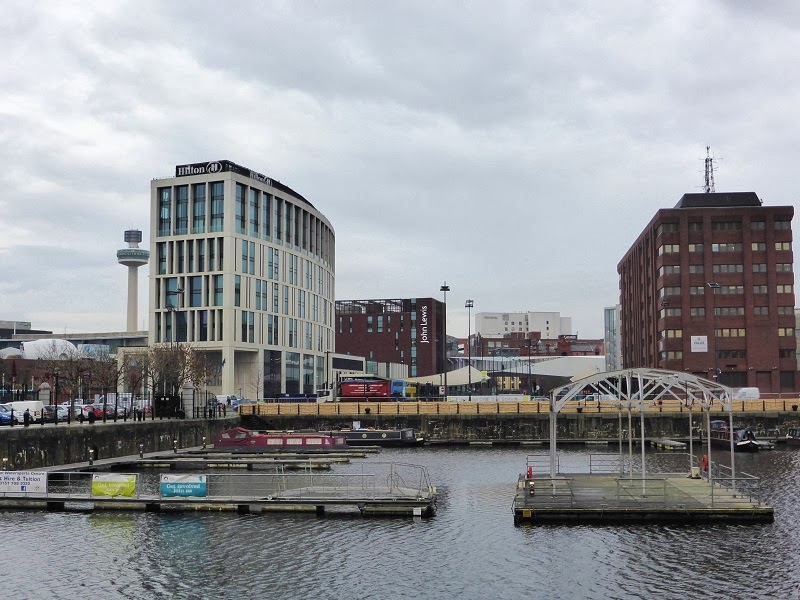 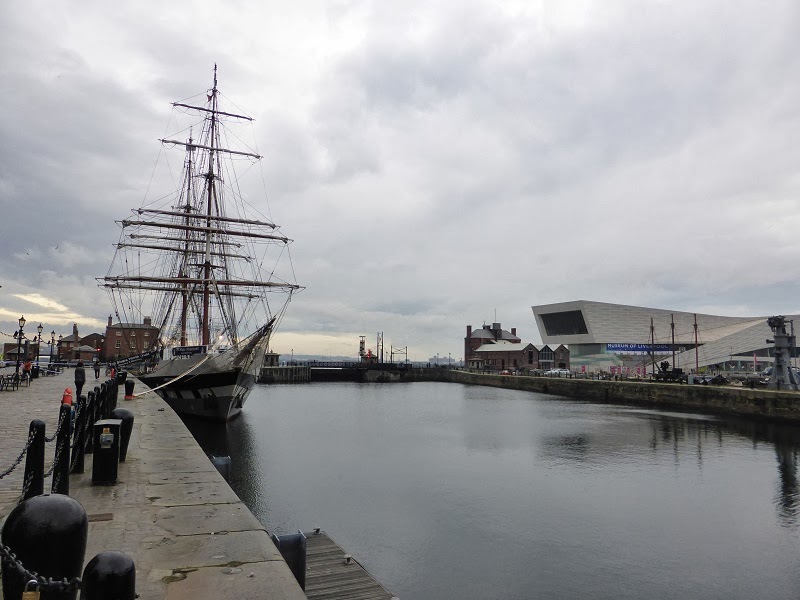 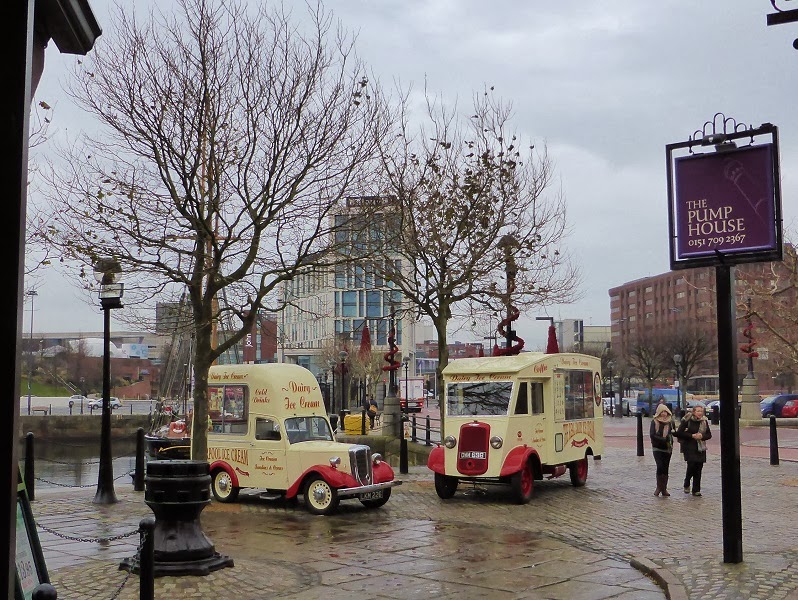 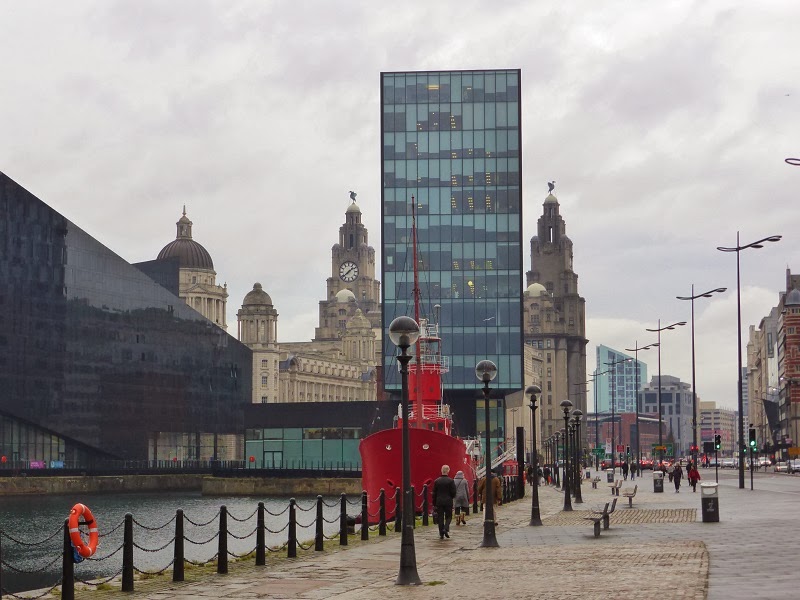 The reason for the trip to Ormskirk was to stay overnight at our friend Lynne's as she and her friend were going to New Zealand for Christmas and she kindly offered us use of her car while she's away.  I had an hour of shopping in Ormskirk too before deciding it was a reasonable time to wake Lynne from her sleep to come and collect me.  She works night shift so I didn't want to wake her too early.  We picked up a Marks and Spencer fish pie for dinner and had a couple of hours catching up before she headed off to work.  I stayed at her place keeping the four cats company.  Funny little characters they are - particularly the Selkirk Rex trio. 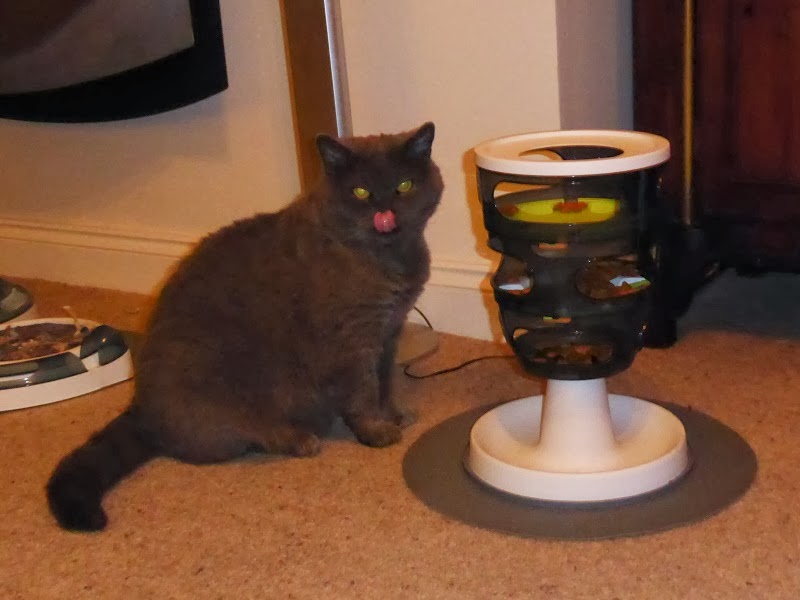 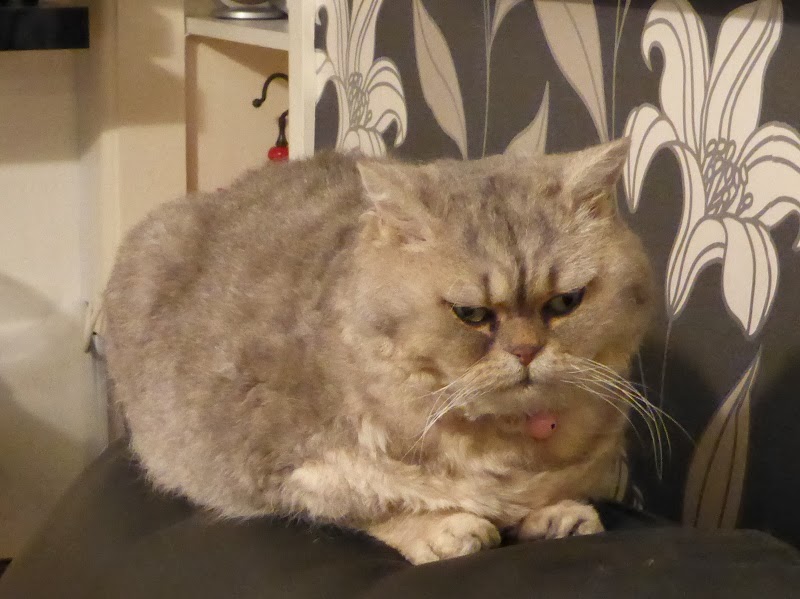 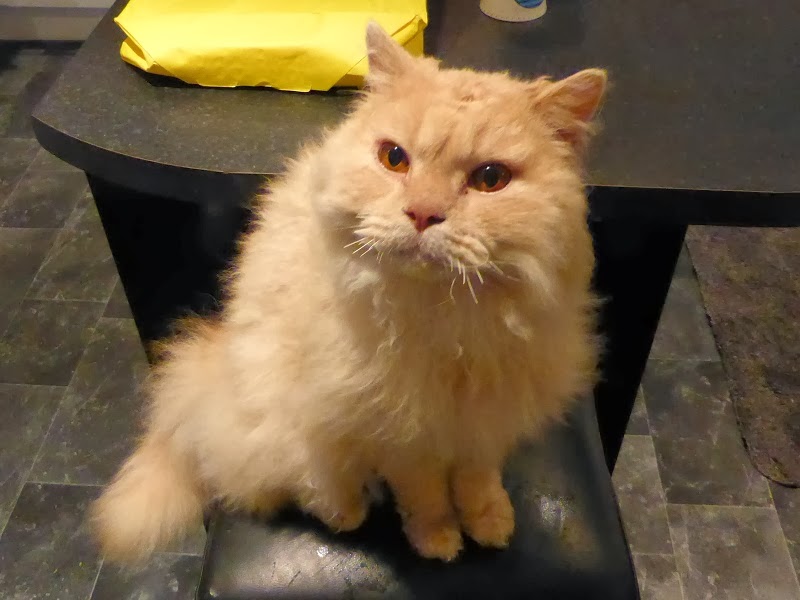 I was awake early with a couple of feline visitors and got up to have a shower before Lynne got home to sleep again.  We had breakfast when she returned and I filled in a couple of hours and then went out in the car for a couple of hours more so she could sleep.  Gave me a chance to pick up a couple of Christmas bits and pieces.  We're familiar with Ormskirk now as we've spent a bit of time up there.  I like it.

We headed off about 1pm, collecting Marie on the way to the airport.  The car was loaded to the brim as Lynne had an entire suitcase full of stuff to take home for her family as well as her usual luggage.  The girls kindly went earlier than necessary to the airport so that I wouldn't have to drive back to Stone in peak hour Friday night traffic on the M6.  I was very glad of that, it took me nearly twice as long as the Tom Tom predicted.  The traffic was already fairly heavy between the airport and the M6 but once on the motorway it wasn't too bad.  Even better, the rain that had continued since midday eased off a bit halfway home so that made the driving easier.

So, life will be a bit different for us for a while.  To think that we can just jump in the car to go and buy whatever it is we need or to have a drive somewhere interesting.  Fantastic!
Posted by Elly and Mick at 08:19

Hey Elly, yeh we loved the docks too. A bit bleak up there now but imust be dazzling in the spring and summer. If you decide to take the boat you can even pick the paperwork up from the Canal and River Trust office in Wigan on your way past. Hope all good with you two. Emma & Nick x

Hi E&N, I'm sure it would be much nicer on a sunny day. It certainly was bleak and with hardly any boats in there it was all but deserted!
We'll see how we go with timing early next year.
Elly x