With the forecast not looking too good for the weekend we decided to stop over in Nantwich.  It's one of our favourite little towns.

We went shopping, I caught up on some work, we chatted with our temporary neighbours.  There was cupboard sorting, paperwork shuffling and clothes packing.  I've parted ways with the thick black coat I bought and loved the Winter before. I wore it nearly every day.  This Winter just gone it has just been taking up space in the cupboard and I haven't put it on once.  What a difference from one year to the next.  I would never have need of such a thick coat at home so it went to a charity shop.

On the walk back from Nantwich, we noticed a sign that said "Wrenbury 4 miles".  I thought at first it must be a mistake.  It would take us the better part of a day to get there on the boat!

Late Saturday afternoon we called a boaters meeting to discuss our plans for the next week. It will be our last few days cruising with Barry and Carol before we part ways for our various appointments.   They were perched on the edge of their chairs screaming at the television when I poked my head in their stern doors.  Actually, Carol was yelling at the tv, and Barry was yelling at Carol to be quiet so he could hear the commentator!  It was the Grand National (UK equivalent of the Melbourne Cup).  On the way back to the boat there was a fantastic rainbow.

There was a fair bit of boating activity with boats passing in both directions. 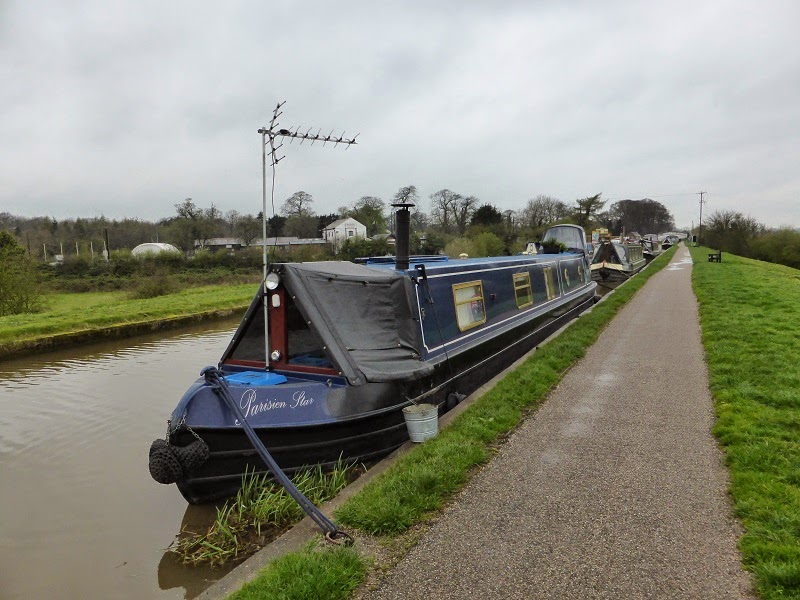 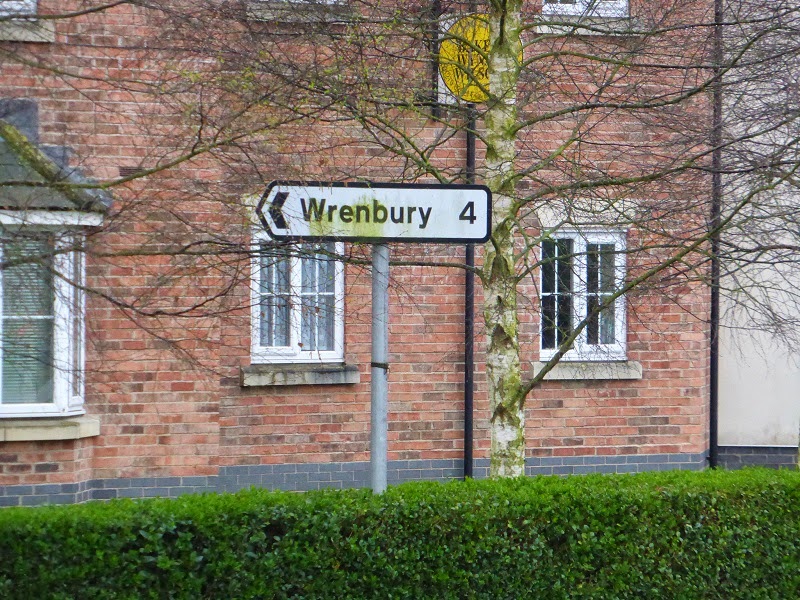 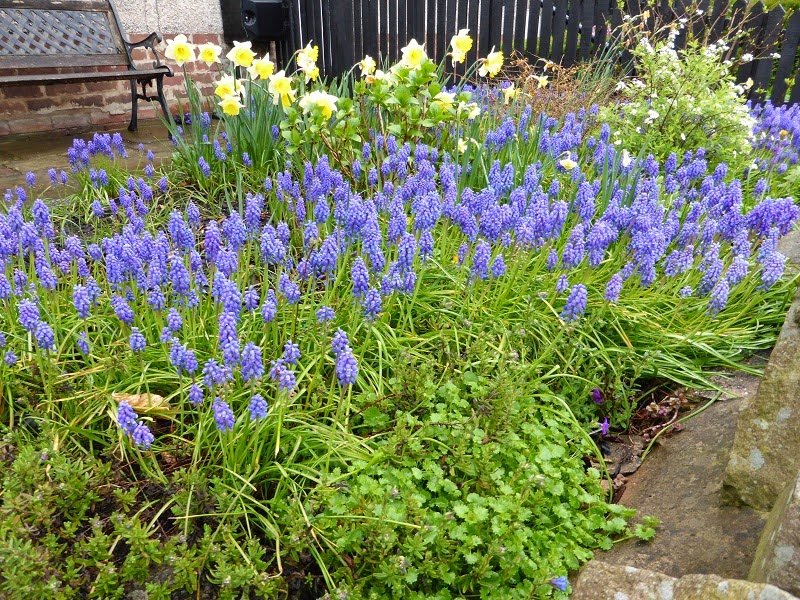 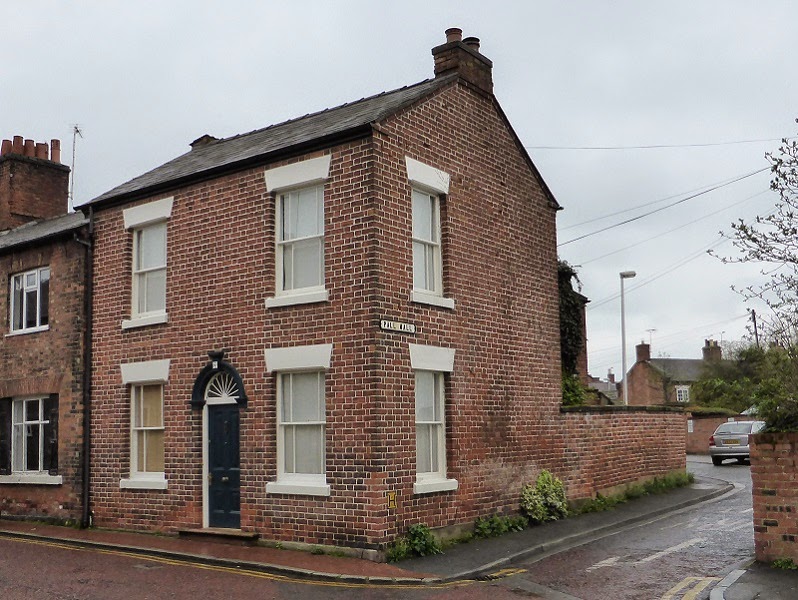 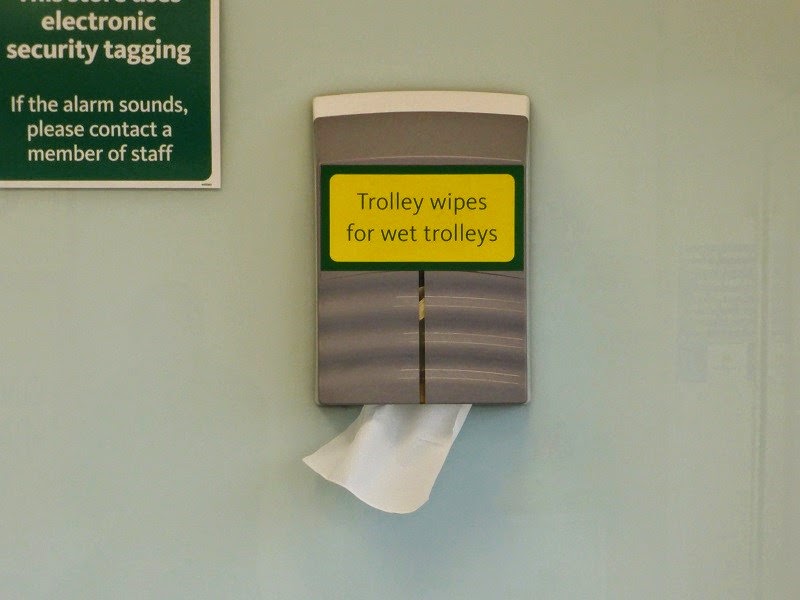 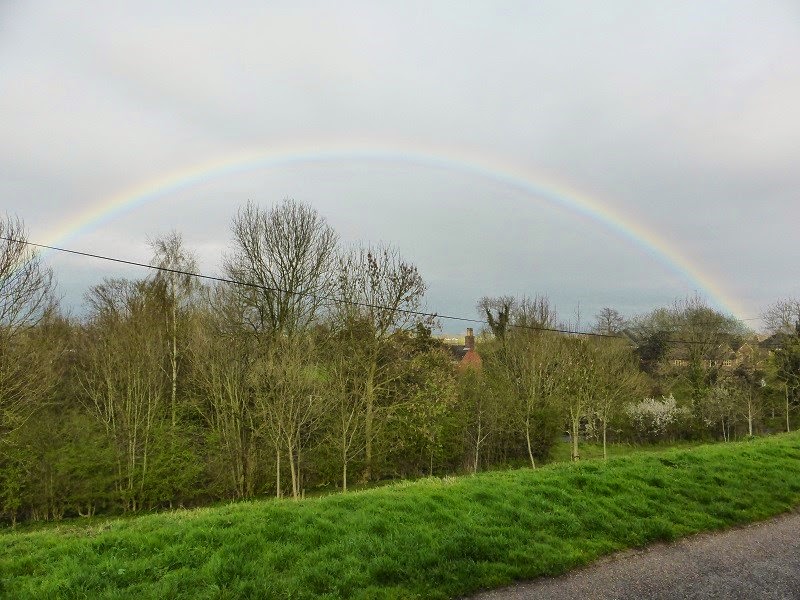 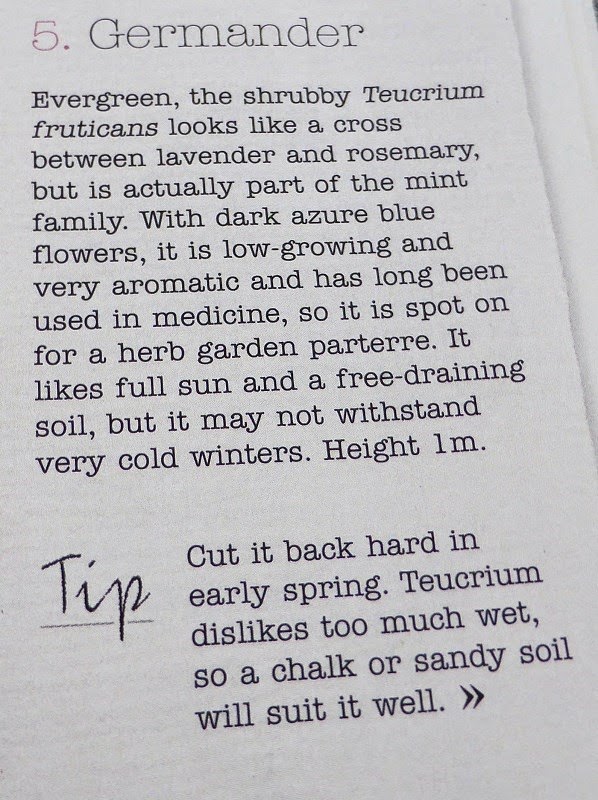 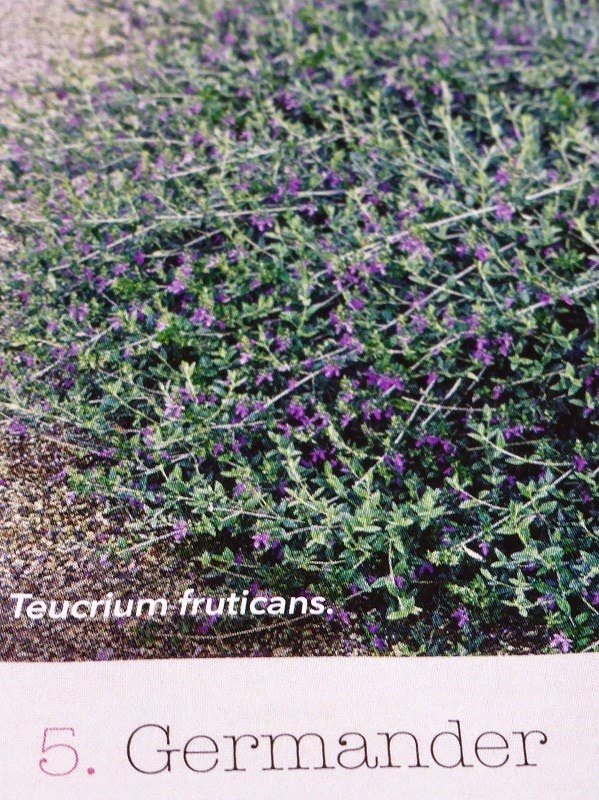 How funny, I used to live in the area (Crewe), but did my first narrow boat holiday on the Shroppie/ Llangollen. I remember it used to take us 2 days to get to Chester by boat and 45 minutes from Crewe in the car!! Love Wrenbury, the post office has really nice local supplies of meat and pastries. Miss that area a lot, although I still have the house up there. I don't comment a lot, but I am going to miss your blog when you go back to Oz

Carol, glad you enjoy the blog. I think I'll miss it too!
Elly