I've had terrible internet woes the past few days, but here it is at last.

It’s been raining… and raining… and raining.  We did expect this type of weather but it really would be nice to have a rest from it for a day.  I think the gloomy weather was starting to get to us and as soon as that thought entered my head I looked out to find the most gorgeous reddish glow over the marina as the sun set.  It was just in time.  I raced out to take some photos and Andy from nb Josephine called out “Are you taking photos to prove that sometimes the rain stops?!”  Well, it sure seemed that way!

Today Mick went off on the bus to Stafford to B&Q… again… as the item he’d been sold yesterday in Etruria turned out to be the wrong one for the job.  We did some internet research and found what he needed.  It said that it was in stock at B&Q in Stafford.  Just to make sure we rang and asked them to set the last 2 items aside for him to collect today.  He headed off in the pouring rain across the muddy marina field.

When he was on the bus on the way back to the marina from Stafford I walked out to the main road to meet him.  Despite the constant rain I just had to get out!  It was quite enjoyable sloshing along in the mud and rain but it seems there’ll be laundry to do tomorrow.  Mick’s shoes were saturated and we both had mud splashes everywhere.

This afternoon he got to his task while I was out having a coffee on nb Ewn Ha Cul.  When I returned it seems he’d had a mini melt down.  After all the rainy bus trips to get what he wanted, the 2 tins he’d returned with from Stafford had a use by date of 2008 and wouldn’t work!  He’s not happy.

Photos :
1. The church at Aston
2. - 10. Around the marina Saturday afternoon 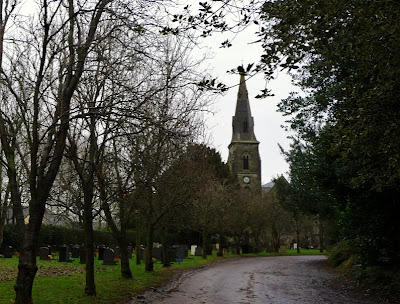 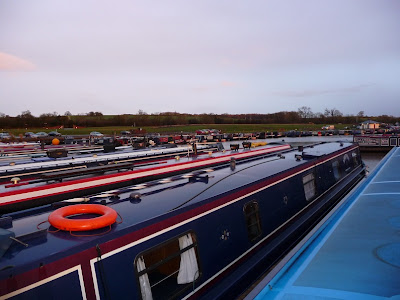 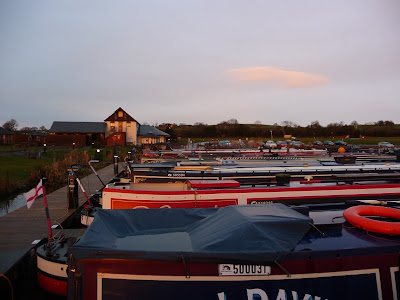 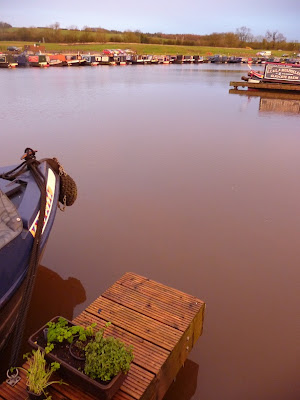 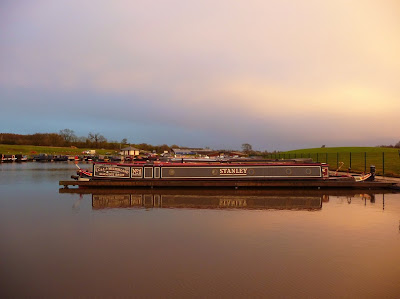 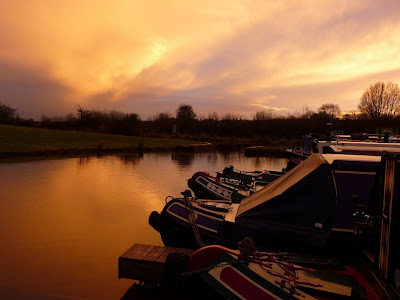 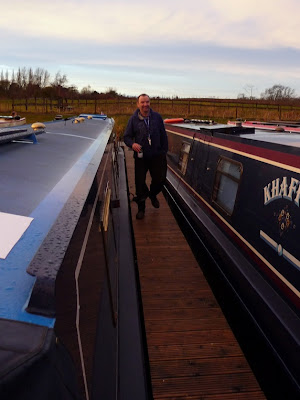 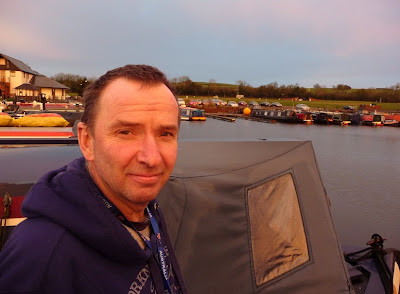 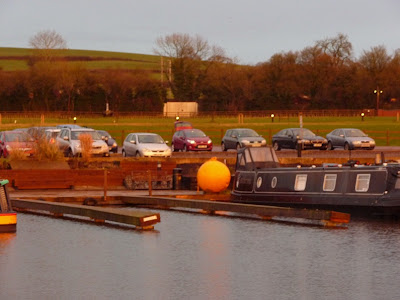 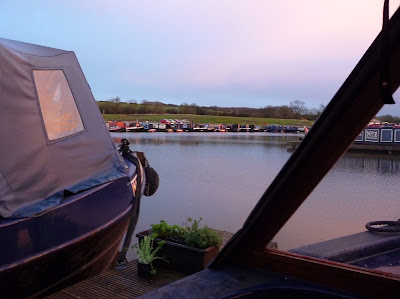 Poor ole Mick that's making hard work of the job and when it's not your fault you wanna go ahhhhhhhhhhhhhhhhhhhhhhhhhh!!
Looking forward to seeing this stove in and fire lit.
5 more posts guessing!!

Add, I really don't recall all the rain now. Mick often says something about how much it rained in England but I don't remember it being that bad. I do, however, clearly remember the frustration of trying to find a can of spray foam!!
Elly