Well, I guess every day can't be peachy!  It started off well.  Barry and Carol came along for the ride to Midland Chandlers where we all had supplies to buy.  We winded and returned to Penkridge after a cup of tea and we all began our trip up the locks.

It wasn't long before we encountered our first bad attitude.  There was a boat well back from the lock landing and nobody further ahead.  Mick called out to the fellow to ask if he was waiting for the lock.  "No...  you go ahead!" he called back.  I heard the exchange through the side hatch.  We pulled in, I waited with the boat and Mick went up and set the lock.  Just as I untied the boat I looked up to see the boat from behind about to pass.  He saw my startled expression and said "We're travelling in convoy with 2 boats ahead so we'll go first".  There was nothing I could do about it.  He'd tricked us into preparing the lock for him. Mick must have had a surprise to see a boat other than ours cruise into the lock he'd just set.

At the next lock we encountered the convoy.  They were a group of 4 young fellows with 3 boats so they were short handed and slow.  Mick helped them through but this lock was unexpectedly fierce and the steerer blamed Mick for the surge of water.  I'm not quite sure why it wasn't his mates fault on the other paddle.  He hurled a torrent of abuse at Mick that ended with a threat to smash his teeth in (the fellow in the white hat in the photos below).  Mick apologised profusely but it made no difference.  The steerer said to his helper to just get on the boat and leave the paddles and gate open.   The next lock they left them open too and when they did close paddles they just let them whizz down with a clunk that we could hear from the lock landings.  We thought it best to keep well back and we didn't approach the lock until they were gone each time.  Very unpleasant. 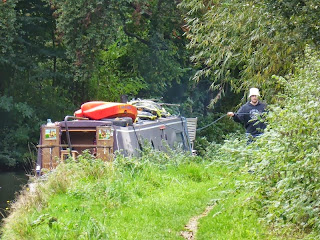 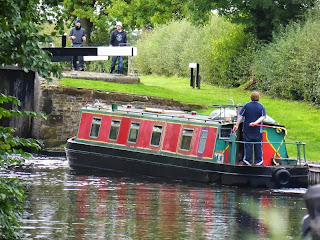 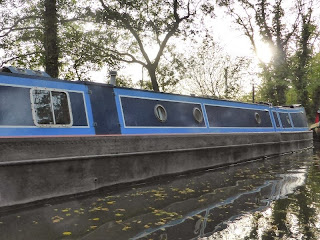 It was extremely busy with boats today - more so than any day we've had so far.  What took us a couple of hours the other day going down took us twice as long today.  At every single lock there was at least 2 of the convoy of 3 still to go through the lock.  Finally we reached the last lock and theywere waiting in line at the lock landing.  We tied up back a little so we weren't right behind them and when nb Winton's Folly came around the bend we waved them to go ahead of us.

I went inside to work.  There was a boat coming down for almost every boat going up but then it quieted a little.  Barry saw a short little boat coming along and said to the lady on the towpath from that boat that there was a queue of boats and we were the last in the queue.  She said they'd just go ahead to where the boat in front had moved off the lock landing.  Barry went into the lock and her husband went up with his windlass.  I was blissfully unaware that there was now a gap in front of us.  Mick mentioned to the husband that we were waiting below for the lock and the fellow basically said "Bad luck, you aren't on the lock landing and we are!".  It was a whole mouthful of rudeness more than that but I wasn't there.  I think Mick had about enough by then and could barely bite his tongue.

There was one more encounter to come.  This one was Barry's.  Oh my goodness... how many times in a single day?!!

It had been an extremely long day by this time.  We pushed on further and passed the terrible trio on the way.  I noticed two of the boats had no registrations on view.  Eventually we moored in a lovely stretch with a pretty view out our window.  When we stepped off the boat the boys were like chattering parrots.... both madly describing their respective encounters.

Thank goodness we had fantastic weather today.  It softened the blow of the run of rude boaters.  No cards tonight.  We're all exhausted! 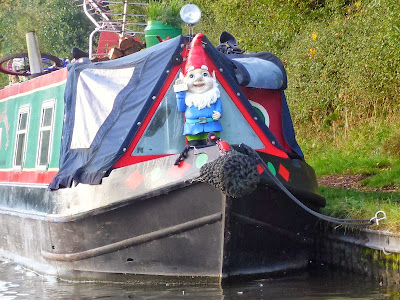 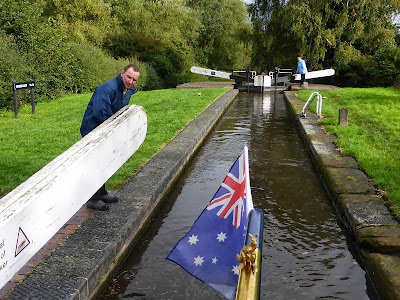 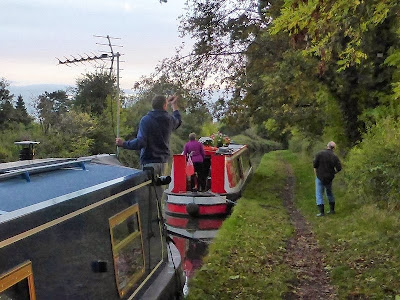 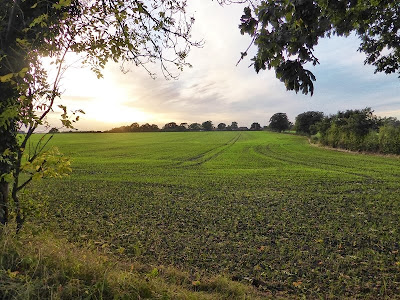 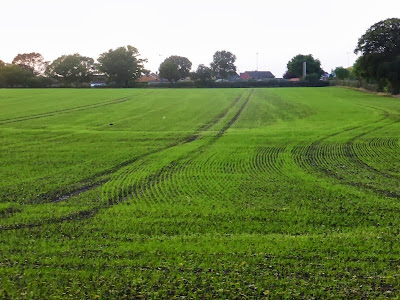 Hi Guys
The behaviour you have seen from these low life boaters,(oops not PC) I really mean, fellow boaters with a less than desirable demeanour, should be reported to CaRT every time. Boat name and number and location. They have to take note and hopefully use it at some point in the future to save others having the crap experience you have had.
Roger

Roger, we were so furious that when Carol told us we would be passing them as they had all moored up I was ready with my camera at the kitchen window. None of them had names and the only one with a reg plate had the fellows all,sitting onboard. They saw me so I put the camera out of sight and in that second I missed catching the reg! I'll keep an eye out for them today!

I agree with Roger they should be reported.

I admire how cool you both kept, maybe the day would have been worse if you had stood your ground and maybe got the three of them thumping you both.

Thank goodness some of us are laid back.. or try to be!

Better day for you tomorrow!