As so often happens when I know I have to get up early, I was awake at the ridiculous hour of 4am.  I tried to get back to sleep but at 5am I figured I might as well get up.  We were both ready to go by 7.15am so we went to tell Barry and Carol we’d make a start.  The boat moored ahead showed no sign of movement so the locks would be in our favour.  It was one of those dark and misty mornings but not cold at all.

We made our way round to the first lock at 7.30am with nb Winton’s Folly following not far behind.  Wow, we were lucky.  A boat came up behind just moments later!  Roly so kindly offered to come and help us up the flight.  He was on his way to the top in his van and would walk down to meet us.  We knew we’d not be meeting an oncoming boat for more than an hour – even if someone had left from the top at first light.

I worked the first few and then let Mick take over.  The paddles were hard to wind!  We got ourselves in a bit of a routine.  While the lock was filling, Mick went ahead to the next lock and opened the gates.  By then the lock was full and I’d close at least one of the paddles by the time he returned.  While I took the boat to the next lock Mick closed the gate behind me and opened a bottom paddle so it would be ready for Barry and Carol.

It wasn’t all that many locks ahead that we saw a figure through the mist opening lock gates as he headed down toward us.  With Roly helping the routine changed slightly.  He’d stay behind to close the gate and prepare the lock for Barry and Carol.

Along the way we passed just one boat.  That’s not counting the boat moored in one of the short little pounds.  Roly says it was there earlier in the year when they came down the flight.   There were heaps of dansom plum trees at the locksides but there were no longer any low enough to reach.  I even spied a eucalypt and Roly kindly grabbed me a piece.  Mmmmm… the smell of home.

We had intended to moor up before the final lock.  It was only 11am so I said to Mick that I’d walk back to the previous lock to have a chat with Barry and Carol.  Carol has finally found the courage to learn to steer their boat into the locks.  Perhaps necessity is a good thing!  She’s been doing pretty well at it too.  When I reached the lock there was a touch of tension in the air.  Apparently there was one bumpy entry that knocked a glass from a cupboard.  But really…. what a fabulous effort for someone with so little practice.  The only time she bailed out was when the oncoming boat appeared.  We looked back and saw Carol standing on the lockside.

We had a quick discussion and decided to move on to Alvechurch.  Barry and Carol’s daughter is coming to visit with her family on Saturday and they’d like to be in Birmingham by then.  We said farewell and thank you to Roly at the last lock and headed on our way.

It was a companionable morning’s work and we made excellent progress.  We completed the flight in 3 hours and 20 minutes.  Not a bad effort.  We were in Alvechurch for lunch and a relaxing afternoon.  No sooner did I pull the pram hood up and the heavens opened.  We couldn't have timed it better. 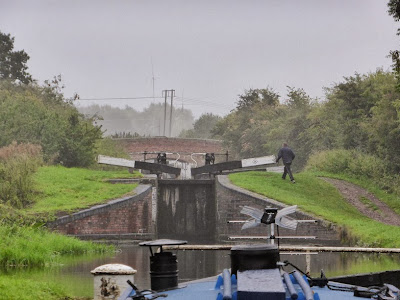 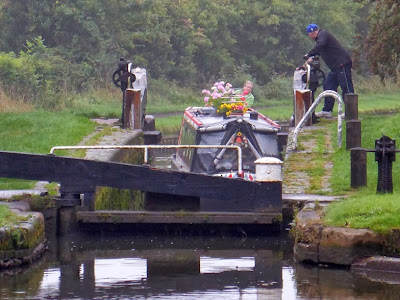 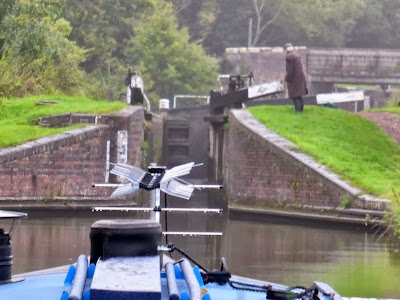 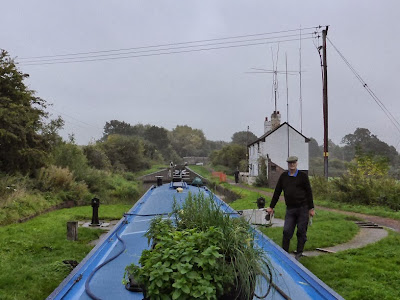 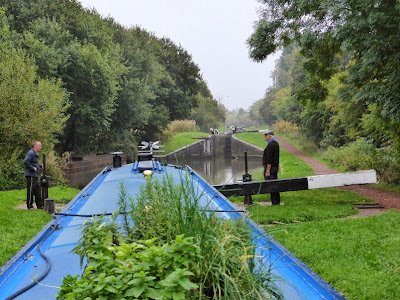 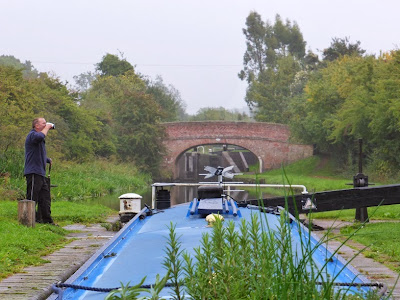 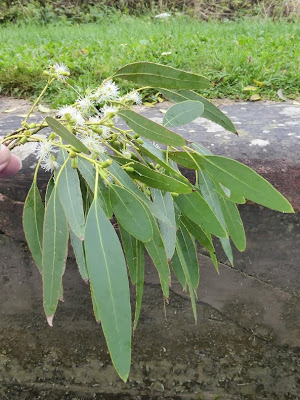 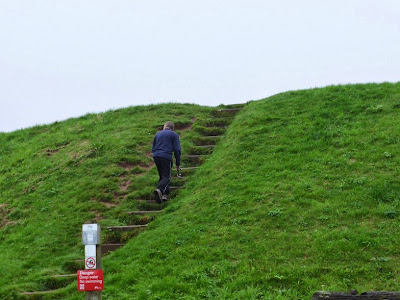 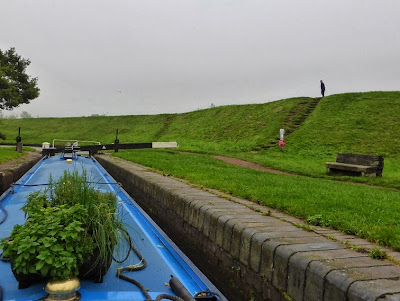 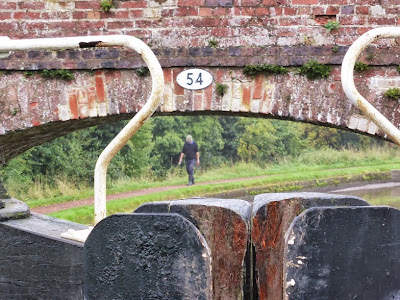 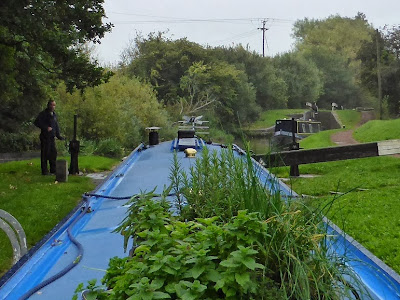 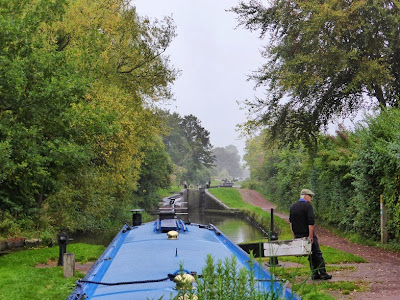 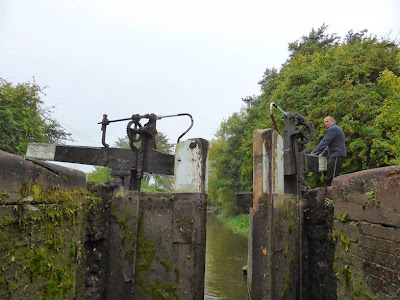 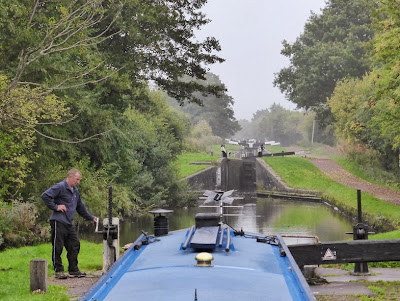 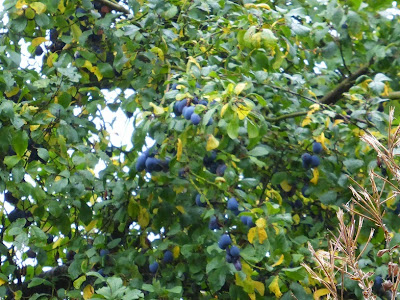 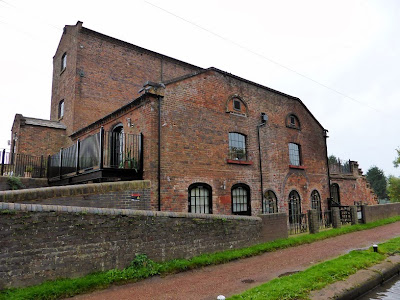 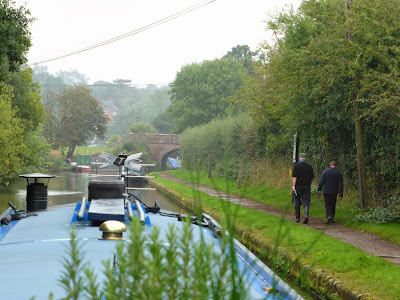 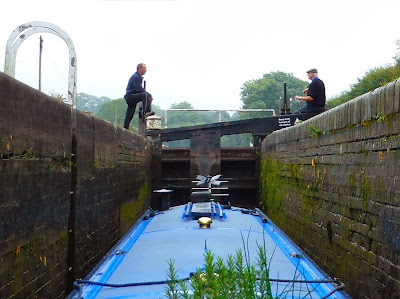 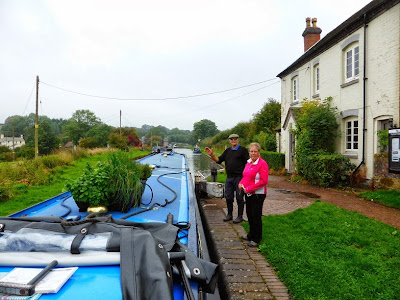 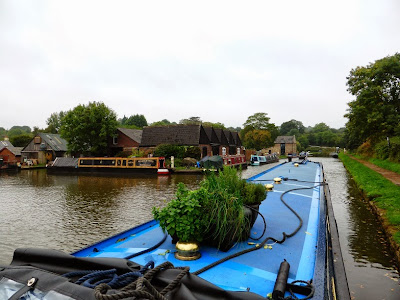 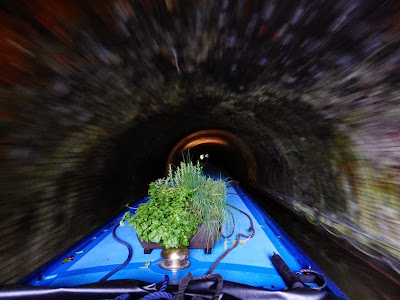 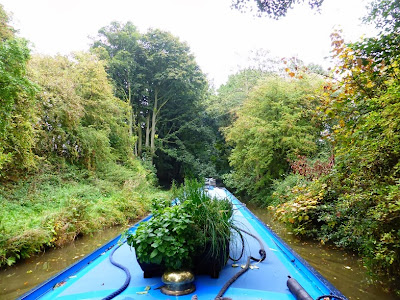 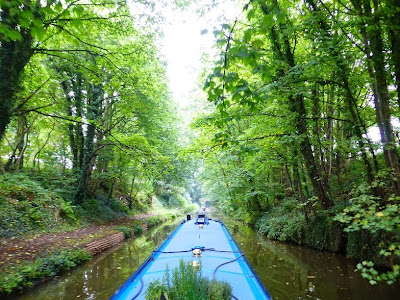 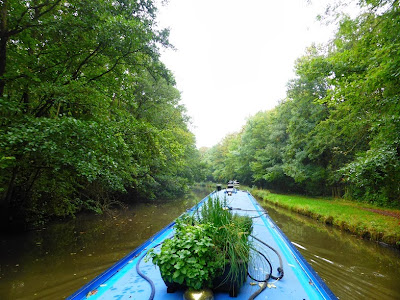 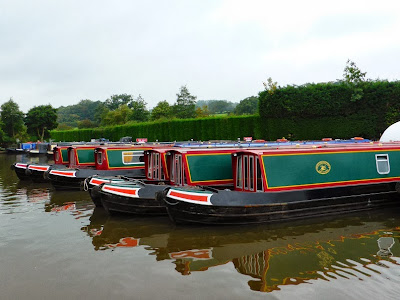 The boat hook comes in handy for the hard to reach plums Elly.

Peter, why didn't I think of that!!
Elly

Hi me again Elly! You must be getting fed up with my comments I'll refrain if so . Do say.
But these posts are more memories we did Upton on Severn to stourport Brewood Great Haywood Fazley Brum Worcester and back on our 2nd NB holiday this time with my now wife Karen and my dad about 1987.
We visited the pub you mentioned it wasn't posh then and the Avoncroft museum and came down this flight wonderful memories thanks for posting.
Ade