Today's forecast was for a rainy morning but clearer after lunch.... and so it was.  We had a boater's meeting this morning and decided that we'd head off about 1pm by which time the rain should have stopped.   I did some work... we had a tidy up... Mick took some stuff to a charity shop... then after a bit of lunch we were ready to go.

A fellow from a boat further back strolled past as I was putting the pram cover down and was asking me where we were stopping today.  Something made me feel I should be less than forthright so I said we weren't sure where we'd stop... we'd see what happened with the weather.

We enjoyed the cruise from Westport Lake and were hoping to find moorings by Festival Park.  There was one space before the footbridge so we pulled in and I walked ahead to see there was another space after the bridge where Barry and Carol could moor.  It was just starting to drizzle again so I quickly put the pram hood up and a fellow on the boat behind came over and was saying something about someone who had been moored here was coming back.  I didn't take a lot of notice and left Mick out there listening to his chatter.

Not all that long afterwards, the boat with the fellow who had asked questions earlier at Westport Lake cruised by but had to continue on.  Mick was still out chatting with the boater behind us and then it all became clear.  They knew each other and were spending the winter lurking around the area.  Any wonder I'd been asked where we were planning to moor... he had been planning on racing off ahead of us if he'd known we were coming here.  Lucky I said nothing... we like mooring here.

We passed a pleasant couple of hours playing cards and tonight we're having dinner at the Toby Carvery. 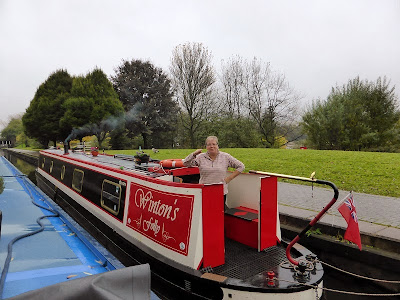 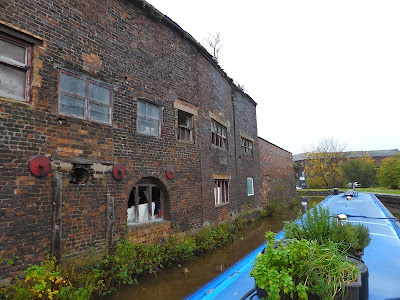 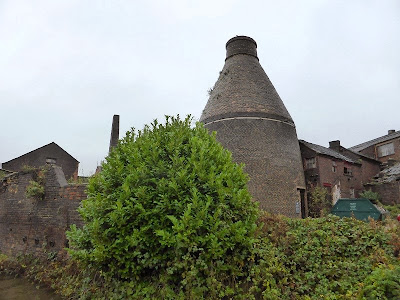 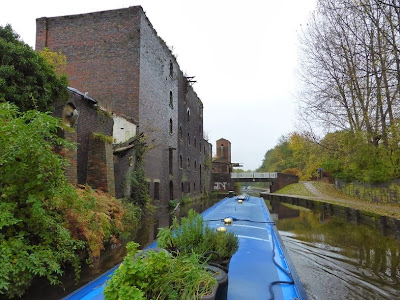 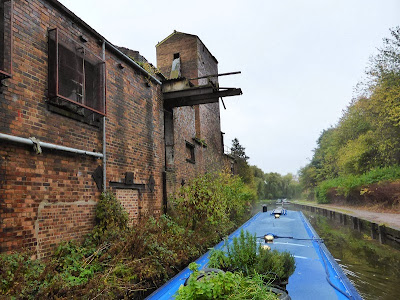 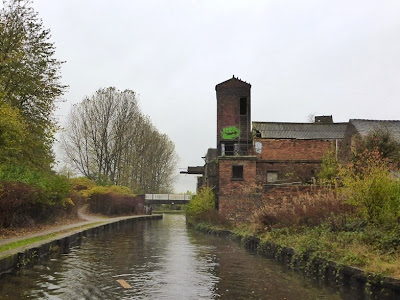 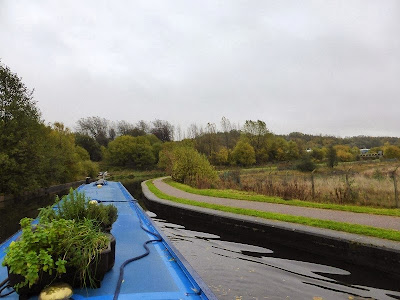 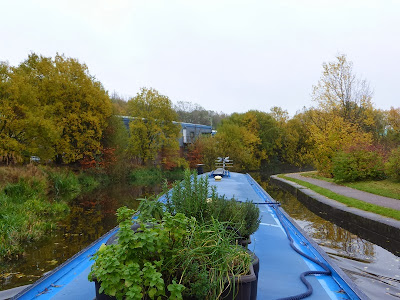 Hi
I have been following your blog for several months but I need to ask a question rather than leave a comment.
In the beginning you struggled with mobile and internet signals. Is this still the case? What do you use to connect to the internet?
My husband and I have just purchased a narrowboat but we will not be arriving in the UK till April. I need to know if I should purchase something to assist with the connection.
By the way neither my husband or myself have set foot on a narrowboat.

Hi Evelyn,
Where are you from?
I will write a blog entry with what phone and Internet we use. If you leave a comment with your email address, I won't publish it but you can email any questions direct.
Would love to hear about your boat and plans.
Cheers, Elly

We'll probably bump into you as we're heading for Festival Park today. It'll be great to catch up and have a natter xx

Like you I have had the odd feeling that things were not quite right. Last time was when we were at Skipton. We had spent some time moored next to a couple of single handers. They had made polite conversation about our exact mooring itineraries. They were doing an exchange of places with two other boaters. We also listened to their conversation over the vhf radio. We heard them call ahead to the other boaters. Who passed us a short while later. On arrival our old 'friends' were a bit disappointed to find us moored up.

Dot... was great to catch up on the years cruising.

MMP&A... you have to trust your instinct don't you! Interestingly we noticed the chatty fellow at Festival Park moved on next morning and who should appear just moments later.... our friend from Westport Lake!