On the road again

It was time to move on again today but there was no rush.  The visitors on nb Winton's Folly went home today and the rest of us made the most of electric hookup.  We had decided we'd head off after lunch but of course by then the heavens had opened.  We put on our waterproofs and off we went, leaving Barry and Carol to finish the ironing!

It did drizzle on and off through the three locks that took us back up to the Birmingham and Worcester Canal but it wasn't too bad.  It was only a short cruise from there.  We'd planned to moor below the Astwood Locks.  The canal was still overgrown with reeds but there was a stretch with the lock in sight that was a little wider.  We pulled in there and moored up.  There had been a boat behind us in the locks and they passed us just as I was finishing putting up the pram hood.  They called out that they loved the little pram hood.  So do we!  In fact, we've raved on about how much we love having it that Barry and Carol have put in an order with Kinver Canopies for one of their own.

Barry and Carol joined us an hour or so later.  By then we'd been off to pick a couple of cups of blackberries that we'd seen back at the previous bridge.  Carol had passed on a couple of cooking apples that one of the girls had brought with her so I cooked them up together to have on my breakfast.  Delicious! 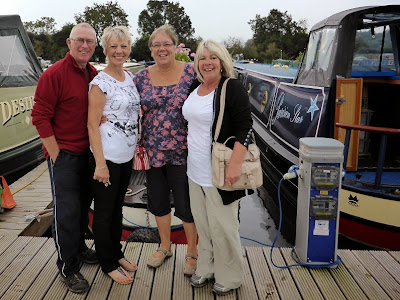 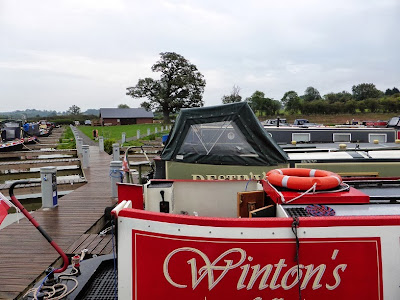 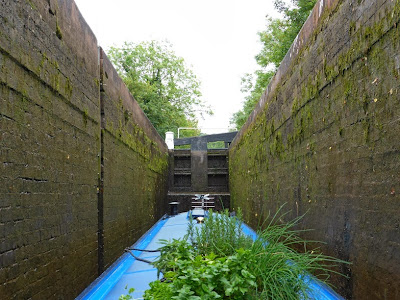 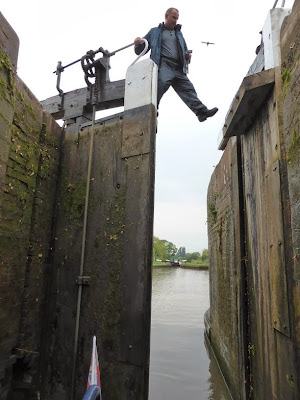 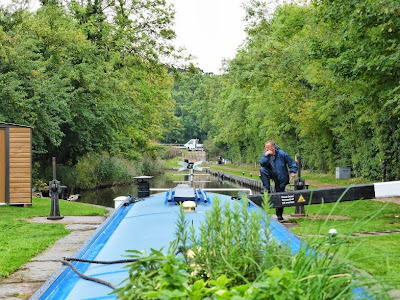 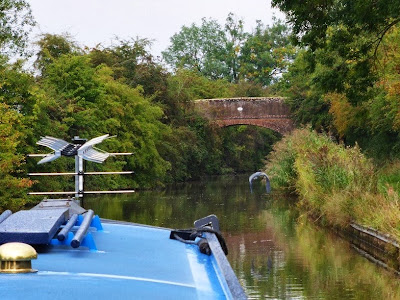 Hi Elly. It's all down to personal preferences I know, but I simply can't agree with you about the pram hood, no matter how much extra room they provide, or how convenient they are in bad weather. My own feelings are that they are ugly, ruin the lines of a boat, which after all is built to resemble working canal boats of yesteryear, and I simply wouldn't entertain one on my narrow boat. They look great on modern plastic boats, so my advice to anybody considering one would be 'buy one of those instead' and have all the comfort you need. I have no doubt this will start an argument similar to 'what type of loo is best'. Each to their own.

Peter, I agree with you in that I much prefer the line of the boat without the hood. If we weren't spending Winters on the boat I wouldn't want to have one. But, it makes life so much nicer in the bad weather. The fumbling about with bags of groceries, wet boots and brollies and coats with the rain still falling on your head? We've just chosen practicality over appearances.