We decided we'd have a little rest for the weekend so arranged to turn into the rather newly opened Droitwich Canal, down the three locks, and spend a couple of days in the Droitwich Spa Marina.  When I called them to make enquiries they were very helpful and friendly.  We'd heard good reports.

A lot of the canal between Tibberton and Droitwich was narrowed down to a boat width by overgrown reedy things.  We were glad we had stopped at Tibberton as the moorings at Oddingley were alongside a stretch of the reeds.  One boat had their mooring ropes tied so loosely, and the canal was quite shallow there, so as we very slowly passed their boat pulled away from the bank and into us.... pushing us over into the reeds.  The fellow reading his paper on the stern looked up so we suggested he might like to tie his boat up better while we dis-entangle ourselves from the reeds!

The blackberries are at the tail end of their season and there's huge black bunches of fruit on the off side.  We also noticed plenty of crab apple trees laden with fruit.

We're not so keen on tunnels but the Dunhampstead Tunnel wasn't too bad.  At 236 yards we could see the exit portal clearly.  It was high roofed and dry inside.  We don't mind that at all.

We passed some nice canal side property and some lovely countryside.  As we approached the junction of the Birmingham and Worcester Canal and the Droitwich Canal we saw the Eagle and Sun pub where we'll have lunch on Sunday for Carol's birthday.  Opposite was Hanbury Wharf so we might go and have a look at the New and Used Boat Co boats.

Passing under the road bridge we could see on our map that the junction would be soon after.  Actually.... it wasn't "soon after" it was "immediately after"!  We almost cruised on right past it but when I looked back behind us I saw it was the entrance to the Droitwich Canal.  There's nothing telling you so unless you look back the way you've come.   It's a nice wide junction so there was plenty of space to make the almost 360 degree turn to get around and back under the same road.

The three locks before the marina are very deep and quite narrow.  Approaching the first on foot I could see a volunteer lock-keeper was in attendance.  Mick pulled the boat over to the bank and watched in alarm as the lockie opened first the a bottom paddle and then a top one.  The pound between the first and second lock was almost dry and the boat in the second lock was unable to proceed.  These locks have side pounds so half a lock full of water is emptied into the side pound on the way down and then used to refill half a lock on the way up.  The centre side pound wasn't working so the order of things had gone awry.  That lock was drawing a full lock of water from the pound each time until eventually it ran dry.

It only took 10 minutes to sort it all out and everyone was on their way again.  With boats coming towards us and two lock keepers and a day drip boat full of folk, we had every lock in our favour and someone to close the gates.  That was a lovely bonus.

We could see the marina from the locks and the entrance was the best marina entrance we've seen.  It has a huge, wide indent from the canal and the narrow gap into the basin is lined with the nice rubbery bumper stuff that they also had a Aqueduct Marina.

We had asked to be over by the facilities block rather than on the visitor moorings by the little temporary office.  We'd also asked for power.  There was a few quid on the meter so we didn't even need to buy a card.  Bonus!  They've allocated us a pair of berths side by side as nb Winton's Folly will be coming in for one night on Sunday.

We got our washing under way straight away.  By the end of the day we'd washed mats, linen, towels and all but the mats were dry and put away.

In the afternoon we had a visit from Roly and Bev from nb Klara.  They were moored not all that much further along on the B&W Canal and they had their van with them.  We last saw them at Hawkesbury Junction back in April.  We had a lovely catch up and heard all about their exciting plans for a repaint of nb Klara.  We arranged to meet up again in a few days when we pass where they are currently moored.  Great to see you both! 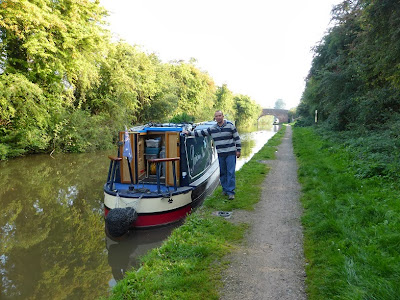 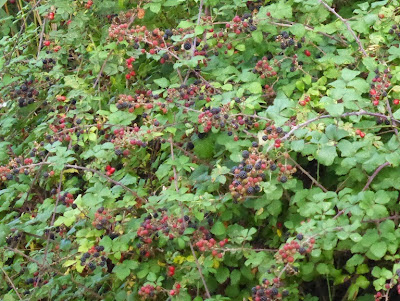 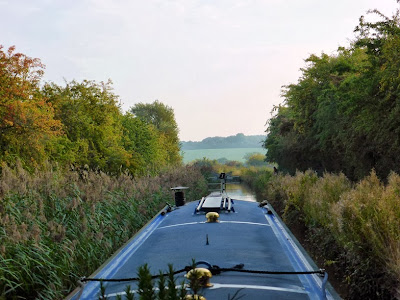 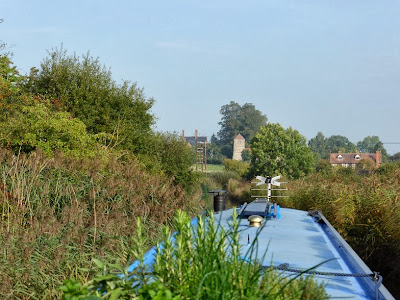 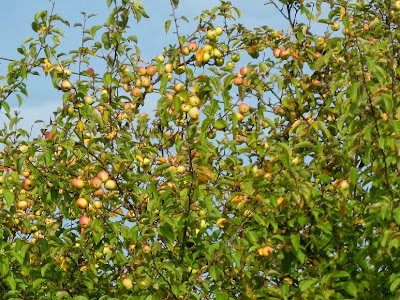 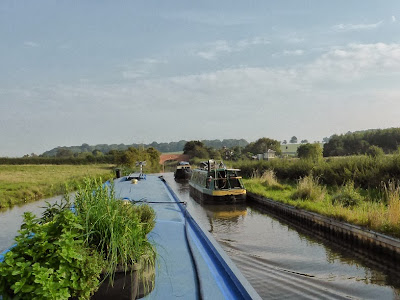 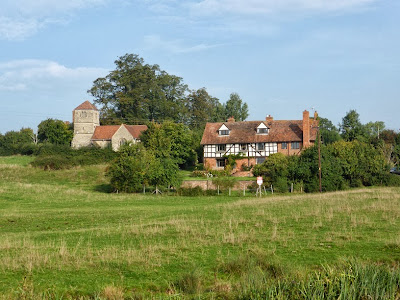 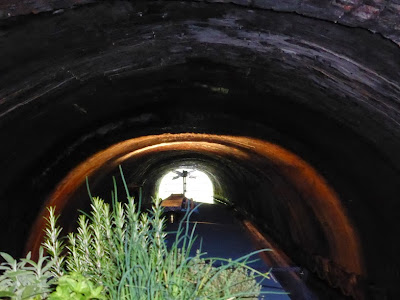 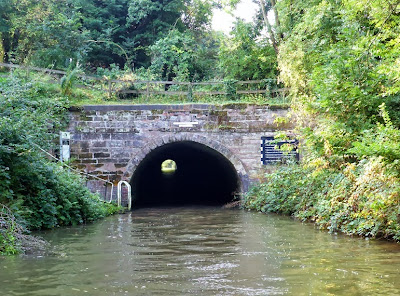 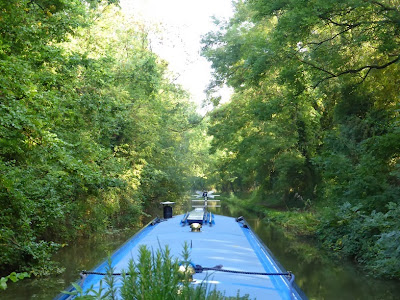 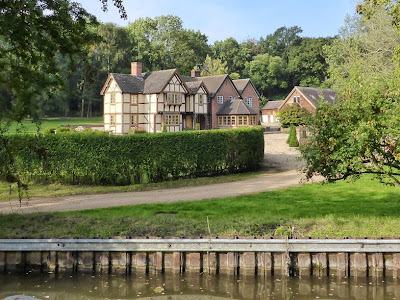 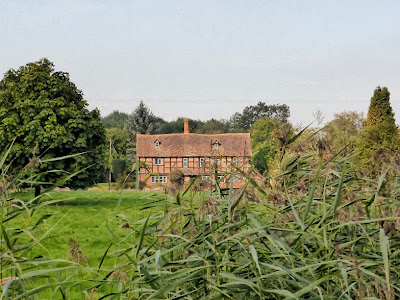 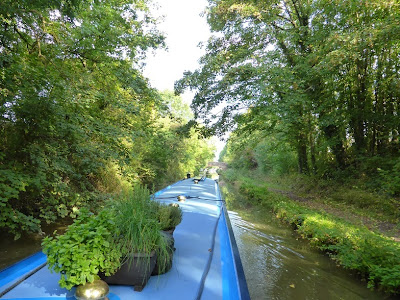 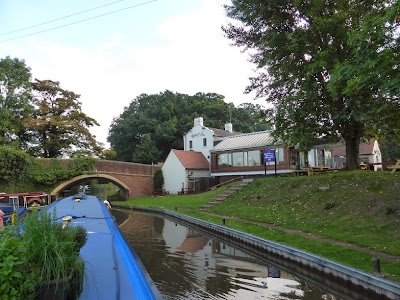 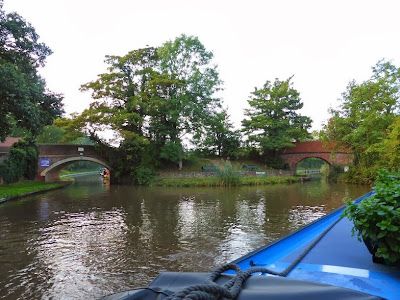 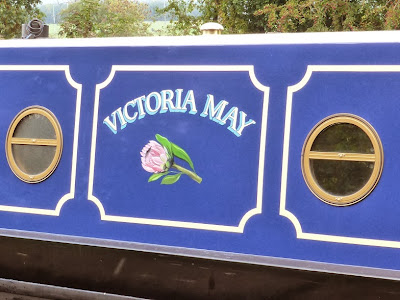 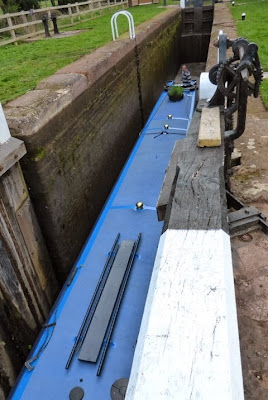 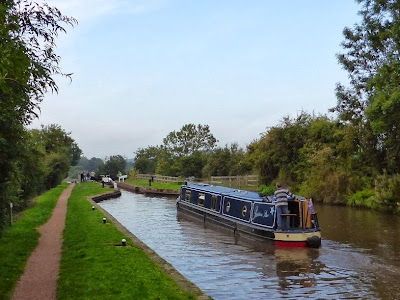 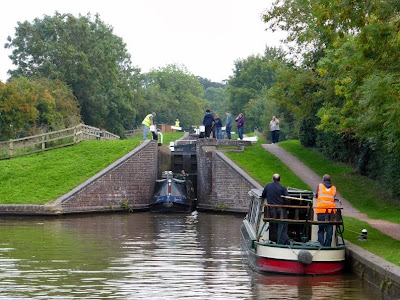 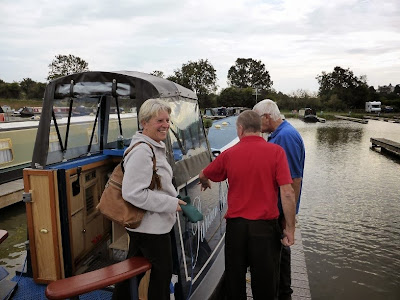 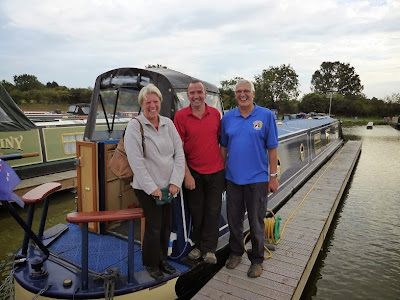 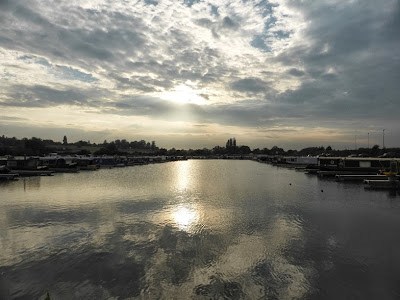