A day in port - Aynho Wharf

There's a bit of an Aussie gathering here at Aynho Wharf.  As well as the hire boaters we met briefly yesterday, there is also an Aussie couple on the boat that moored behind us.   They're on the boat belonging to the English couple with them.  The Aussie lady raced inside to grab her Aussie cap when she saw us. 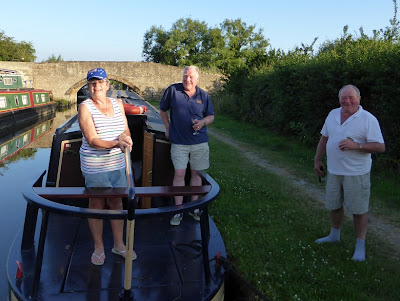 Last night we met Jim and Joan at The Great Western by the wharf for dinner.  It's a nice pub with lots of railway memorabilia.  We laughed a lot and had an enjoyable meal.  Nick, the Aussie fellow who Mick rescued earlier came up to buy Mick a drink as thanks.  We had a brief chat with he and his wife, Helen.  After dinner we returned to our boat with Jim and Joan to chat some more.  The laughing turned to giggling for one of our party.... no names mentioned. 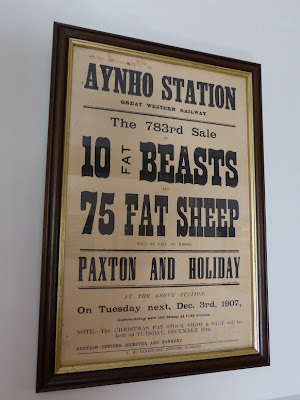 We made sure we were organised early this morning so we'd be ready to walk over the bridge to collect our groceries from the Ocado driver when he arrived.  We spied the van as he drove into the carpark and all was well with lugging the bags back over the bridge to the boat.

Mick had made contact with an old friend of his mum's from years back.  Will had been away on holiday and said he'd call us this morning to arrange to meet up.  He arrived at 11am and we had coffee and a chat before heading off to his place about half an hour away.  Bit of a treat for us to have a day out in a car and to have lunch at someone's house!  We loved Will's place, an old gate-keepers cottage for the railways.  The trains do still go by but the road by the house leads only to a couple of other properties.  He has a stunning garden which we enjoyed wandering around in.  We met Will's partner and had a delicious lunch. 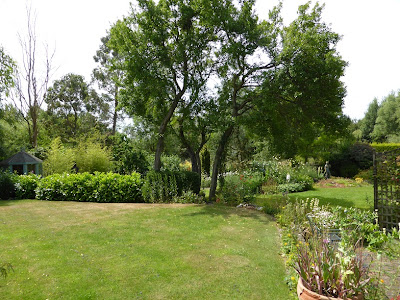 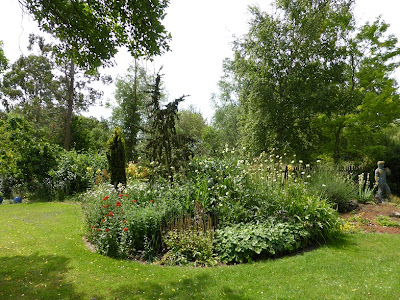 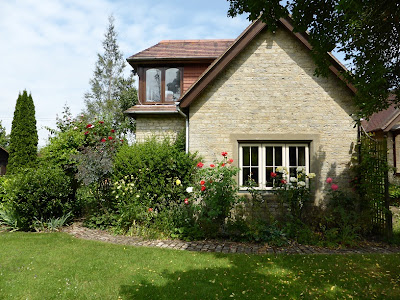 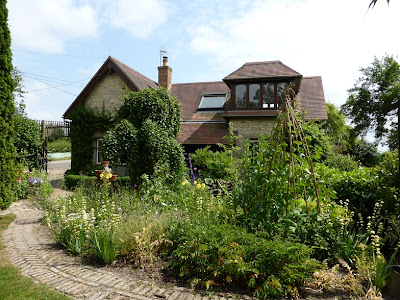 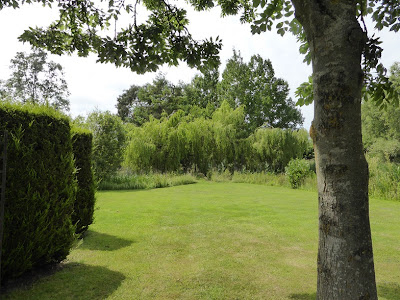 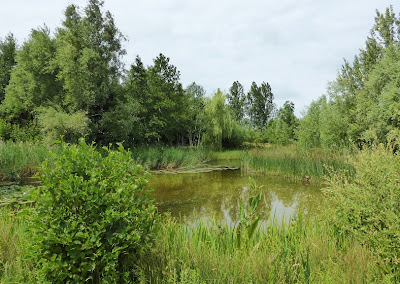 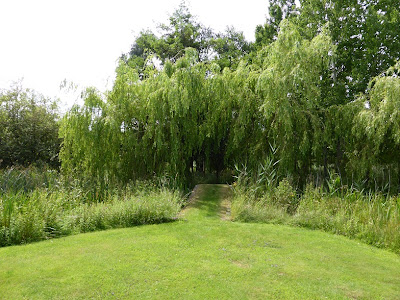 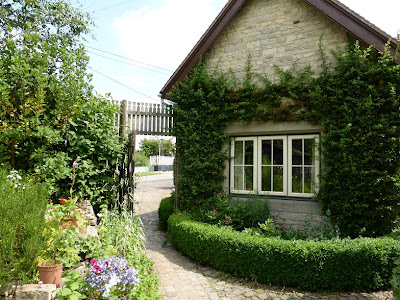 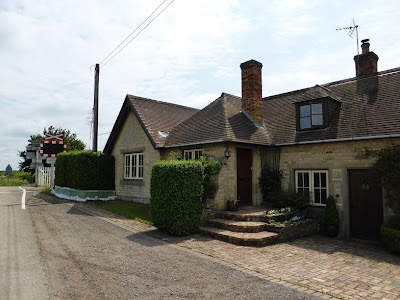 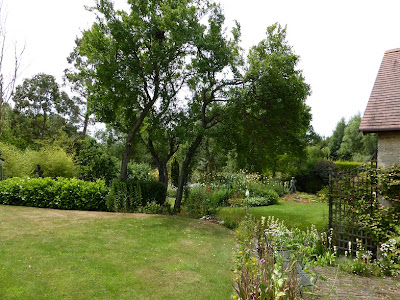 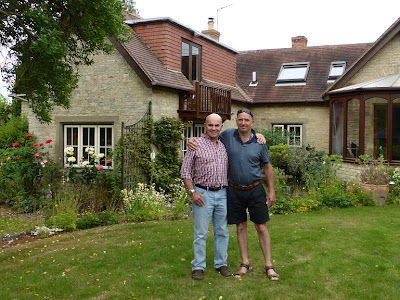 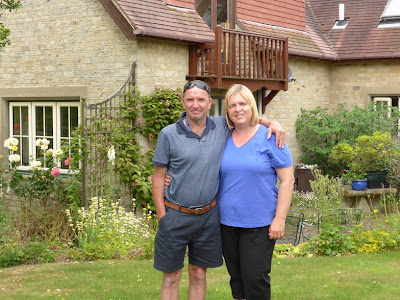 After lunch he took us for a drive around some nearby villages and towns.  As we drove down the road he saw a fellow on a bicycle and stopped to chat.  It turns out it was Eric, another fellow who knew Mick's mum!  So now we're planning to meet up with them again on the weekend. 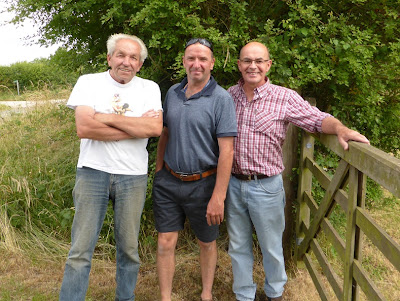 We drove to Brill which has an old windmill at the edge of the village.  The village is perched on a hill and there were stunning views all round.  Then to Thames where we stopped for a walk around town.  I was thrilled to stumble upon a patchwork quilt shop so grabbed a few pieces of fabric for my quilt. 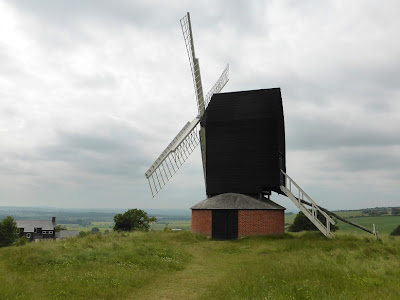 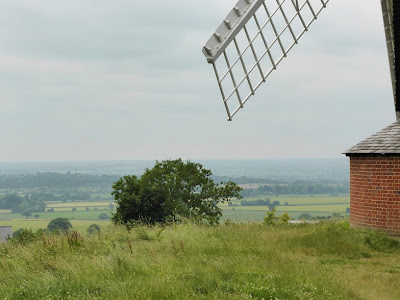 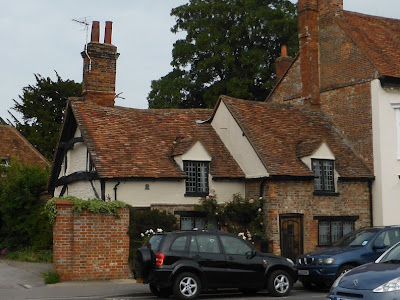 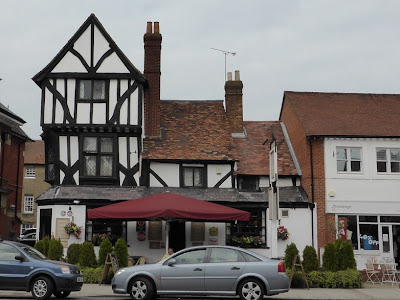 On the way back to Aynho Wharf we drove through Deddington and as soon as we reached the village Mick and I both said at the same time "We've been here!".... and so we have.  In 2010 we drove through and visited some of the antique stores there.  Will came in for a last coffee be we said farewell and he left us to it.  It was a great day out. 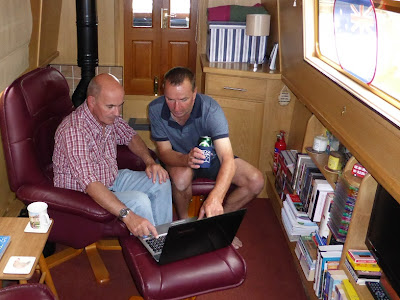