A day in port - Fenny Compton

A peaceful night at Fenny Compton with not a spare mooring space in sight.  The hire boats were off early, with one of them giving us a whollop.  A lady walking down the towpath who we've chatted to a week or so ago was complaining bitterly about a hire boat hitting them hard as they came into Fenny this morning.  Sounds like the same one.

Our groceries arrived bang on 9am.  It's a very convenient spot for a morning delivery as we could walk across the pub beer garden to their carpark.  The Ocado driver actually came and knocked on our window.  I think some of them find it a bit of a novelty to deliver to a boat.  We were down to not much left so the groceries are welcome.  I did have one small bag of new potatoes with use by date being tomorrow but they've all turned into a mushy mess already.  This seems to happen often and makes it a bit difficult when we aren't coming across supermarkets as often.

With a shorter boat gone from behind us and about three boats gone from ahead of us we ended up with a boat mooring up ahead and leaving a space between that was good for nothing.  I heard voices outside while Mick was out and the folk on the passing boat were discussing whether to ask us to move and let them in.  I went forward to look out the cratch and talk to them but they were moving so fast that I missed them and they were gone.

Not long after another boat arrived looking for mooring and by then the only available space was the short one behind us.  This time the voice was Barry's.  They were lucky to get a mooring at all.  The Wharf Inn have a nice shady beer garden so they all traipsed off down the towpath.

Mick had walked down the road to Lee Sanitation to get some spare parts for the loo.  He wanted to replace the carbon filter on the loo tank.  We were glad to have that job sorted as when he removed the old one it all but disintegrated.

The day was hot and sunny.  It wasn't pleasant to be sitting at the dinette and working but I had work to do.  The forecast is predicting rain and thunder storms so we'll soon be complaining about the rain!  We've had two little families visiting throughout the day.  Firstly a mother duck with about 8 ducklings.  We've also had a swan family with four youngsters.

This evening it started.  The first drops of rain arrived and we've heard thunder for the first time since arriving in the UK. 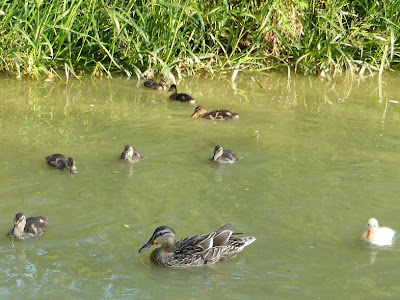 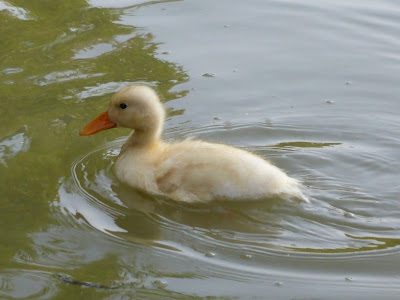 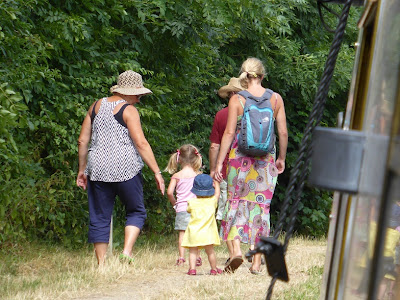 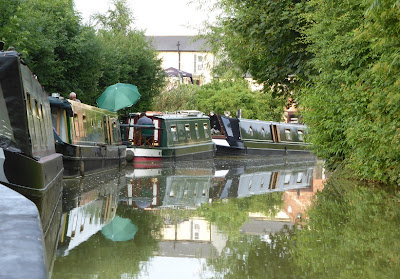 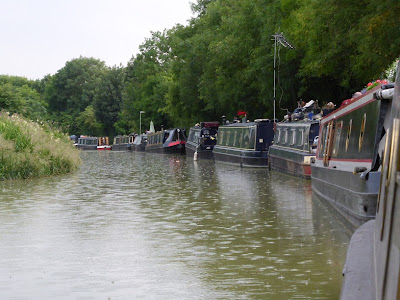 I am really enjoying your S. Oxford posts. Terrific pictures! Today was sure hot wasn't it? Bring on the rain!!
JaqX

Jaq, yes it was hot! Bit hard to deal with on a narrowboat. Cooler now its rained overnight but I suspect we are in for some humidity.
Elly xx