We were in need of water and a load of washing.  Our goal for the day was Fenny Compton and it appeared in our guide that the water point was beyond the visitor moorings.  We decided we'd reverse early in the morning back to the water point at Cropredy so we'd have water to spend a couple of days at Fenny.  That would involve getting past nb Winton's Folly, through a narrowing, between two moored boats and under a bridge.  We set off about 7.15am... first having to untie the bow of nb Winton's Folly as they were sharing our mooring ring and only starting the engine once we'd pushed the boat into the centre of the canal.  We gently and slowly edged our way back, trying to be as quiet as possible.  When we got back to the mooring for breakfast at 7.45, Carol popped her head out their bow door asking if we were going to get water!

In honour of the expected arrival of two little grand-daughters today for a visit, Barry had given me permission to return the dastardly parrot to it's rightful owner.  I strung him up with a noose in their cratch.  An hour or so lately we had Carol excitedly playing parrot outside our galley window. 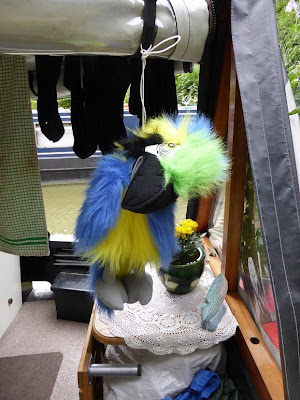 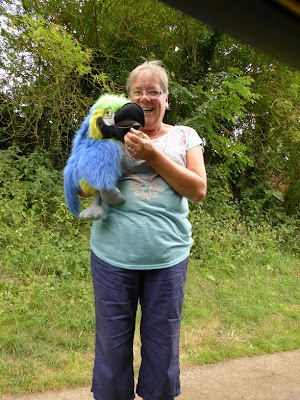 We moved on just after 9am with nine locks ahead of us today.  Barry came up to assist us through the lock and we were on our way.  Passing the Cropredy Marina we could see the water level had risen since our walk the other day.  I think they must have only just started the water filling when we were there.  Now there was a shallow level of water in the entire basin. 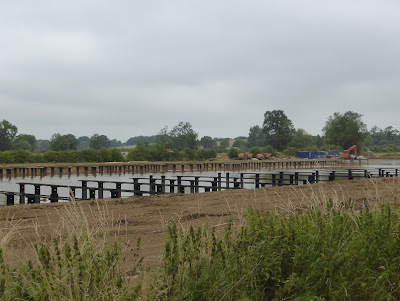 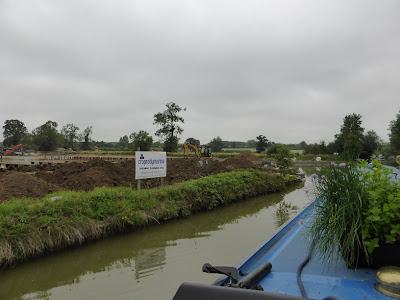 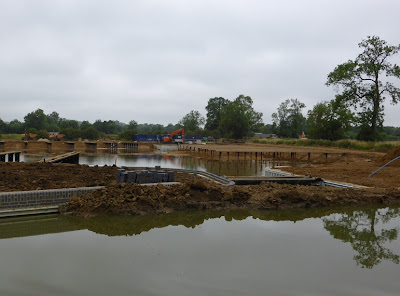 There were some lovely moorings above and below the 5 locks at Claydon.  We'd been told while we were at the water point that the pound between the second and third of these locks was completely dry early this morning.  There was water in it when we passed but it was low, and so were the others.  We saw a property for sale at the top lock.  We had a chat with the owner, bought some eggs fresh from the chicken and some veg.  The property was old workshops, one of which has been converted into a residence.  It had a nice little garden with a good vegie patch. 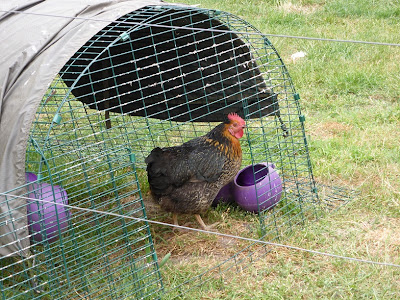 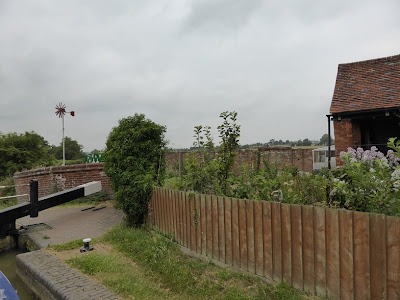 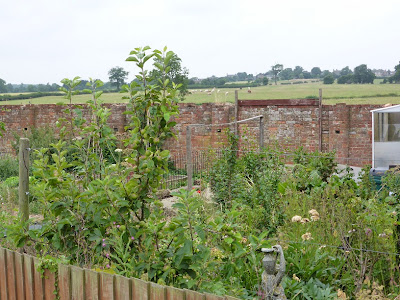 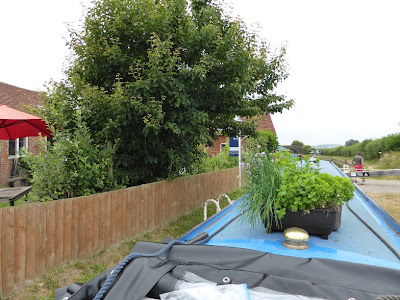 After the locks comes what used to be the Fenny Compton Tunnel.  The top was removed in the 1800's and now it's just a very narrow mile or so.  It was a bit strange cruising through such a narrow stretch.  We did pass one boat but it was, thankfully, at a spot that had a little space to move to the side.  Just.  The water was lower than usual as you could see where the water line had been.  I wonder what happened with that lock pound? 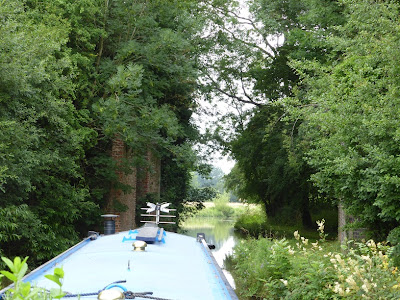 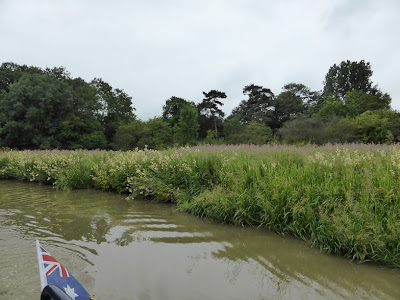 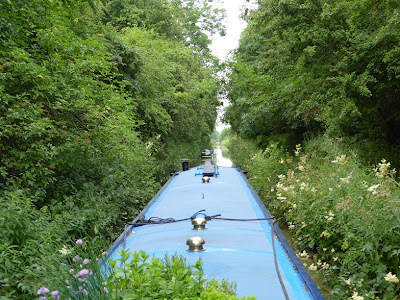 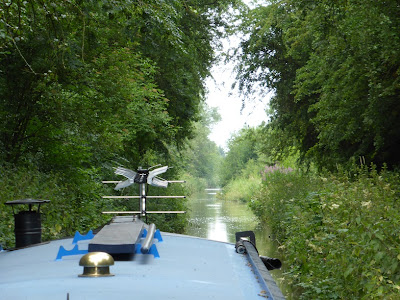 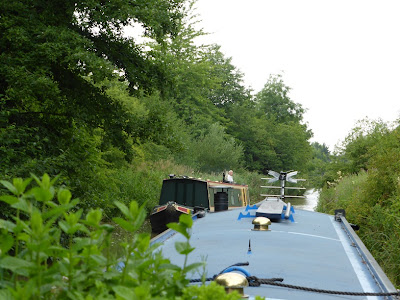 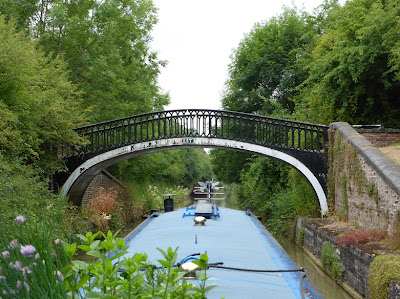 On reaching Fenny Compton it appeared we might be in a spot of bother with mooring.  There was half a space before and after a boat we'd seen back at Cropredy.  There was nobody on the boat.  Just as we lurked there in the middle of the canal deciding what to do, some people came walking down the towpath.  What luck that it was the owners of that boat who gladly moved it back so we could fit in.

I immediately put in a grocery order with Ocado for tomorrow morning.  We're down to almost nothing in the fridge.  We had lunch at The Wharf Inn beside the canal so the few leftovers in the fridge will do our tea.
Posted by Elly and Mick at 02:23