It wasn't a peaceful sleep at Lower Heyford.  The boat actually shook from the freight trains roaring by.  It wasn't even light when the first one went past this morning so that means before about 4am.  We were looking forward to the day ahead and meeting up with Jim and Joan on nb Two Jays.

We made a stop for a wander around Upper Heyford which had pretty thatched stone cottages.  Back on the boat we passed lovely scenery with poppies making regular appearances.  Mick even found his ideal "Grand Designs" barn. 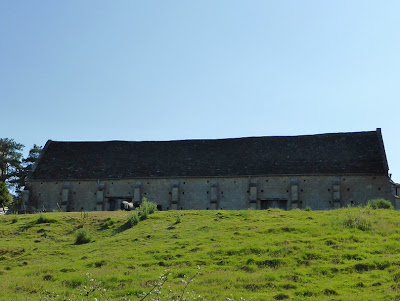 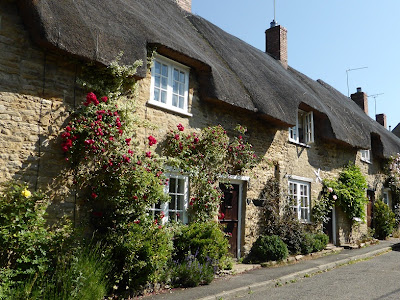 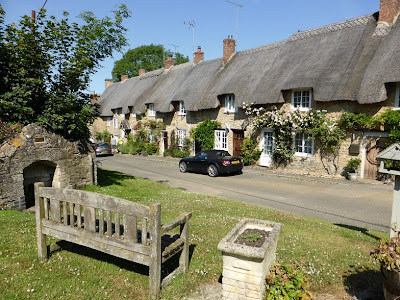 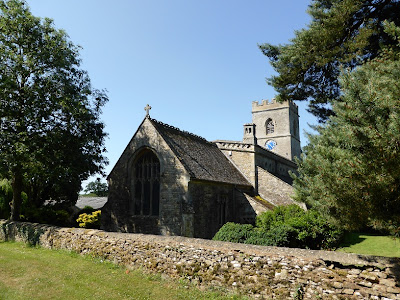 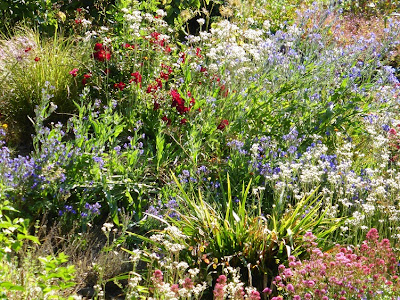 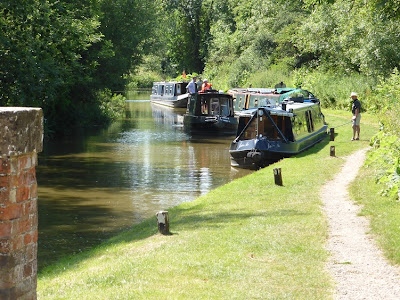 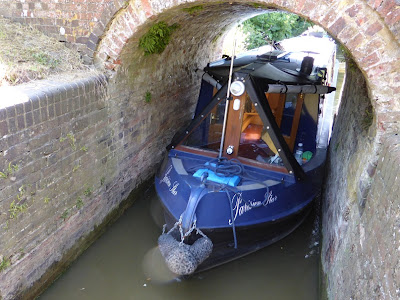 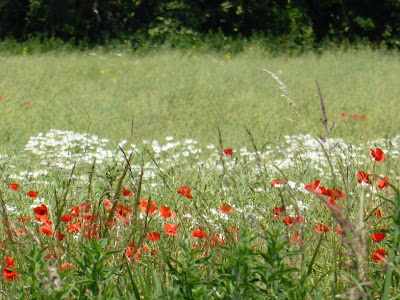 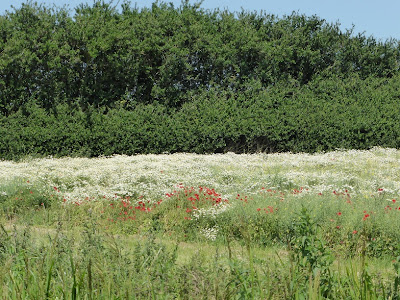 We did our 300th lock today!  And, to top it off that lock was a real doozy.  It was Somerton Deep Lock which has a rise of 12 feet or 3.66 metres.  At the lock before, the folk we chatted to had said to make sure Mick gets off the boat at this lock as the gate is incredibly heavy and the lady crew member had been totally unable to move it.  We'd argued good naturedly about wanting to be the one getting off the boat at each of the first two locks so Mick was happy to get his turn.  I stood there happy enough waiting for the gate to open but when it did I wanted to go and tell him to come back and let me battle the gate!

There is a low bridge immediately before the lock, as there had been at the lock before, and I was worried I'd take paint off the edge of the roof going in.  I must be getting better at this because I breezed into the lock.  We were being followed by a short boat with about 6 people onboard.  One of them was a strange fellow who Mick began calling "The Captain" when we chatted between locks.  He was rather bossy with his crew.  I had hoped I wouldn't make a bad job of the entry into the lock in front of the The Captain so it was a big sigh of relief.  Mick said The Captain even commented that I'd handled it well.  Phew! 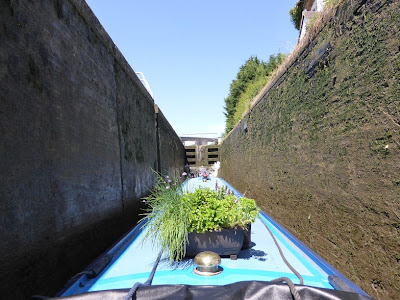 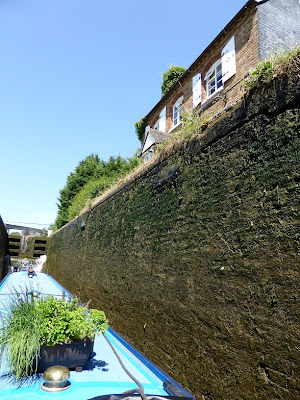 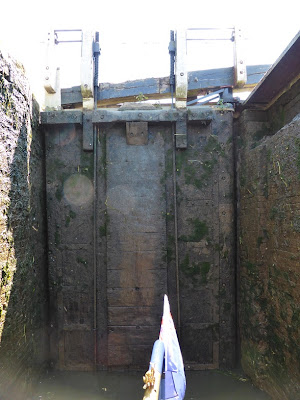 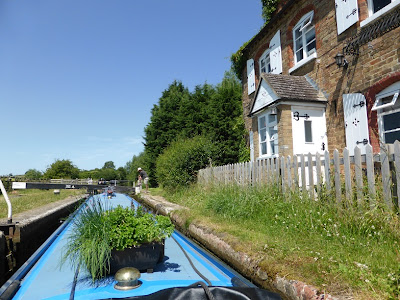 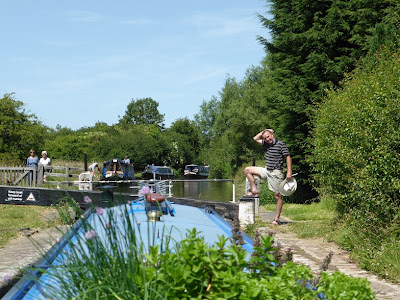 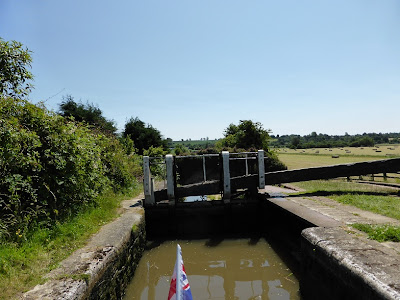 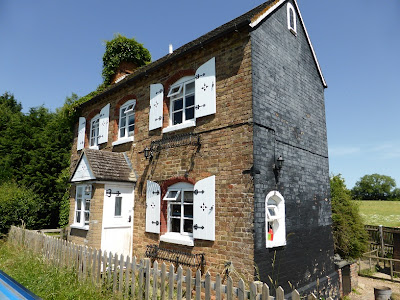 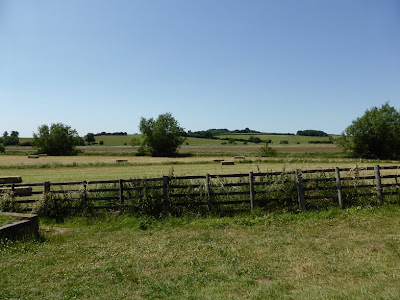 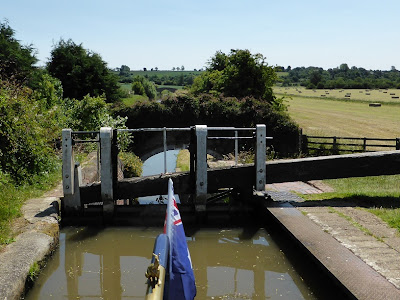 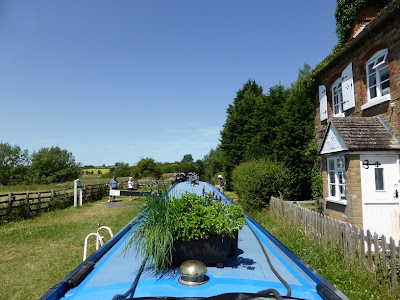 It was a bit of a daunting thing being in a lock so deep.   When the paddles were opened the incoming water forced the boat back hard and then sucked it toward the front gate with some force.  As the water fills the lock and the boat rises, it's daunting all over again to think that one lock gate is holding back the weight of all that water plus our boat.  It's a very long way down.  Very nice lock cottage.

We arrived at Aynho Wharf to see Jim standing on the back of his boat in the distance.  Joan came rushing out to wave too.  The moorings were hard work.  Jim and Joan were moored before the bridge but there was nothing left there.  The only available space after the bridge was short by about 4 feet.  Try as we might we couldn't get in that spot.  We did some fancy footwork at Lower Heyford and managed to squeeze into a very tight space but not this time.  Some boaters walking past said there was space further ahead against the overgrown edge so we had no choice but to move on.  We didn't need the plank but it was a close call. 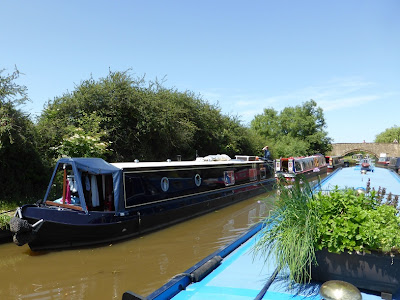 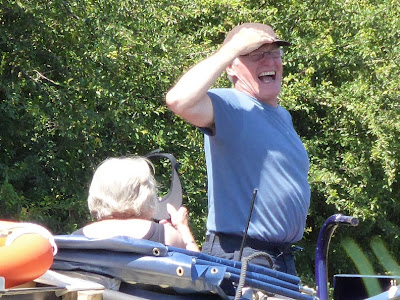 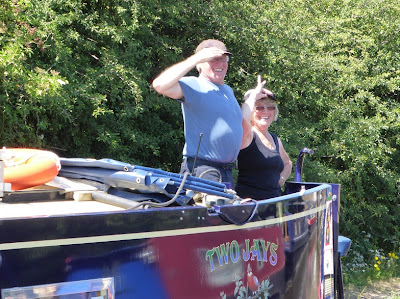 Jim and Joan said to come back to them for a drink.  First I went with Joan to check out the carpark options for a grocery delivery tomorrow.  We said to Mick to meet us at nb Two Jays when he'd locked up.  Somehow Mick misunderstood (or just didn't listen!) and thought we were coming back for him.  So, I ended up having a drink with Jim and Joan on my own.  After an hour or so I headed back so I could order the groceries to find Mick sitting there waiting patiently for me.  We're meeting them for dinner at the pub before too long so it doesn't matter.

On my way back to the boat I noticed a couple of boats had moved off.  Now there was a vacant mooring near the bridge.  We decided we'd back up to it.  It's another thing Mick is no longer afraid of doing so off we went.  There was a bit of a rush to take down the aerial as we went under a tree and it donged me on the forehead. We were glad we moved.  We have a good spot for people watching and nearer to the carpark for the groceries.

While we sat filling in time before dinner a voice called out through the cratch asking if we'd help a fellow Aussie.  They were a Melbourne couple on a hire boat and their mallet had broken and they couldn't hammer their pins in.  Mick lent them ours and then took tools down to fix theirs.  He also guided them to the spot where he'd cleared the nettle when we had been moored there. 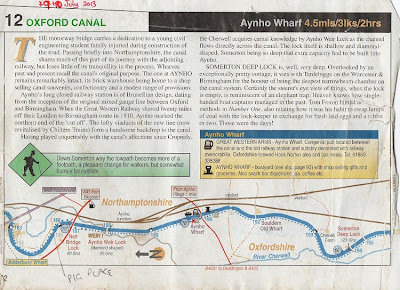