No internet at all while we were at Lower Heyford.  And, between the two boats we have 5 mobile phone providers and the only one with any signal at all was a weak signal for O2 on my phone. 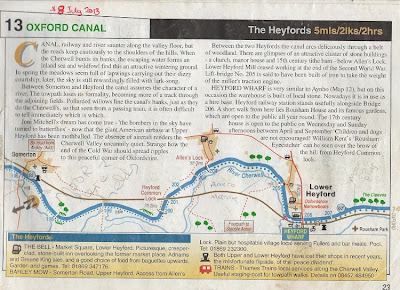 The mooring at the top of Pigeon Lock was just gorgeous.  We had a peaceful night and a lovely scent wafting in from a bush beside the boat.  I don’t know what it was… can anyone help?  I'd also love to know what the huge leaf plants are we're seeing along the canal. 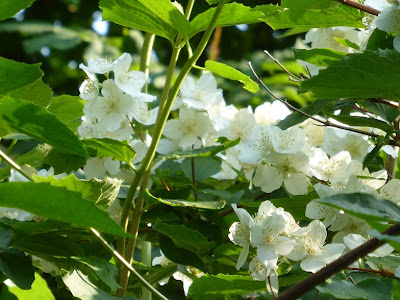 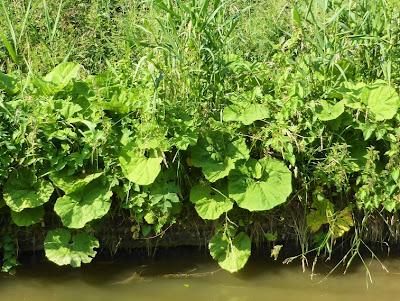 We wove our away along the Oxford through trees and shrubs and reeds and flowers.  It was so pretty!  It was also quite narrow and winding.  We chatted with folk at the locks and tootled along feeling very relaxed.  The day wasn’t quite as warm as yesterday and that helped.  There was a cool breeze which was very pleasant. 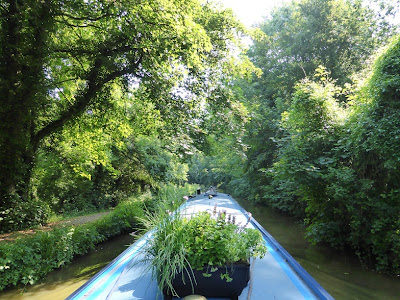 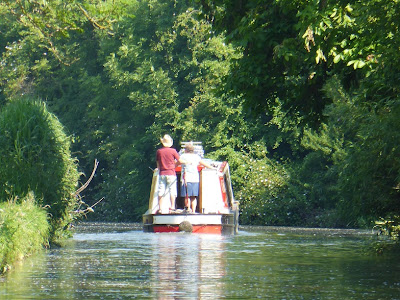 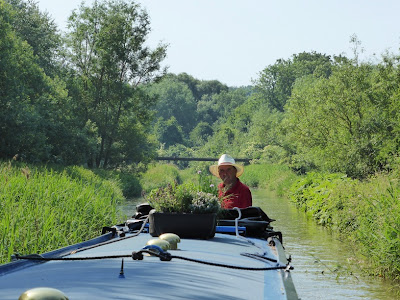 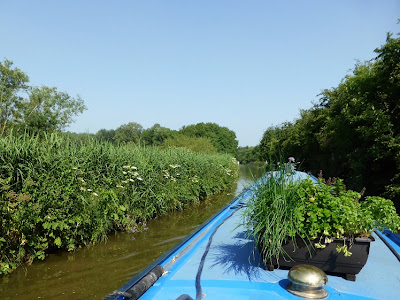 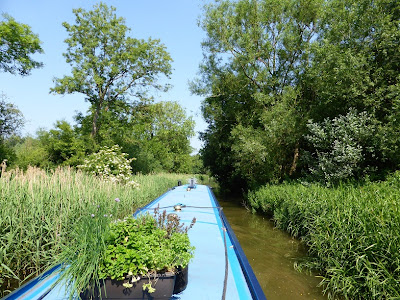 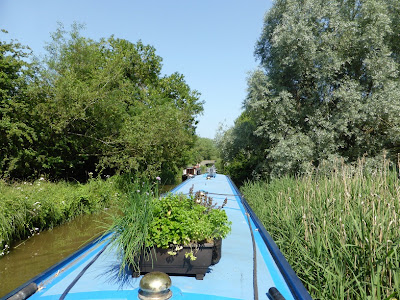 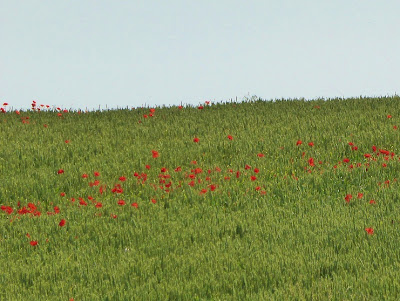 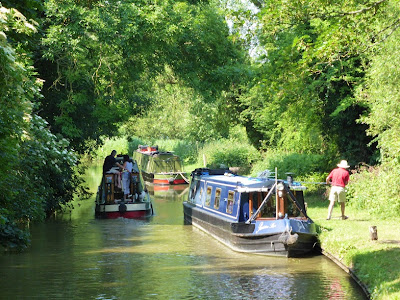 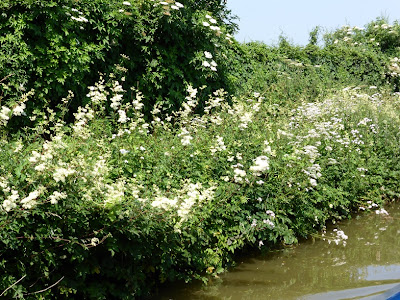 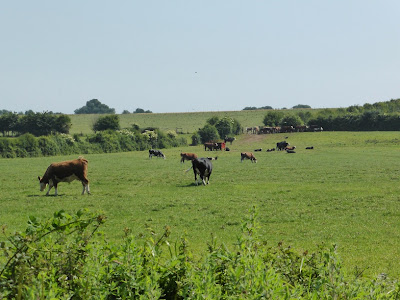 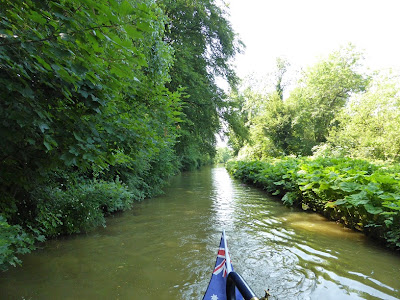 We were making our way to Lower Heyford wharf.  Barry and Carol had booked in for an engine service and to check out a minor oil leak.  We took the opportunity to have our stern gland re-packed……….…. Drip……….... Drip…….… Drip….. Drip…. Drip.. Drip. Drip. Drip.  It had been dripping slightly faster of late so it was best dealt with.  The engineer at Lower Heyford had asked if he could start the work at 5pm to avoid being cooped up in the bowels of a steel boat in the beating sun.  Can’t say I blame him.

On reaching Lower Heyford we found a couple of nice mooring… sun for them… shade for us.  It was lunchtime so we had the afternoon to fill in.  I had thought I’d get some work done but there was no internet.  Zero.  They only reception of any sort we could get between the two boats was on my O2 mobile.  The rest… nothing.   So, instead we went for a walk around the village.  It’s full of pretty stone cottages and plenty of thatched roofs. 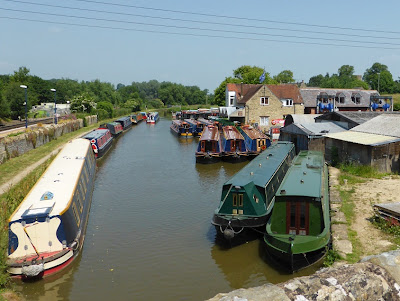 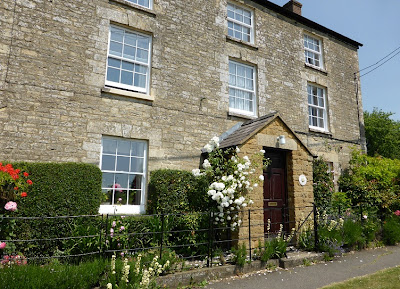 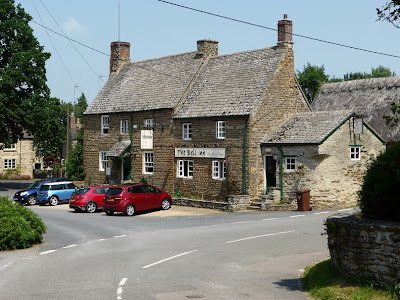 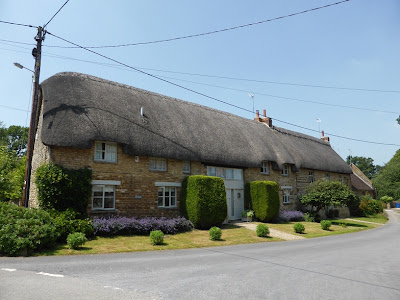 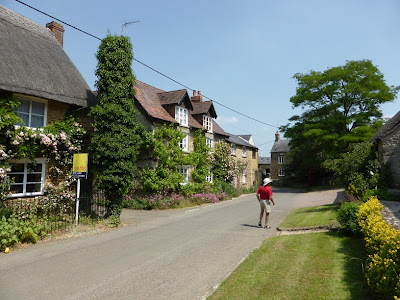 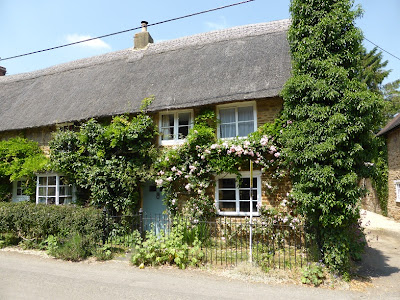 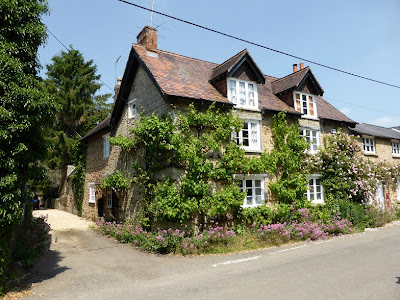 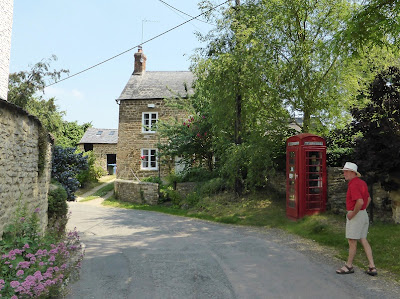 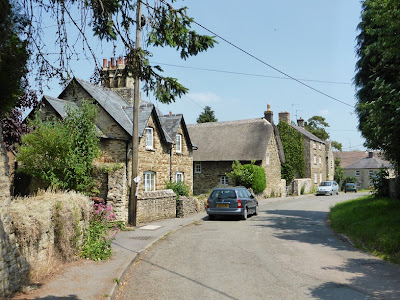 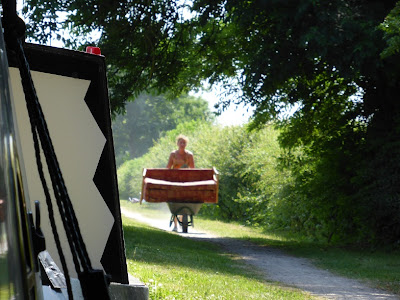 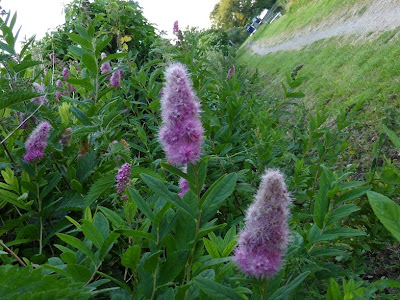 About 4pm we moved up to the water point to top up.  Then it was down to the wharf where we lined up like sardines beside a couple of hire boats.  In typical “canal time” style, although we’d called twice last week asking for an estimate of the cost of having the stern gland done, nobody had called us back.  I went into the office to ask and there was a bit of muddled confusion.  The boss had gone home, the girl at the desk was fed up with being the “middle man” and not being able to answer people’s queries because nobody gave her the answers, the engineer had no idea of what they charged for anything as he just did the work.  Then they realized that by the time he’d finished our work there would be nobody in the office to do an invoice and take money.  Oh dear.  Eventually they sorted themselves out, told us what it would cost (50 quid) and worked out a way to give us an invoice after hours.   They were all lovely folk but what is it about anything “narrowboat” that seems to cause this? 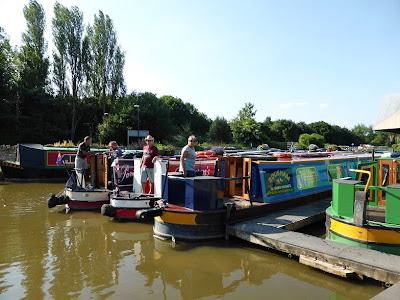 The job was done in under an hour, I had a peek at one of their hire boats, we sat and had a chat, I gave Carol the 50 quid to pay for the work, and we moved off to moor up on the canal beyond while the engineer got started on the engine work on nb Winton’s Folly.  It was 6.30pm by then.

Just as we were untying the ropes that had us neatly beside nb Winton’s Folly, my mobile phone rang.  I wasn’t able to answer it at the time but we called back later.  It was Jim and Joan from nb Two Jays…. our Aston Marina buddies.  They are moored in Banbury so not all that far from us.  We cooked up a plan for dinner tomorrow night.  We’re really looking forward to seeing them.  Mick hasn’t seen them since before he left to go home to Australia in February.

Then Mick rang an old friend of his mum’s.  Will lives near Oxford and arrived home today from an overseas visit.  We’d hoped to meet up with him while we were nearby so we’ll do that on Wednesday.  Goodness, what a social life!

So we spent the night alongside the railway line just beyond the wharf with the boat rattling as long freight trains roared by.  nb Winton's Folly spent the night locked in the compound of the wharf.  The parts for their repair won't arrive until Wednesday.  It was rather comical to have to try and attract their attention from the opposite side of the canal (they have no mobile phone reception at all) to tell them we'll move on in the morning and catch them up later.  Luckily Carol glanced out the window and saw me. 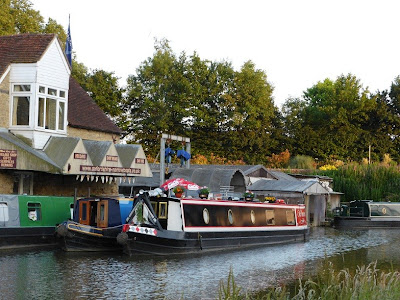 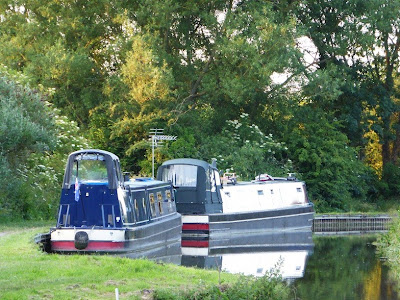 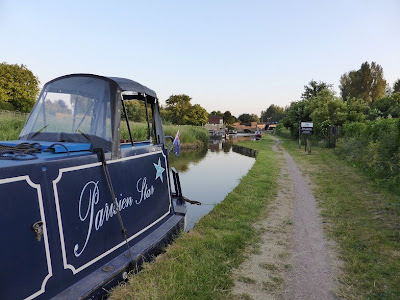