First stop for the day was Bidford Boats for a pumpout.  It's a bonus being on a river and being able to turn around to face the right direction so someone doesn't have to hang over the side of the boat to get the job done.  We breasted up to their day boat.  When Barry and Carol saw us heading back towards them to turn again before the bridge they prepared for the off. 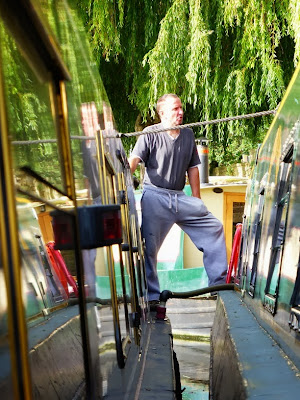 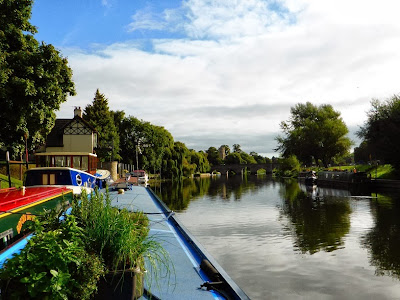 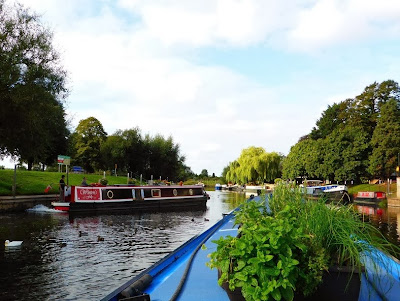 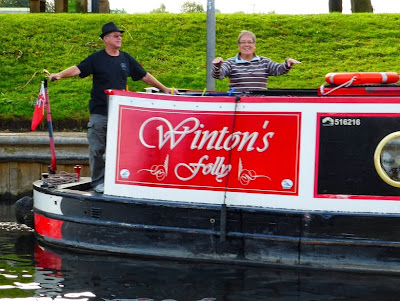 There were just three locks to our destination and there were quite nice locations with moorings at the locks.  Offenham Lock had Elsan facilities so while Barry and Carol did their chores I went in search of a handful of blackberries for my breakfast.  No success.  It would have been a nice place for overnight but the lock before.... Harvington Lock.... had even nicer moorings. 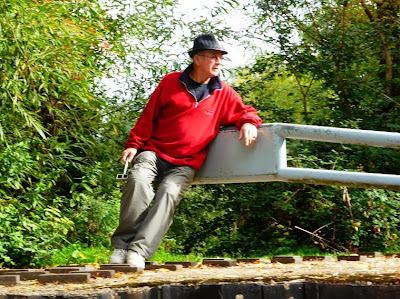 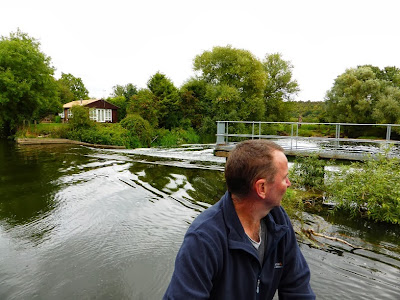 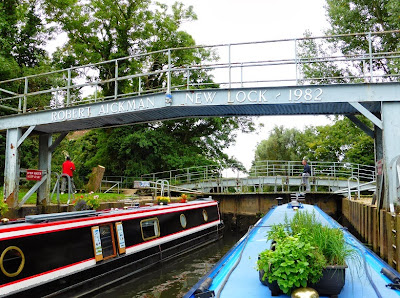 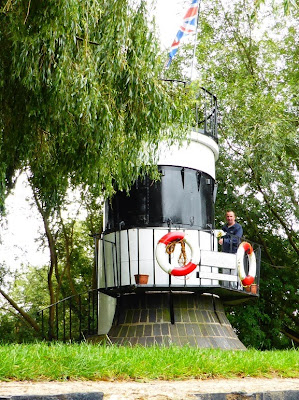 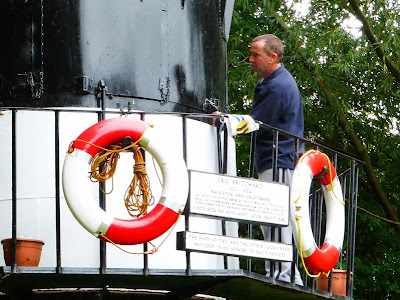 We noticed a couple of locks had mention of an old mill beside them but the one we did spot was so overgrown you couldn't see a thing of the building underneath. 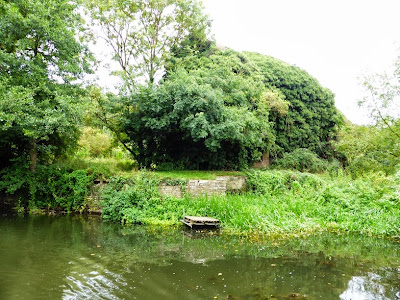 We stopped at Evesham Marina for diesel and had a lovely chat with the fellow there.  He warned us not to moor down along the gardens as there have been incidents lately with foreign youths getting into the grog along there and tampering with moored boats.  There were markers in the marina showing the water level of the floods over the years but the fellow pointed out that the 2007 level wasn't on a marker - it was above the roof of the building on their wharf.  Any wonder we'd seen such tall mooring poles! 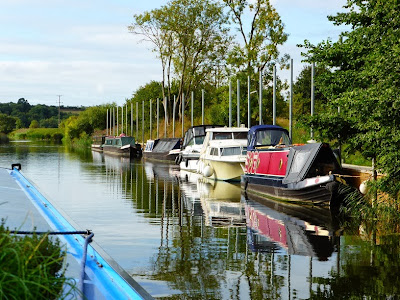 We've heard several stories of narrowboats being stranded after floods on the Avon so I had a look for some photos. (photos from : Dave Hamster on Flickr, nb Hyskeir, nb Sanserriffe) 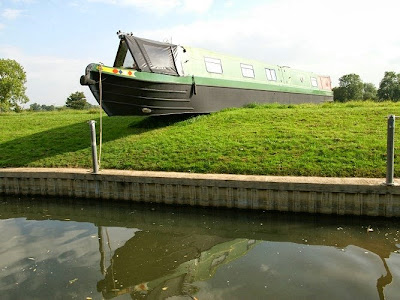 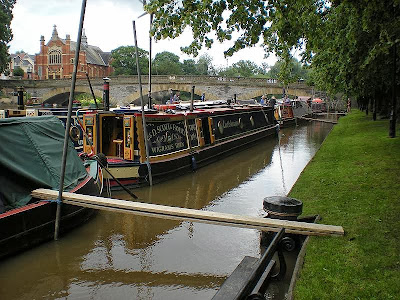 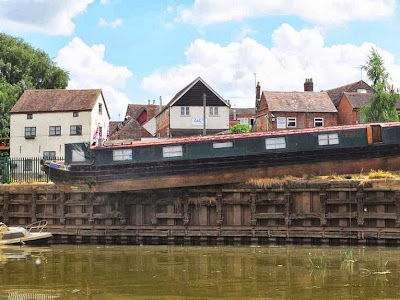 We had already decided this morning that we'd make for the moorings immediately before Evesham Lock and that's where we found nb Winton's Folly after we'd finished at Evesham Marina.  It's isn't the prettiest mooring spot but still convenient for town.

We headed into the town centre for a browse.  There are some lovely buildings but there's a slight air of decline.  The shopping centre had half the shops empty.  Such a shame in a town that's quite pretty and with lovely river frontage.  Even more of a shame is the warnings about the moorings.  What a fabulous long stretch of mooring beside parkland and with a view of the bridge.  There was what looked like a trip boat in the centre and one lonely narrowboat hightailing it out of there.  It can't have been there long - an hour at most.  The drinkers were there, just as we'd been warned.  I wonder if this is a new problem as I did a quick search of other boaters' blogs and it seems they've moored along that stretch without a problem.  Although, the couple I looked at had moored there in much colder weather.

So we're tucked up by the lock overlooking the weir and some static transportable homes in a van park.  Nice view of the lock.  Oh.... and I found some blackberries. 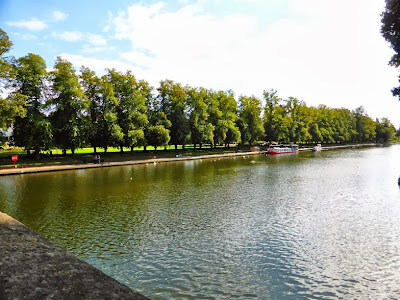 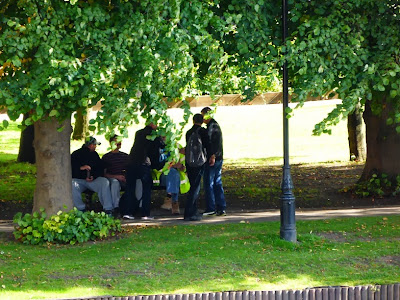 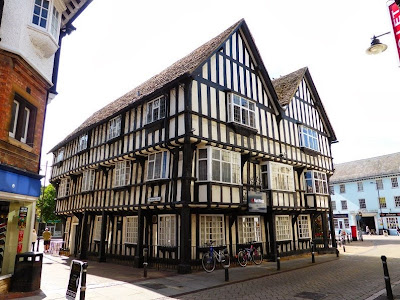 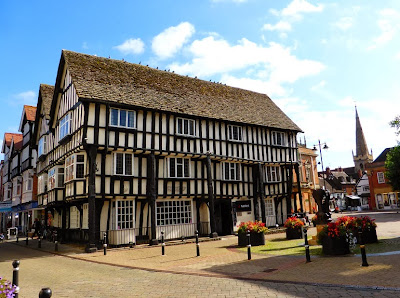 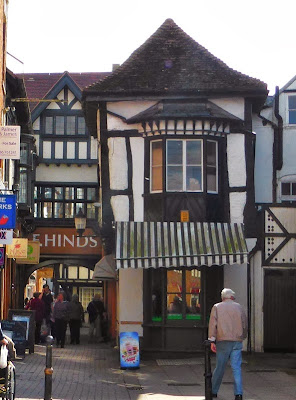 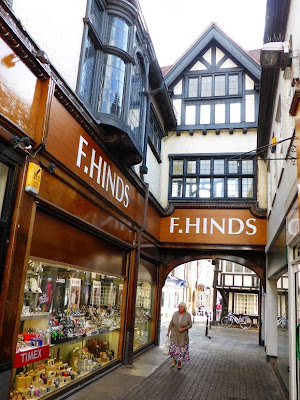 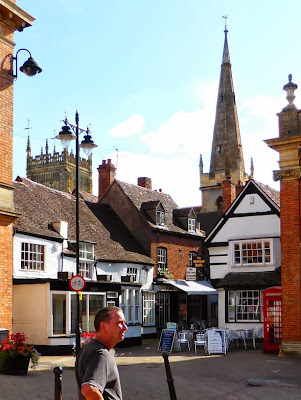 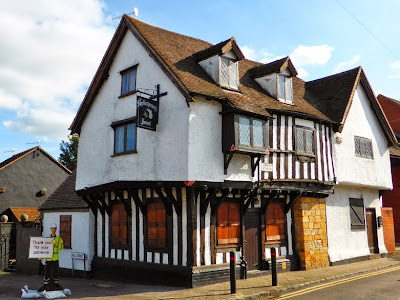 Hi, moored along there in Eversham, there were a few drinkers, they actually came and talked for an hour and said NZers are the best, LOL, had no problems....

Hi Ray,
There's been plenty of folk not had a problem but with the marina saying there's been a few lately and a hire boat heading towards us saying they'd had trouble we just thought it better to avoid it.
Maybe we could have just painted our white stars red and taken a chance!
Elly :)