A day in Birmingham


It was a peaceful night in Birmingham and we slept well.  In fact Mick didn't want to get out of bed this morning!  I don't think he's run so much since he was about 12 and he's paying for it today.  We didn't have the bung in the porthole on the canal side and the reflection of the water rippled across the wall in circles.  Each light in the apartment block opposite bouncing off the water and through the porthole.

We went to walk around Birmingham late morning and started off along the towpath to have a look at Gas St Basin.  We saw the "Away2" service boat so had a chat with the fellow to arrange an engine service for next week.  We stumbled upon an international food fair in Victoria Square which has just begun for the long weekend.  After a bit more walking we went back to have some lunch there.  Mick's quite enjoying Birmingham and I must say it's a totally different experience to being moored at Little Venice in London.  We're right in the thick of things here and the canals are part of the city rather than tucked away out of sight like they are in London.  There's more trip boats and restaurant boats here than London too.

There are fantastic buildings in Birmingham at both ends of the scale.  In the centre the public buildings are grand and impressive and then along the canals are some fabulous old brick buildings that make you feel you've stepped back in time. 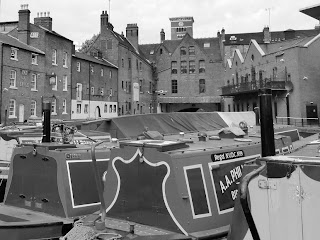 In the afternoon I did some work and Mick wandered the towpath some more.   We do have lots of curious passing walkers.  Twice I've startled someone crouching down to peer through our kitchen window (the only one that we don't have the blind closed on the towpath side).  They don't expect someone to suddenly come into view and one lady began madly apologizing through the open window when I walked up to the sink to rinse a glass.  I much prefer to be moored on the right hand side of the canal as we are now.  We can have the side hatch wide open and the only people who look in are those on passing boats.  It just doesn't feel so bad somehow when it's other boaters.

We're one crew member down with Carol out of action for a few days.  Being on a 48hr mooring we've decided we'll cruise off to Alvechurch and back to fill in a few days.  Our Aussie visitors will be here Monday week so we'll come back into Birmingham to meet them.  There are 14 day moorings just beyond the bridge but there is only space for about 7 or 8 boats and with one spot filled with a boat sporting a penalty notice, and two other boats moored so they have half a space either end of them, I don't like our chances of getting a spot there.  We figure if we come back when the long weekend is over we might be lucky. 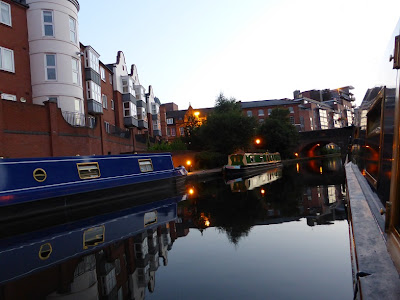 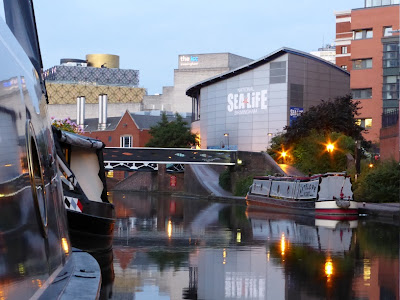 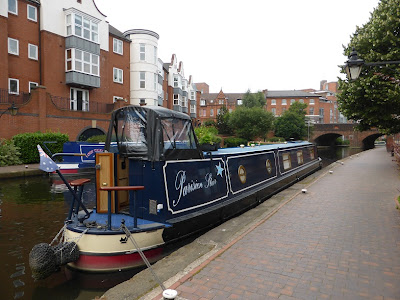 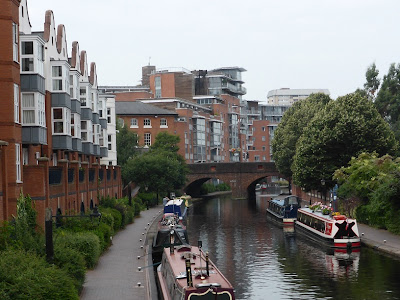 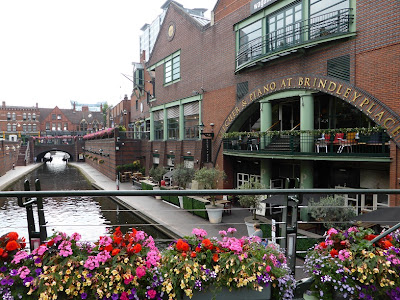 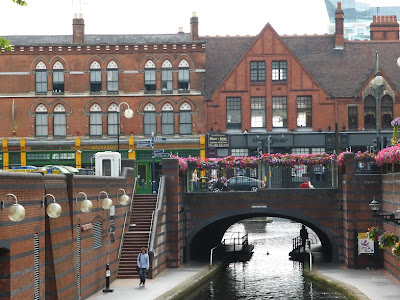 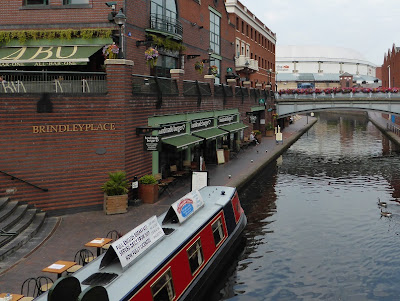 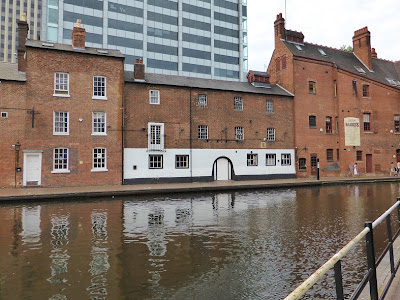 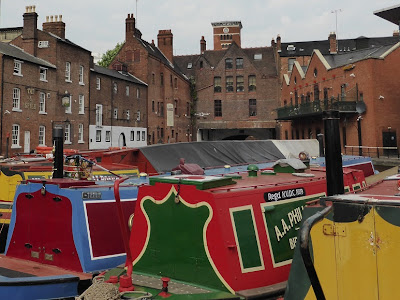 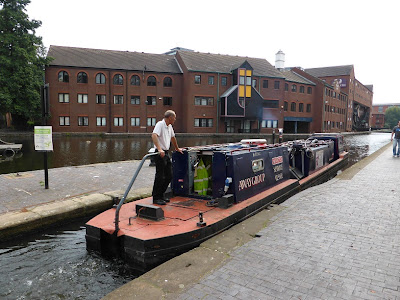 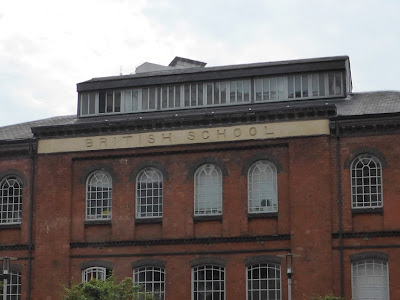 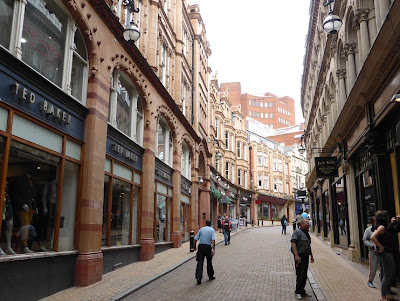 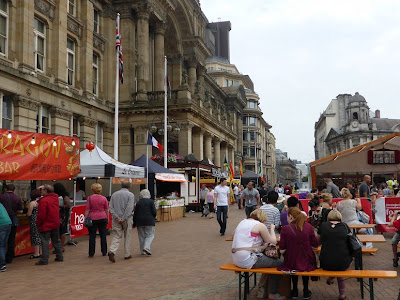 Black country museum on the dudley canal is well worth a visit if you have time. We really like birmingham too.

It's on our list Diane. We will be coming back through Birmingham after a visit to Stratford on Avon and have it planned for then.
Elly

Moorings on the other side are better, less footfall. Hopwood moorings are good on the Way to Alvechurch, shortly after the tunnel.

The 14 day moorings aren't very safe. We moored there last year along with 4 other boats and all of us had all our moorings ropes cut during the night. The police came out and advised against mooring there as there's a huge council estate just round the corner - it has one of the highest crime rates in the country. You're best sticking around the NEC area as there's lots of CCTV and security guards. We absolutely LOVE Birmingham and have been lots of times. Hopw you are both well
X Yvonne & Roger

Andy, thanks. We moored at Hopwood last night.

Yvonne, thanks for letting us know. We're giving Cambrian Wharf a go. Hopefully it'll be ok here. Watch this space!