I forgot to mention yesterday that while I was off trying to find Sainsbury's by "The Moorings", I missed catching up with John and Fiona on nb Epiphany.  They were the first bloggers we encountered once we had left the marina on our boat back in October.  Such a shame to have missed them but Mick had a chat.  They took a couple of photos : 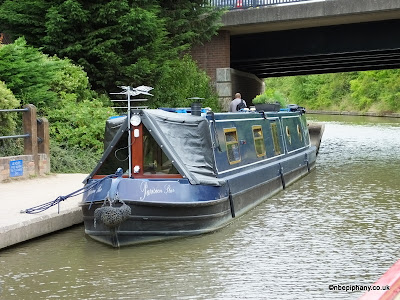 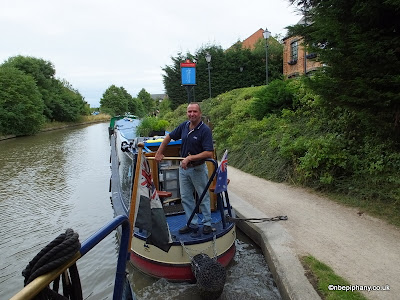 We had a peaceful night moored in the arm and would definitely recommend it.  Last night Mick was gazing out the rear hatch and mentioned that the boat immediately behind us... which is tied up with a couple of other boats and all three obviously unoccupied... had coal bags stacked to one side of the roof.  We know of a boat that does this and I suddenly recalled that Jim and Joan from nb Two Jays had said they were leaving their boat here for a few days while they were off somewhere else. We'll look forward to a catch up on Friday when they return. 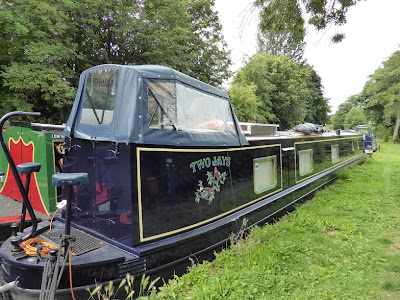 We went for a wander into Warwick.  How convenient the town is to this mooring and the Sainsbury's supermarket is even closer.  We haven't had a good look around Warwick before and now wish we had.  It's a really lovely town.  In fact, I think I prefer it to Leamington Spa. With work to do today I didn't look in many shops but I'll go back tomorrow morning for round two.

I spied a sign pointing down a walkway for a hairdresser.... no appointment necessary.  I've been looking out for one the last few weeks without much success.  So now I have a shorter haircut again. 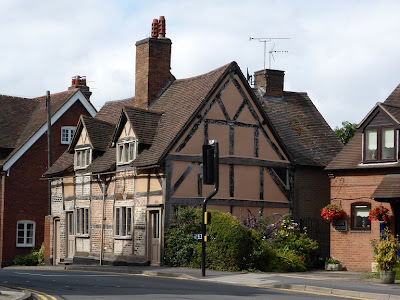 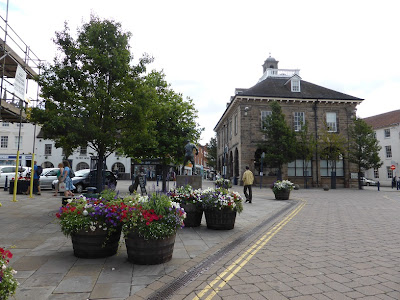 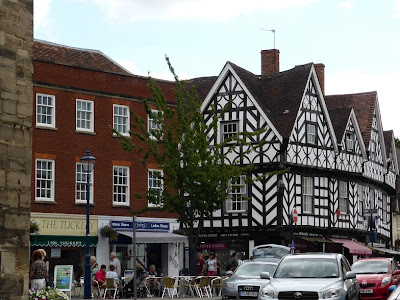 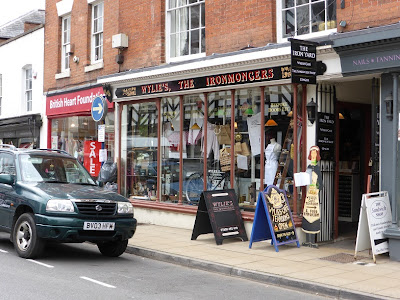 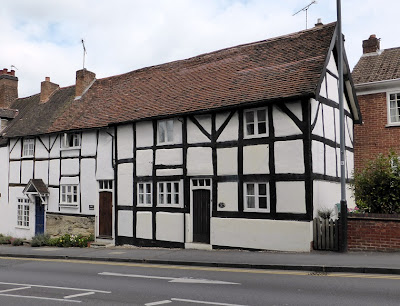 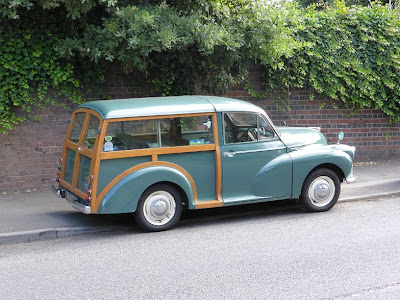 Barry said he was heading this way so we arranged for him to ring when he reached the two locks on the way and Mick would walk down and help him through the locks as he's not got his "lockie" with him this week.  I came back to the boat and it wasn't all that long later than I spied the familiar bow of a boat coming around the bend.  I walked up to watch.  To moor at the end of the arm you have to turn the boat in the winding hole halfway down... which actually has a short boat moored in it... and then reverse the rest of the way down past the other moored boats. Mick said to me yesterday that if someone had told him to do this last October he would have said "No thanks" and moored out on the canal! 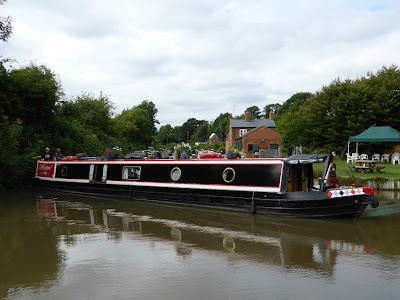 You must visit Wylies Tea Rooms. Lovely food and setting. 2 Jays were moored behind us at Lidl for a while. Didn't see them to chat. Enjoy Warwick
Fi