Another early morning after another very average sleep.  The bed needs replacing in this apartment!  We're both waking up with a sore back and a sore neck.  We made the most of being awake early and went walking on the beach.  There's nothing like the sound of waves on a beach.  By the time we were coming back there were quite a few others on the beach, including some life guards doing some training.

We went driving today.  First to have a chat with the architectural salvage dealer we met on the way to Tenby.  He had a new load of stuff come in and it was fascinating to look around.  Mick was in heaven.  He had some flat cast iron baking things for making Welsh cakes.  I'm going to have to get the recipe.  We bought some in Morrisons but I'm sure they won't be as good as home made ones.

It's interesting driving around South West Wales.  The countryside is just spectacular.  The villages are perhaps a little disappointing.  There would once have been lovely stone cottages but the pebble-crete days have destroyed the way the villages now look.  Nearly every house is pebble-crete or painted pebble-crete.  Occasionally there will be a solitary one in it's original stonework and you have a glimpse of how it would once have been.  These houses have been mostly stripped of their lovely original features.  Such a shame.   There are still plenty of original old places as you drive around though.  Driving and looking at the countryside is one of our favourite things to do.

We decided to drive a little further to have a look at a church that has just been bought by a friend and her son.  It's a very nice building with stunning views.  To get there we drove down an impossibly narrow single track road.  It's a bit scary when a car comes towards you too fast.  Somebody must reverse to a wide enough spot to pass by each other.  I think the British are used to this but we have nothing like it in Australia.

On the way back to Tenby we stopped at one of the numerous static caravan (or mobile home) parks to have a look at the old ones that they were selling off.  They are amazingly cheap.  The one we liked best was built in the year 2000, had double glazing, a small second bedroom and was just over £5,000.  To think we paid $8,000, which is about the same price, for our 25 year old caravan at home!  I'm not sure that the parks would be our cup of tea.  The holiday homes are crammed a bit close together.  When we saw how many there were around the outskirts of Tenby it isn't surprising that the population of the town swells from 5,000 in Winter to 50,000 in Summer.

We had such an enjoyable day today! 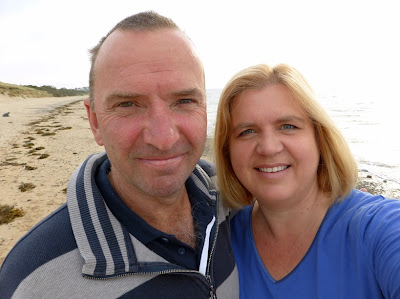 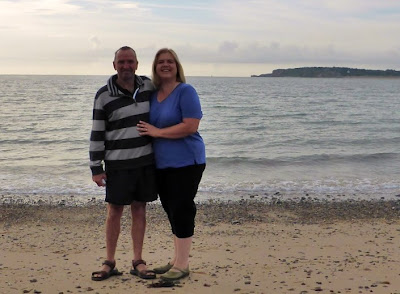 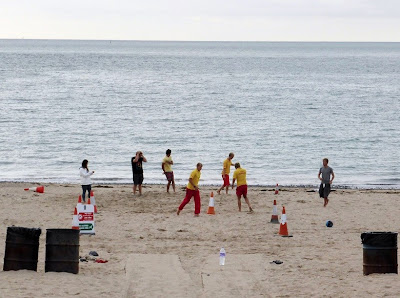 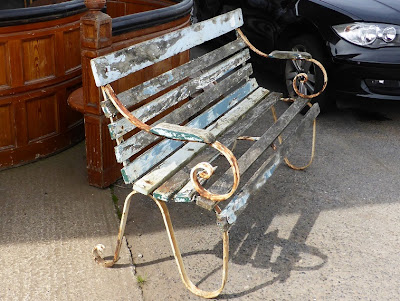 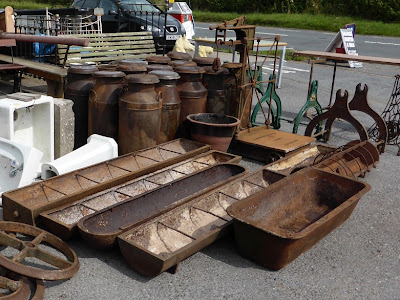 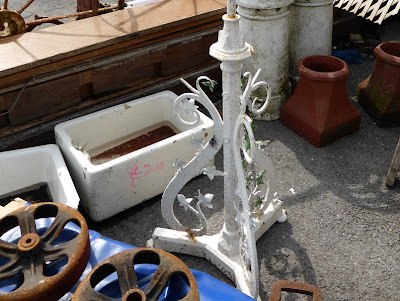 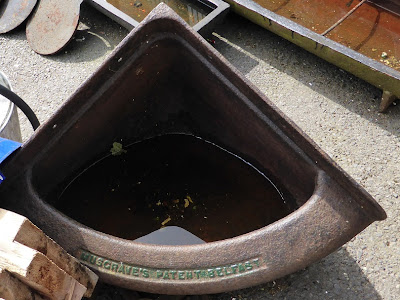 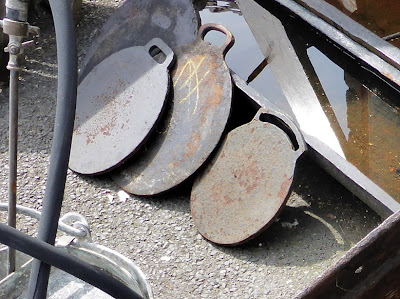 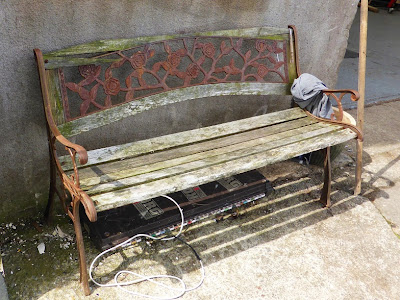 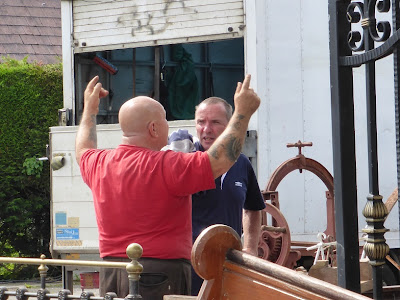 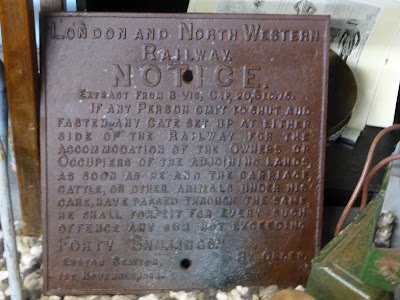 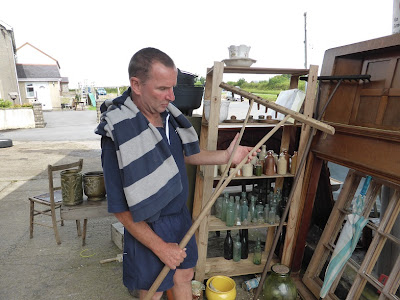 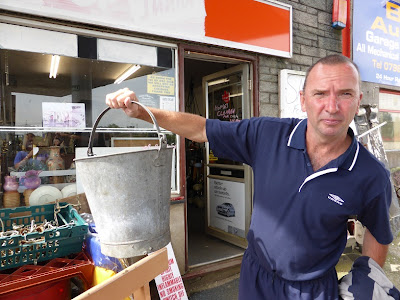 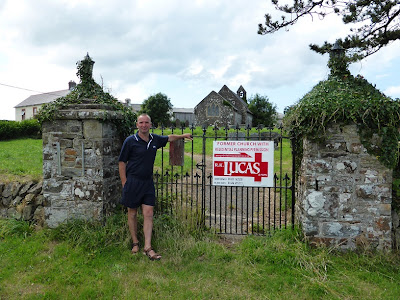 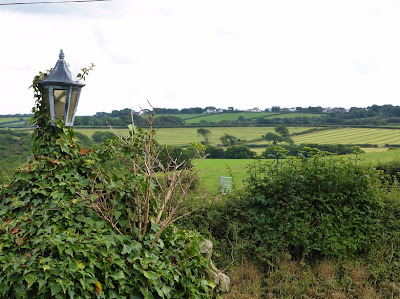 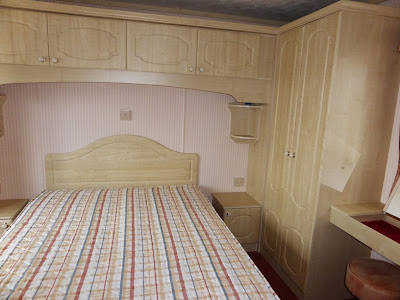 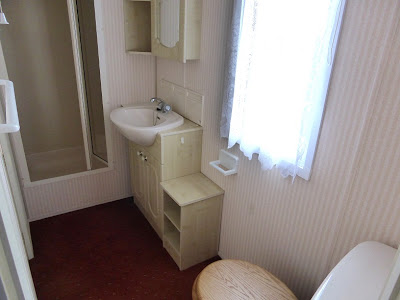 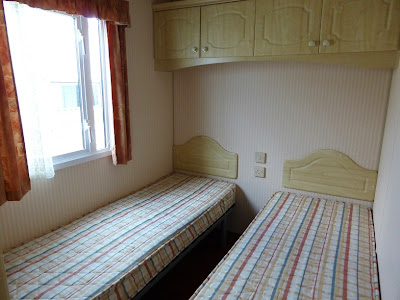 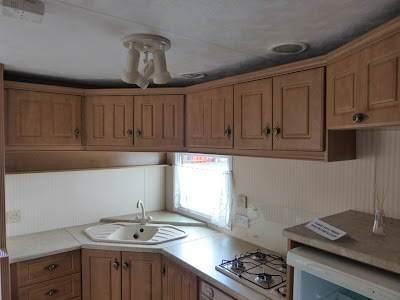 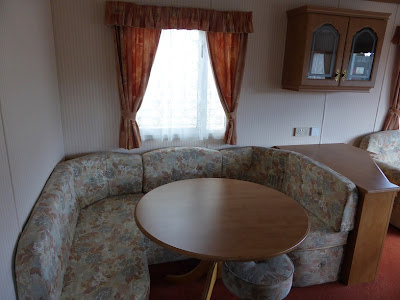 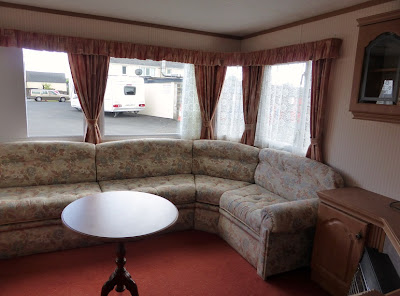 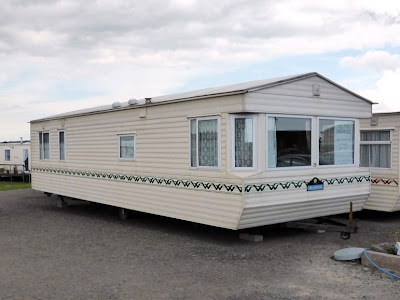 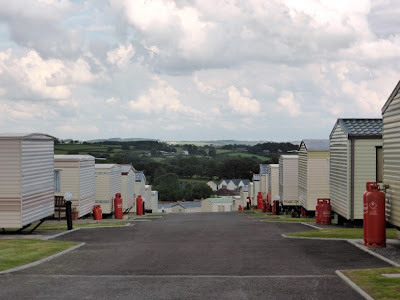 Have been following your last few entries with great interest: both crew members of nb Cleddau' grew up in South Pembrokeshire and return regularly to visit sisters and old haunts! We also had a number of happy years visiting Monmouth regularly. Hope the weather holds out for you and you get more glimpses of the glorious coastline...

Hi Sue,
It was such a lovely place to visit. We'll definitely go back some time. And the weather... it was perfect!
Elly