Just a short hop today.  Lois walked down to meet us at the boat with Tasha, the dog she's minding.  She wasn't sure how Tasha would feel about getting on a boat but she leaped in ahead of Lois!  We chugged along and had a chat before stopping for coffee near a bridge.  Lois and Tasha walked home back the way we'd come and we cruised on a little further.

We moored up in front of nb Winton's Folly beside a nice stretch of concrete so Mick can get out and paint while I work.  Barry and Carol went off to check out Leamington Spa and to book Carol a train ticket to Eastbourne for tomorrow.  She's on babysitting duty for the rest of the week.

After lunch we went for a wander ourselves.  Leamington certainly looks different from down here between the canal and the railway station than it does up on The Parade.  It's like two different towns!  There is none of the grandeur as you near the canal.  We're not far from a bridge and there isn't space for another boat in front.  This evening we've had several fellows urinating against the bridge, people sitting on the steps down from the bridge drinking alcohol and even one that just sat himself down in the middle of the towpath beneath the bridge.  We have our fingers crossed for a peaceful night.... watch this space tomorrow!

Not very good photos of Leamington but we were hurrying because dark clouds were gathering. 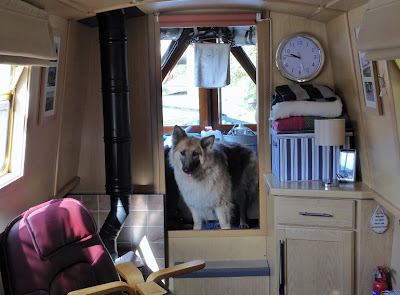 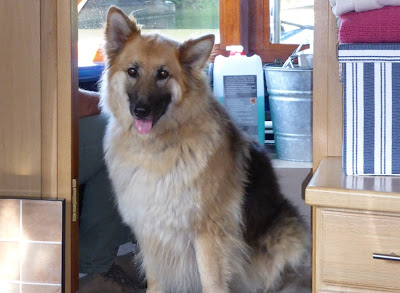 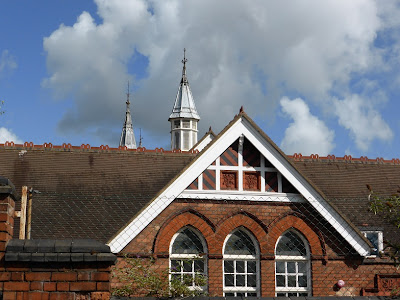 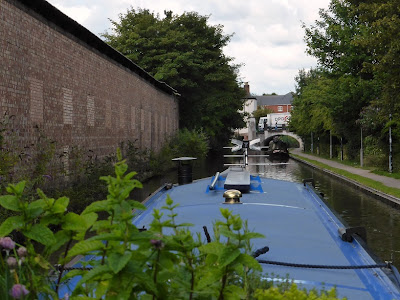 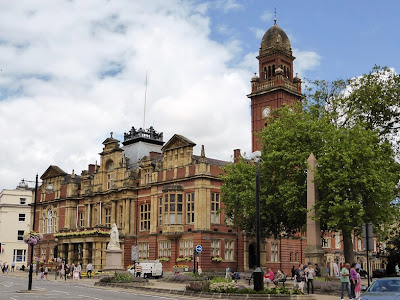 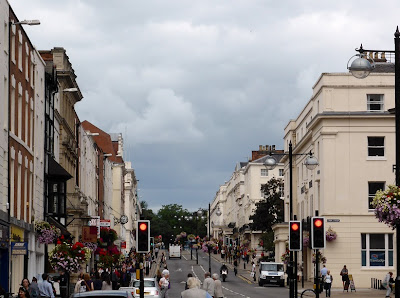 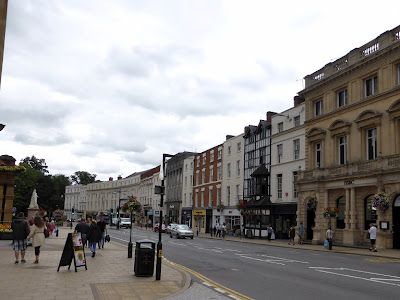 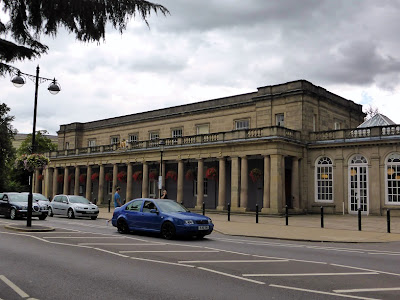 Best place to moor for Warwick is Saltisford Arm. We are here leaving tomorrow morning so if you are lucky you could take our place;) see photo on blog http://nbepiphany.co.uk/2247-expect-the-unexpected First night free £/5 per night after that. Water, elsan, electricity £10 card pay for use.

Thanks Fiona. We agree!!
Elly