It was an overcast day for most of today but not cold.  We had five locks to do to reach our goal : Catherine-de-Barnes.  We'd had a couple of people say we should stop overnight here and then make straight for the centre of Birmingham in one run..... so..... that will be tomorrow.

It was rather windy while we went through the locks.  A couple of the lock paddles were extremely difficult to wind and at about the third one Mick jumped off the boat and told me to steer and he'd work the lock.  That was ok in theory but he and Barry had been doing their synchronized locking and going into the locks at the same time because it was easier than one of them going first and having the wind blow the boat about.  Things were going sort of alright on my first attempt but we were aiming in a direction that looked to me like I was going to ram into the concrete edging on the approach into the lock.  I made what I thought was a small adjustment to straighten up a bit but a gust of wind pushed the boat further than I intended and steered Barry off course.  With the boats pressed tightly against each other I just couldn't fix it.  Oh dear... there was quite a bit of mumbling and grumbling that went on from next door but we survived.  I told Mick I'd rather be winding those paddles and handed him the tiller back! 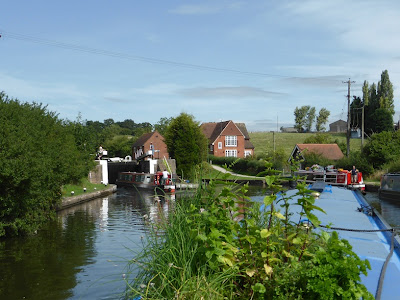 We stopped at ???? Wharf to pump out and from there it was straight on to "Kate" as the old boatmen used to call Catherine-de-Barnes.  We passed a couple of lovely houses again today.  Then, we spied a bright blue flutter that landed on a branch.  I scrambled for my camera but with the boat moving along it was impossible to get a photo in time.  It was the first kingfisher we'd seen. 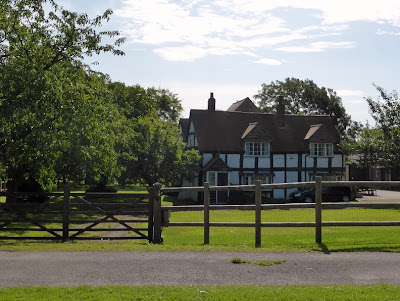 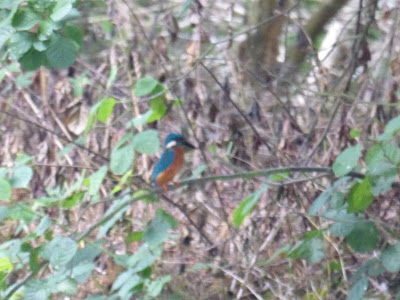 We had a walk around Catherine-de-Barnes and along the canal.  We each chatted with the folk on the boat moored the other side of nb Winton's Folly.  It turned out Anne was a quilter so we enjoyed comparing projects.  She suggested some quilt shops I could visit.  Later we chatted with a fellow walking by.  His friendly black Labrador had tried to come into the boat.  He was rather embarrassed but we were pleased to give her a fuss.  Her owner was happy to chat about his upcoming trip to Australia and New Zealand. 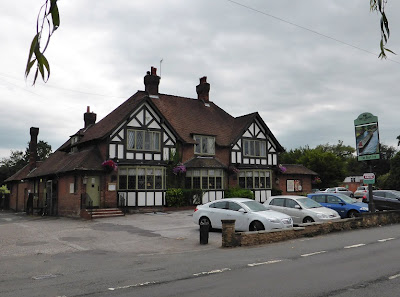 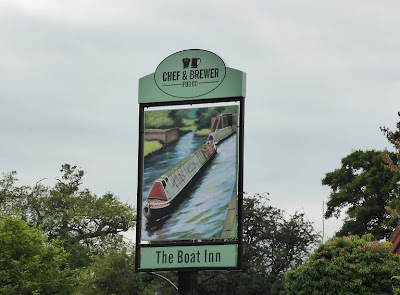 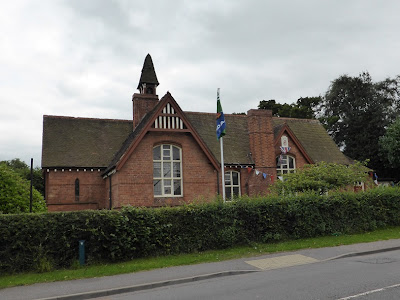 Earlier we'd passed a dutch barge for sale so I took a photo for Ray on nb Ferndale.  Moored just down from us we saw another nb Ferndale.  So those two photos are for you Ray and Diane! 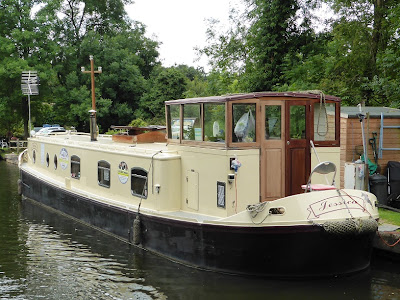 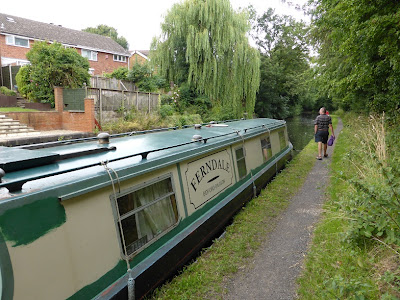