I have a lot of work on at the moment so that was my plan for the day.  Mick decided to walk into Stone to see if the boat builder there had some timber in the right colour so he could build a little cupboard in the space where we previously had the tv.

We had our Ocado grocery delivery coming today.  After telling Jim and Joan from nb Two Jays what a great service it was they'd placed an order for today too.  We'd selected 12-1pm (because it was the lowest delivery price when I booked it) and Jim and Joan had theirs for 11am-12pm.  I had a feeling they'd arrive together and at 11.15am Joan rang saying the delivery van was there and our groceries were on board.  I rushed out to find they were already loaded onto one of the marina trolleys.  Thanks guys!

It was a bit of an effort to get the trolley down the slope onto the pontoon without losing control in the snow.  Andy from nb Josephine looked up to see my struggle and came to my aid.  Another thanks!  Getting all the bags on board is much harder with only one of you.  Having to step out onto the pontoon for a few steps to get each load of bags I had snow everywhere by the time I was done.

Mick returned from his mission... no luck... and after a quick lunch I got back to work.  It seemed like no time at all after lunch and he was knocking on the side hatch window telling me to make coffee.  It was already time for the boaters tea party.  I only joined them for an hour so I could return to my work.  The day seemed to just rush by.

We took photos of everyone around the table and then a few more arrived.  There was new additions from our pontoon and also Dot and Gordon (nb Ewn Ha Cul) who were just back from their trip to see the Northern Lights.  Jealous!

A few from today :
1. Collecting the Ocado delivery - Jim and Joan
2. Tough ducks
3. They ploughed through the ice to come and get bread
4. Barry and Carol (nb Winton's Folly) and Diane... or should that be Toni (nb Ferndale)
5. Jim and Joan (nb Two Jays) and Roly (nb Klara)
6. & 7. Mick and I plus Ray (nb Ferndale).... something was very funny 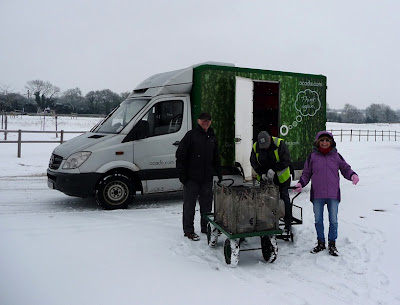 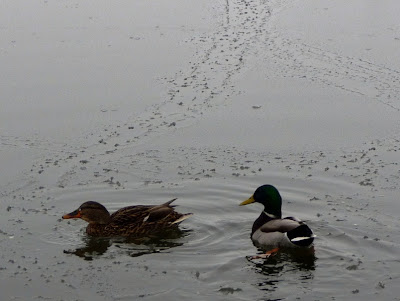 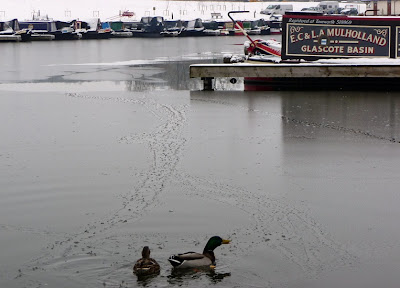 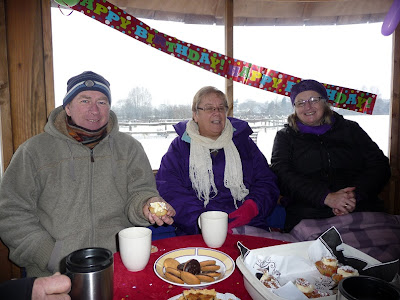 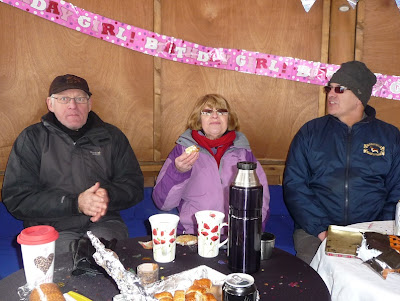 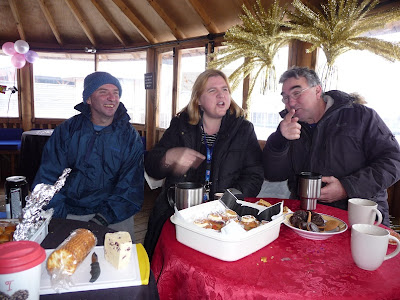 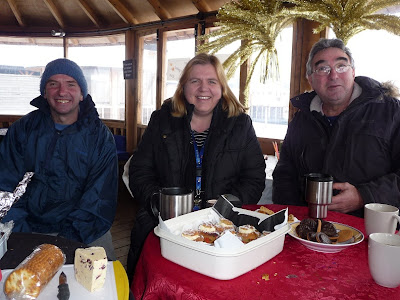