Not much to report today except that now we're both sick. We both slept badly and moped about all day... even missing the boaters afternoon tea.  I did persist with trying to get some work done but it took me twice as long as it should have.

Our Ocado delivery was early today.  They called and said they'd be half an hour before our slot which was fine with me.  Mick was still in bed so I rugged up in coat and boots to brave the sleet that was falling in big sloppy splats.  Negotiating the pontoon with the marina cart through the thick, sludgy, melting snow was an experience.

The only other useful thing we did was to top up the water tank.  It is expected to be well below freezing every night for the next week and day time temperatures not an awful lot better.  We're thinking we might get iced in.

Photos of our first snow 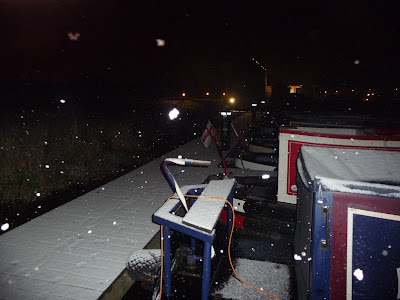 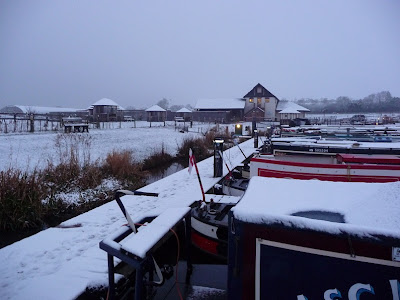 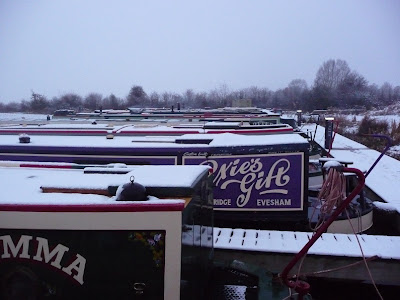 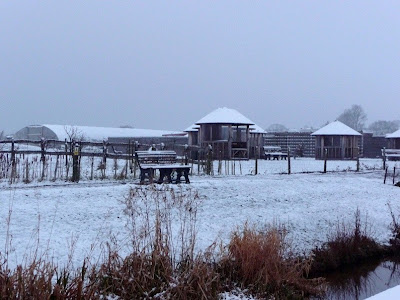 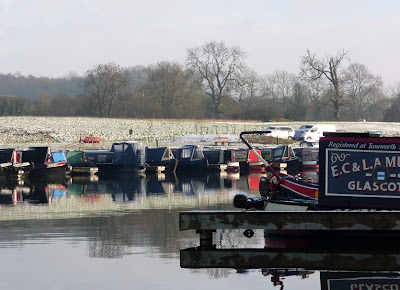